C&C 3: The Forgotten has unveiled three new units as well as two structures in-game or rendered for the first time. In addition, this update includes the first screenshot from a mission in the campaign. There are eight images included in all.

Over at C&C 3: The Forgotten on our sister site C&C Labs, we've got more to show you! As we work on this mod, we get the sense that we're working on something very special, both from a gameplay perspective and a storytelling one. While we hope to tell you more about the storytelling in the future, it's time to show you some of our new units and a new gameplay mechanic that we hope you'll enjoy. We've added three new descriptions to the Units page--showcasing the Bulldozer, Salvager, and Harvester--and two to the Structures page (Refinery and an updated Tacitus Library). You can view renders and in-game shots below. 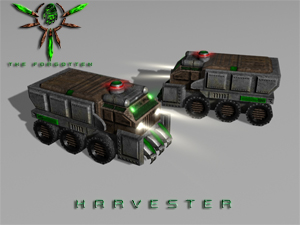 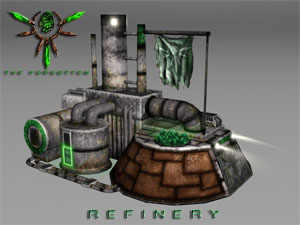 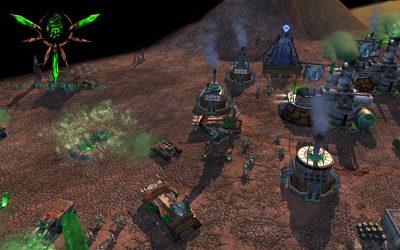 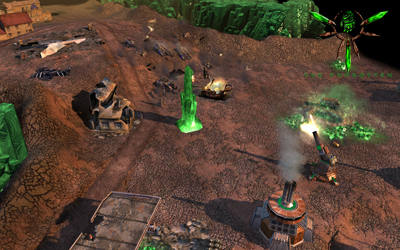 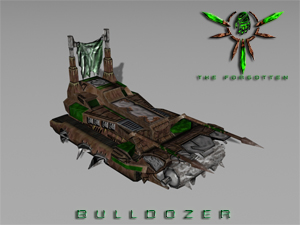 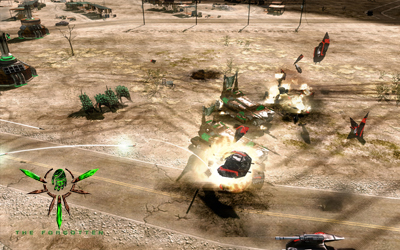 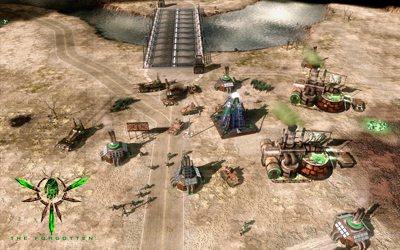 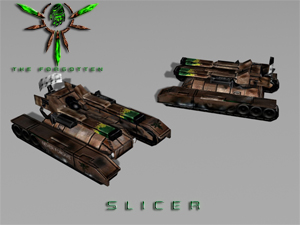 We also want to showcase the new gameplay mechanic of the Bulldozer. Of course, in Generals, they were used for construction. Not so here! They are merely raw machines of destructive force. From the description: "Resourceful as ever, The Forgotten regcognize the dual use of construction equipment. In an effort to add firepower to their army, they have taken vehicles previously used for construction, and instead modified them to be makeshift battering rams, capable of ramming with great force into enemy infantry, vehicles and structures. Advanced Forgotten commanders have also managed to run electricity through the spikes on the outside of the dozer, frying enemy units that get too close."

See more at our Moddb profile or learn more about our Units or Structures. Check back soon. We have another update almost ready to go for you, and then we hope to have a video with a special announcement included.

I'm really glad this isn't dead, it looks awesome. When are you going to start beta testing?

This looks really great! One thing though, about the news post, is that all the thumb nails link to the first picture ( Moddb.com this one).

beta comes when its beta time.

I was wondering what happened to the forgotten. I was worried everyone had um...forgotten about them. Keep up the good work!

Is Ghoststalker going to be in this ?

There will be a new Mutant hero, with his own backstory that will be told in the campaign.

You'll meet him soon, I hope.