After several years of development and the hard work and dedication of our fantastic modding team, the PiratesAhoy! community is proud to announce New Horizons: Build 14 Beta 1!!!

New Horizons has been in development ever since the release of Build 13 in early 2007. We have come a long way since then, adding much new content and many new features. Some of which were thought to be impossible to achieve, even by the original game developers themselves! While some of these features have been around since the first early stages of Build 14, there have been many new enhancements and additions in just the last couple of months. 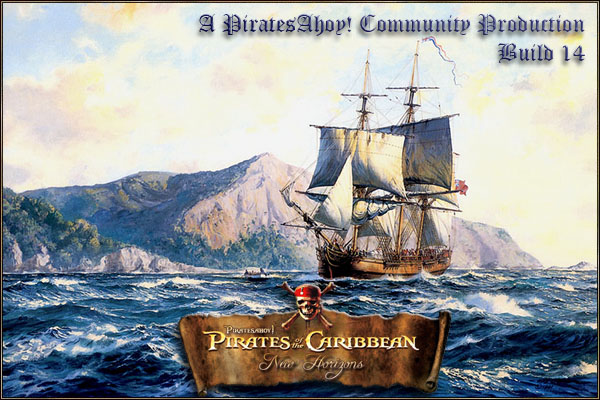 For the first time, the Build is also being released with PDF documentation.
That's right, we have our own full-blown set of manuals!

The main game manual gives you a bit of history of the Build Mod, and a brief history on piracy, and also shows you how to play the game in a very unique way! There is also a manual with as much of the build history as we could dig up, and a full set of coding tutorials that will help teach you how the builds have been put together.

The additional Ship Recognition guide will help you more easily identify ships and give you an idea of what each ship is capable of from much more than just a statistical point of view! 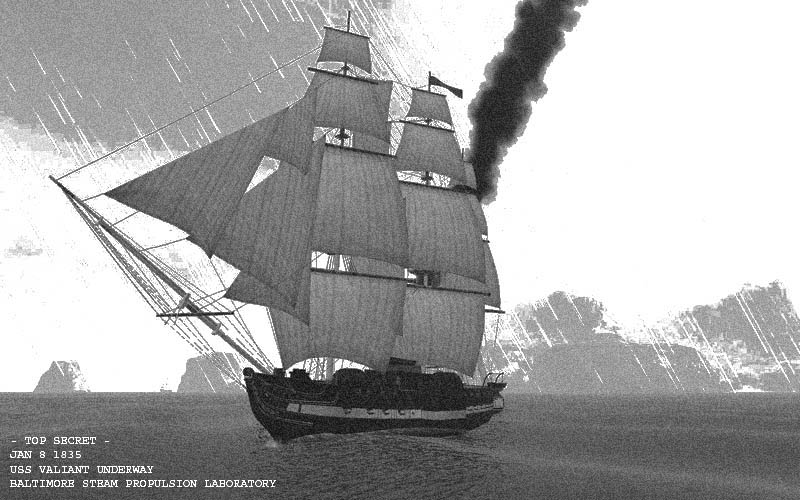 There have been several additions to both game play and content over previous builds, and you will find the Caribbean to be much more vibrant and alive than it ever has been before! A few of the more recent additions include: 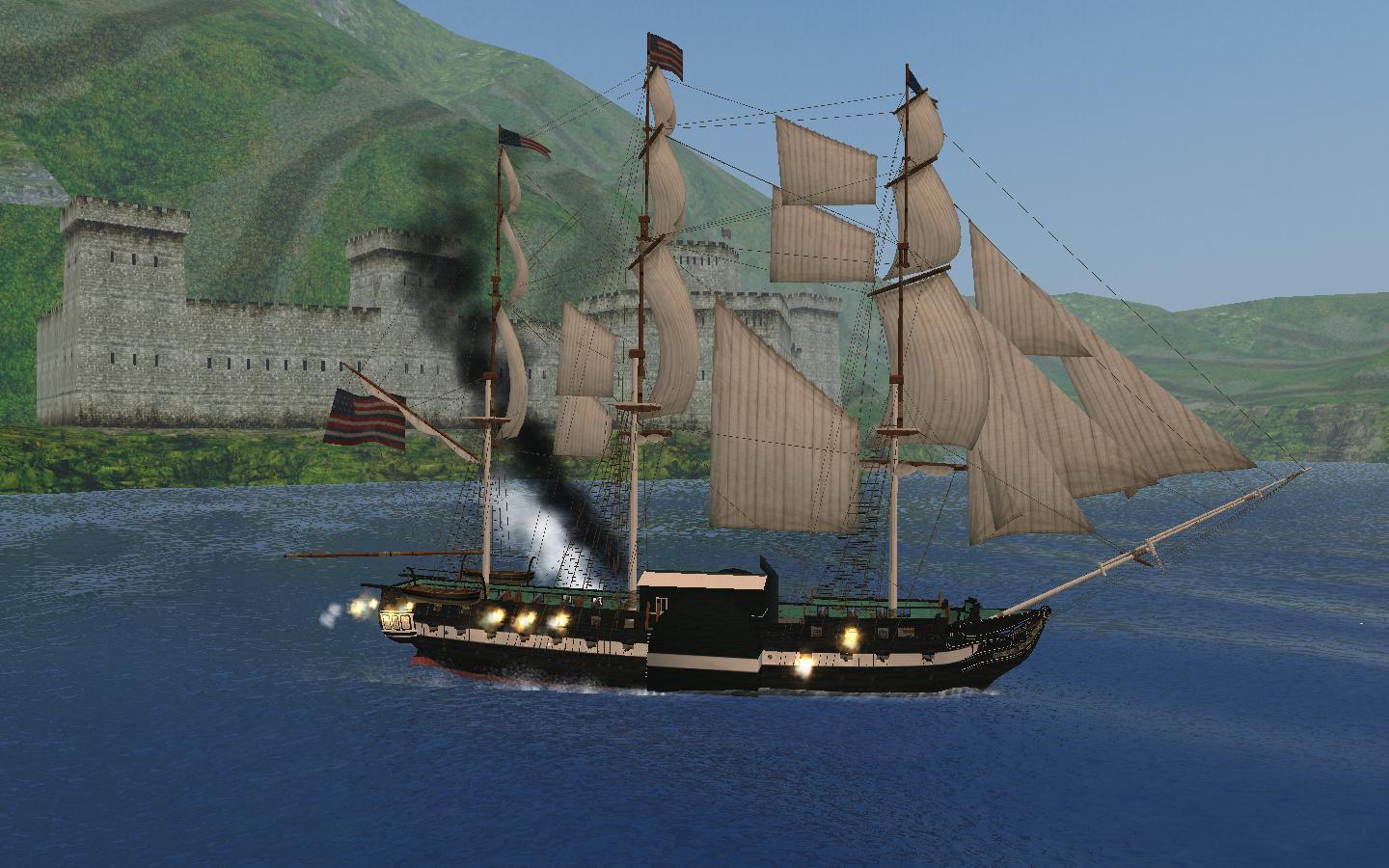 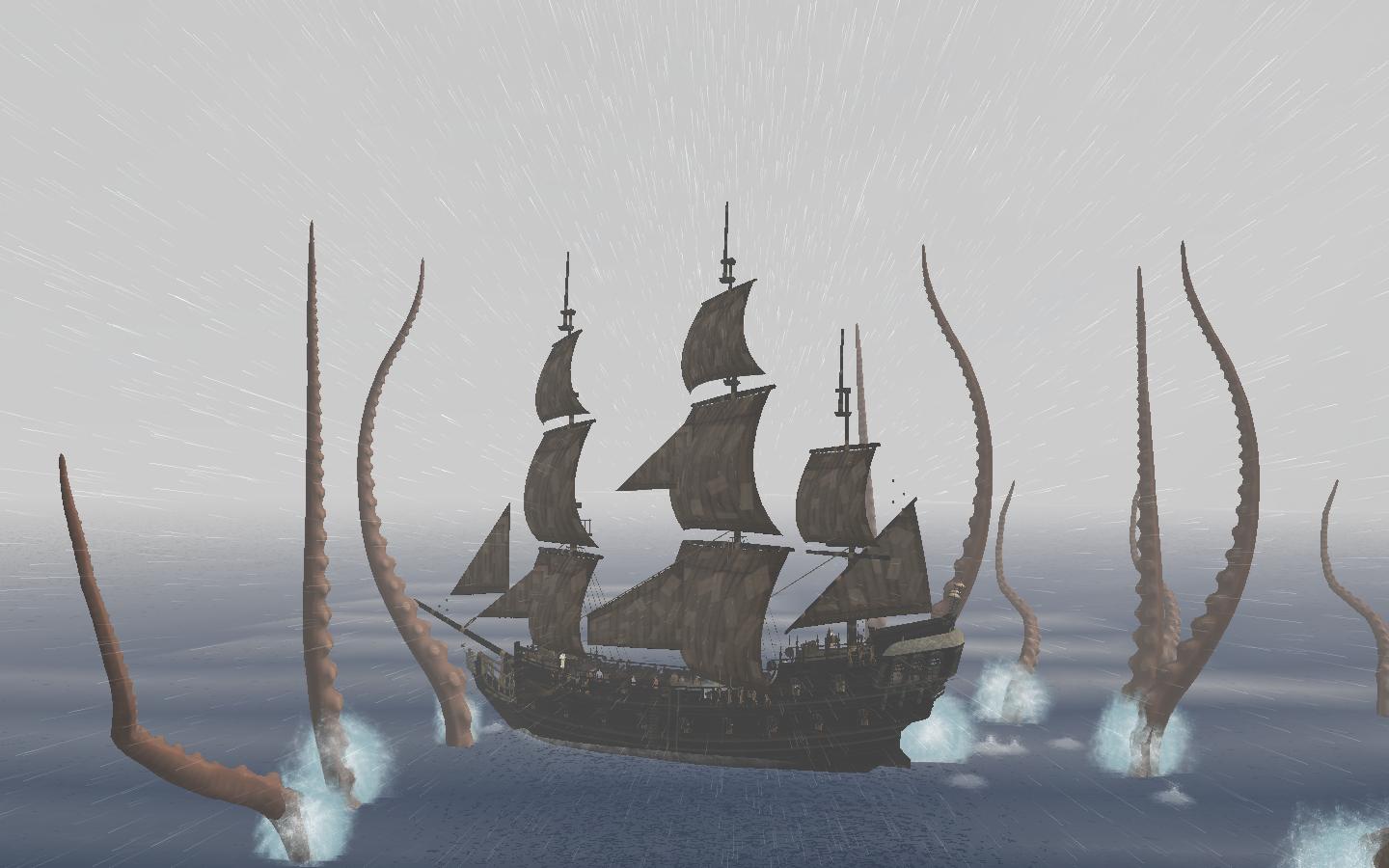 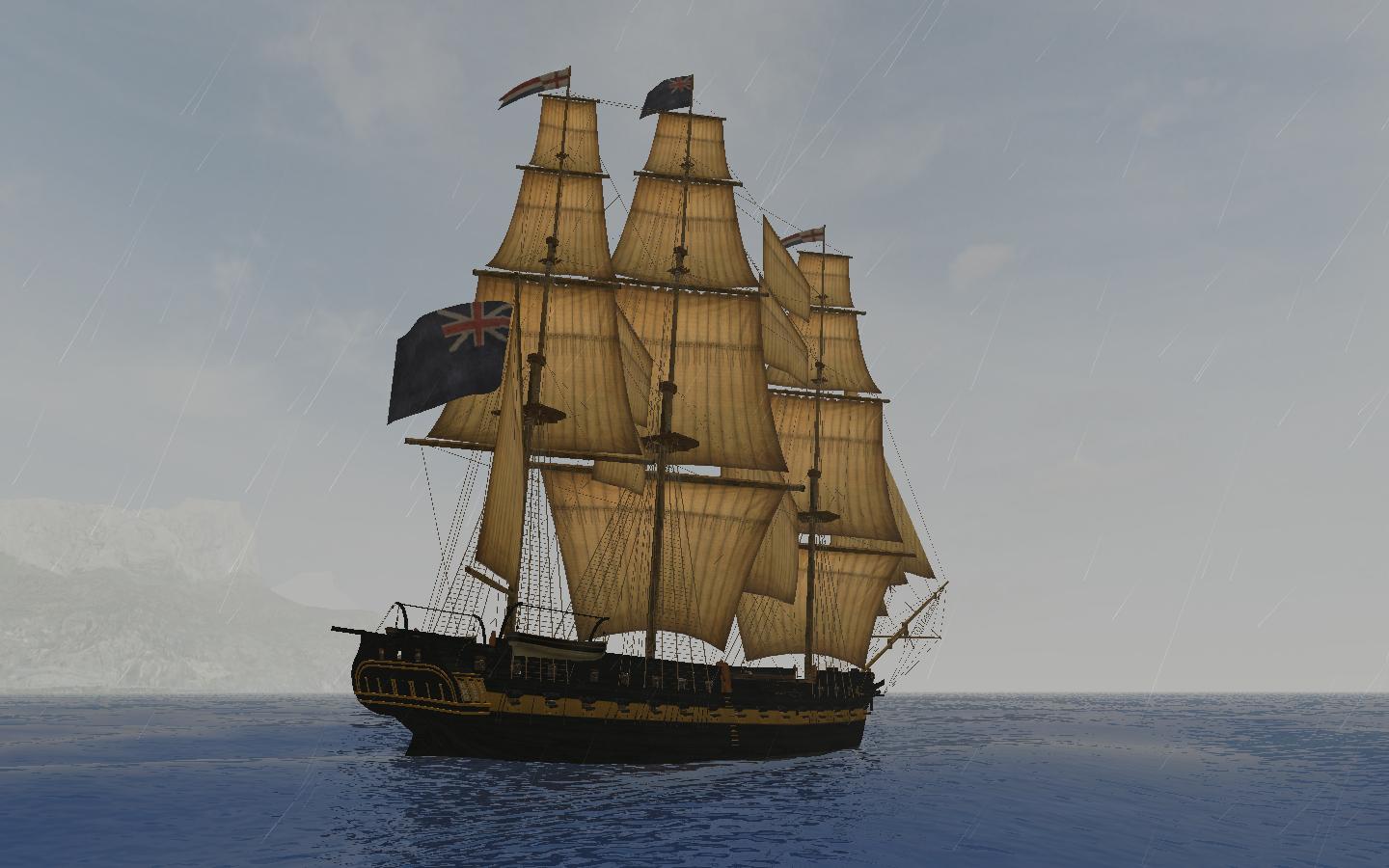 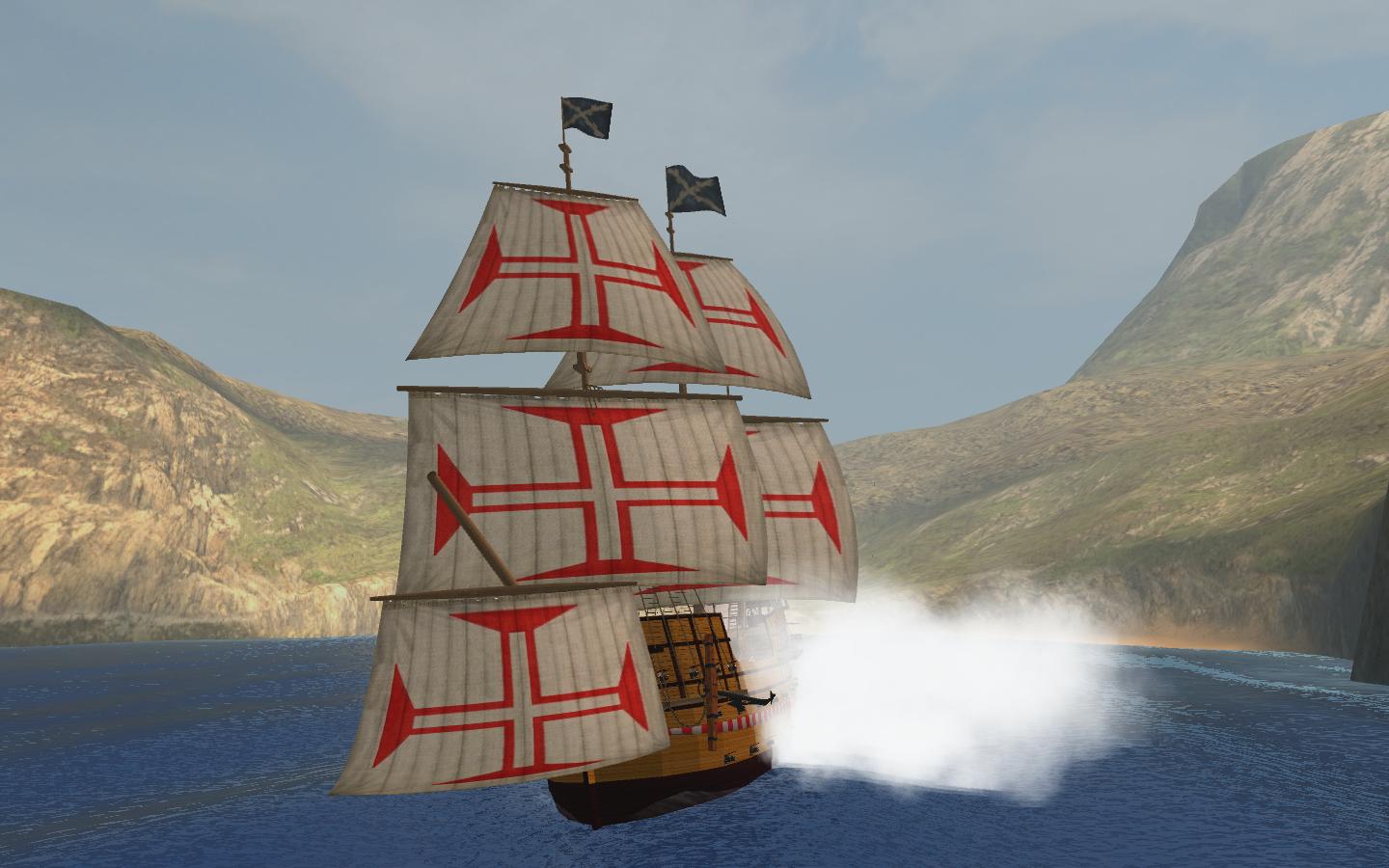 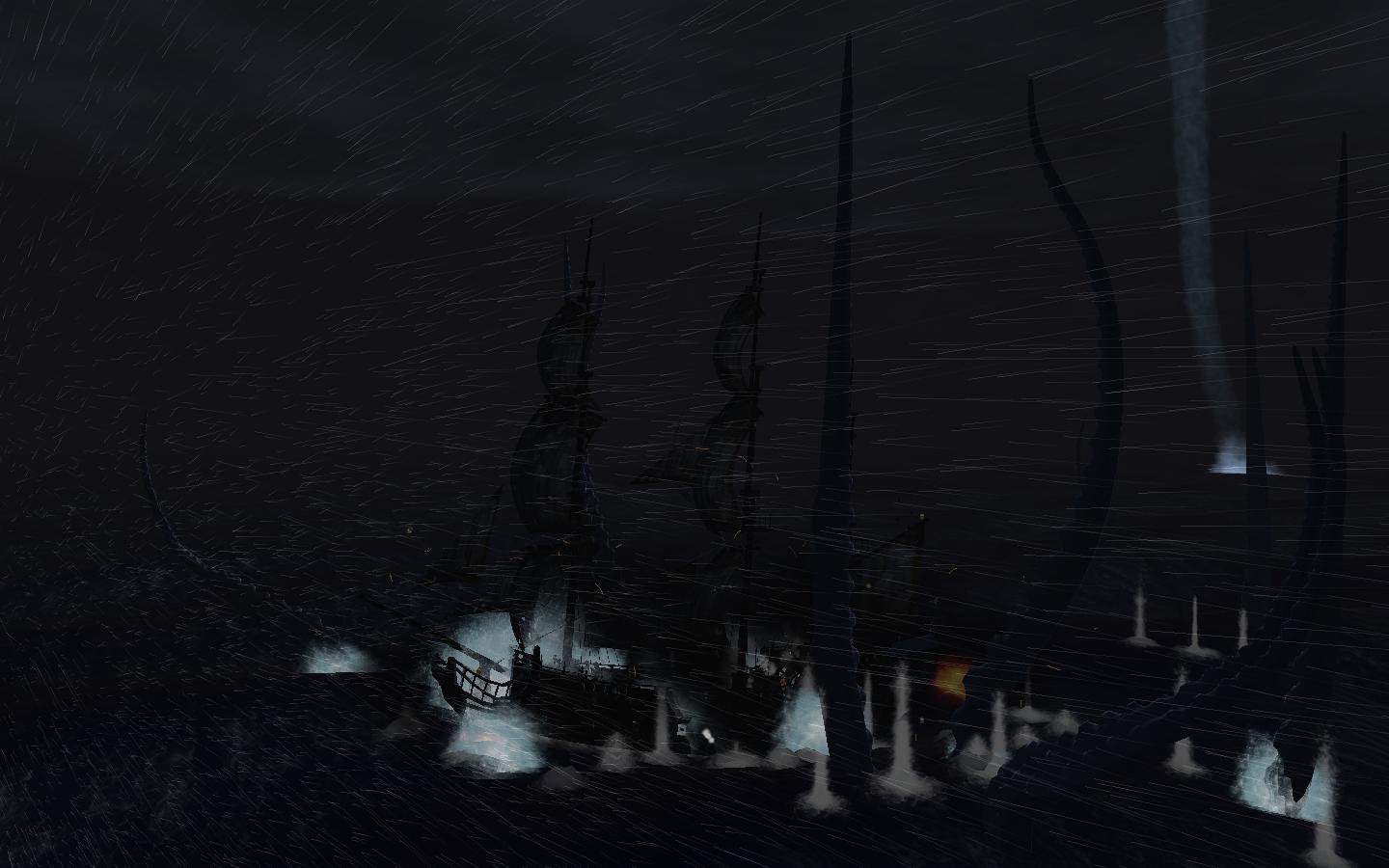 We have also added two additional options that may help improve the game's graphics on some computers. These are not selected by default during the install.

Swiftshader is intended as a fix for mobile Intel graphics cards ONLY!
Do not install it if you are not using an Intel mobile graphics adapter! 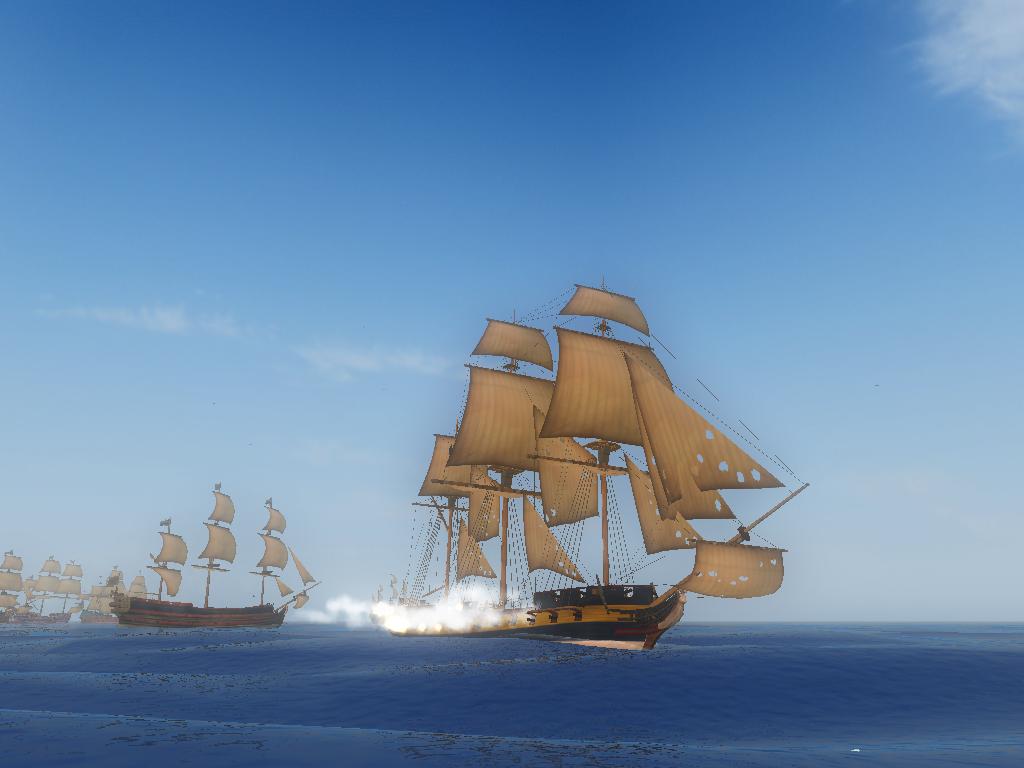 ENB Improved Graphics was originally developed by Vorontsov Boris for another game,
but has been reworked by one of our PiratesAhoy! Community members to work for this game.
It is possible to change the default settings further, though lots of care has been put into achieving the best settings for this particular game. Refer to the accompanying ReadMe files. 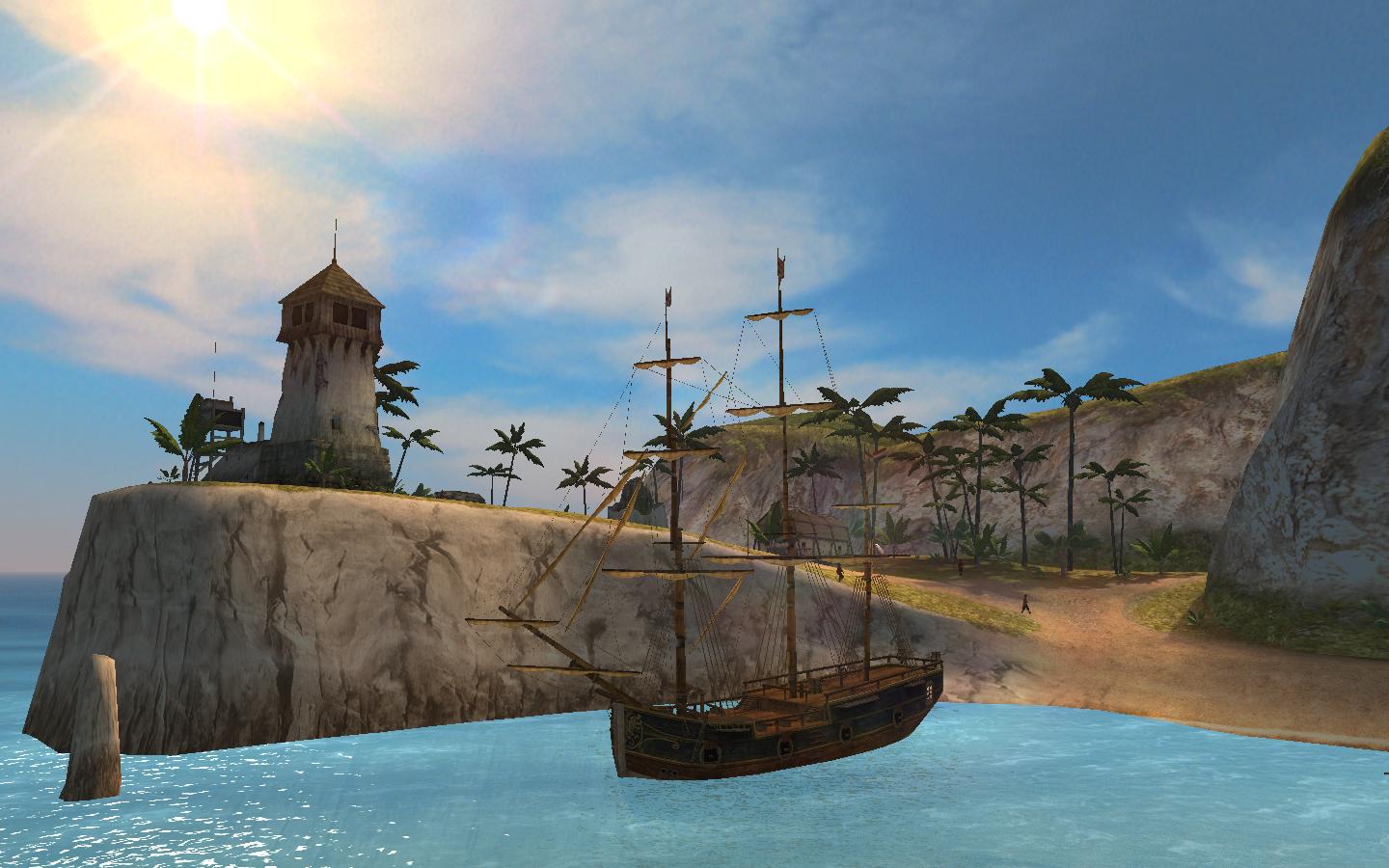 Of course, this IS a Beta! Please keep that in mind while playing and SAVE OFTEN!
If you run into problems or spot bugs, please let us know on our PiratesAhoy! Community Forums!

Good to see our progress documented;

I applied the custom bow decor and steam frigate's nationalistic emblems on the paddlewheel after Takeda-One finalised the hull texture. The deck used in the finalised "United States type" late 18th to early 19th-Century battle frigate is of course from the "Weathered Constitution" project by KroKoDyl here:

Prior to this collaborative effort we have SuperChango creating a temporary skin in scarlet livery for the steam frigate.

FYI steam frigates are late period only, rare encounterable vessel and may be purchased as a class 3 navy ship (letter of marque and naval rank required).

For anyone who has tried the beta, do report any issues and concerns large and small on our forums.