The game has been completely converted to an Apple II mode.

In honor of the 35th anniversary of the release of Ultima IV for the Apple II, Trinity has been converted to an Apple II graphics mode!

Now, it is not entirely in ‘honor’ of the 35th anniversary. It is just something I have been leaning towards since starting this project.

The Dos graphics/mode has never grown on me, despite clocking in more hours playing/testing/building it than I did with the Apple II game. The Apple II original has always held a special place in my game experiences. It also looks cleaner, and simpler, something that appeals to me. And it is the original. The ‘real’ Ultima IV!

So, Trinity will now be adopting a complete Apple II mode.

This will not be toggleable, nor is it easily reversible. It is fully committed to this conversion.

This conversion is not just graphics. Oh no sirree. It also includes changes to the interface, fonts and aspects of the gameplay. Let’s take a look: 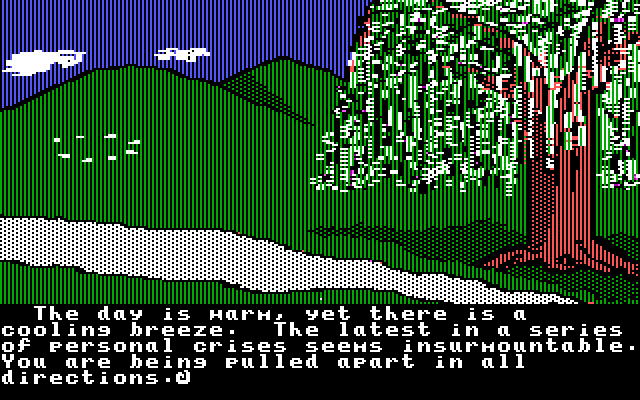 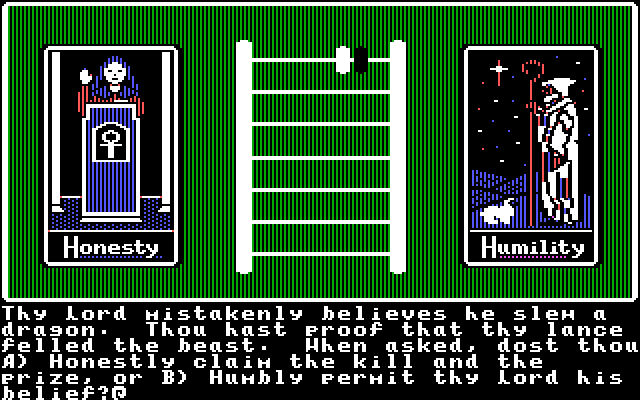 This took a bit of work, and was certainly not just a resizing in photoshop. Nope. 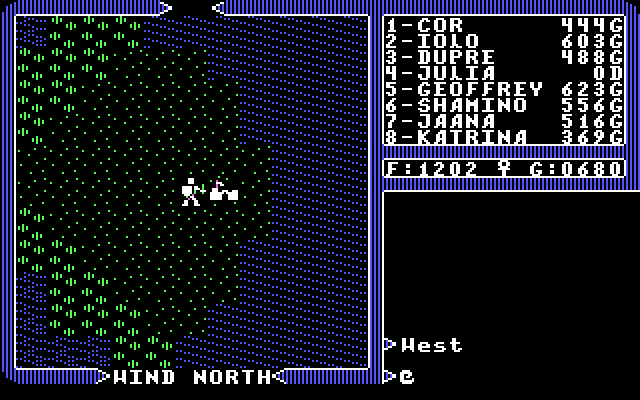 I didn’t go all in with this one, but rather struck a balance between how the text is handled between Apple ][ and Dos. Titles are all capitilized now, but much of the mundane text remains lowercase.

One feature of the original I enjoyed was the timeouts that occured if you took to long to take an action. It brought a bit of intensity and immersion to the game that is missing when you the whole world just stops to await your action.

Along with time-outs everywhere that they were in the Apple ][ original, I tweaked all the spacing and formatting of the text input/output. It is not 100% accurate, but very nearly so in most cases, whether it be dialogues, shopping, combat, etc. 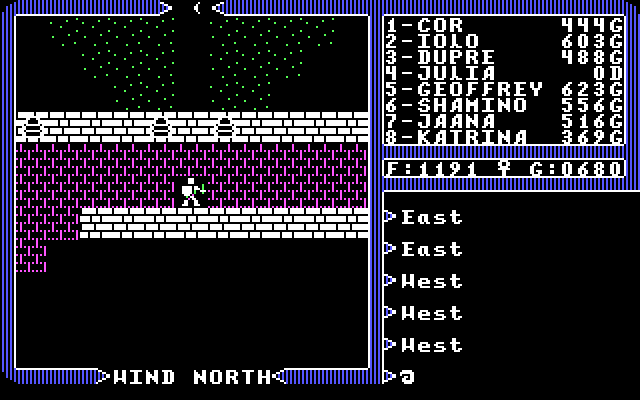 This took a good chunk of work. But well worth it I think! 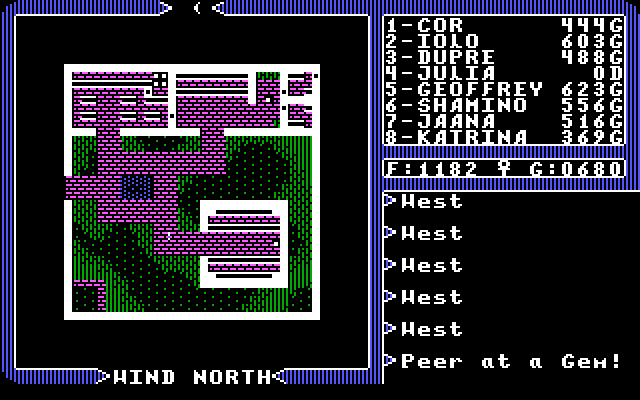 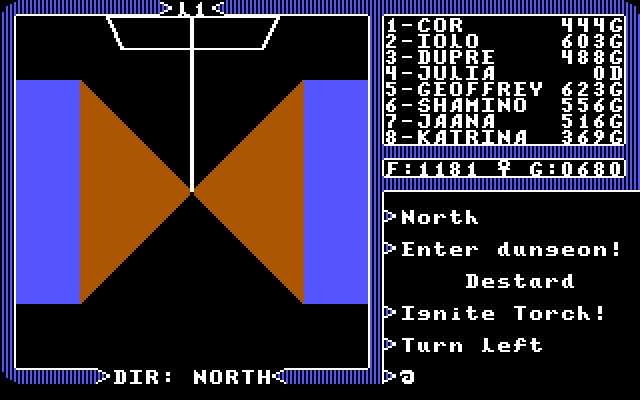 The orange just brings out the feel of danger! 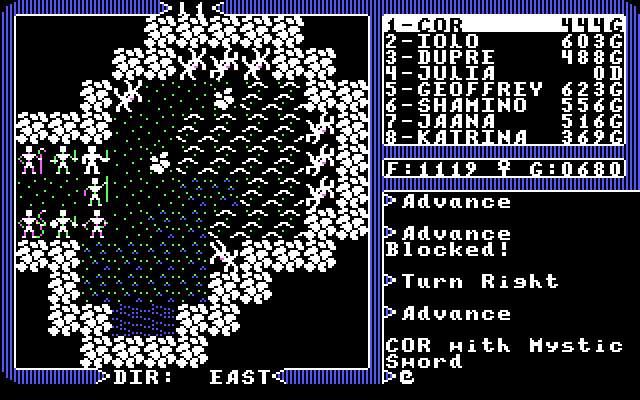 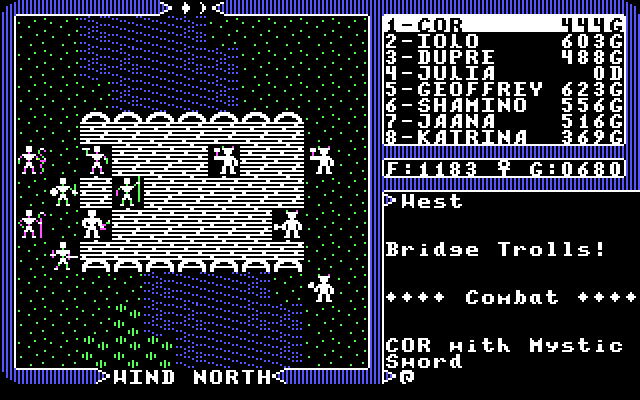 So there you have it! Fancy Apple ][ Graphics mode! I’m sure everyone will just love it. Don’t think any C64 gamers will be bummed out…people who prefer the DOS version should be…er…elated! Who needs 16 gaudy colors anyway? Bleeckh!