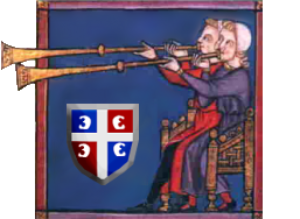 With Rise of Kings 1.3 coming around the corner, I've decided to reveal a little more on what is in store for you folks!


When we first brought out Rise of Kings 1.2, we felt that there were still many areas that needed to be reworked. Despite the new models introduced, there were bugs associated with some of the buildings, not to mention transparency glitches, the Bohemians weren't that interesting, almost one-third of the factions of Rise of Kings were rather dull. It is hard to say that the Mongols were fun to play with especially given the near-lack of unit diversity they had - all they had were just three unique units, and little more than that. Ditto the Saracens, who had weak pikemen and even weaker cavalry archers.

So in order to enhance gameplay further, we decided that we could insert units whose availability depended on your political preferences, which was perfectly understandable. No more will politics be merely about unlocking a newfangled leader unit and some civ-wide bonuses! in Rise of Kings, the decision to install either a Republic or a Monarchy will be a vital component in strategic decision making for various factions, especially the two Arabophone factions - the Saracens and the Moors. These two factions now have a series of new units to play with:

The power of Islamic empires sometimes rested on obtaining an oligarchic consensus from the many smaller tribes and clans which presided over a certain region, such as the taifas of Spain. The Bedouin Horse Retinue is drawn from the ruling classes of the lesser nomadic clans, and is best described as a "chivalric order unit" with a short-ranged, low-frequency missile attack, capable of rallying units to stay longer in a fight. These units, however, form an elite corps of cavalry, and for this reason only the richest and most devout factions which rely on consensus as opposed to authoritarianism can hope to muster them from a nearby mosque.

In contrast to the Bedouin Horse Retinue, Tabardiyyah Infantry are not drawn from Arab tribal confederates, but are slaves and mercenaries recruited from the lands east and north of the Black Sea. Trained to perfection, and under the will of a single ruler, Tabardiyyah can constitute a powerful corps of heavy assault infantry, meant to both disrupt spear formations and gaffe cavalrymen off their mounts, but only the richest and most evangelical of Sultans can hope to recruit these men on their side, and a Nobles' Court must be built to host them.

Islamic factions aren't the only ones which will have the ability to "customise" their armies through politics. We also wanted more realism in our game, so the government system for the Muslims is also being applied to the Italian factions as well as the Burgundians, Byzantines and Mongols.

With Bohemia removed in favour of the more interesting Serbian civilisation, the old armed logistical units are being given to the Mongols, Venetians and Papal States - but only if Republic was researched. The Mongols, however, are being fleshed out as a true empire and so if Monarchy was chosen instead they get to train two heavy cav archer units from the Nobles' Court.

Of higher rank than the Keshig and Tarkhan castes in Mongol society are the Noyan — the governors and commanders of Mongol forces, fighting as heavy cavalry archers but also capable of boosting the attack strength of nearby friendly troops. Because the Noyan are recruited by bypassing the traditional tribal structures of Mongol society, you must have researched Monarchy and Imperial Mandate before you can expect these fearsome warriors to make an appearance.


In addition to the all-new government-based units, we also have a new stock of toys, although the coding for them isn't quite perfected yet for them:

The first of all siege machines available from the Siege Workshop, the Battering Ram is the very first and foremost siege weapon that you may construct, and is also the cheapest. The battering ram has a rather high amount of hitpoints and armour, making them ideal for absorbing enemy fire especially if attacking enemy buildings.

These war dogs are trained by the Spanish for use against unarmoured targets, such as Moorish tribesmen and Aztec warriors who did not have metallic armour. These large and lumbering killing machines proved to be a conquistador's best friend in the wilds of the New World when the Spanish began their quest for colonial hegemony beyond the Atlantic Ocean.

Mongol success also stimulated some interest in light cavalry combat in the Late Mediaeval Period, but for those who could not do so, they could always recruit Mongols whereso needed as the khanates began to politically dissolve. As such, Tatars can be recruited as mercenaries by those with contact with the Mongols, notably Russia, Poland, China and Byzantium.

New units are just the tip of the iceberg, however: Patriots now have more culturally correct unit icons! gone are the days of Asian patriots wearing western-styled crowns - they all have their own special icons to give them that extra aesthetic oomph which they did not have previously. New skins have also been created as well for quite a number of unique units as well, such as the Chinese Shenbinu corps and the Russian dvor.

Once more, we have also decided to insert a new faction to replace Bohemia - thus we decided to bring in Serbia. There are several reasons for doing this:

So we decided that Serbia would be ideal. This would help pump up the number of Orthodox factions to four, as well as the number of Eastern European factions to approximately around the same number as well. The Serbian faction will be replacing the Hungarians, with the Hungarians taking over the original bonuses of the Bohemians, who apart from their claim to fame with the tactics of the Hussites seemed rather bland, although they were quite the power in their heyday during the 14th century. The Bulgars were also considered but rejected because they didn't last quite as long as the Serbs, and their tech tree would've meant borrowing units from other factions, whereas the Serbs have three new units, which upgrade faster than any other faction thanks to the Serbs' unique cultural bonuses.

The first Serb army you will ever recruit will be mostly dominated by the Byzantine-style Scolarios like Venice and Sicily, but will also have its own indigenous infantry component, the Ratniky. In the future they may have an attack bonus against regional infantry units of the Dark Age, such as Caucasus Huntsmen and Feudal Retinue. Ratniky are also available in mercenary form to the Poles and Norse where they are repackaged as the Balt Spearman.

Voyniky are the upgrade of Ratniky - they don't differ much from their Spear Sergeant peers except in that they are cheaper, and later would be able to kill most non-Imperial regional units, not just infantry or Dark Age units.

Pronijari are the "Trooper" units of the Orthodox factions, being powerful and less technologically complex - but they train far more slowly, making them somewhat difficult to use but ideal for a cash-strapped kral or knez who just can't stump up the Wealth required to recruit the Pronijar's more famous cousin, the Huszar.

Ayup, but this is only a "test" sample. Future updates will include less glitched out buildings, the last batch of units to be added, as well as proper balancing to ensure that the units are working as they should, especially the battering ram and the dogs which could also tear apart buildings like infantrymen :P