Long time no see! Some new features, and some graphical work. All good stuff. Promise!

(( Looks like Indie DB changed the way GIFs are handled. If you want to see the missing GIFs go here: Forums.tigsource.com ))

Hey! Look! I'm alive, and so is the project. Sorry for the silence on here. If you've missed me and want to see more from the game more often, be sure to follow my Twitter: Twitter.com

It takes a bit more effort to write something for the DevLog, and I like to focus my time as much as possible on actually making the game.. so... yeah.

Anyway! Here's a quick summary of some of the stuff that's been going on since last time.

I give to you: The Skateboard. So this one seems to be a bit of a crowd pleaser. There will be moments where you can use a skateboard and shoot bad-dudes at the same time. Because.. why not.

So after thinking about more cool things you could interact with in the game I thought of doing barrel running. I like the barrel because it can be used to run over enemies or if a barrel is placed above an enemy you can shoot the barrel to make it fall down and take out the enemy below.

I've been wanting to add kicking/melee for a while. I used to have a punching thing before, but it didn't feel right. I finally figured out a way of doing kicking that makes sense with the game. I'm quite happy with the fact that you have to "aim" your kick, or that the kick follows the direction you aim in.

This is the latest addition. Basically when doing play testing a lot of people were trying to do the split aim while swinging and later realizing they couldn't because one of the hands are used to grab on to the rope. I had a little think and thought it would be cool if you could grab the rope with your legs, freeing up both arms for split shooting.

I'm just including this GIF to show how some of the visuals have progressed. I'm quite liking the colour scheme going on in this level. 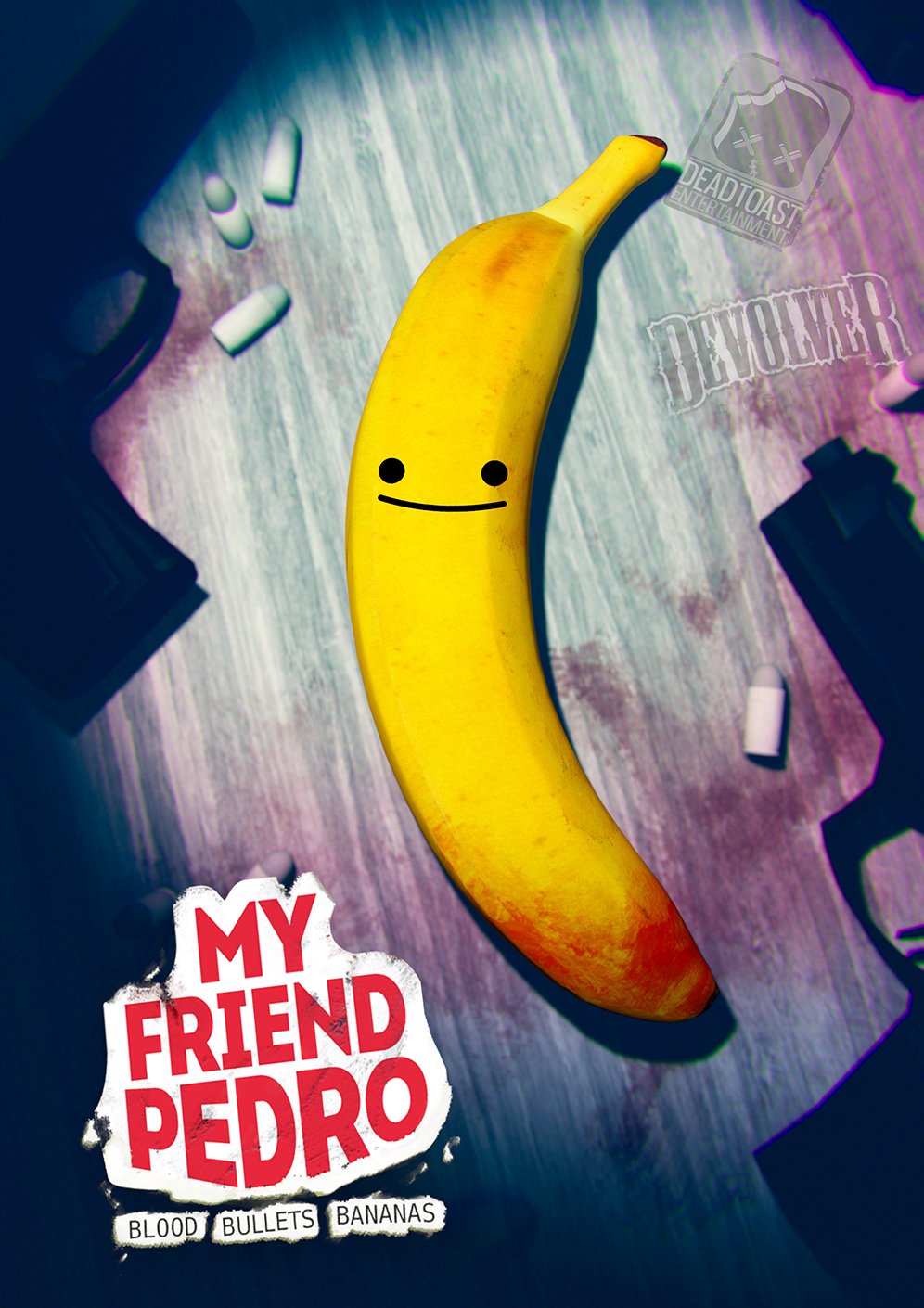 I also had a quick go at making some promo art. I went to Gamescom in Cologne a month ago, or so, and needed some flyers. It was amazing to meet developers from all over and even a couple of fans showed up which totally made the whole trip for me! It makes me so full of motivation knowing there are people out there who not only play stuff I make, but actually enjoy it! No feeling quite like it.

Aaand that's it for now. Don't forget... For more frequent updates, be sure to follow Twitter @deadtoast_com
Baaiiii

Looks awesome! I remember playing a much earlier version of this on maxgames.com. Loved it :) And this simply looks awesome!

Finally,also, where will be some other enemy types?

Have a look through the previous DevLog entries and you'll see some of the other stuff in the game. :)
(Note some of the things might have changed or got removed)