A spur of motivation ran over me, so I proceeded to look into a few areas of the map, and ended up doing a lot more than I intended...

Once again I've spent time on fine tuning the map, looking into very detailed geographical features especially around the fjords of Norway (again), but also ended up completely re-modelling the rivers in northern Sweden and tweaking some other areas - including the addition of some more important sites for settlements than before.

Then I started tweaking some unit balance as well, and continued on to buildings and economy, so everything has moved several steps closer to a release suddenly.

The AI will no longer use the shieldwall formation, since extensive testing has shown that the ability tends to do more harm than good (the regular defend ability being far superior for the purpose of holding a line and reserving stamina).

Recruitment buildings now tend to lower the tax income (archery ranges and stables also reintroduced) while several other buildings (traders, smiths, etc.) will have positive effects; the building tree has seen a little overhaul as well, with new requirements for some etc.

Here are some screenshots of the map (WIP): 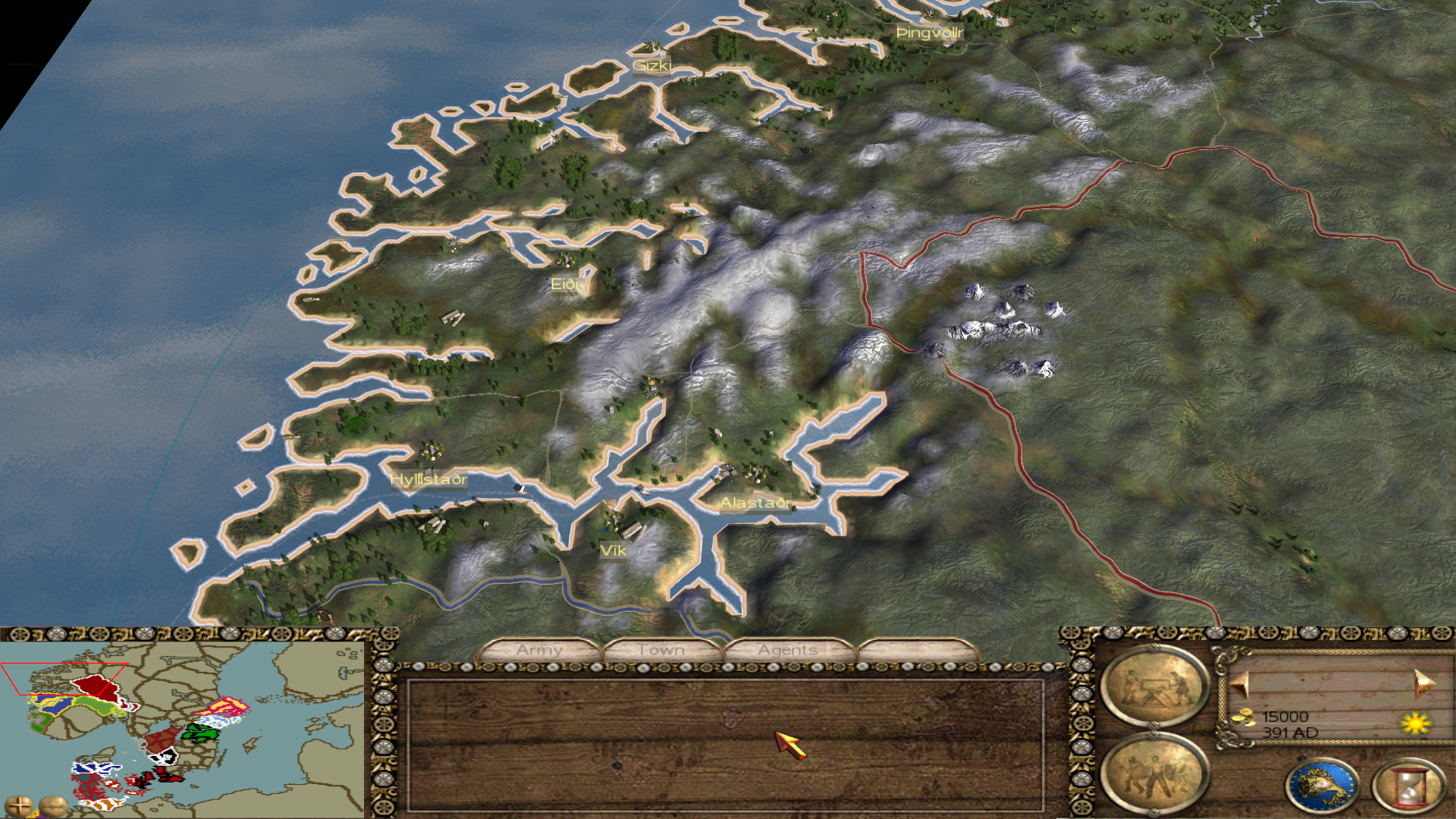 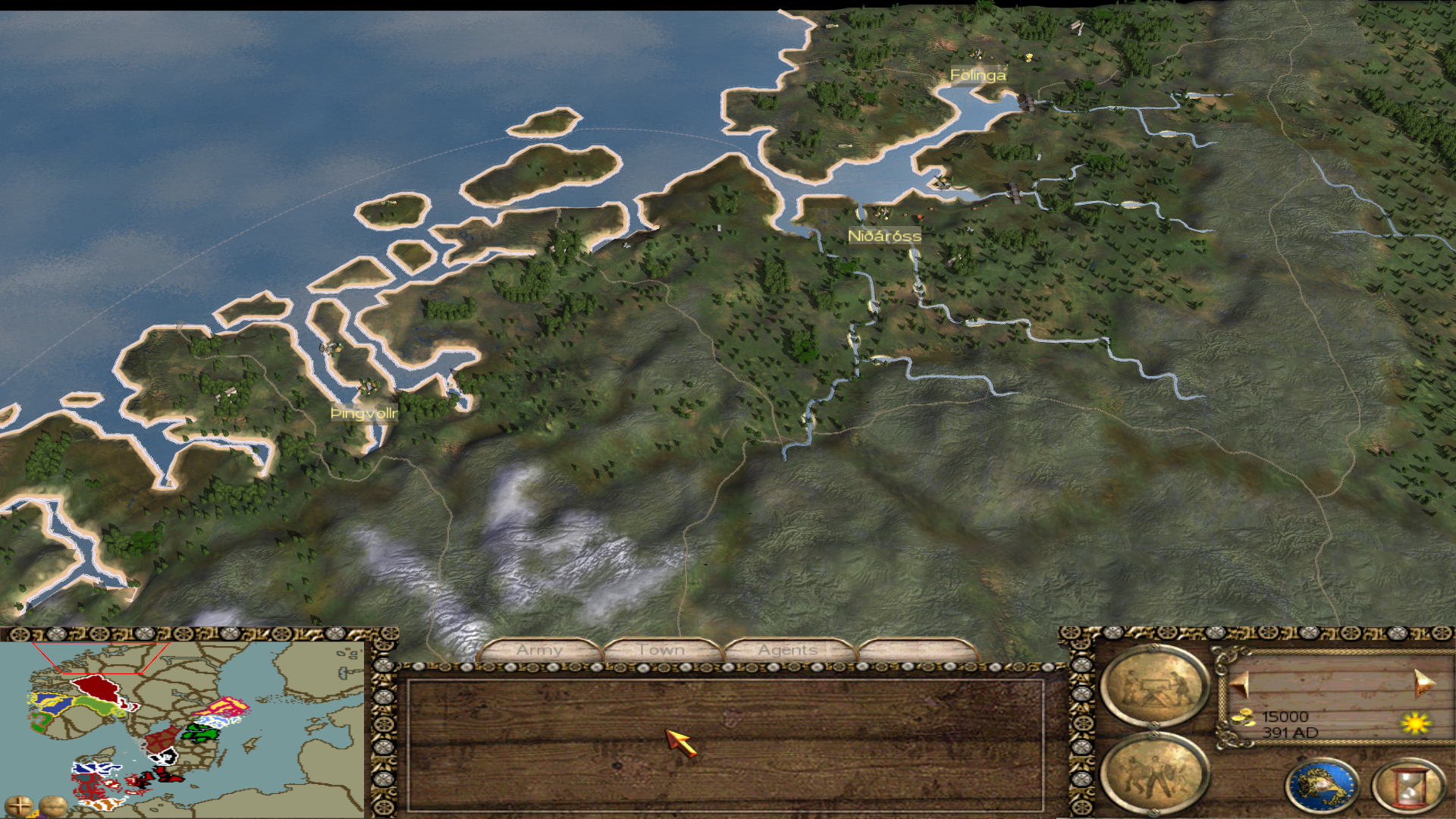 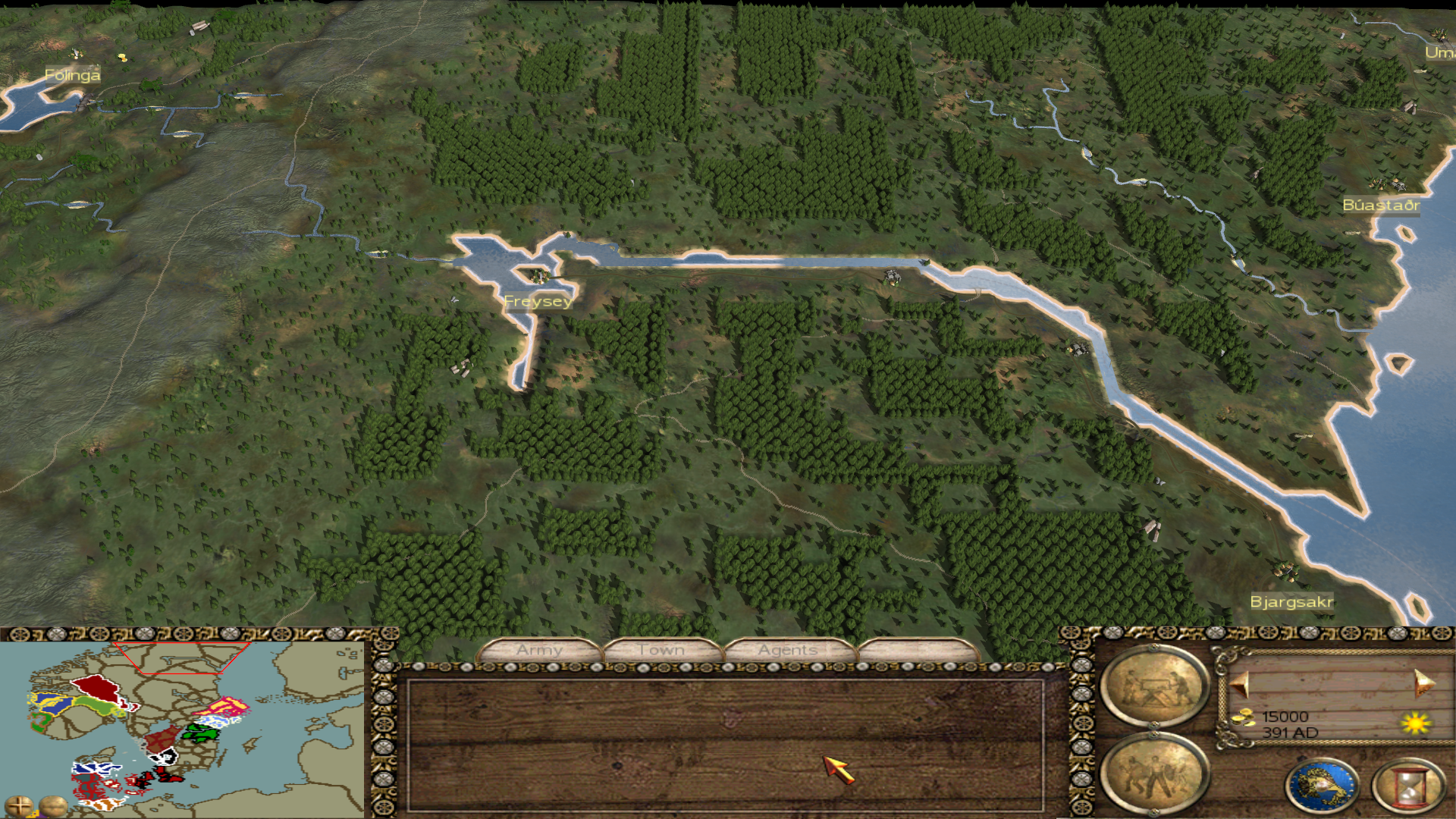 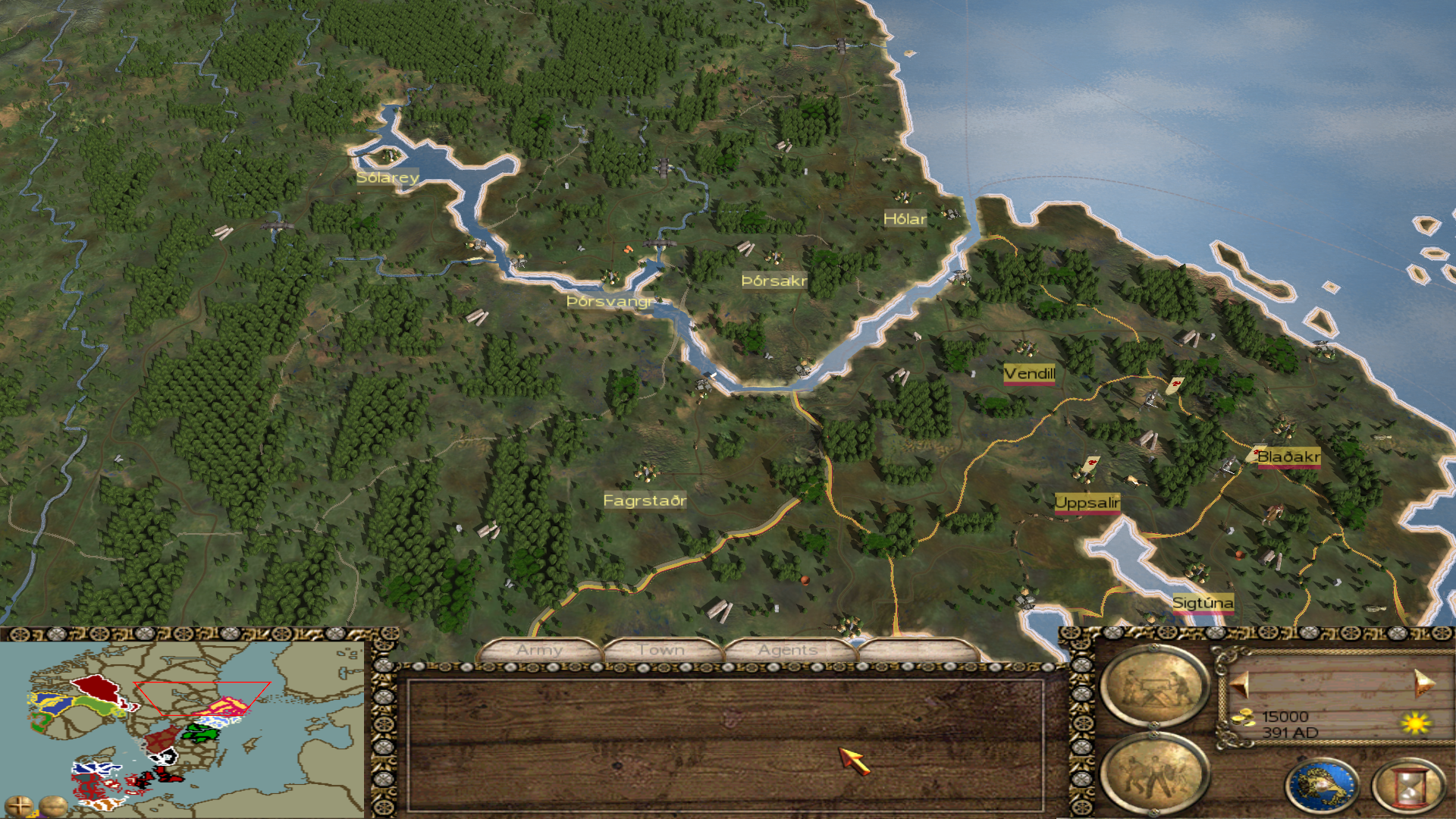