Reforms are an important part of Kings and Conquerors: The Hellenistic Era, allowing players to upgrade their army without having to advance to another age. 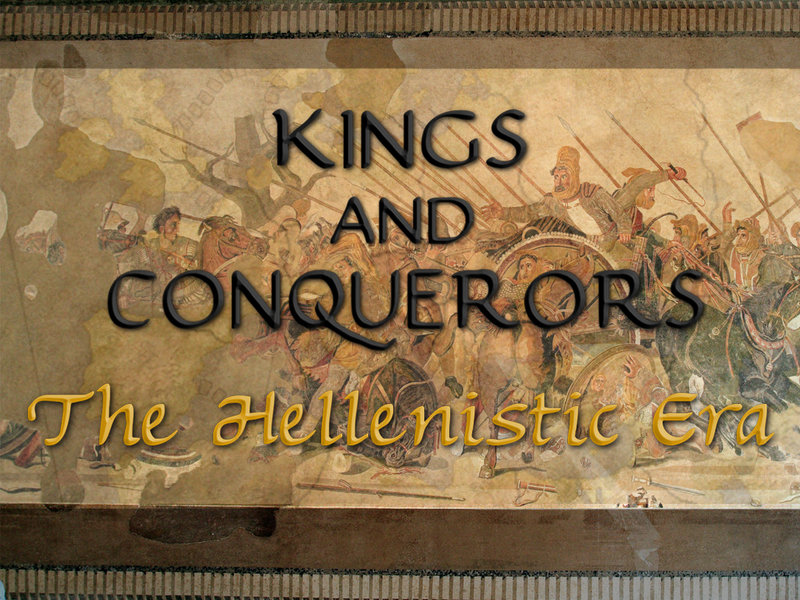 Because Kings and Conquerors: The Hellenistic Era is set in one age, there will not be the normal age-based unit upgrades. Instead there will be two "reform" techs, available one after the other at the palace. Researching a reform tech upgrades some units, such as the Seleucid Hetairoi, which upgrade to Hetairoi Kataphractoi, and enables others, such as the Hellenistic Thureophoroi and Thorakitai.

There are some big differences between the reform system and Rise of Nation's original upgrade system. Firstly, this reform system does not affect all your units, it only affects some of them. Secondly Not all nations can access both reforms, and the number of units affected by reforms depends on your faction. 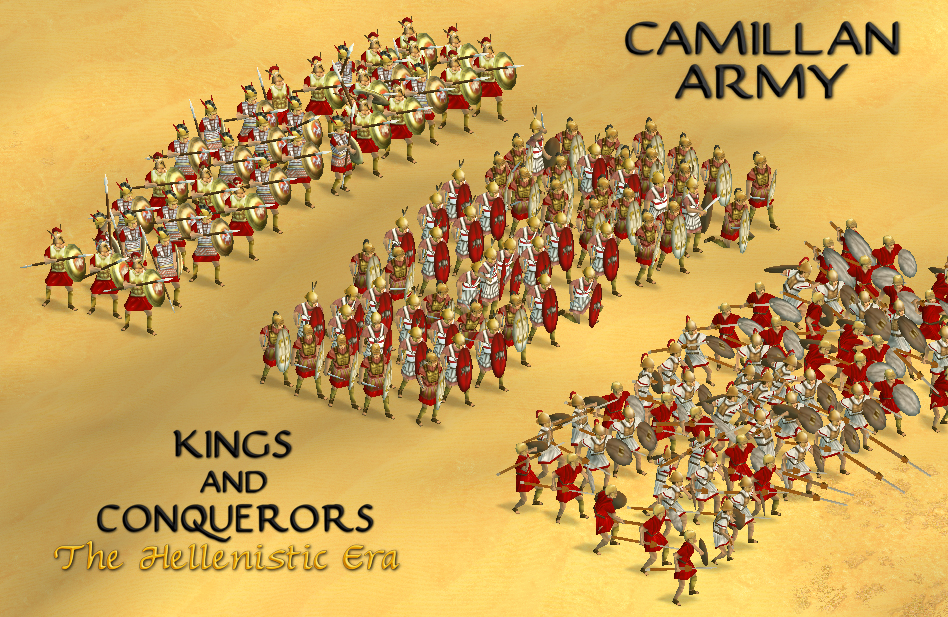 The Romans are perhaps most affected by the reform techs, with their army at the beginning of the game being drastically different to their army at the end. The Roman army starts off under the Camillan system. Camillan Roman soldiers are decent, but will struggle against most other unreformed enemy armies. 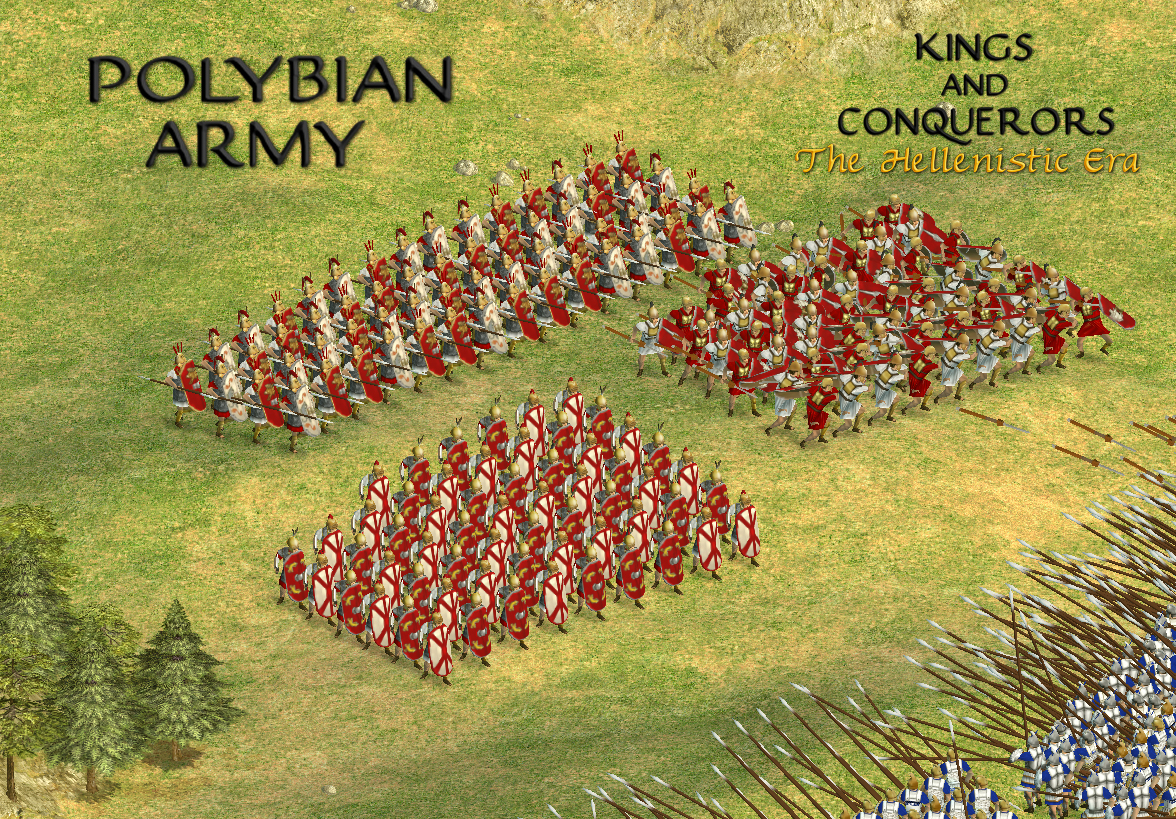 For Rome, the first reform tech represents the so-called "Polybian Reforms" of the 3rd century BC. This tech upgrades most of their units, allowing them to perform much better in combat. As well as statistical upgrades, you can see that reformed units also take on a new appearance. 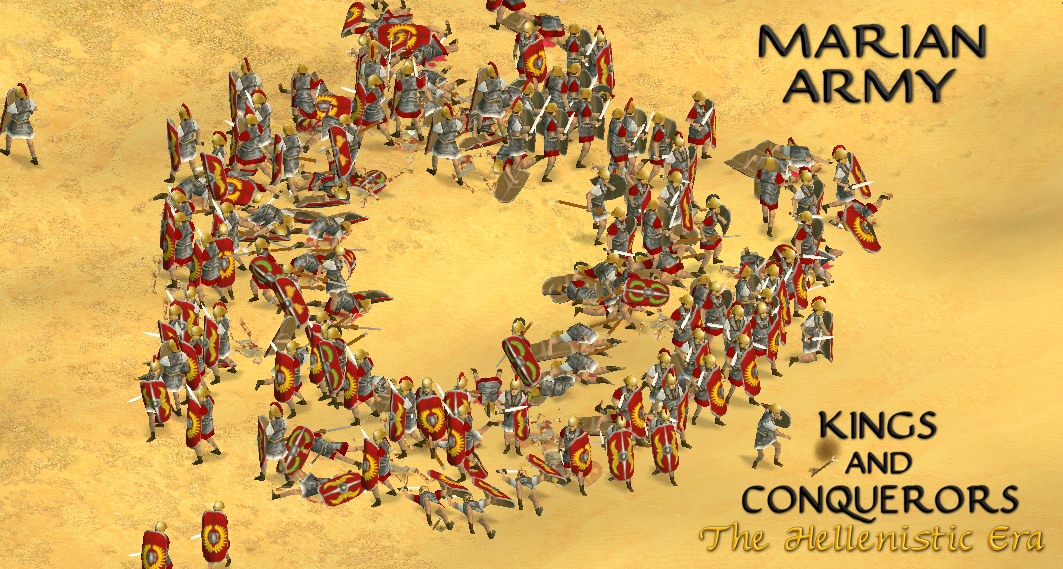 The second reform tech, in Rome's case, represents the Marian reforms that occurred in 107 BC. This improves their units to the point that they are superior to most of their enemies. As can be seen from this example, reforms will have an effect on strategies. In this case, players fighting against the Romans should try to eliminate them as early as possible before they become too powerful.

Note that other nations' reforms represent completely different events. For the Hellenistic states, the first reform tech represents changes to their armies after contact with "barbarians" such as the Celts. The thrureophoroi and thorakitai, who use the Celtic thureos shield, are both available upon researching this reform.

So that's all for today's preview, I hope you enjoyed it. Feel free to leave your opinions and questions here. Changes can still be made as this system is currently just an idea and has not been implemented.

Marian Army all the way!

I wonder what the Keltoi and the Carthaginians get....