A video of Fissure, some previews of the new shotgun scaling/posing, and some pictures of an upcoming remake of Canyon River. How exciting!

Some updates for you ModDB followers. PA just finished his job for the summer so he's got some more time to put into working on preset stuff for CF and Gamma too. We're mostly held up by Raapnaap, who's pretty much lost interest and gone AWOL with no hint as to when he'll swing by and drop off the maps. Gamma's got a new internal build readying, but can't come out until some new scripts changes are done up, so no real news on that front.

But there is a pretty sweet video that ChopBam took of the new Fissure the other day, and some pictures! The video is a little bit dark, and it is not a bright map to begin with, but I'm pretty sure you'll be able to see what's going on. Check it out:

More stuff from Eggman. Technically these aren't final yet, but I liked how they contrasted in appearance for the shoulder-aimed Remington and the hip-fired TOZ. Remember, we're setting them up with the blue-sleeved Allied arms, but they will get the proper set once they're in the game. Both have been scaled up a bit over what you used to see in Beta. 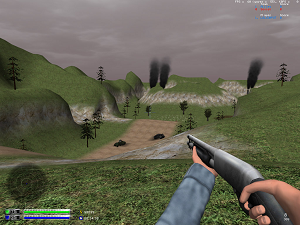 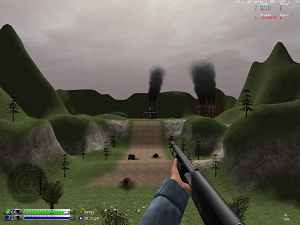 Cuddling was working on some heavy edits to the old Canyon River but has gone ahead and completely remade the sucker. It's going to feature a different terrain layout but the same general ideas of the old upgraded Canyon River that nobody actually ever got to play. Please don't freak out over the texture work or lack of much cover or rough spots here or there, because this is mostly for you just to get an idea of pathways you'll have and the general look of the map and it gets the idea across a little better than a nude mesh would have. 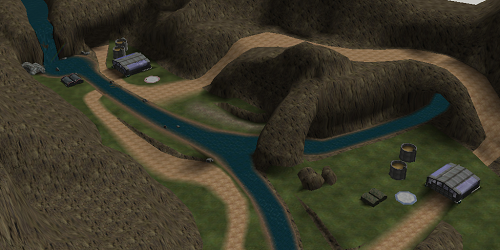 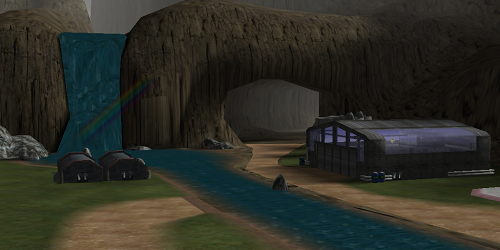 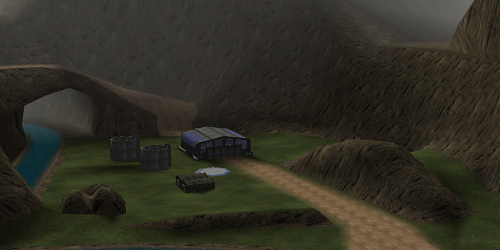 Nice shotguns but i always play in third-person. And that is not fissure its WAAAAAAAAAAAAAAAAY too epic to be fissure. And (yes that was the second and) keep up the epic work.