Microsoft told the people there that they have a great game plan, and that they will continue to develop Minecraft on all the consoles that have become available. 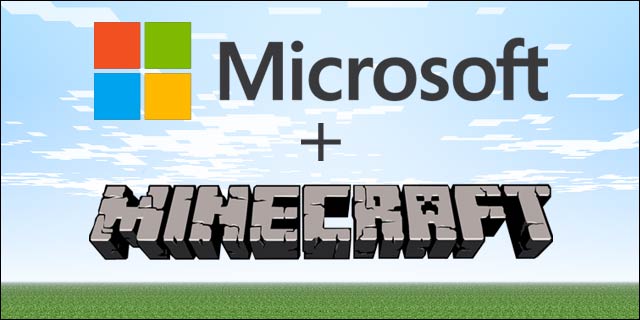 On his own blog Mojang announced a few days ago that they and consequently their success Minecraft now sold to Microsoft. The sum is the entire two and a half billion dollars. Those who now stood in front of the running of the game - Markus "Notch" Persson, Carl Manneh and Jacob Pors - on the other hand not part of the game anymore and continue with other projects.

Microsoft told the people there that they have a great game plan, and that they will continue to develop Minecraft on all the consoles that have become available - and yes, that's including Playstation consoles. People asked Xbox boss Phil Spencer about this and was told about the purchase, this is what Phil Spencer said on the matter: 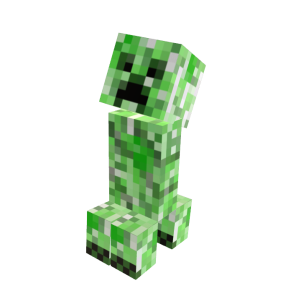 "Three years ago we started working on Minecraft with Mojang, and at that time we did not know quite what we were going to accomplish. Following year we launched it, and it became the best selling game on Xbox 360 ever. If you've been following you will see that it still has to be on the leaderboards on Xbox LIVE. there is a game that has found an audience on touch devices, consoles and of course at their home on the PC platform. Wherever you play, the we continue to develop and innovate Minecraft on all these platforms.

"One thing that must be clear is that Microsoft and the Xbox team is very focused on gaming., We will learn a lot by working with a community that is as lively as that found in Minecraft. And players need to know that we meet this with a plan, and a capstone will always be listening to Minecraft fans what they want."

Many people will probably think that Notch agreed to this because of the huge sums of money, but even he believes that the motivation to do something as big as that here is a very different place.

On his blog, he says that he is not able to be at the forefront of a large project that Minecraft now has become, and that it is not just about money but also about his own mind. Now he will return to the small experiments, and although he says he's going to leave a project once it becomes as big as Minecraft.

~ More information about this can be read here ~

I have two opinions on this, but mostly apathy.

MS wants to control everything!

Let me put it like this- if someone offered you 2.5 billion dollars, pretty much guaranteeing a perfect live for yourself, your family and your descendants, for a game that was really "finished" a long time ago, you'd be very stupid not to accept it. There is very little reason they shouldn't have done this.

I have mixed feelings about this, either they make minecraft as money grabbing product or something more advanced and more fun to play, which i somehow doubt. We'll see in the future.

I mean those are Premium microsoft minecraft?

Microsoft are out to rule the world, so are Facebook...
If I am honest, I lost faith in Microsoft when they released the Xbox One. But hey, we will see.

Why would you ever lose faith for that?

Mind you, before I say what I'm going to say, I'm a big fan of Xbox in general. Got both of the first two, and had the original 360, and a slim (The Halo Reach Slim, in fact, despite already owning Reach). Now. The one released with a -lot- of issues. Namely ridiculous things that should not have escaped testing, like the system having a chance of failing to recognize the A button or the power button (as in it just plain doesn't know those exist, and when games tell you to press A, it just says "press <no string>" or something similar). That said, I'm too am concerned about MS owning Minecraft for similar reasons. Who's to say they won't do with minecraft what they did with the xbox one and release an insufficient product that's not up to snuff and already obsolete less than a year after it debuts?. I can easily see MS doing that or making it into something absurd like payed updates, DLC, or "Leather armor, $5, wood sticks 25cents each".

Correct! And don't forget all the always online and pre owned game features, they may have been scrapped, but it shows that Microsoft belived it could overreach itself and has become a bit money and power hungry. I'm a huge fan of the 360 but the Xbox One, was a big NO for me from day one... But hey, I believe they could also do great things with minecraft, or make it terrible by adding DLC's or a premium membership system. Only time will tell..........

I'm sure that Microsoft is going to F* minecraft up, nothing but a bunch of money grabbers~ ;-;

I am not happy about this.
but better microsoft than EA.
If EA bought Minecraft, then you would have to buy a DLC to get a pick-axe...

Lets hope that more money and more developers will led to a "better" minecraft, that still keeps its special feeling.

EA DLC to get a pick-axe...FUNNY

sad too, cause it might be true. Or paid for updates. Want horses? 10$

Let me elaborate:
1)Microsoft is only interested in making money- they will screw us over one way or another

2)Microsoft (ironically) undervalues the PC community- they want to focus development on the crap console/ios versions of minecraft and are likely going to make it centered around windows phones rather than PCs. This is based on their past doctrine

3)Notch sold out. Mojang is now among the other indie companies that was coaxed into the big money of large businesses that care very little about their consumers or their product.

4)Minecraft has degraded into a bunch of 10yr olds with ugly af servers covered in wool sprites and reserved areas. There's little exploration/adventure that minecraft had in it's earlier versions. The new breadth of content has only made the game buggier and overly saturated.

Expect a bleak future for MC

2. Microsoft does that when they're developing single games, Minecraft is already multi platform and they have no reason to change the current system.

3. Coaxed into big money? We paid them out the ***, they got rich and sold the game. This isn't foul temptation, it's a business deal.

4. It never had exploration or adventure, if it did it still would. You should be rooting for Microsoft because maybe the new dev team will give a **** enough to add something.

1. Actually it was.
+The intention of capitalism was for the best product to transcend others. At this point, the powers that be can simply buy their competition and destroy it.

2. They've already made it quite clear that they see the future of minecraft on consoles/mobile and not PC

4. It did early on, but now it takes days to find a decent server without restrictions/sprites/bs and within weeks the server is gone. Believe it or not, things were better for mc in 2012.

I was surprised first but after that I honestly don't mind. They probably know how passionate the community is and won't dare to change things drastically. The same team is behind the development, so I actually expect more optimization and hopefully the Modding API to come in the near future. (They really should implement Optifine to vanilla) Maybe even a new engine...
Also Microsoft owning Minecraft can mean a lot of weird things. Like a free copy shipped with Windows 9 for example (which according to the trend: XP - Good, Vista - Bad, Win 7 - Good, Win 8 - Bad, will probably be a good operating system.) Yeah, pretty unlikely, but who knows?

I also totally understand (and empathize with) Notch and when he says he didn't do it for the money, I know he really means it. The ones who call "sell out" can shush.

All in all, I'm not paranoid or worried about the future of Minecraft. If - for some weird and unlikely reason - it really goes bad then I had my fun with it and my money was well spent (I basically thought the same when TF2 went F2P, but that's still a good game.)
So don't bury Minecraft or Mojang just yet, they will still live for a long time...
*cheesy line incoming* especially in our hearts.

Maybe we can actually get new and meaningful content now.

Sorry, Mojang, Microsoft, all of you. Sorry, I don't buy the starry-eyed vision. Because , I mean, it's not like big companies don't have PR firms to lie to everyone for them, right?~ ;-;

I put forth a vote of zero confidence on Microsoft. Notch, man, what can I say? I think you didn't put enough time to think on this, or you overthought it and overlooked what Microsoft is. An excessively monopolistic software giant.

Oh sure, Microsoft may spin you a web of happy diamond rain, how it's not going to drastically change the game, and development will go further, and everyone will live happily ever after. But, I know better than to trust them. Press officers and CEOs are quite good at lying.

But hey, who knows? Maybe Microsoft will accidentally *not* FUBAR Minecraft as we know it.

2.5 billion for this piece of crap ? Wow i need to come up with something retarded so i can become a billionaire...

They bought mojang (The company that develops minecraft) not only minecraft.

At least it is Microsoft, not some bitch like EA.

That big beta is gonna loose half the money marrying some random gold digger again... Anyway BS excuses, same reason he refused to release minecraft on Steam. It was always the money, he doesn't care about anything else.

"not just about money" :DDDDDD

I only play mod-packs, so I'm not concerned.

meh, mine craft never had that magic for me. :P