All missions revamped, their difficulty overhauled - now is the best time to play the Mental Omega campaign, if you haven't already: on Casual, Normal, or Mental, if you dare. This, and much more is now available for download in patch 3.3.5.

Hell has frozen over! After two years the new version of of Mental Omega has finally been released. While 3 out of the 8 final missions are still in the works, the big everything else has already been finished, and thus, after deciding to split this release - version 3.3.5 with its major campaign overhaul is now out!

All of our singleplayer and multiplayer missions have been heavily revamped, with their visuals, script and even bits of lore reworked to various extent. We have further adjusted the difficulty of the campaigns, making sure that Easy setting, now known as Casual, becomes more accessible to everyone, while Mental retains, if does not up the challenge a bit. In addition to this revamped campaign, we have prepared 6 new Special Operations and 1 new Co-Op, which replaces one of the previous maps.

What's more, new Challenge maps have been designed and added to the game, four of them.

There's been a whole lot of balance changes, new units, structures and powers added to the tech tree, as well as numerous other additions and bugfixes. The changelog for this update is the largest so far, with many of its additions possible by AlexB's continuous efforts with Ares DLL. See the full changelog here. 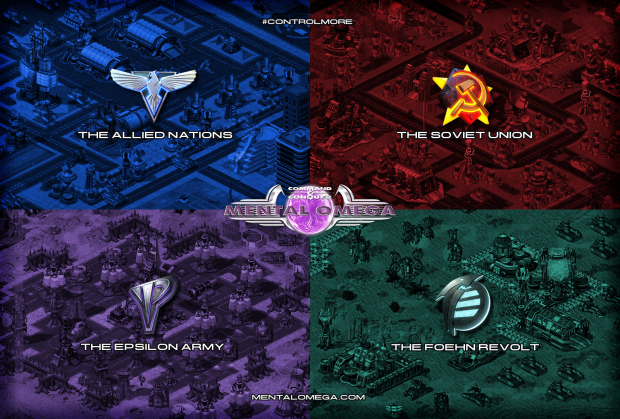 This is the final stretch. We thank you for the continuous support over the many years, and as the annual ModdDB Mod of the Year 2020 Awards have entered its TOP100 phase with Mental Omega once again being one of 100, we would like to ask for your support in this competition once more. Vote for MOre.

Vote for Mental Omega in 2020 Mod of the Year Awards

But that's not all. This Mental Omega update comes with a big bonus addition to the whole package. 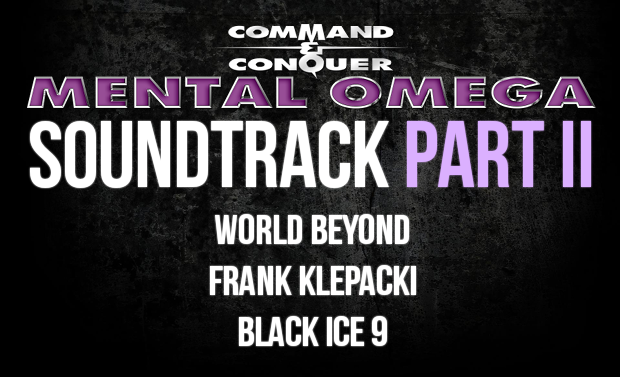 This releases comes with an additional music pack - all of the mission-specific themes previously released in patches have now been moved to the new Soundtrack Part II, which includes both old and new tunes.

Stay tuned for more updates! The big finale is still ahead!

This mod is like high tier RTS game and it definitely deserves much, MUCH more attention. There aren't that much of the good mods for RA2 and this is the best one. Tons of maps, constant balancing and now you reworked ALL of the maps?! That's ridiculously good, just loving it.

HOLY SH*T!!! Yeah baby that's what I have been waiting for!

yo been following mental omega since 1.0 and this new version is getting better and better!!! Pls, be the best mod of the year!

Congrats on the release! :)

Incredible work! I am always amazed by the amount of polish and insane number of new additions in Metal Omega. Also, it is not like there are a lot of new things just for the sake of having more but everything feels stylish and it fits the setting. Something else, I feel like Mental Omega's story and campaign missions have the best sense of scale out of any strategy game I have ever played. The covert missions feel like cover missions, smaller battles do not feel like the enemy has a huge force that can just roll over you but does not, and large, world-ending battles actually feel like that and not you fighting on a slightly bigger battlefield!

Honestly, I dream of having an official full on RA2 remake (not just a remaster) that has the mod team as design leads and is more or less based on the story and idea from this mod. Actually, a whole new game would be even better!

Is there a way to roll back the update. I didn't realize that I would lose access to all my saved games if I updated.

Nice job! Love it. Multiplayer and campaign has been even more fun. Additional content and balancing for the most part has been awesome. Congrats on 2nd place for mod of the year!! Thanks for the Discord channel too for help with questions, news, etc. Hope RA2 becomes free in the future and that this mod becomes even more accessible/easier to download so more can give it a try. Hope those desync's and bugs can happen less and less as well haha. Anyway, keep up the great work!!

Every time I open the game it closes itself. Any help how to fix this one?