The next AotR release will have more new stuff than just the Lothlórien faction.

Posted by MathijsRevora on Oct 1st, 2017

While we are mostly working on Lothlórien, we're also going to be adding some new goodies to the previously released factions. This article covers some of these.

While our first release (and subsequent fixes) were warmly received, there are some things that fans kept bringing up. Many of you liked Misty Mountains, but thought the hero roster was a bit on the small side. While Muzgash, Golfimbul, The Great Goblin and Azog all had interesting things to offer, it felt like there might be room for something more. We agreed, and so we created a fifth Misty Mountains hero for the next release: Urshak the Shaman.

Urshak is an original creation, loosely based on the Games Workshop concept of Moria shaman. He's a deranged, quite possibly psychopathic religious leader of the Goblins of the Misty Mountains. Urshak's abilities are focused on support and debuffing, as well as damaging and disabling enemy structures. 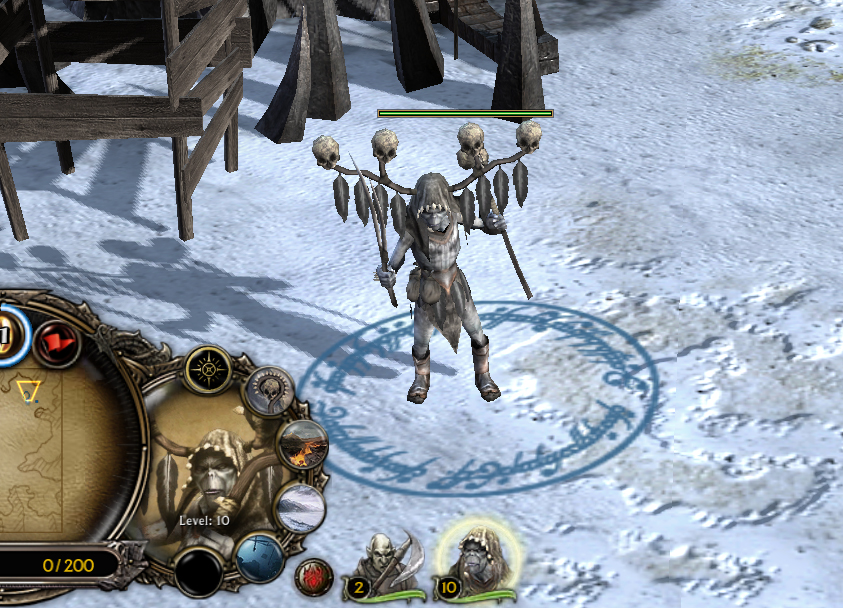 From top to bottom: Intimidation - targeted enemies are slowed down, Cave In - damages and disables targeted structure, Fell Winter - freezes both friendly and enemy units while making them immune to damage, The Black Pit - deal moderate damage to enemy units in the radius while healing friendly units near Urshak. 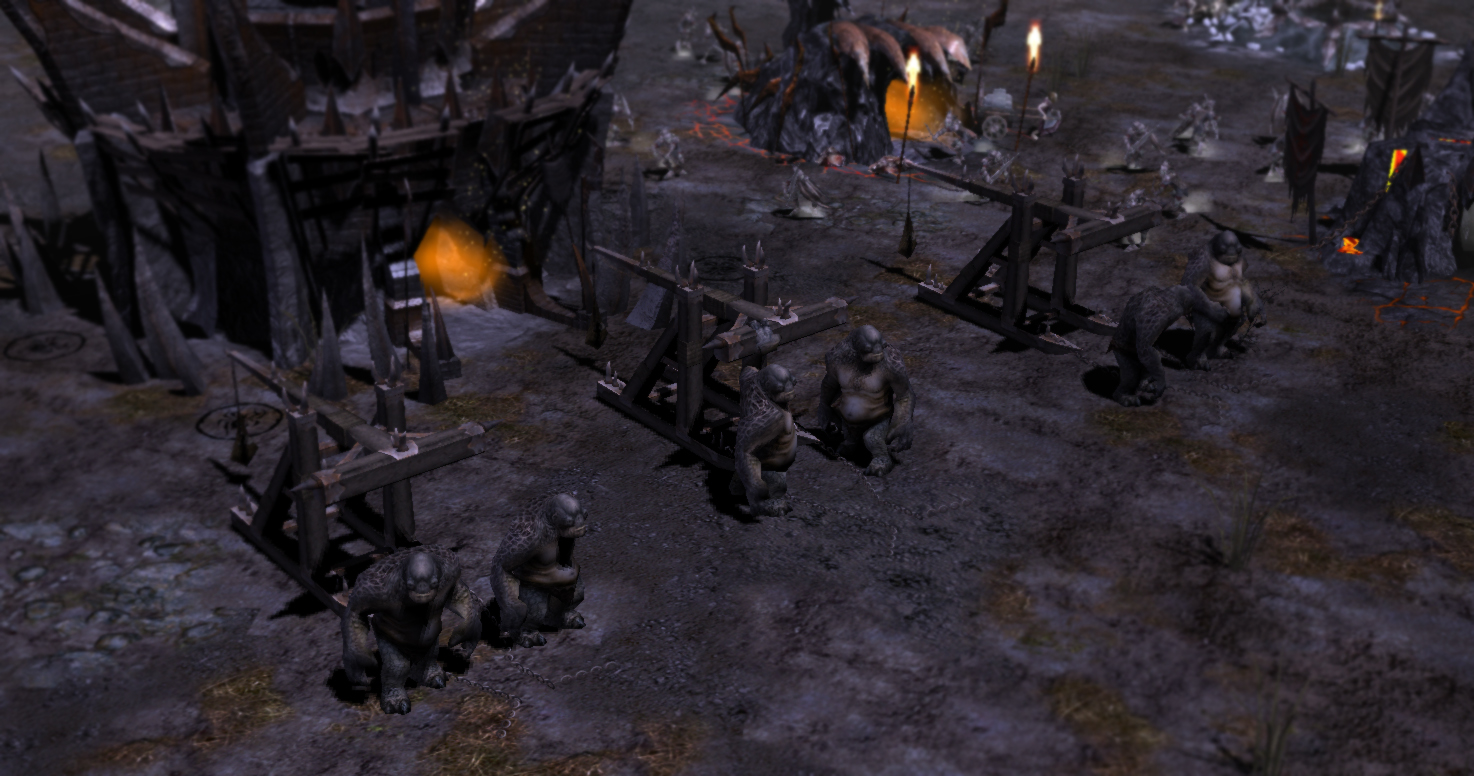 Hopefully this will make it a little easier to lay siege to your enemies while playing Misty Mountains.

A Reimagined Captain of Gondor

Ever since the release of BFME1, Faramir has been largely identical in each iteration of the game, mods included. We felt like we could do more with the character, to show more of his versatility as leader of both the rangers of Ithilien and, later on, Minas Tirith's cavalry force. As such, Faramir has received two sets of new powers: one for his ranger state, and one for his knight state. 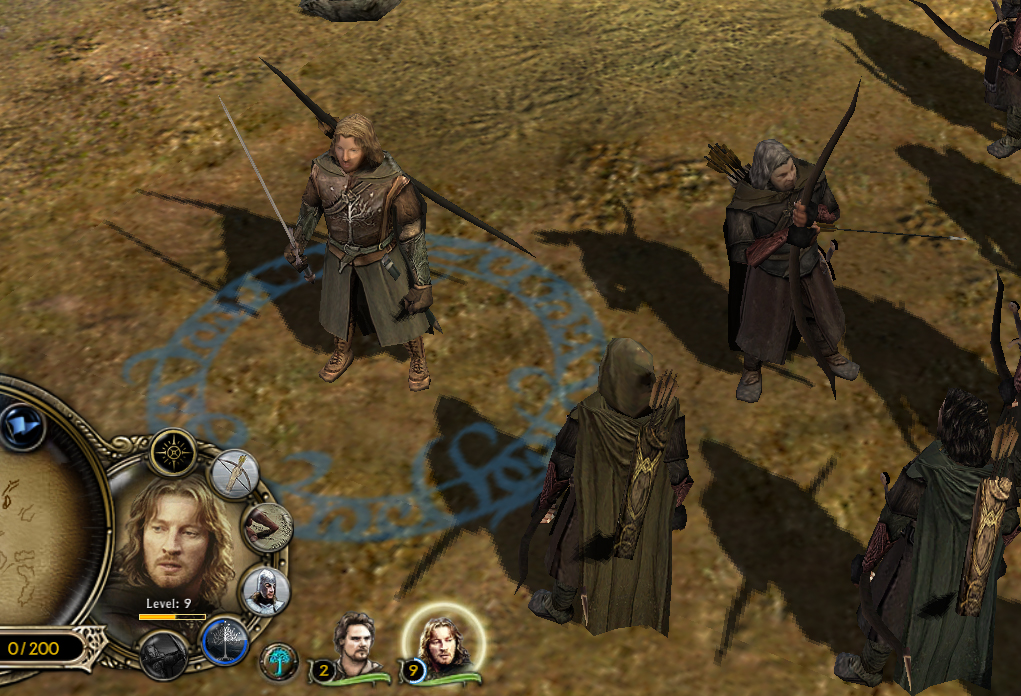 From top to bottom: sword/bow toggle, Hidden Volley - a small arrow volley that becomes much stronger at rank 5, Knight toggle, Captain of Ithilien - Leadership to ranged units, when activated, summons Madril and a small group of rangers to defend a certain area (pictured in screenshot), and Wounding Arrow, now unlocked later and more powerful. 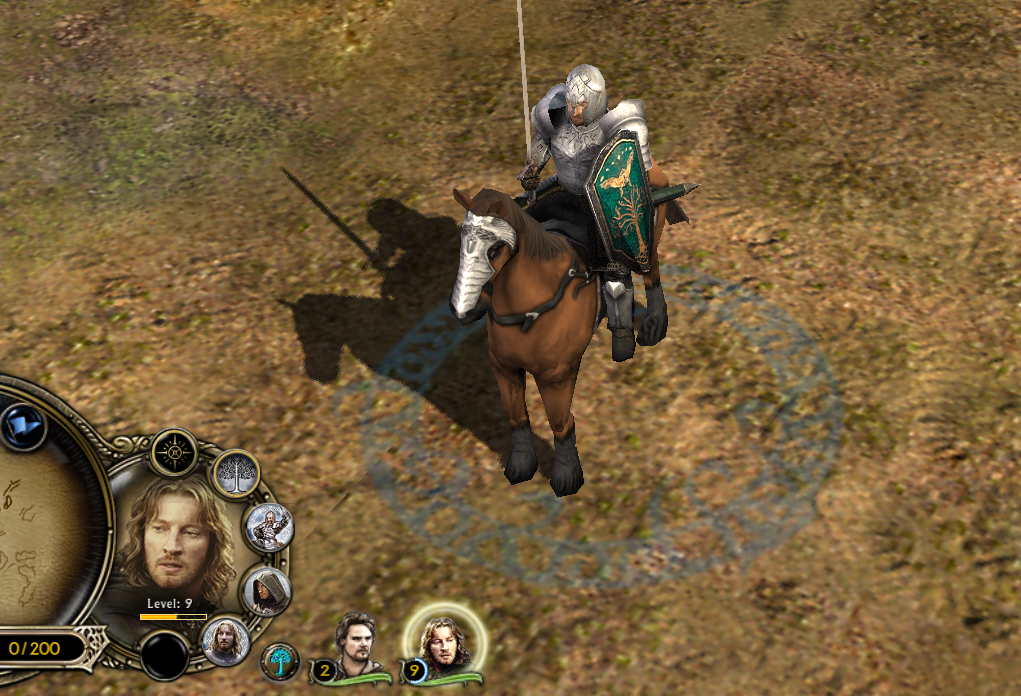 Siege for the siege god!

Boulders for the boulder throne!

Yes excellent work again, but i have a question,

you are speaking about your next upadte and i know eta-questions are not really appreciated,

but to say this at least, is your evaluation of the release about one full year still valid?

Those pictures are great and i know a lot of stuff is still under work,
but on the other hand it is not looking like that it need's this long time ... so my question tbh. can we expect some new public content until christmas?

And another thing, you made new siege-stuff for MM... for me this is something im not completely happy with again.

Im only playing the game singleplayer...most of the times good factions against evil factions(sometimes isengard), and yeah i have no problem spending some hours fighting the computer over and over again, but due to the siege units & mechanics, defending maps like Helms-Deep/Minas Tirith/ Orthanc is really problematic.

You can build as much longrange-units as you want, but when mordor comes with catapults, isengard with their siegecrossbows or MM with their trolls, you have no chance to react,sometimes to even encounter the siege units with your troops without loosing the gate... yeah i know you want this on revora and the game is focused on pvp play...but for me it decreases the fun

besides this carry on ;)

Honestly, I think they will release Lothlorien by the end of the year. They don t have left that much to do, tho...Maybe even sooner.
Misty Mountains having new siege is a great news. Cave Trolls weren t that good compared with what other factions have.

I don't think I ever said it would take a year. I said something like 'the next release won't take more than the previous', or whatever.

I do like the siege units, but I would have preferred something a little more "organic" for the MM, like a Stone Giant.

Everything else looks good though!

Ah I see some reference to Shadow and Flame here. Troll catapult of Gundabad :) I think MM is now a complete faction with the adding of this new siege and new hero :) Only one thing though... Every faction has starting pikemen unit and at the mid game better one but MM only have Gundabad orcs and they are costly. Consider addind cheap and weak goblin spear unit ?

Not every faction needs to be the same. Misty Mountains is a rush/spam faction. They're fine in terms of basic units.

I have had a crash when I loaded my match skirmish, Error / AppData / Roaming and I can't continue... I've tryed all, cracks, cd images, tutorials, it's been months since I try every possible solution, with all the Mods, all the possibilities, nothing... last solution is to buy the game, but at this point I'm so sick... advices? Please.

What happens exactly? You click on Skirmish and the game crashes? Or you can't load a Skirmish game that you've previously saved?