The lighting is what I will be talking about in this blog, as I felt that I had learned a lot from this task.When the scenes were first brought into the lab, me and Lawrence were placed in charge of lighting, we had very little time and this was the first time that we had used the lighting tools in Unity.

Over the past month I have been on numerous parts of the project, including the lighting of the battle arenas.The lighting is what I will be talking about in this blog, as I felt that I had learned a lot from this task.When the scenes were first brought into the lab, me and Lawrence were placed in charge of lighting, we had very little time and this was the first time that we had used the lighting tools in Unity (Excluding a directional light while texturing) and was a steep learning curve.

Although the results at the end of this short period were an improvement on just using the directional light. We still felt we could achieve a better set of results.Below are some of the shots of the first Lighting pass for all of the levels: 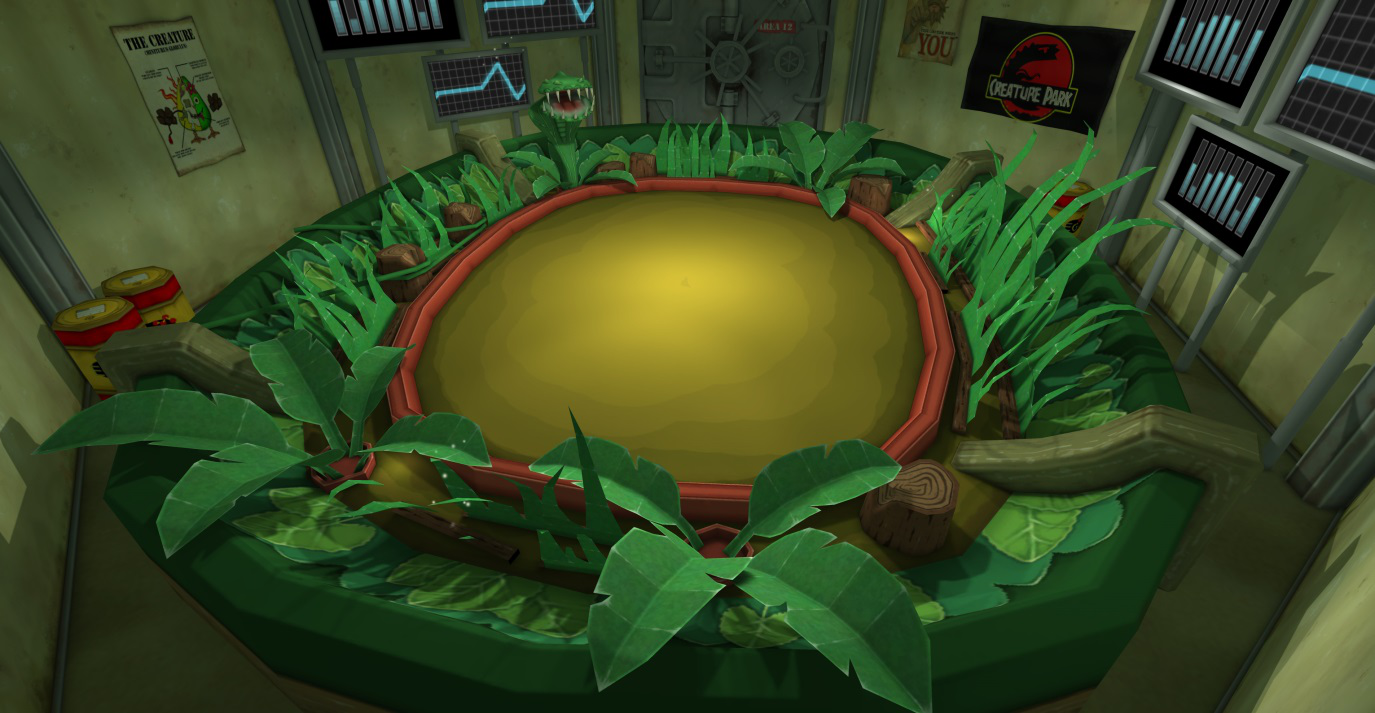 After a short period of other tasks I was then reassigned to the battle arenas. My main focus when I went back to these scenes was to ensure that the players initial point of focus was the playable space, as a few people had commented on the previous set of lighting looking very flat, and there being no real point of focus for the eyes.After looking into a few tutorials, I tried to achieve this by following three simple sets of rules.

The first is balancing warm and cold colours, here I tried to ensure the playable area was always lit with a warm colour, this was due to warm colours always dominating a scene and colder colours slipping to the back of the players attention. Furthermore the outer areas of the room were usually bathed in a cool ambient light to ensure there were no distractions being created.The second rule I followed was a combination of strong and calm colours. The areas of interest such as the playable area, and the points of interest in the theme sets were usually lit with a slightly more saturated yellow or red (In comparison to the rest of the scene.)

The final set of rules I followed was the balancing of light and dark areas, where the lightest or joint lightest point in almost all of the arenas was the centre of the playable area. This ensured that the players eyes went straight to that point first. This allowed the player to engage in the game as quickly as possible, compared to perhaps having their eyes wonder around the scene for too long and lose out on time that they should have spent battling.

The other point to note when I was lighting the scenes, was the heavy use of coloured lights. This allowed me to enhance the colours in the scene and ensure it looked a lot more saturated when possible and more coherent. I also flew around a few of the assets changing the levels and sometimes saturation to help ensure that it looked more like one artist had created the entire scene compared to several. Some of the assets that were changed included the plinth bases and the avian theme set. Where the avian theme set was turned to a much deeper saturated red. This helped ensure that the playable area was one of the highest points of saturation, and therefore a key focal point.I also used some techniques found in a 3 point lighting system when lighting the arenas to help it stand out from the background. This included using a subtle rim light against the back of the arena to help it pop out against the background, and the screens were the perfect source to justify the rim light.Stay tuned for the second blog to see how it all turned out.