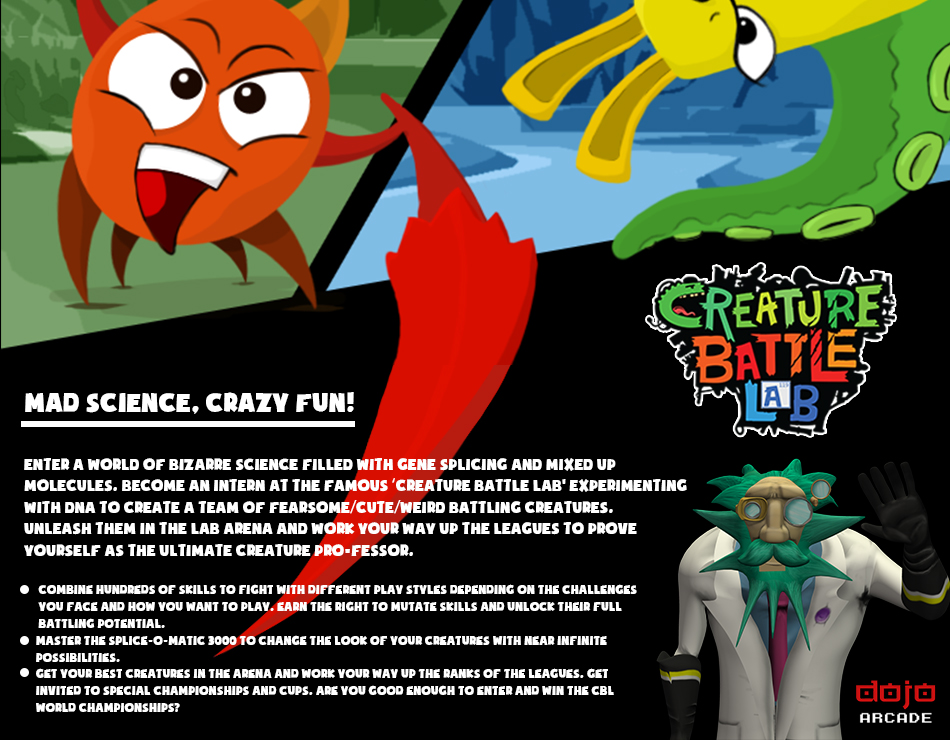 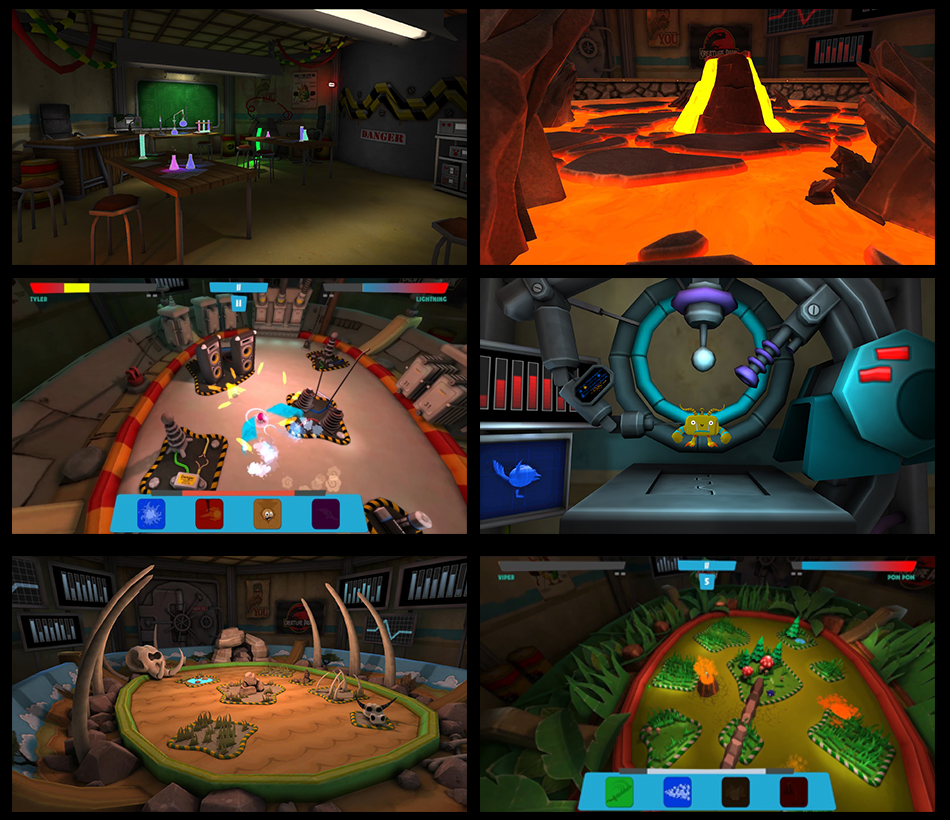 Creature Battle Lab is OUT NOW!

Creature Battle Lab is a 3D creature creation and real-time battling game like no other. Create and customise a team of battle ready creatures and unleash them into 27 beautifully themed arenas.

For a limited time, we have a launch sale on the 'CBL Club' allowing you to unlock ALL cosmetic items in the game! You can make the creatures of your dreams, so what are you waiting for?

We'll see you in the lab!

Mike talks about animating Professor Helix, our in game guide for Creature Battle Lab, a customisation and battle arena game for mobile.

reating a rigging system for Professor Helix. A rig is a skeleton to allow models to move within a game or a movie by animation of the rig.

When modelling a character for mobile a lot has to be taken into consideration, professor Helix was designed as a relatively simple character model, to...

The Lab Scene was one of the easier battle arenas to light, as the assets were simple in terms of their shape, and also there being no theme set around...

Where do I get on PC?

We are still currently in development, for now its just for mobile. But we are very keen to push a pc version!

So Cool what determines if a creature is good at fighting?

Thanks INtense, its based on the skill of the player, the different skill types that you choose, the level of your creature and the attachments you have chosen, which give you a slight increase in stats. Also each arena has plinths which are effected by the different skill types you have selected which may give you a negative or positive effect when your creature is stood on that area. So many factors effect your creature and determine if they are good at fighting.

so the shape of the creature doesn't have an impact?

Thanks for the interest in the game :)

No that's one of the things that doesn't have an impact :) the shape determines the look of the creature, you can get an infinite amount of variation to the look by morphine with Shape Goo from a number of different base shapes.

ok would be complex but cool if it did :D

The game looks great and fun. I think the customization will definitely attract the younger audience for sure.

Thank you Etart! We hope so too :)