The Kingdoms Collide Development Team is extremely proud and excited to announce that the Kingdoms Collide Beta WILL be released on the 19th of February 2010! Along with our first public release we've put a tone of work into making a place for the community. With a new website at www.kingdomscollide.com, new, faster, ad-free forums at www.kingdomscollide.com/forum, a facebook page and Twitter page so you can easily keep up with updates as well as a Steam Community group to help you find KC players and servers easily once the beta is released! 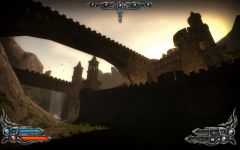 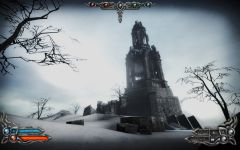 Hopefully this little media update has been enough to get you excited about playing the beta! Just remember, as with all MOD's, we do not have the resources to be able to host powerful dedicated servers whenever or wherever we want, WE NEED YOU (the player) to make this MOD happen, so get on the forums and the facebook, spread the word and let's make it go off with a bang! :D

Awesome man! my whole body is shivering for this mod!

Looks amazing, though the release is on the same day AVP is being released =D

Wow, why havent I heard of this mod yet?

WHAT THE HELL @_@ why haven't i ever heard of this mod @_@ can we do a revote because this would totally get my vote for best upcoming mod @_@.. no joke

can wait to sink my teeth into it :D

Damn I was talking about this recently with Bekey, talk about the devil and you step on it's tail!

Will see how this turns out.

Wow, never heard of this mod.

The mod is looking fantastic, I'm just curious about the game play...
from the video it looks like there is some sort of capture point system. and in other parts it says next wave, as if there is some tower defense mixed in. And yet the melee combat looks like it is suited for epic duels. How will this all mix together?

I cant believe this is on the source engine O.O

wow never heard of this mod before. looks amazing.

Well done .. I still think you should've been way more open about your achievements, since that would've resulted in a definite top placement in MOTY 2009's 'upcomming mods'!

Again, well done <3 But please be more open with us, we only want to help you >.<

It seems there is a big lack of animation.
Melee looks like chaos when there are more than 2 players.
Art direction ... isn't very original.
Classic trailer.
Maps are the only pro at the moment, imho

Gonna be epic? No i think not.

Hmm, its still far better than most run-of-the-mill mods we see on moddb. Im always open to any mod that has potential and has a good coder behind it.

I agree.
It's just that i'm not as enthusiastic as most of the commenter here.
But ill be waiting for the beta too.

We're hungering for a good hack'n'slash RPG that we can MP/Co-op fight in! There are almost no mods/games like this imho.

The Art isn't the best i agree. The animations really seem to lack at power. But honestly i can imagine the gameplay will be worth playing it for a long time. Anyways therefor there's a community to put up costume models/animations/maps.

wow, I thought this mod is dead

That was epic, combat looks like tons of fun, definitely gonna mark the date on my calendar :)

Wow, it looks like it has nothing to do with the source engine.
in a good way.

You've made a completely new game from the ground up, I am definetly gonna DL it when I can.

Great job team coming out of nowhere and surprising everyone!
Look forward to the beta and hope you guys can balance the ranged and melee combat properly. Environments are very well done :)

Holy hell, this mod looks amazing! Did you guys by any chance have a surge8 website about a year ago? I remember seeing a hl2 mod that looks very simmilar to this mod and I figured that it might aswell be this?

Looks amazing nontheless and I can't wait to try it!

I'm kinda fed up with these knight and medieval mods, so I'm not a fan of it.
That does not hoeever change the fact, that the quality is extremely good. Keep it going and release something awsome! :D

This mod came out of thin air, poof!

they did that last time as well!

Wow i've never heard of this before.

This looks great can't wait to try it out!

Been tracking this since the first announcement :) So I'm happy to finally see more progress and a release date for a playable version. Keep it up!

source engine
yeah right, as if I was gonna believe that

My God! Tracking! And going to play this! I swear, if this doesn't end up on Steamworks, then VALVe expects too much of modders...

woohoo the beta waitied so long for this mod this is epic
20+ players attacking 20+ i hope
:)

Lol 2 days ago it was susposed to be released

dear kingdoms collide; your mod is beautiful, whereas your servers for the US are not, i got banned from one due to my username had "modinformer.org" - which they called advertising, because, well.. it is.. they also banned a few other people for being 16, and on the mic. which is completely ridiculous, i would like to see more fairness in servers, that ban only due to unsportsmanlike conduct. not gay rules. i may put up my own linux server. thankyou.