Hello, we're back! Today we want to show you what we've been working on so far regarding models, textures, and game building.

Hello! We're back!
Today we want to show you what we've been working on so far regarding models, textures, and game building.

Regarding this topic I have a lot to thank our artist, he's been doing an amazing job regarding the 3D models and the design of the textures. His artistic vision is what's pushing us towards a good path.

So without further ado, we want to show some more of the art-related things we've been working on, in continuation from the previous post.

Because the game is in a forest the tones are mostly earthy, consisting of mainly green, red, and brown we wanted him to stand out a bit, and this was what we came up with: 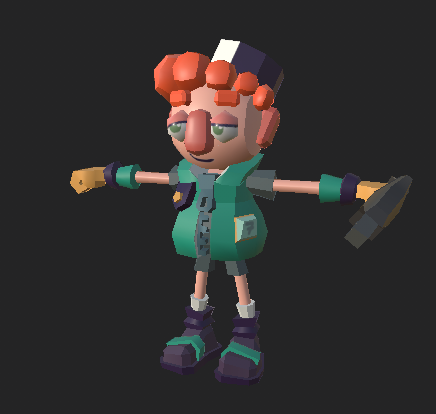 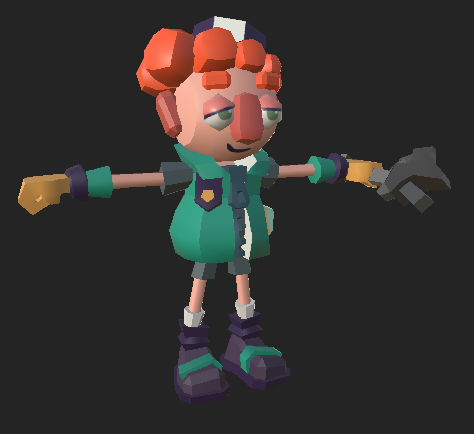 He's a redhead with a funny-looking face, and if you look closely, there are details in his jacket that will make sense very soon.

The airplane goes hand in hand with a player. They have a similar color palette as the point is for them to match so we decided to go through with the blue one. 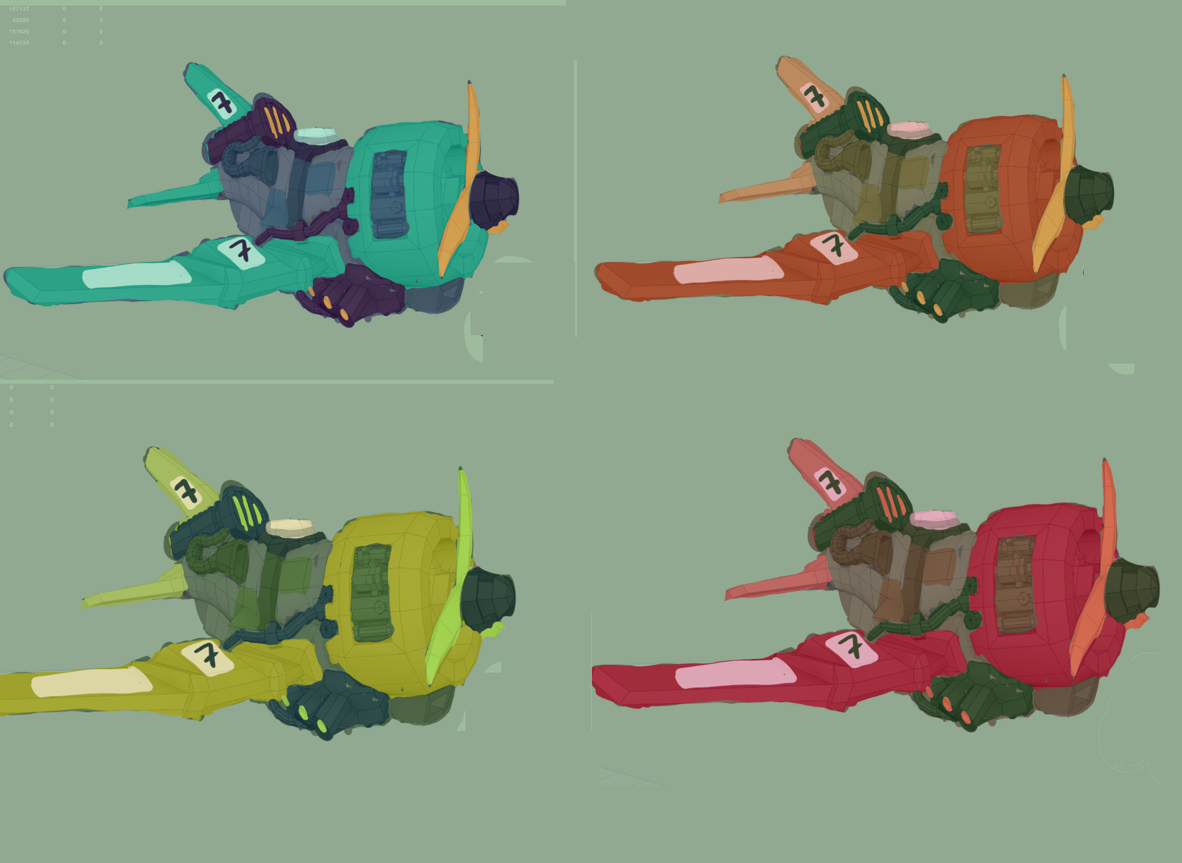 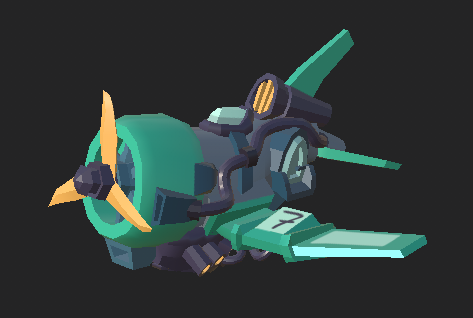 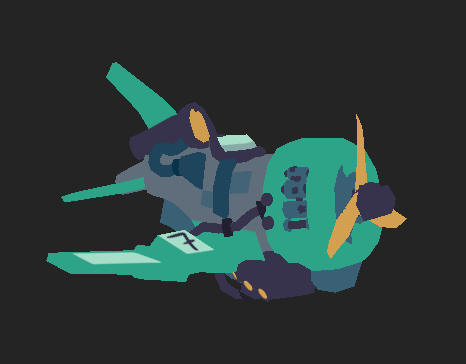 Here are the details! 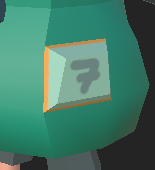 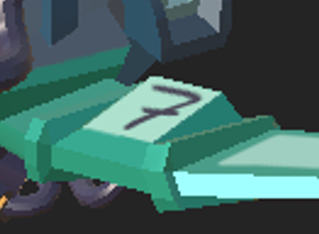 Here are the early finished concepts of this beast. Quite a ride! 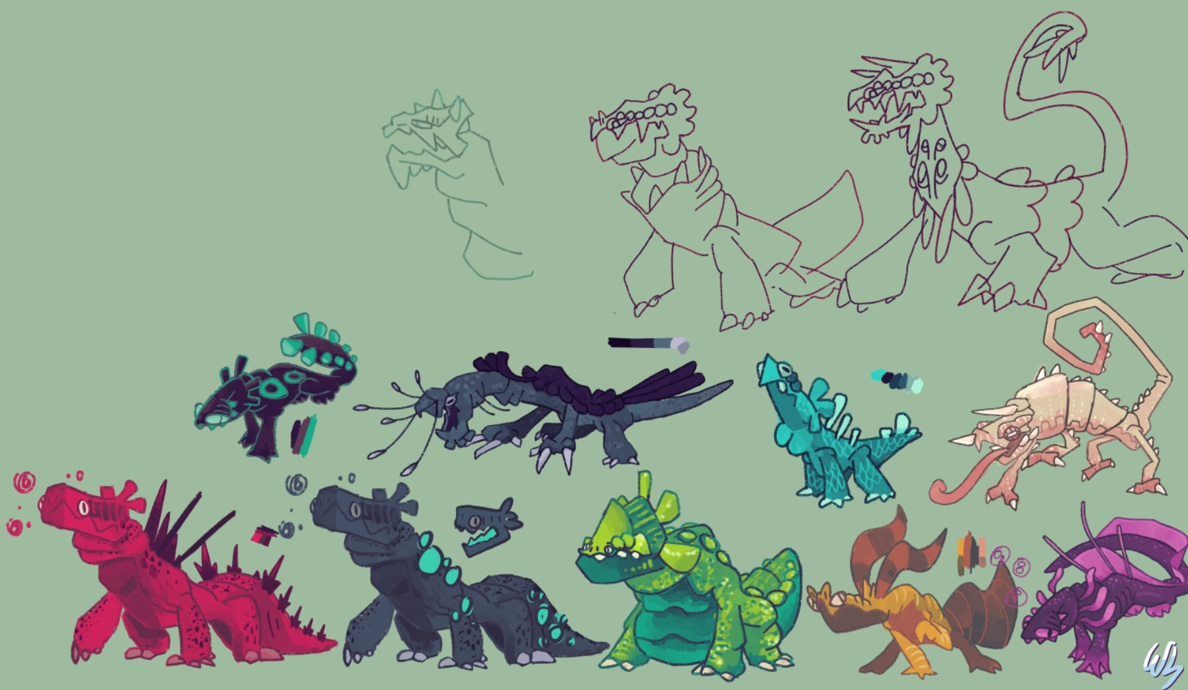 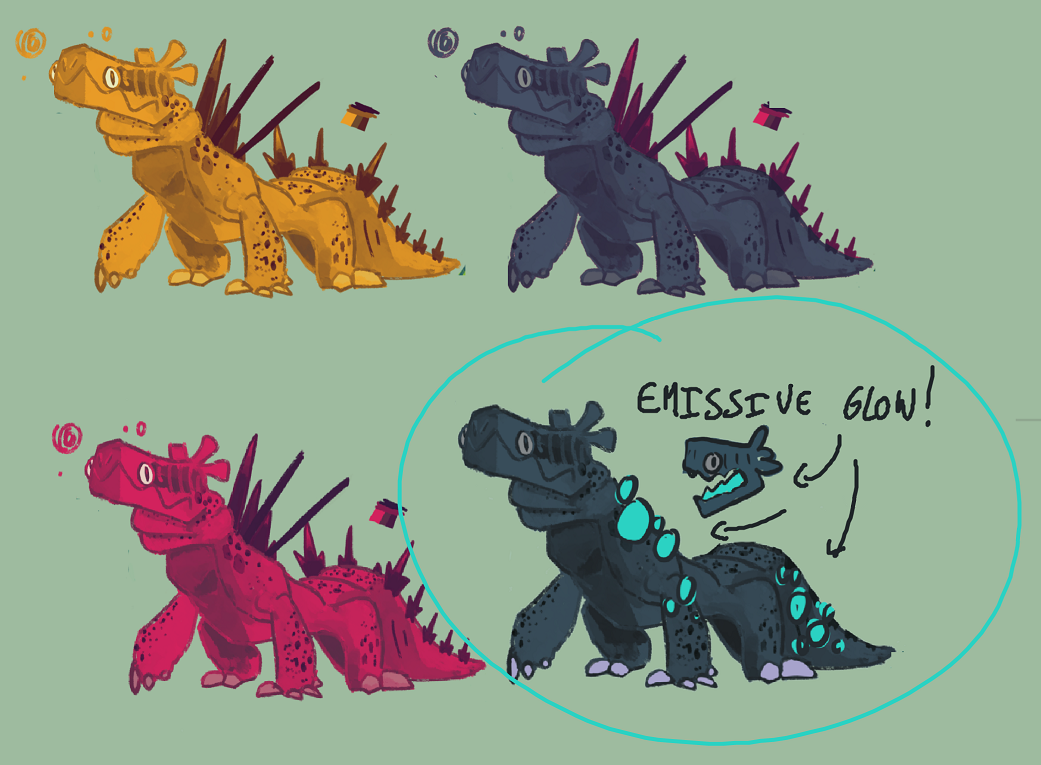 We ended up choosing something that would make him stand out and appear different, and the emissive glow inside his mouth and on the mushrooms throughout his body did the trick! 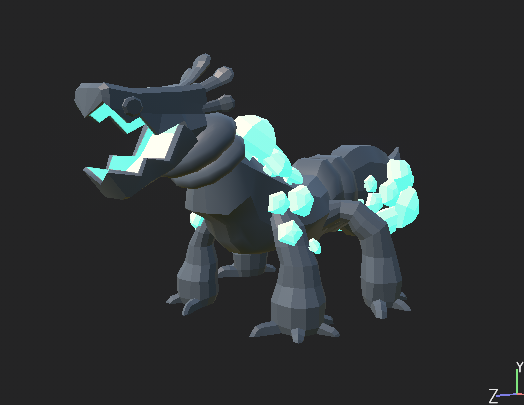 This texture is still lacking a bit, but it shows the point!
Fun fact though! This glow is the energy that the enemies want to take over :(( They use this resource to help build their evil schemes!

This is one of the enemies. He's stationary and only reaches the player if he enters his AOE.
As you can see, it has a thing in common with the legendary beast based on these color concepts! The emissive light!
When activated it glows blue, and when it spots the player and is ready to attack, it glows red! 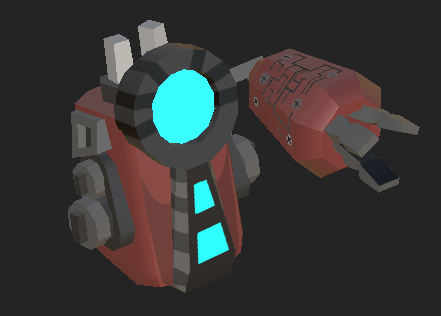 This enemy doesn't partake in the game's action and just stays still in the background as we didn't animate it.
Because the mesh had similar parts to the previous one, we copied the UV's and took off from there. 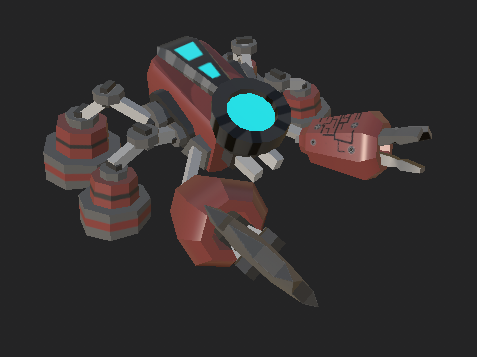 Here are some bonus textured models: 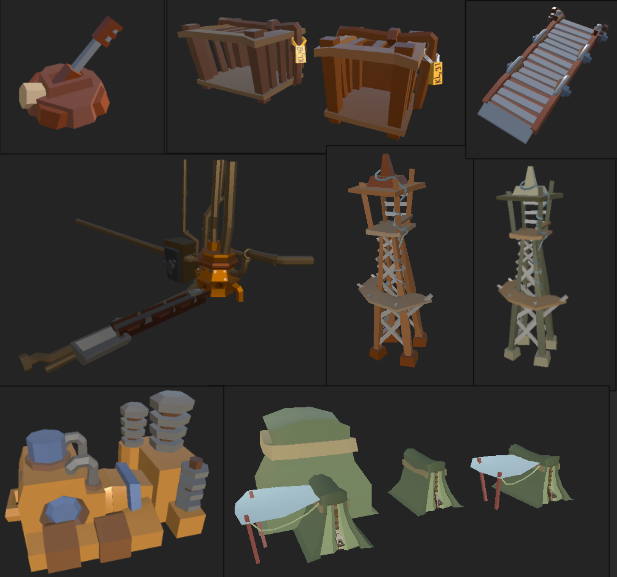 This was a big problem throughout the whole making of the game because we didn't know how to approach it. Thankfully our artist stepped in and, using the craziest method, delivered. He.delivered.

He created a landscape in Unreal and then exported it to Maya where he reduced the number of polygons (automatically but a lot of it manually), to achieve a good looking low poly model with high level design fidelity. 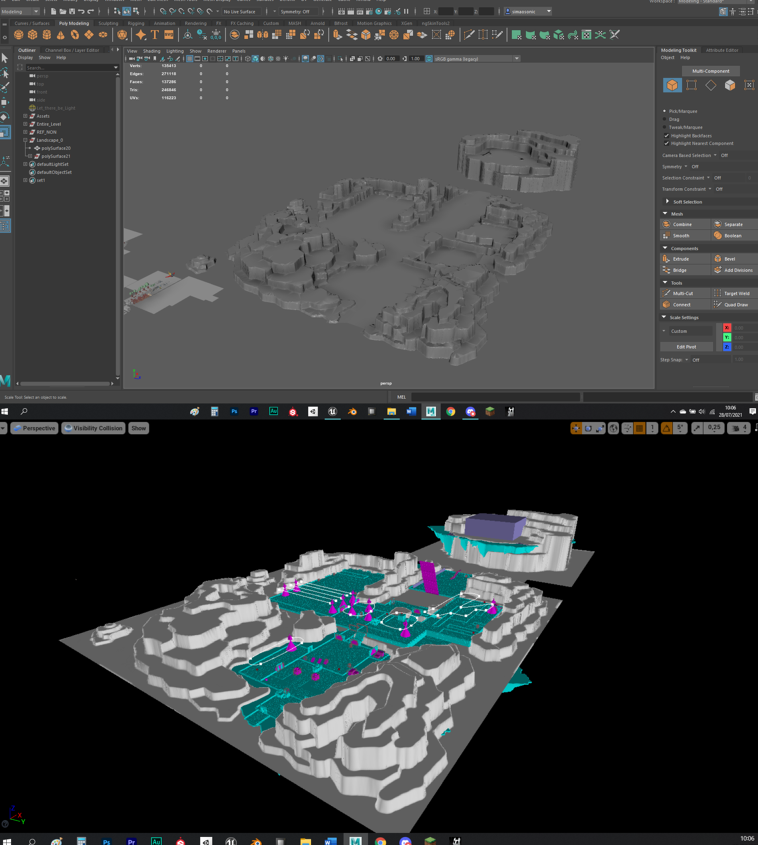 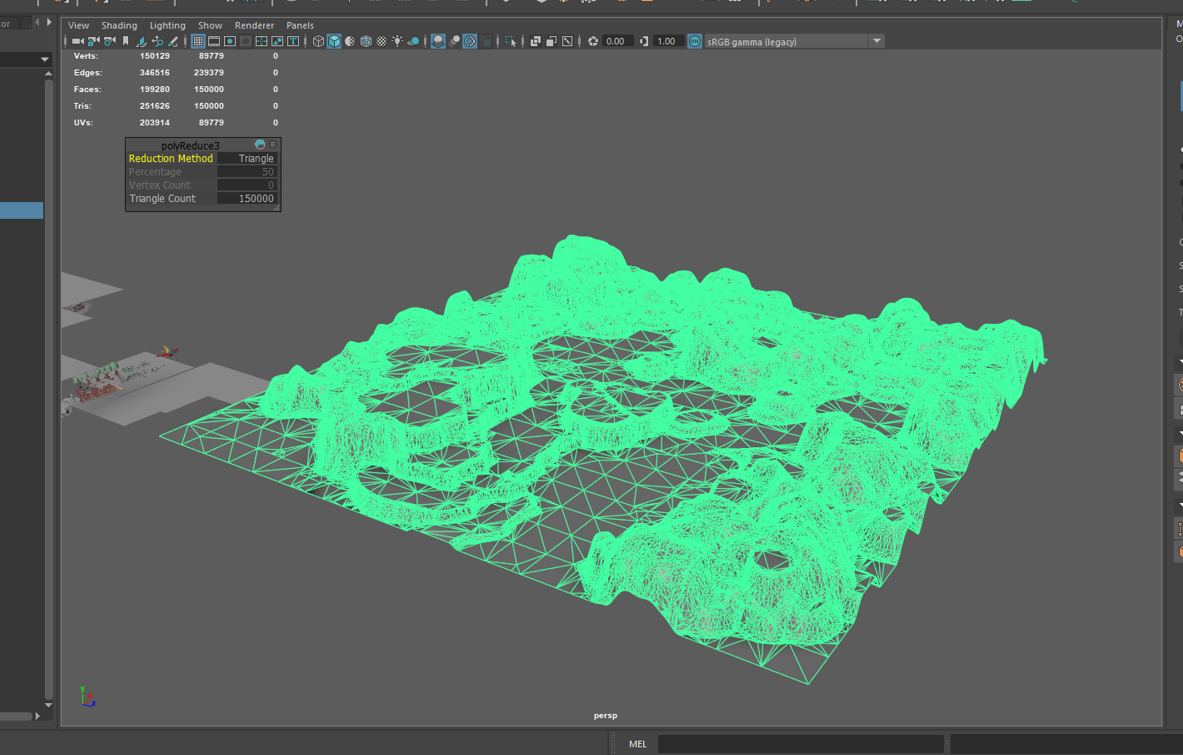 Finally, to end this devlog I present you with a sneak peek into the look of the game: 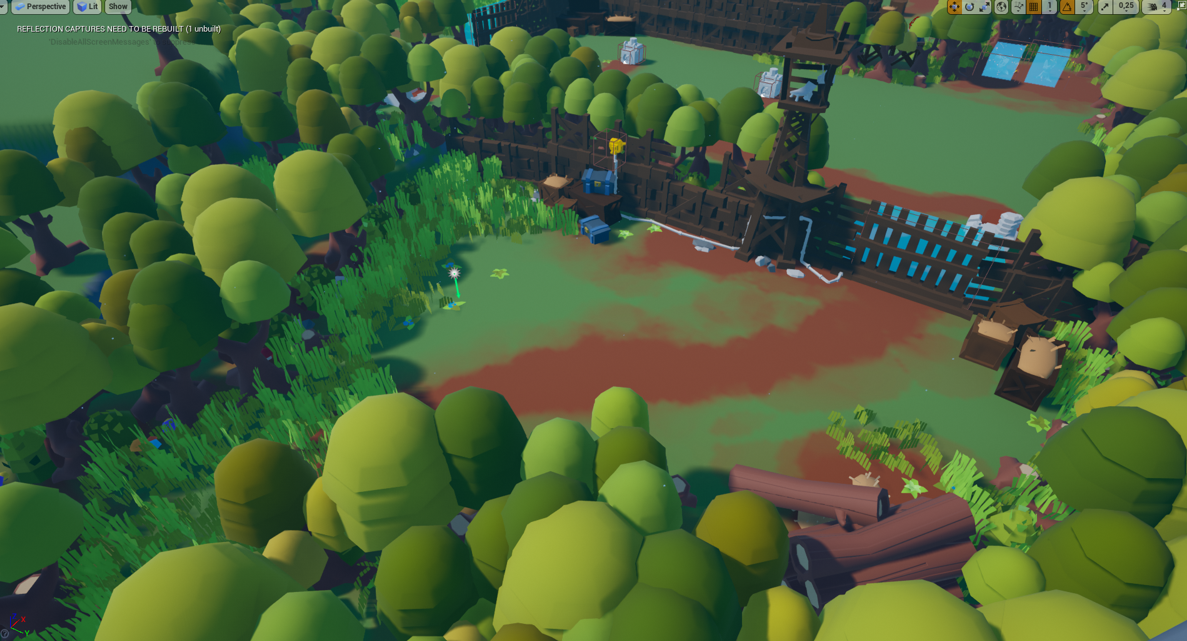 And that was it!! Thank you for reading until the end.
See you next time!!