Holy florp, look at that — you just got 34 points for discovering this post! Nice! So, here’s the gist: we’re keeping a somewhat-sophisticated point system in our open-world galaxy simulator. More and more, today’s games feature seemingly endless “missions” and “achievements.” We miss a sense of feeling done: a final score. Don’t get us wrong, we’re gonna have all those story-line and progress elements, but your choices, discoveries, and accomplishments will have point-based consequences and they’ll all be tallied. Did you wipe out the creatures on the planet B’Munji? Yeah, that’s uhh… not great (-3,254 points). Did you heal your crew members after combat? Good work (+500 points)!

So What do you get from strong final scores? You climb a leader board and gain titles, similar to the Civilization series, and earn the right to show off how skillfully (or awfully) you played this particular game.

We remember how awesome it felt to discover something and gain a little more than an achievement notification. You get points. And those points impact game strategy and build to something bigger. We recently finished including discovery elements into the game. You walk up to an alien creature or plant for the first time, and the simulation notifies and informs you of your discovery. Basically, you get context to that oddball animal you just saw.

What’s the point? Well, two things: 1) strategy matters and 2) we’re building a galaxy lush with alien life. In order to help players understand how to rock this game, we think it’s important to let them know how to survive, fight, and leverage all that the simulation offers. Discoveries help with approach. Of course, anyone can play and ignore scoring and enjoy the open world freedom of a galaxy. But if you want to be the top voyage leader, then curiosity and learning counts. Knowing the world means knowing how to rule it.

Prototype leader board (alien races have done well with this simulation!): 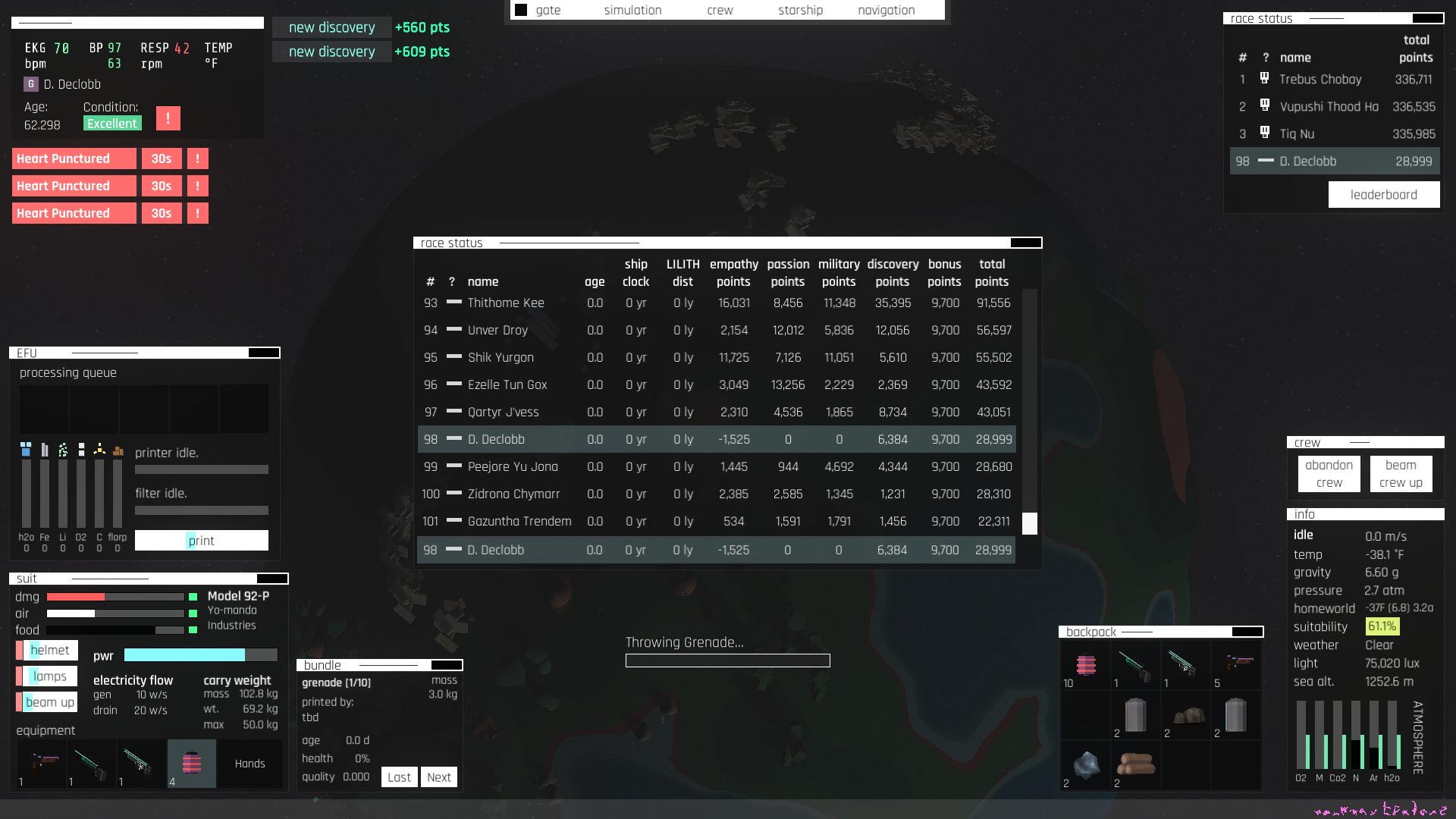