This week, we've prepared for you an in-depth interview with the man himself, Nertea. It should shed some light on the development process and concepts behind The Dwarf Holds.

This week, we've prepared for you an in-depth interview with the man himself, Nertea. It should shed some light on the development process and concepts behind The Dwarf Holds.

Matias wrote: So, who are you and why are you here?

I'm Nertea, also known as Chris. It's kinda strange to refer to oneself in a interview by one's internet name - or at least it feels like that to me. Now, why I'm here is a rather complex question. I don't particularly enjoy BFME. I got it for my birthday a long time ago and was painfully disappointed. However, like I had done for Star Trek Armada before it, I decided that the game was so bad that maybe it could be saved with a mod. Because it was LotR, y'know, and back then I was on the back-away-slowly side of the Ringer spectrum.

That's the past though. The reason I'm still here is to finish The Dwarf Holds and actually release something to the community other than a very old, very poor, oft-stolen skin pack. Here I will remain until the mod is done (for a given measure of done).

Why Dwarves, aside from the fact they were the most complete new faction in the Rhovanion Alliance. Why did you choose to work so extensively on them during those days?

Dwarves are undoubtedly the race in LotR that I identify with the most. They're angry little buggers who are obsessive about detail and can hold a pretty extensive grudge. I also love the arms and armour that WETA designed for them - next to the Royal Guards of Rohan and Boromir's travelling clothes, the snippets scattered around FotR's appendices are my favorite design pieces. Also, prior to coming to T3A, I collected a Games Workshop Dwarf army from their money-sucking LotR franchise, whose designs I also liked. They provided inspiration for a couple random Dwarf skins I did really early on in the BFME modding scene, just as T3A was starting up.

I was recruited by Whopper to work on RA's Dwarves based on those skins, and for a long while that was the only bit of content that the mod had for the Erebor faction. Dwarves just eventually became me and Dain's pet faction where we'd store all our amusing ideas. They had an art style that was different from Mordor (my other pet faction at the time) and so were a nice break from legions of Orcs and Evil Men. Thusly, the Dwarves were getting pretty close to done before we decided to end RA. Or so I thought, but honestly? I'd say they were maybe 30% done. We had tons more work left to do before things were even presentable. Advice to any modders out there: creating a full faction of completely new bases is a painful amount of work.

Would you say the new Erebor faction is more inspired by book, film, or contemporary historical influences?

It's certainly a combination of the three. The basic unit design is of course based off the films, with significant influences from Games Workshop designs (which is based off snippets of WETA Moria material, so it's really the same). We also have a number of art choices that come directly from the books - our Warriors of the Iron Hills are straight out of the Hobbit, complete with heavy chainmail, mattocks and of course, very long beards! By contrast, the original concepts for most of Erebor's buildings are distinctly historical - if you take some time to mentally replace all the Dwarven columns and friezes on many of the buildings, you would find a striking similarity to Greco-Roman architecture. Buildings tend to be heavy, with many supporting columns - a radical difference from the pseudo-early-gothic style that WETA created for Gondor.

That's all artistically, of course. In gameplay, the Dwarves fight much as described in the Silmarillon and Appendices. They make good use of their natural hardiness to stay in combat longer and be more resilient than other races. They rely less on spectacular heroic action than on simple skill, this translates to hero powers that are more support oriented than a classical Wizard's Blast. We also include some characterful abilities - one of the Spellbook Powers you'll have access to declares a Vow of Vengeance upon an enemy hero, pushing your Dwarves to fight harder to kill the foe. This is pretty much right out of the War of Dwarves and Orcs, when the combined houses of Durin's Folk swore a vow to hunt down and destroy Azog. When you play as the Dwarves, I hope you'll feel a bit Dwarvish, slowly advancing across the map while considering strategy, and then crushing your enemies with Dwarven Fury! Well, mostly I hope you'll have fun, but this too.

Are you satisfied so far with the way the Erebor faction is played?

At the moment, barring one major game-breaking bug, yes. One of the things that struck me recently while playing one of our alpha versions was the way that we've unintentionally created small factional idiosyncracies. I'll explain further - the Dwarves lack a basic healing power similar to the one that Gondor and Rohan share. They must rely on a hero ability (from Gloin) to heal in the field. However, the Dwarf heroes are really tough and have a lot of health. The small amount of healing provided by Gloin's ability just isn't enough to heal up Dain and Thorin if they take too much damage. Yet, Dain and Thorin can take a *lot* of damage, and so don't need to be healed for a while. What does this mean? Territory control becomes very important, having a forward Well to heal at is essential.

This is of course in addition to the intentional playstyle we've created for the Dwarves. Right now, you can play Erebor as a turtle faction, as they do of course have the strongest defences, as would be expected of the best architects and craftsmen in Middle-Earth. However, there are numerous incentives for the player to maintain map control. Some of Erebor's most powerful units require unlocking via the Spellbook, and essential hero powers need some leveling first. This encourages combat. Dwarf Mines are also the most efficient resource structures in the game, and can only be built on economy plots. They also provide discounts to infantry, and since the Dwarves have nothing but infantry, securing a large number of expansions instead of hiding in your Castle is invaluable.

Of course, the Dwarves have weaknesses, in fact this has been part of my core design philosophy - units shouldn't be redundant, but also need not fill every available niche. The best example: Erebor lacks cavalry, so we've had a tough time trying to figure out raiding counters, and prefer to find creative solutions than say, add Dwarves riding ponies. Finding creative ways to chase down those cavalry archers using different unit and power combinations will be an interesting exercise, and will certainly make a Rohan-Dwarves matchup difficult, but hopefully fun!

Do you think the Erebor faction fits in well between the four existing factions?

Undoubtedly. We've put an absolutely insane amount of work into polishing the mod so that playing as Erebor becomes as immersive an experience as possible. Every new wall piece, expansion and building is... well, I was going to say lovingly animated, but it was done with more hatred and fury than love.

One of our key goals when we set out to finish The Dwarf Holds was to make a faction that was as complete as EA's four originals. Regardless of my general dislike for the game, and the general community consensus that perhaps they could have done a bit better in some graphical areas, there's no denying that the art and general feel of Mordor, Rohan, Gondor and Isengard were great. Buildings had detailed, sometimes amusing animations, the soundscape was excellent, and everything fit together so well. Our ultimate goal is to do that with Erebor, to the best of our abilities as a small mod team. I think that in many cases we've suceeded, but that will be for the community to judge in the near future.

The Dwarves also fill a gameplay niche as well. One of the key issues that must be addressed with any mod that adds factions in any game is creating a play style that is not only fun, but that doesn't duplicate anything else in your mod. This just makes the game more interesting, and adds tactical diversity. Like I stated above, the Dwarves have a number of gameplay paradigms that are radically different than anything that vanilla BFME provides, and yet don't stray too far from the standard BFME formula. Though they might be generically labeled as the turtling faction, they go beyond that and I'd think it more appropriate to call them the infantry faction.

What are your plans for the future of the mod?

I have some pretty exact plans for what I might do after we make our first release, assuming that the reaction from the community to The Dwarf Holds is positive. There is a lot of leftover Rhovanion Alliance content that I will probably end up sifting through and including at some point, as it's reasonably complete. Don't ask what though, as I won't tell.


As a bonus, I've included a couple of screenshots of Erebor's final spellbook power: Durin the Deathless. This power summons an avatar of Durin, who provides massive bonuses to every unit on the map, can destroy enemy armor and grant your units free upgrades. He is not combat-oriented though, and cannot stand up directly to the Balrog or Army of the Dead. 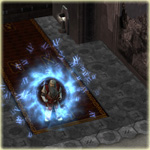 With the aid of Durin the Deathless, the Dwarven army will easily carve a path to victory. 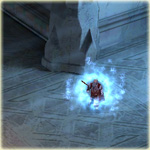 Durin leads a unit of Khazad-uzbadul through Moria 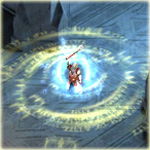 
I hope you've enjoyed this update!

Awesome.
I enjoyed this update, and I don't even have the game, nor tried it.