Whoops. I guess I gotta show something new, right?

Well, it's safe to say that this cursed mod is not coming out in May lol.

How the hell did that happen?

I just took a break from working on GC22. I've been working on this mod every single day since march and, naturally, burnout happened. Good news is: My break is over (or was over since May 26th) and I'm back.

Reworked one of the guns (visually and stat-wise)

(There was supposed to be a screenshot with the old model but I couldn't find any screenshots with it and I lost the original model file. It looked stinky, bad and horrible, trust me.) 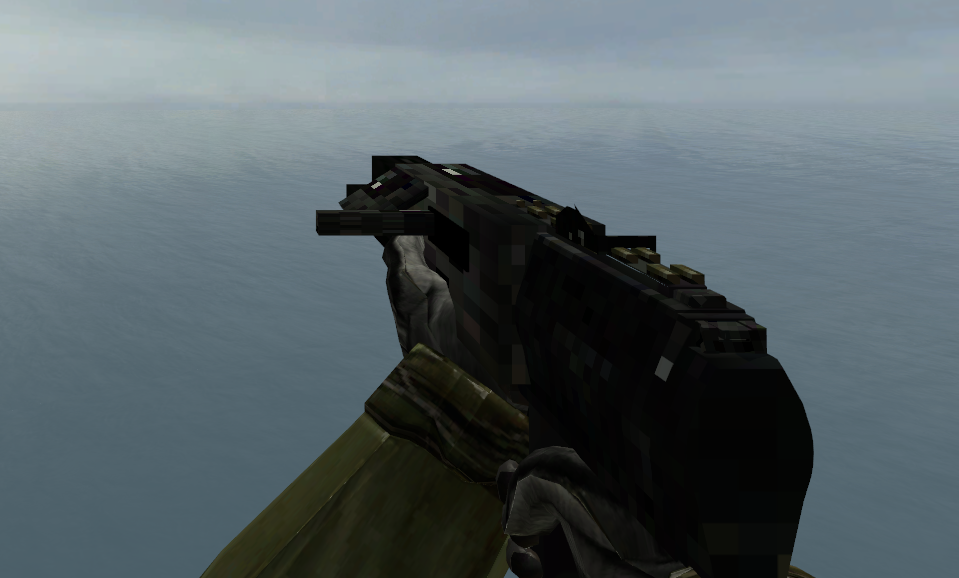 You only deserve one frame of animation :) :

It had a really fast firing rate but only 2 bullets per clip. 1 bullet does a LOT of damage. The problem was that playtesters would waste 2 bullets on, for example, a metrocop. Metrocop already dies from 1 bullet and the other one goes to waste. Fixed it by simply lowering it's fire rate.

Added a new shotgun that I won't show YOU, but it has a very crunchy sound

I still have some new weapon ideas. Probably gonna add more in the future.

There's some small visual changes, like menu background and that stuff...

I added "bonus maps" button that will load the fancy hub area map from which you can choose maps to play on. Couldn't be more simpler. Most bonus maps will be just memey stuff, disconnected from the main game. Except one. That one is "old storyline" GC22, before I scrapped the entire story and started from scratch again.

Any Ideas for da future?

Not gonna lie, but I've been thinking of making something like Hazardous Course from Half Life 1. I can put a lot of funnies, haha's in it. It's also going to be nice for practicing/getting used to bhop. If I do happen to add it, then there's going to be an option to skip it.

I have another mod in the works. Like only one person knows about it. But I had to freeze it because of Gasmask Citizen 22. Once this ABOMINATION is done, then I'm gonna go work on that mod. Enjoy this screeenshot from it: 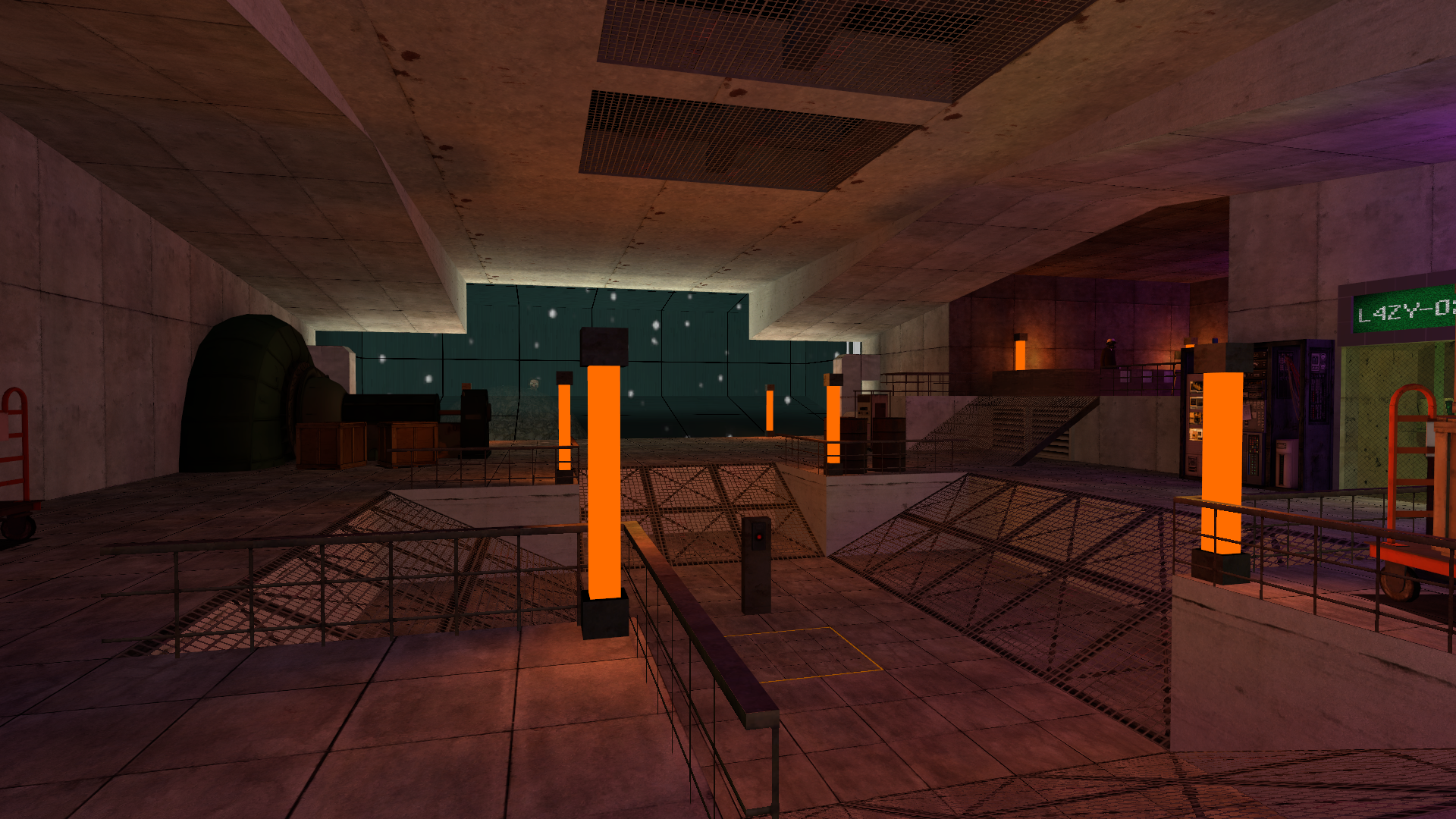 Completely forgot to mention that NPCS can use custom weapons now. This simple change made me go back to the previous levels and manually selecting which NPC gets new guns.

Thanks for the update! I totally get having to take a break. I get burnouts a lot from making videos, so I can only imagine how tough it must be for you making a mod, which takes more effort than simply recording and editing stuff. Please take all the time you need to make this masterpiece a reality! (also really looking forward to the other mod you have in the works, "Time Retriever" is what it's called right?)

Yeah. Screenshot shown here is pretty much finalized version of the space station (or hub area). The only thing I have to change here is the skybox, make space look more interesting. Like I said, Time Retriever is frozen right now because of Gasmask Citizen 22, I just couldn't focus properly when working on Time Retriever.
I wish I could release some kind of Demo for Gasmask Citizen 22 or something, but I'm too deep in development that it will take a lot of time cutting stuff out for the demo to make the file size smaller. It's not off the table though, If people would like to see a demo then I'm gonna do it.
Thank you for playing through my stuff btw! During 24 hour stream I saw that you had installed one of my old maps that I uploaded to Gamebanana (Forgot about that account tbh), looking forward to it! You'll probably recognize it by it's style, jokes and presentation. If not, then here's a hint - review.

I'm looking forward to seeing Time Retriever at some point, the brief synopsis you gave me made it sound very interesting.

As far as demos go, I would personally rather play the finished product than a brief teaser, plus if it's like you say, it'd be better time spent just working on the mod than whipping out a demo.

And NO WAY!! You made the food review map! I honestly had no idea you made that, but now that you mention it, I recognize the style right away! I've already recorded that map and made the video, it's set to come out in a few days. Dang, wish I'd known that when I recorded it lol