We are working on the Meat with more character skins, a retro-music mode, and more!

THE MEAT IS HUNGRY... for updates!

We've been in maximum overdrive here, as developer Razz continues to make Iron Meat even meatier since the demo dropped. To everyone that has sent us comments, or given the game a like, download, wishlist, or retweet: THANK YOU! We are hella pumped to release this onslaught of a run-and-gun straight to your face and the face of everyone you love, but as the saying goes, good things come to those who gestate.

For now, here are a few updates/modifications made on Iron Meat during the past two weeks:

Did you know that you can change your character's skin in the demo from the menu? Once you select the number of players, simply hover down to your character and click the arrow next to a corresponding area of the body (head, arms, torso, or legs) and create your own custom Meat fighter. I personally love the combo of dinosaur head and camo legs.

Anyways, we've asked us ourselves, to exhaustion really, What would Santa Claus do if met with the Meat? It be really funny to play as a merman with skeleton legs and are working to develop a slew of additional character skins to maximize this feature, from the downright silly to serious. Shout out to Lucky @LuckySoftWorks for bringing the pixels to life! 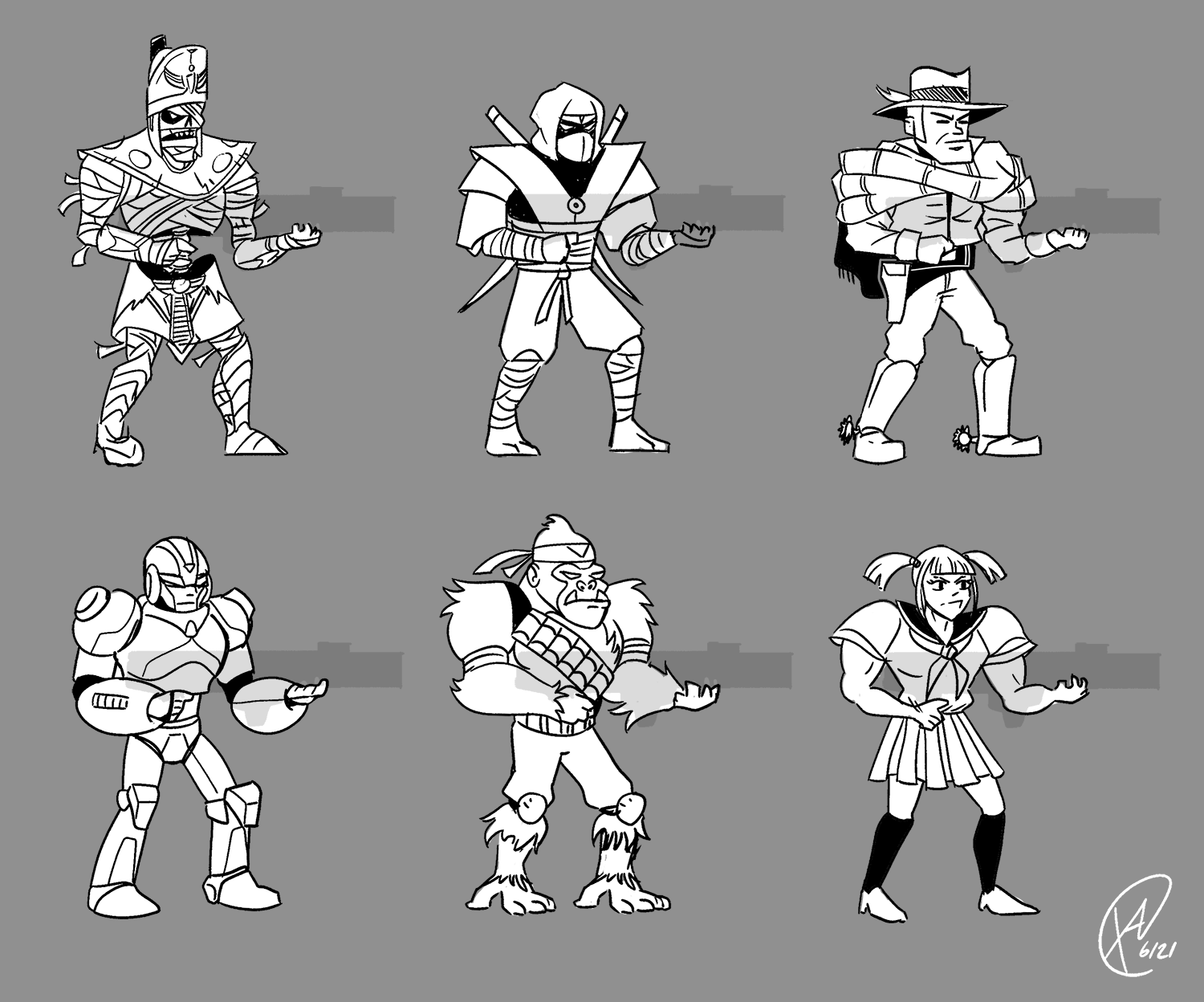 Comment below and let us know who or what you want to defeat the Meat as!

There's been a ton of positive feedback on Darkman007's OST and, trust me, it only gets badass(ier?) as the game continues. But in the spirit of the retro-style Iron Meat is violently birthed from, we've integrated a "retro" music mode, featuring a more chip-tuned call back to titles of the past. This will be easily accessible and can be toggled through the pause screen as well as the main title. Never has a 1988-era, near-future apocalyptical setting been more inviting!

What other feedback do ya'll have? Join the discussion on Discord or follow us on Twitter! Looking forward to bringing you even more MEAT soon!