An open-world survival- MMO game.Survive as long as you can on the abandoned military island, Orruss!

Another Day: Orruss is an Open-World Survival and Multiplayer game, taking place on an abandoned military island, currently being developed by two people.

After some new discoveries of hidden islands, Orruss was the most talked about and after a while, people kept coming. Finding they can never leave, they started doing whatever it takes to survive.

You will have to keep looking for weapons, utilities and resources to loot so you can survive as long as possible until you find a way to escape.

The game will feature two types of gameplay modes:

After development is over, the game will be available for Windows PC.

The project started in March 2017.

We are going for a semi-realistic way so that players get a realistic feeling without annoying mechanics. 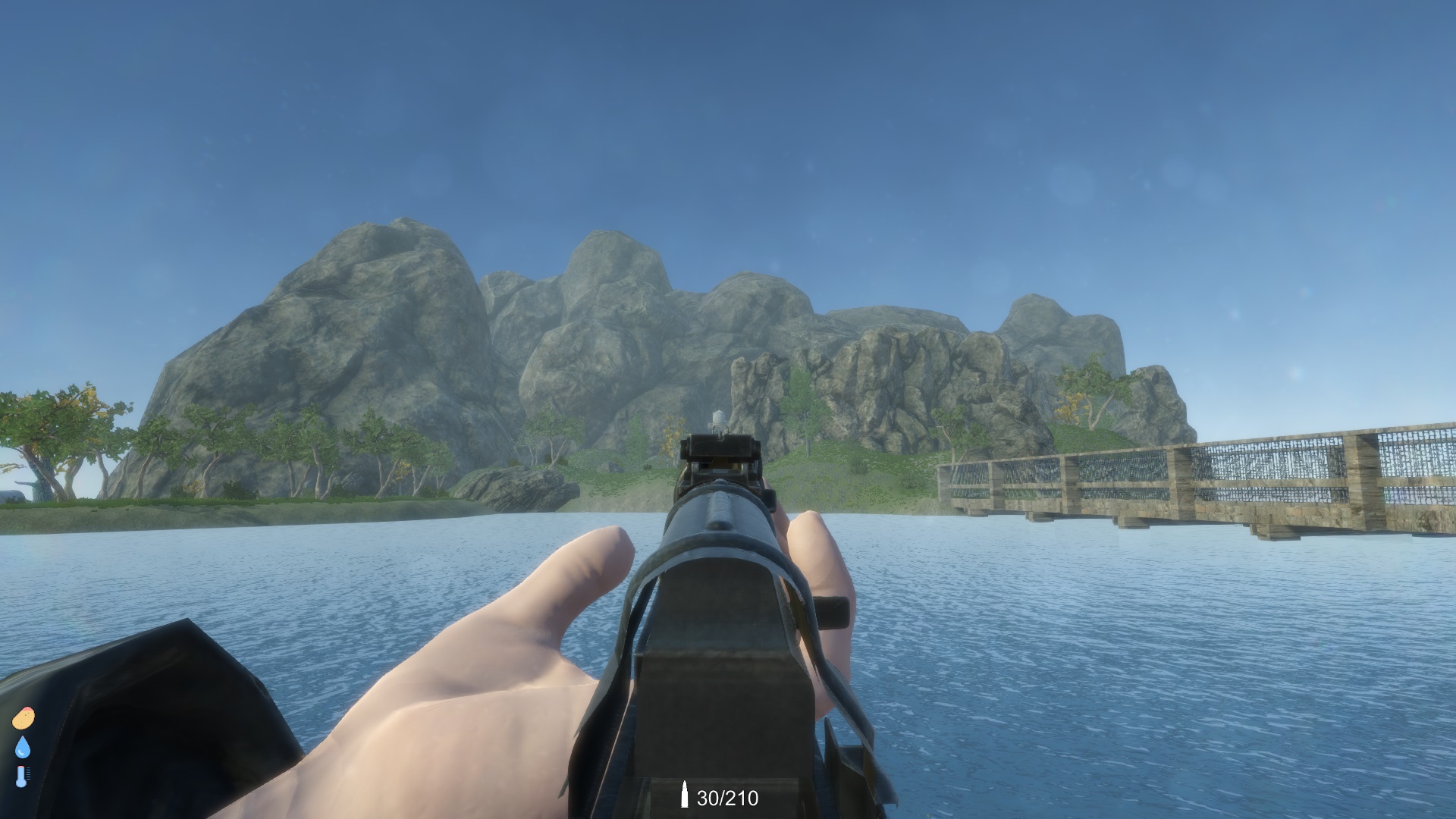 The game is a survival game where players have to survive as long as possible by looting items from all over the map or from other dead players.

In the FFA 5v5v5v5 battle zone, the map will have 4 closed zones with 5 people in it. Only after one player remains alive in the zone, one way will open so he can escape and move on to the next zone with the three remaining players.

If you like our idea please consider visiting us at our indiegogo page.

Looks just like any other Unity survival game made out of stuff from the asset store. What makes Orruss unique??