With Interregnum Alpha 3 being released at the start of this month along, July has been a busy time for Interregnum. Make sure you've on top of all the News, including a little surprise that was released today.

July has been an extremely busy month for Interregnum. So before announcing a surprise new feature, get caught up on everything that has happened in the last two weeks. 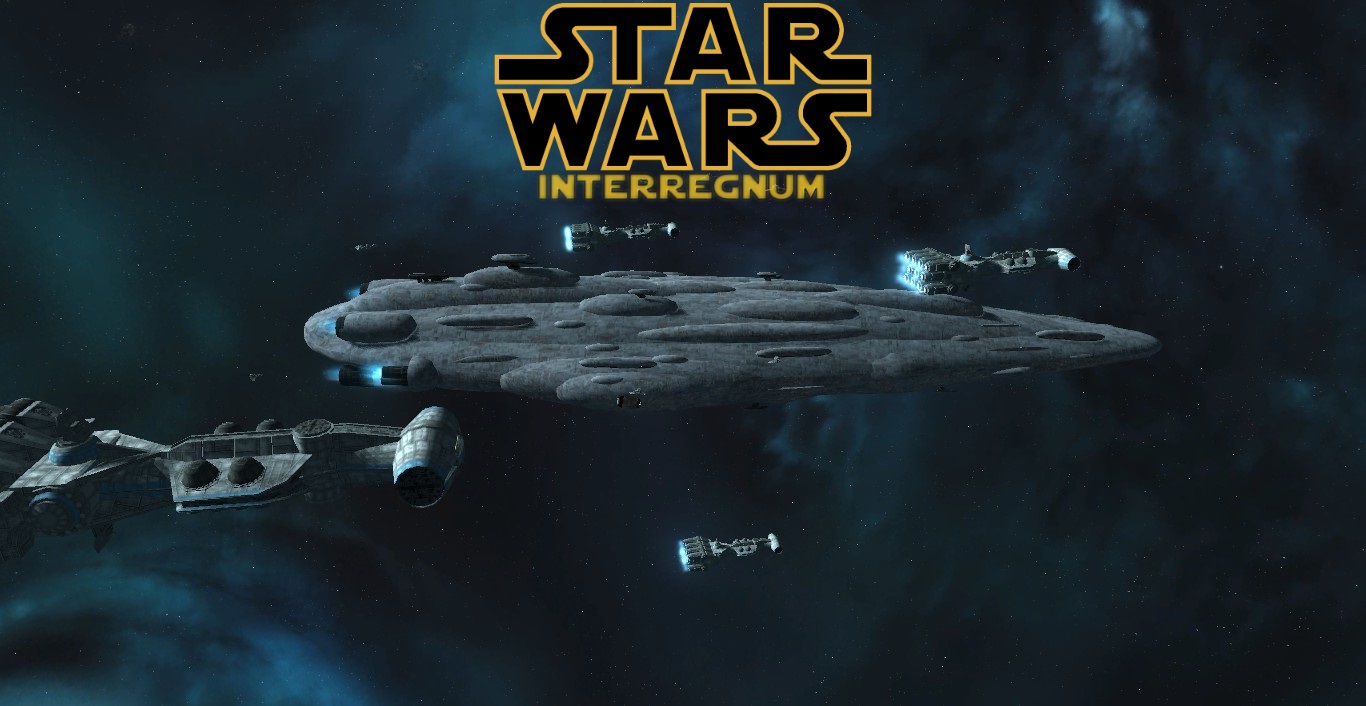 The long awaited Alpha 3 release of Interregnum finally arrived at the start of this month, bringing the Rebel Alliance into the fray. Fight to save the light side of the force, or take the dark path and crush these freedom fighters once at for all with an Imperial Battle Fleet that is looking better than ever. 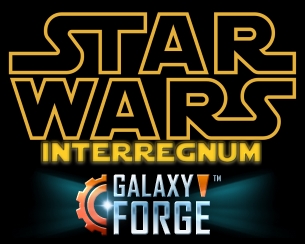 In addition to updating classic E4X minimods such as Expanded Research and No Superweapons for use with Interregnum Alpha 3, several new Minimods have been added for Interregnum specific features. One of these was even submitted by a fellow Interregnum player, Spardason.

1. Star Wars Factions Only: Relive Star Wars battles from before the Interregnum with this add on, which prevents the vanilla Sins factions from being played. For maximum Nostalgia!

2. All E4X Random Encounters: Alternatively, if you want more non-Star Wars content in your game, you can use this minimod. Interregnum now disables a few E4X random encounters since they have been replaced with Star Wars versions. This minimod adds them back in, including the entire set of Ancient Structure superweapons and the rare Cybernetic Planet.

3. Lend-Lease Capitals: The first minimod created by fellow Interregnum player instead of the dev team, Lend Lease Capitals modifies the extra capitalship the Triple Alliance factions (TEC, Ascended Advent, VIR) get. They will now use the weapon types and fighter squadrons of your faction, so your weapon upgrades will benefit these foreign built capitalships. 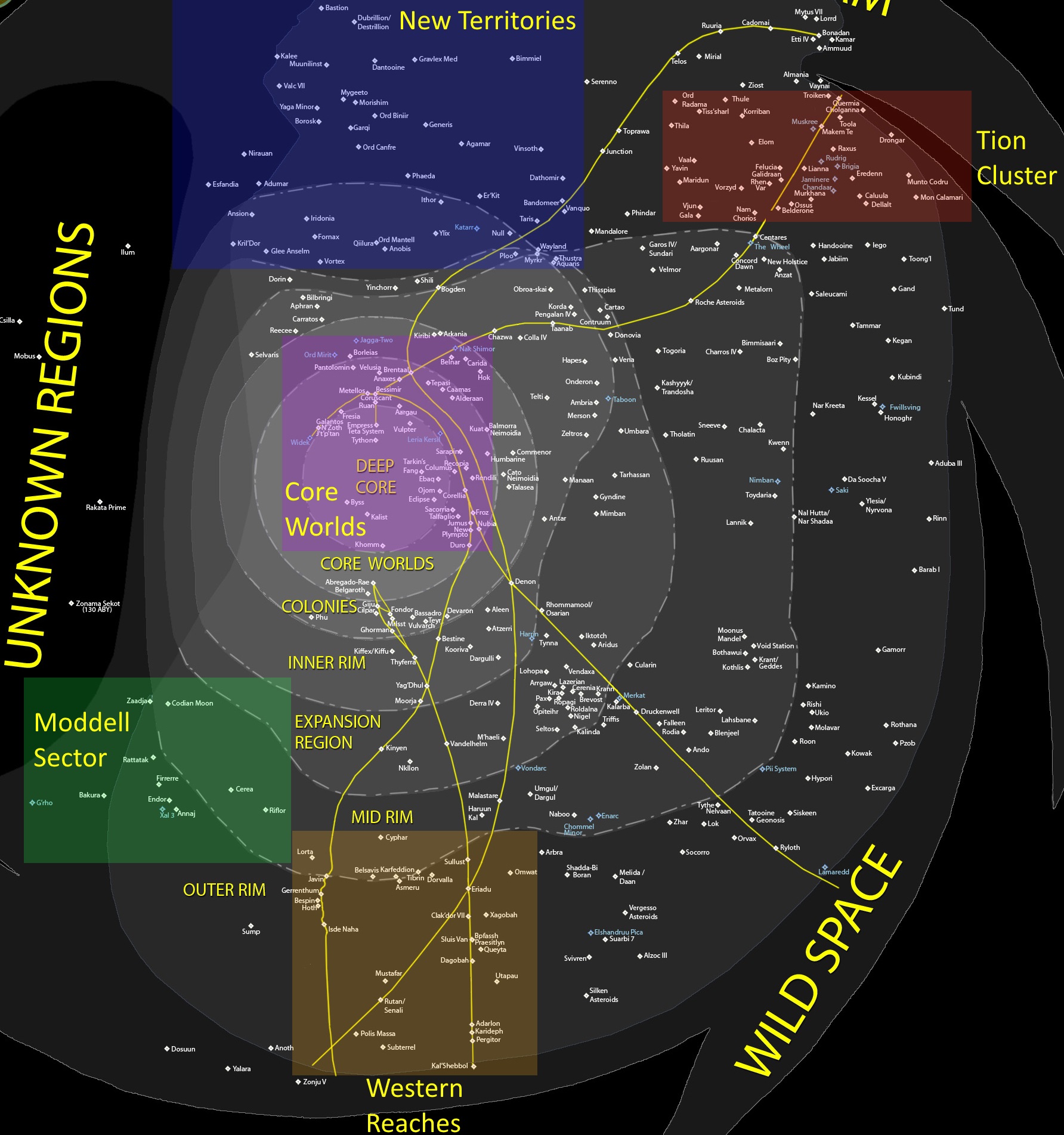 So rather than make you all wait until the next release to play these maps, I've released the first Interregnum Map Pack as an addon for everyone to enjoy now! The maps range from the 16 planet 2 player Moddell Sector to a 120 planet, 10 player map spanning the entire galaxy. This also provides a good way to see the Star Wars planet types Interregnum adds, since Kuat and Mon Calamari otherwise only spawn occasionally on random maps.

Some quick things to note about this map pack though. First, since they are based on the actual Star Wars galaxy, none of the maps are perfectly balanced. I did my best to shift things around and pick planets so that it would be relatively even for all sides, but if you want a perfectly balanced map, you should stick to the competitive Sins maps. Also, since asteroids and unpopulated planets do not get much attention in Star Wars, there are a lot more high level planets (Terran, Oceanic, Desert, Industrial) than is normal on these maps, so the games can be a bit slow due to the stronger militia presence.

Interested in sharing your own maps and perhaps getting them into the mod as well? You're in luck, that is what the addon section of the mod page is for. Anyone can add a map as an "Addon" to Interregnum, so you can easily share with your fellow mod players. If you're interested in getting your map included with the base mod (so users don't have to download it separately), make sure it follows these guidelines, then send it to me a private message. I will happily add the best maps with each new release.

This is great, I personally make custom map with more Terran, Oceanic, Desert and Industrial Planets anyways, can't wait to get spend my weekend on these new maps!

Thank you for the maps, now everything is perfect. Good luck for the NR development. :)

Wow, this is amazing! So much here that it's enough to just say hells yeah for all of it!

That said, I'd just like to congratulate you on such an amazing mod; it feels like an entire new game (and an extremely polished and practically finished one at that). I have had so much fun with it, especially now that the Rebel Alliance is here with Alpha 3- Ackbar is great with 'beware of traps!', and the starfighter focus is a great touch.

So thank you! Currently battling an unfortunate illness that keeps me house-bound a lot of the time sometimes so this is fantastic :)

Glad you're enjoying it!

I'm hope you recover soon from your illness, but I'm glad the mod is helping to pass the time while that happens. :-)

Why are there so many different mods - I just seen the same mod but it had a faction called CIS, at was a different mod.

I'm not sure what you are asking. There are many different Star Wars mods for Sins of a Solar Empire. This one has never had the CIS, and it never will. Some CIS ships are in the mod, but there is no CIS faction.

The Sins of a Galactic Empire mod is currently the only Sins mod that includes Clone Wars era factions like the CIS. It is very different from Interregnum though.

I think your mod is great after testing it for 12 hours.

It does offer a very different experience, I don't remember much about star wars theses days but I did recall much after playing the MOD.

I did notice a few bugs though.

After some time playing, the controls seem to be a bit buggy I.E you are unable to move left, right, up or down. Only left with being able to zoom in and out.

It happens every now and then in late game.

I loved what you did with the original races.

Oh and then there was the issue with, map sizes over 100 with anything over 6 players meant the game would be unplayable after a hour or two on (very hard).

Thank you for your response.

Thanks for the Mod.

Glad you're enjoying it. :p

Well, I don't think I've done anything that should influence the controls. I'm afraid that is probably the game or something with your computer. You might want to double check some of your User Interface or key bindings.

There is only one Rebel faction at this time. :p We are working on the New Republic to be the second one, but as you can see from the description on the main page, it is not out yet. We just duplicated the faction to fill up the faction select page.

The game is indeed single threaded for main gameplay. You may want to look into allocating Sins an entire core for its own use, that way other applications won't be able to take what CPU. The speed of your individual CPU cores is ultimately the most important factor for preventing late game lag.

Some people do seem to handle the largest maps, but you might want to try team games with some victory conditions on to get the game finished faster. Those 10 player maps can easily go for over 10 hours, which is indeed hard on the game.