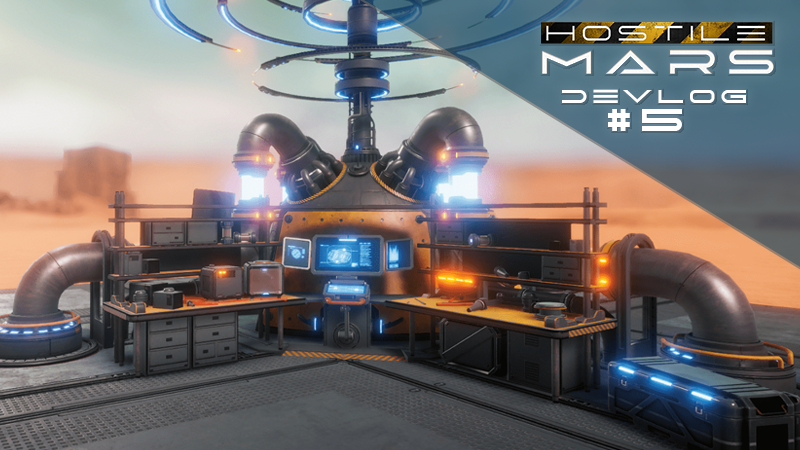 This Was A Busy Week!
I felt that this week was super productive and I managed to get a number of things accomplished.

I've added a few new models to the game and did a lot of playtesting/cleanup in preparation for the Unfold Games Awards submission deadline on Monday, March 15th.

I've also started inviting people to the Discord to manage the playtesting selection and feedback. If you are potentially interested in helping with early playtesting join with this link: Discord.gg

I've worked a lot on the initial 30 minutes to an hour of the game, honing in on a good flow for time spent between combat, gathering resources, and the number of items that are unlocked through upgrades or built.

Craft Bench
This brings me to the first model to show off, the craft bench. The craft bench is attached to the Home Base Command Center and is for the manual creation of items. Although you can still queue up items to be built, you cannot retrieve or deposit items to the craft bench with delivery bots. The main purpose is to craft items in small quantities that you may be short on to get to the next upgrade stage. 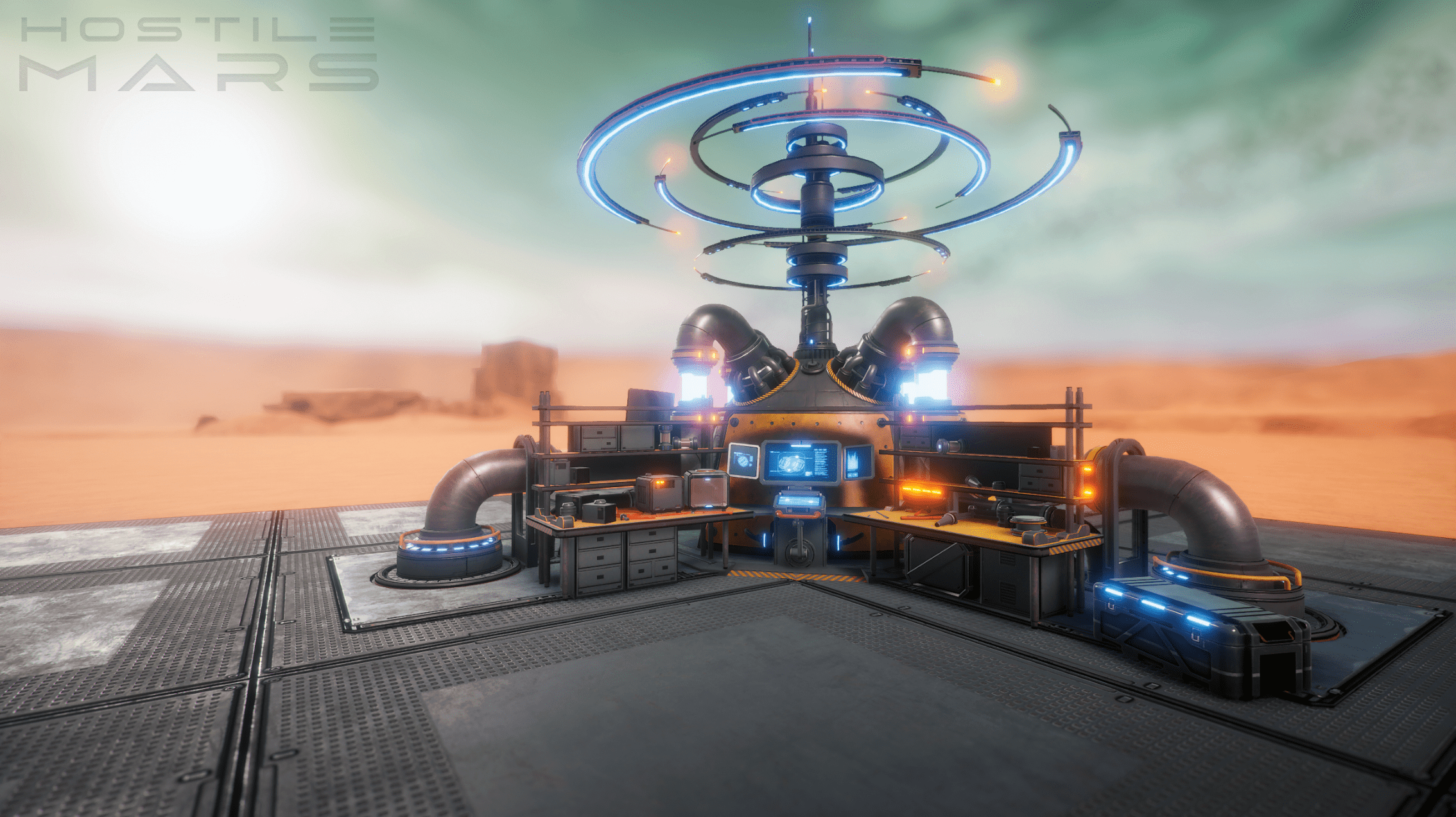 Stacking Thrust Pads
I've updated the thrust pad and have had some interesting builds with it, one propelling anything that walks through it into the air!

This will work for enemies as well. The ones that take fall damage and that are susceptible to thrust pads will be shot into the air and break to pieces on impact. If they land on other enemies, they will also take damage as well.

Mesh Updates
A bunch of the panels were updated to be simple 6 sided meshes instead of the previous LOD versions. There will be a lot of floor panels in the scene and this way performance won't take a hit when someone like Josh from "Let's Game It Out" tries to break everything. 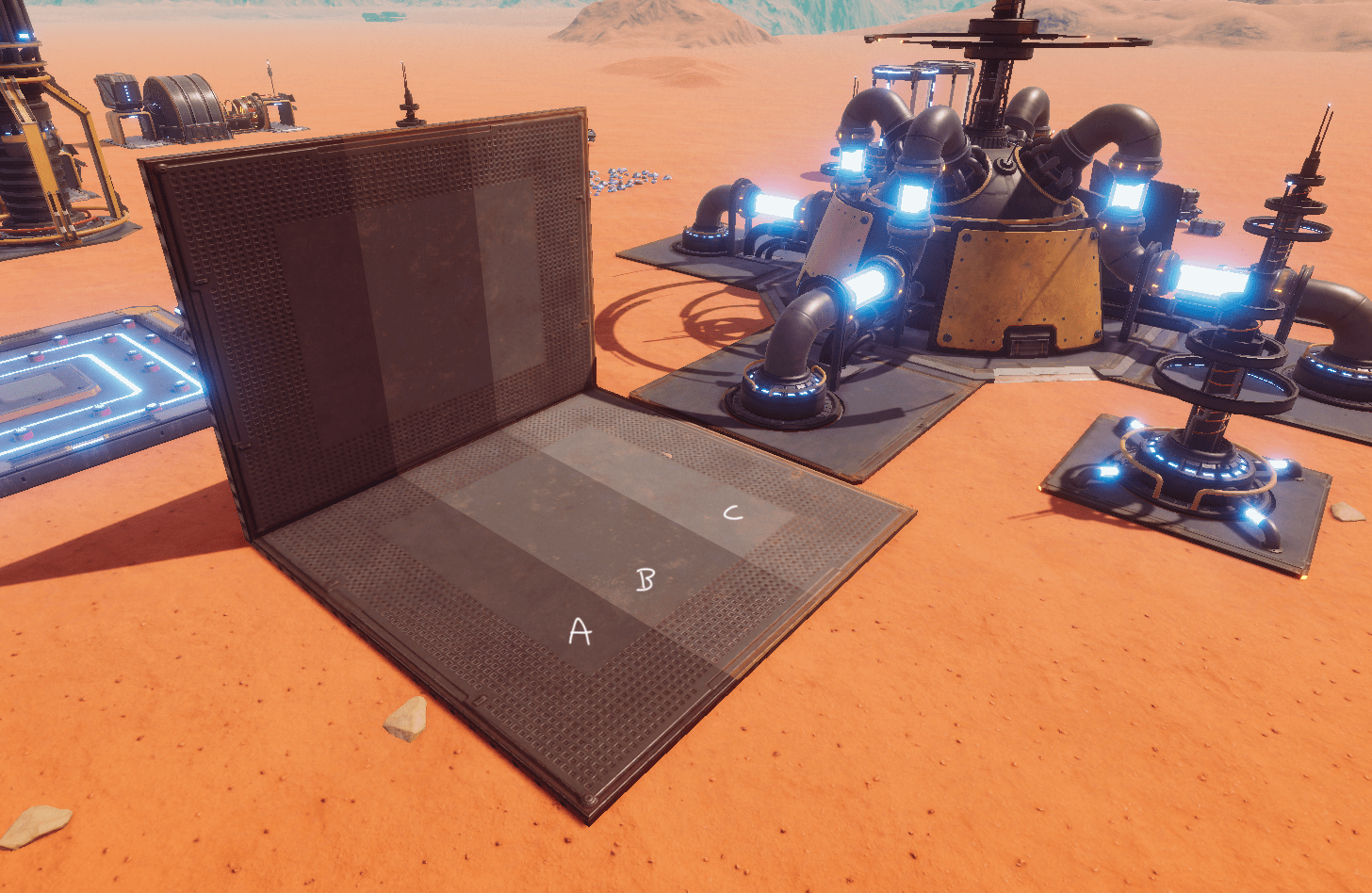 Force Fields
I've added force fields to the Home Base Command Center and the player as well. You will have an over-shield that protects from projectiles and other damage. Be careful, once the shield is down you are susceptible to pretty much any kind of damage. If you get shot while your shield is drained, it's game over! But the shield regenerates after being out of combat for a short time. 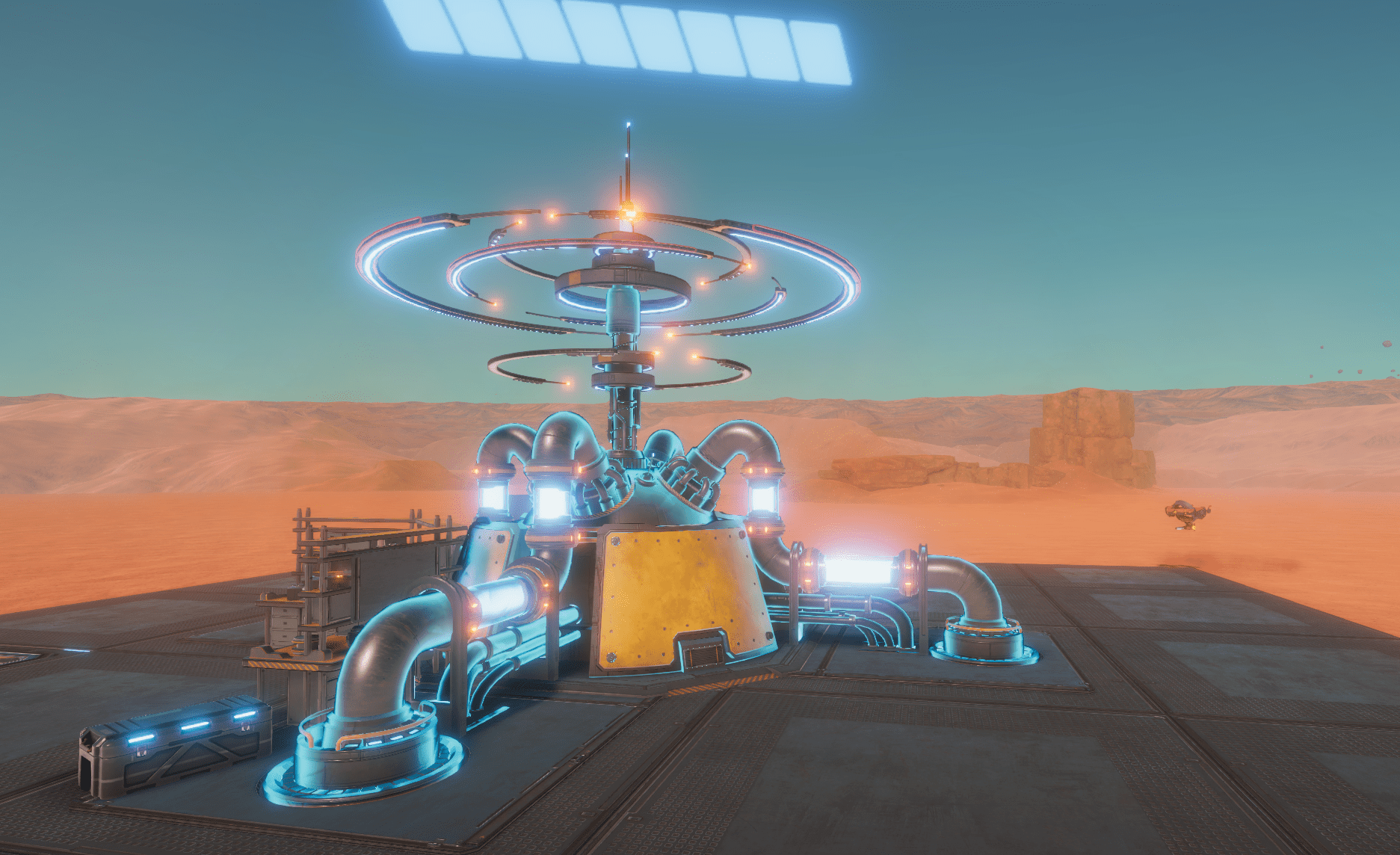 I've done a lot of work with sound effects in the last week as well. It was fun to design sounds to play along with the force fields, their deflections, and powering up and down.

If you aren't following on social media, I also posted a short video of a bomb trap container on Twitter. 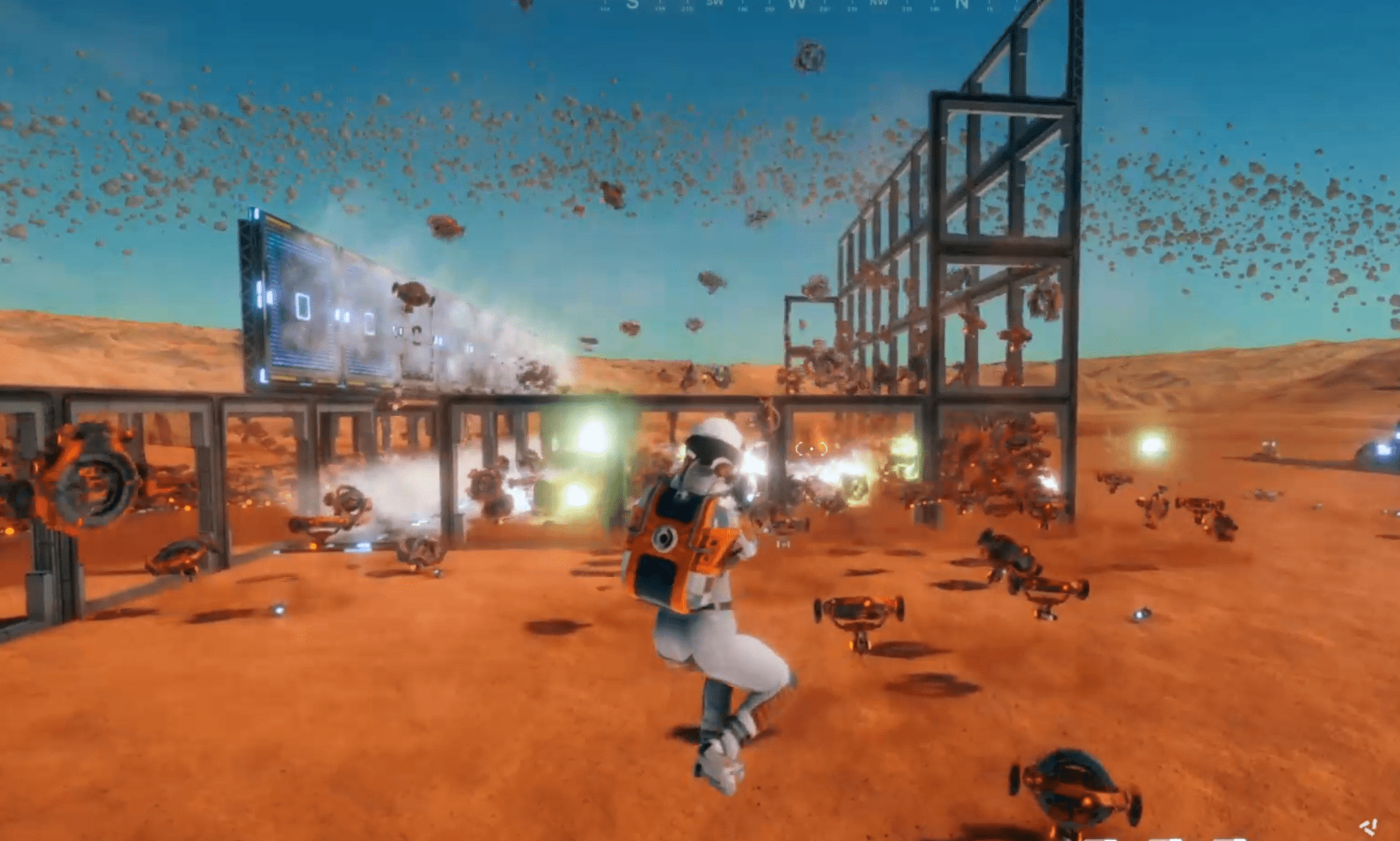 It boosts enemies into the air with a thrust trap, pushes them into a box with another thrust trap. Then, you know, bomb traps. I also did some volume testing with 1000+ enemies at the same time with great results on performance.

Lastly, I've been working on a few new visual effects for explosions and machine functionality, so I will have those complete and ready to share for next week.

That's it for this week, another update on progress next week!
Take care,
-Jake