It has been a long time since crazyroman and me released a standalone addon Barbarian Empires: Hellenistic Legacy. Time to change this!

It has been a long time since crazyroman and me released a standalone addon Barbarian Empires: Hellenistic Legacy
Time to change this! The new version contains all the nice additions from Lanjane's Barbarian Empires 1.04 and WIP 1.05, and also offers tons of its own benefits, such as overhauled AOR and economy, carefully thought-out additional provincial campaign, wooden walls from DTW, culture system known from XGM, lots of new units and tons of other improvements!

This is a fully modfoldered mod working on RTW-ALX.exe only. Installation is simple: copy NL_2 modfolder to Rome - Total War folder, and run the provided NL_2/Start Hellenistic Legacy.bat file to run the mod.
It is HIGHLY recommended to install music addon Rome: Total Music to have the best experience playing this mod. Link to the download and installation instruction is here: Rome: Total Music
The new version is not savegame compatible with previous release saves.

Full changelog is listed below, describing all the improvements since latest release 05.06.19

- Instead of the 2nd vanilla tier walls now there are the new DTW wooden walls with siege engines etc. Note: Thanks to Suppanut for helping out with this. 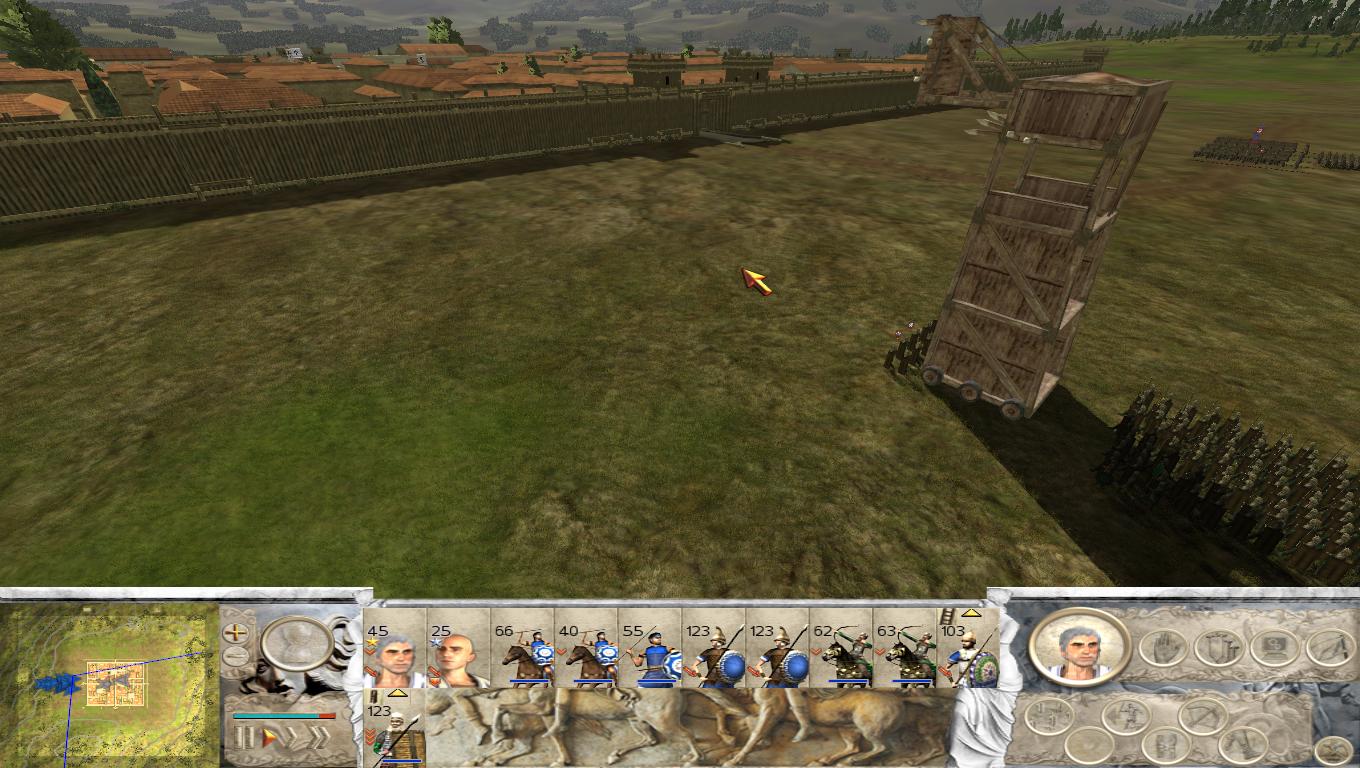 - Added full support of "religion" from BI as a cultures mechanics (seen in other mods like XC, XGM, DTW and others)
- Added various traits related to culture/religion mechanics and colony buildings which allow converting to your culture
- Added RTWE provincial campaign from Lanjane's Barbarian Empires, with a new culture system fully implemented and improved garrisons diversity! 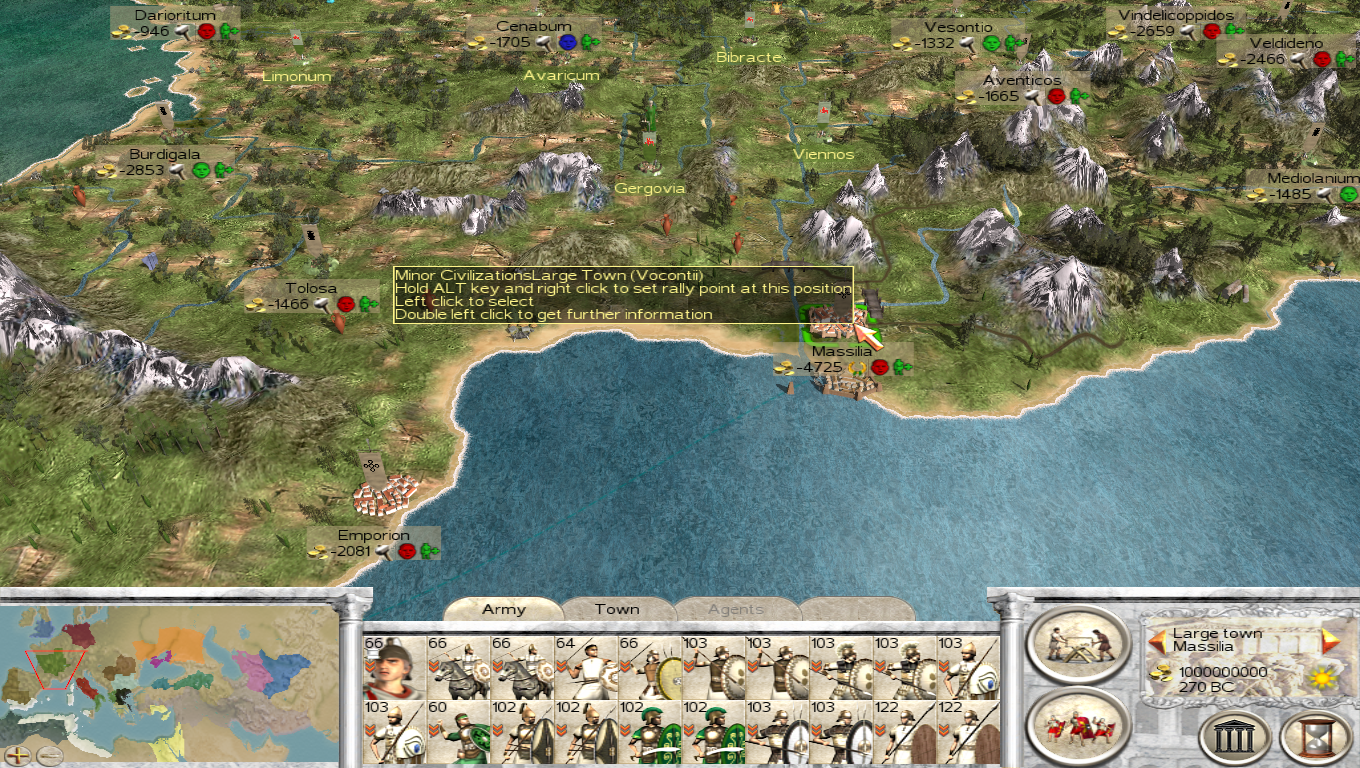 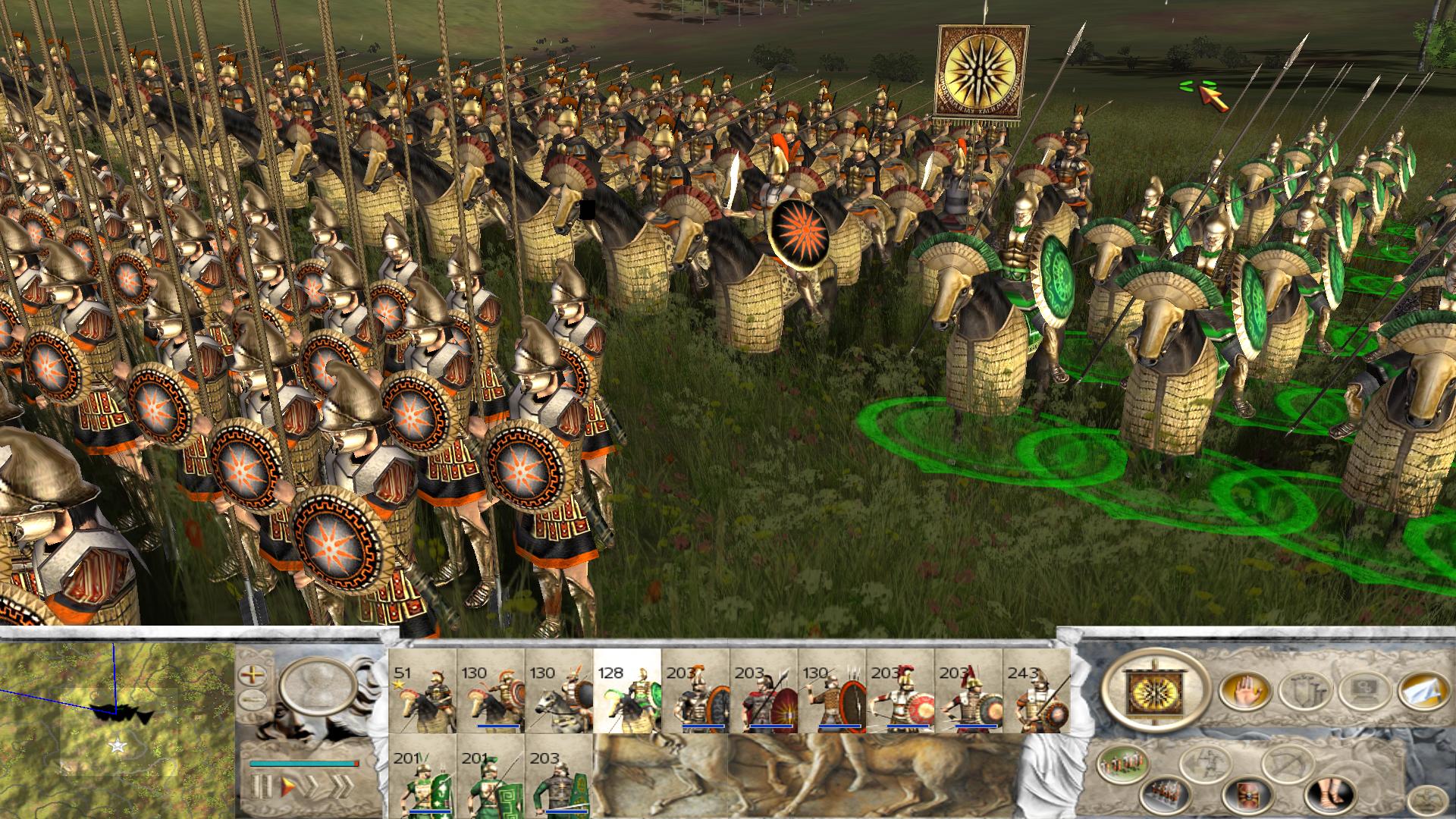 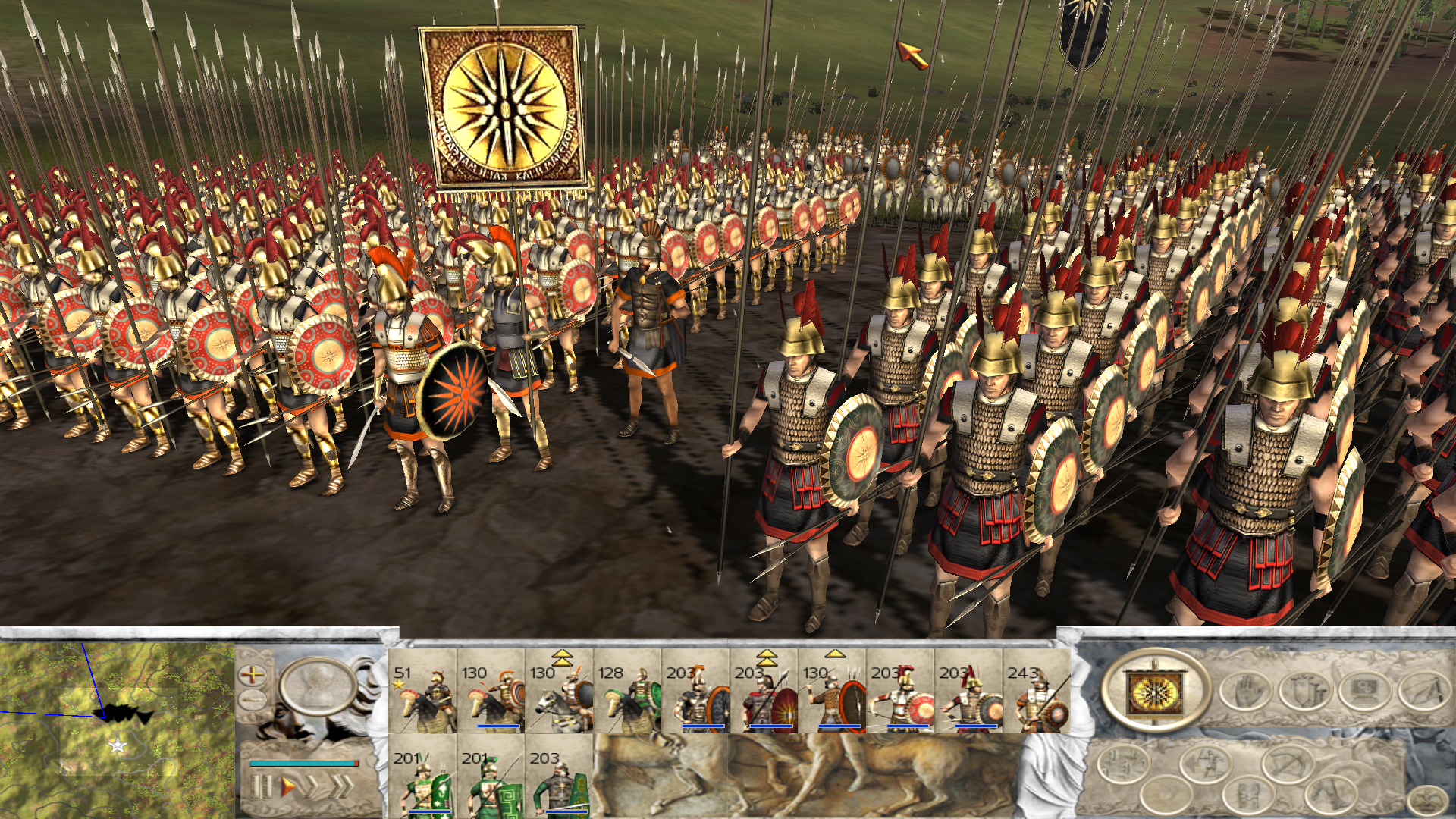 - Complete overhaul of AOR for units, with all region requirements carefully handpicked by crazyroman, now unit recruitment makes much more sense!
- Removed early bodyguards from all factions, now they all use late ones (due to it was unfair to make non-roman factions have to rely on roman reforms)
- Better AI of archers (they now have lower attack but AP attribute, so they take highly armored targets as a priority now, not avoid them like it was before)
- Better attack of archers
- Better attack, mass and anti-mount bonuses of phalanx units
- Rebalanced armor values to more accurately represent actual unit looks
- Gastraphetes units now use animation from BI (weapon in right hand) and are slightly more effective
- Improved stamina of all units so they won't become tired so quickly now
- Decreased heat penalties for units
- Faster generals horses and heavy horses
- Fixed scorpions not shooting bug
- Removed a lot of cheap bonuses from buildings to make campaign harder
- Added a lot of new rebel unit types and assigned AOR recruitment of these units to slave faction
- Scythian female units now have skin variants for Germans, Britons and rebels. Those factions can recruit them in eastern part of the map, and at the last tier of military buildings recruitment becomes unlimited (AOR units become regular ones). This both makes higher tier military usable and solves the issue of replenishing losses of your units in late game. 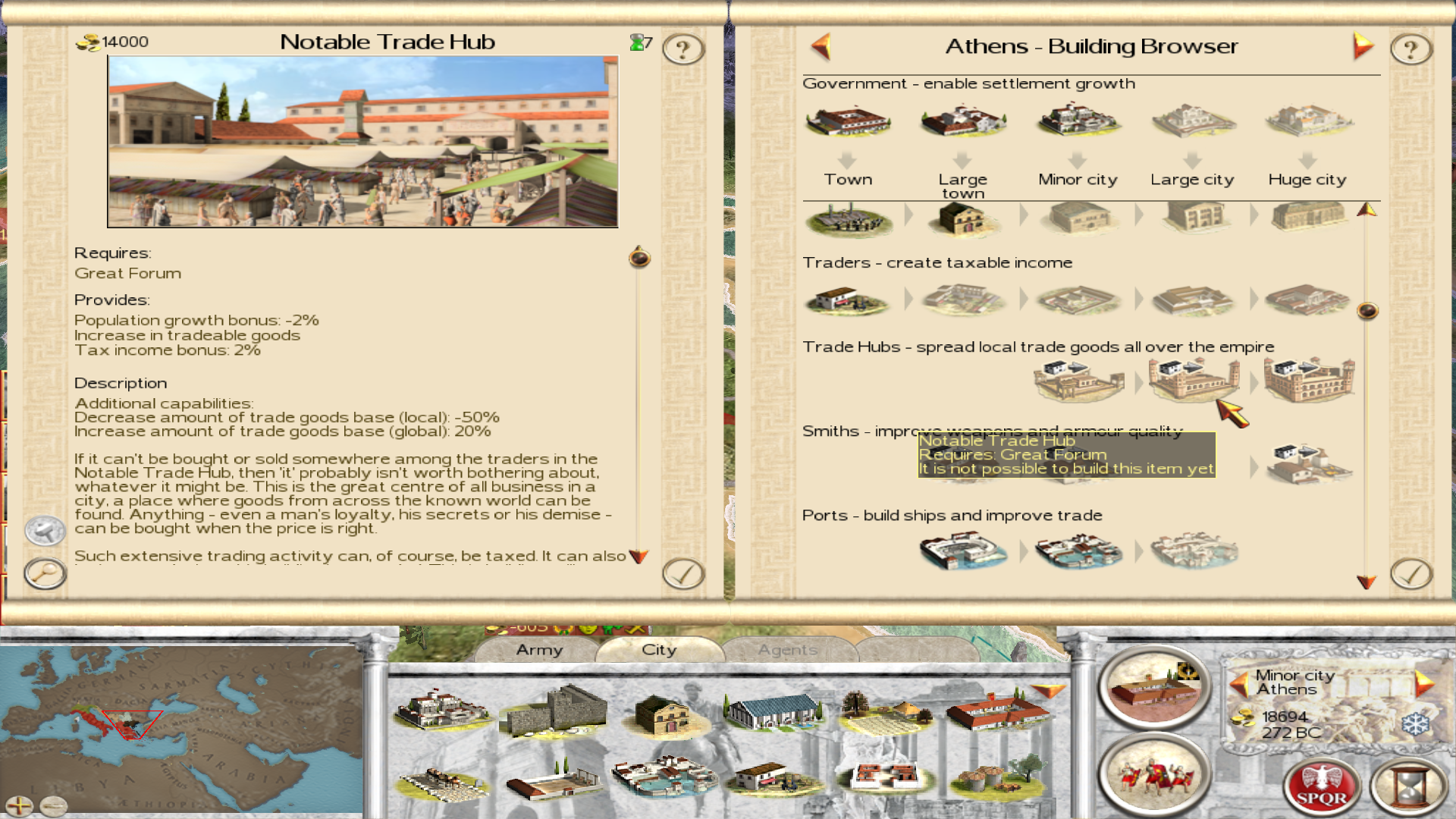 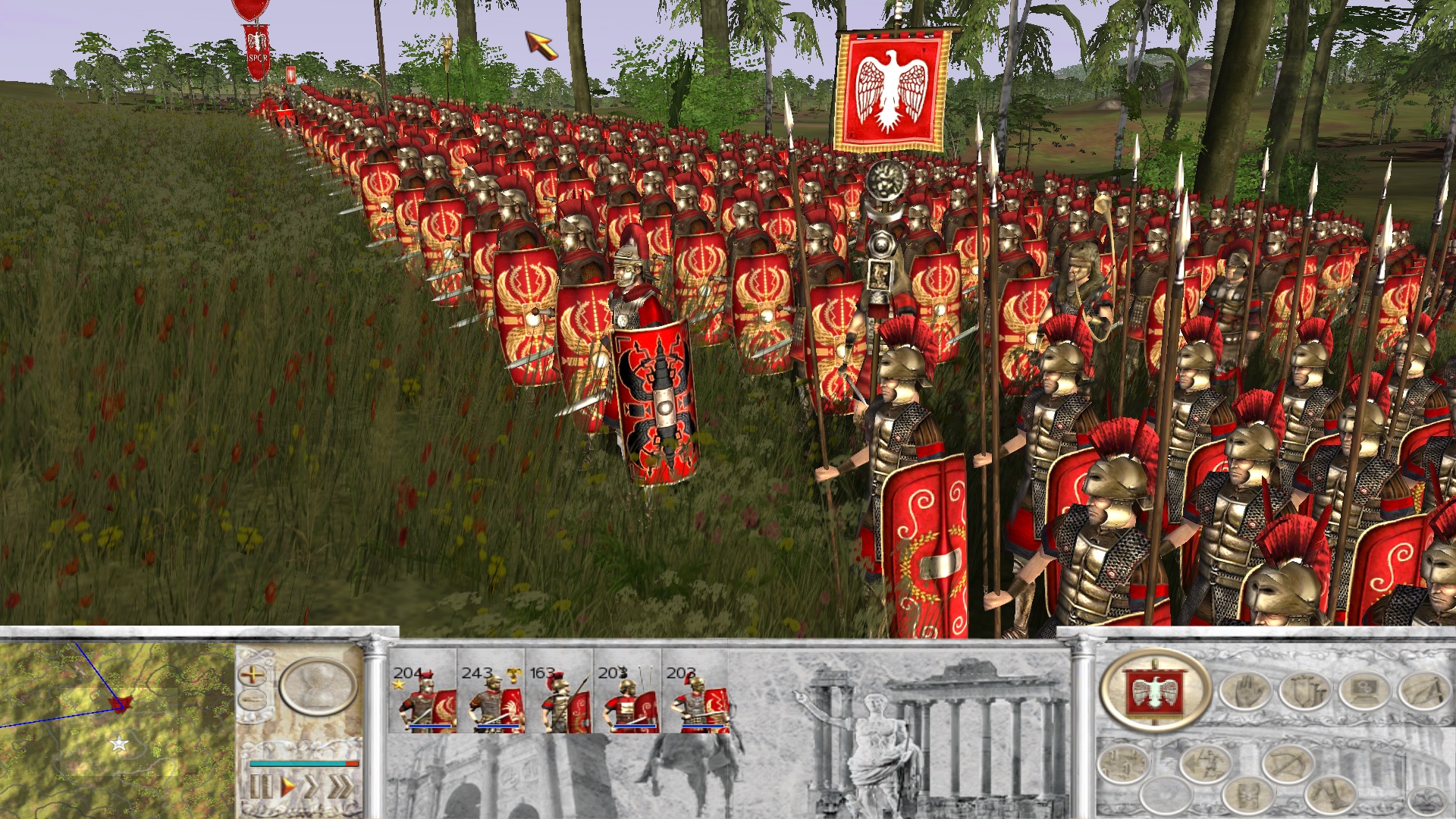