The TEC subfaction gets fleshed out in the next Enhanced 4X Mod patch.

While not the primary purpose of the next patch, by coincidence I ended up making a lot of changes to the TEC (aka Loyalists) faction, and after my lets play video decided they could use a bit more fleshing out. Here's an outlined of the changes TEC commanders can look forward to.

The Ankylon will be able to engage many more targets with its primary beam weapons now capable of firing in every direction. This should lead to a DPS increase in virtually all situations, and means the Draining Beams unique titan upgrade for it will have many more targets to drain shields from. 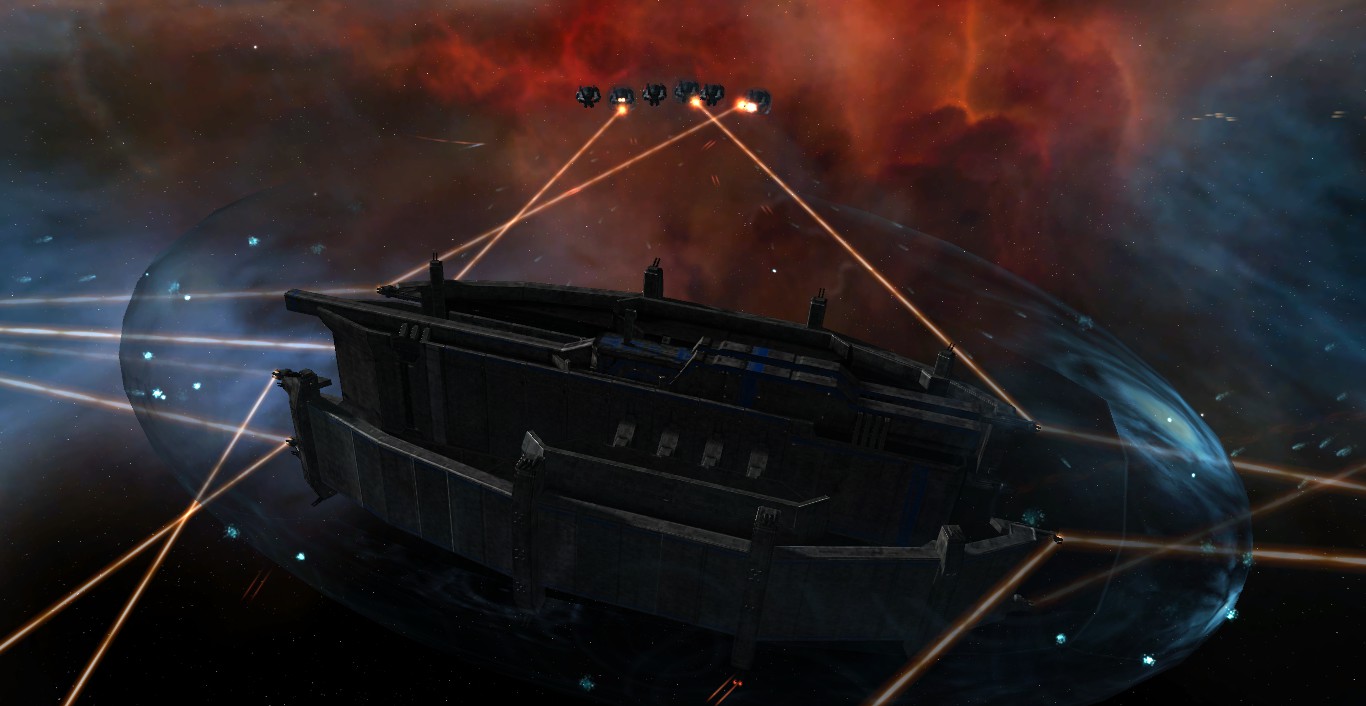 While useful, the Shriken Corvette's speed debuff did not seem very fitting for a defensive oriented faction. The Corvette has thus been given a new ability, damage rangefinders, that has a chance to reduce the combat range of any ship. This can force enemy ships into range of your defensive fortifications, as well as interrupting enemy damage as their ships are forced to relocate closer to your battleline.

A new early level research will be added to the TEC's combat research tree. This heavy alloy strengthens armor while increasing mass, giving TEC fleets more standing power but slightly reducing their mobility as increased mass lowers acceleration and turning rates. Tactical structures will also get an additional armor bonus, as they do not have to worry about mobility and thus can make better use of this new alloy.

Planetary fortification have been one of the hardest things to balance in this mod. Virtually all of it has to do with ranges. If the planetary weapons have too long of range, then the attacker has almost no room to engage anything in the gravity well, while if it is too short the fortifications become useless at everything but attacking siege frigates. To help balance this, this powerful feature will be scaled back on the tech tree, more in line with the powerful ability it is. Once you research it, all future planets you colonize will automatically build up fortifications as before, but your colony frigates will also be able to start the construction process, allowing previously colonized planets to deploy planetary weapons.

The TEC will also start with a special starbase constructor as their homeworld. This constructor cannot phase jump but will allow the TEC to have a free starbase deployed on their homeworld at the start of the game, further making them a very difficult target to attack early on.

Not a TEC specific change, but a mine change will be made to how scouts clear mines. It can be difficult to sweep mines in a hurry with the new mine system, so scouts will both be able to destroy mines by ability as they do now, as well as reveal mines to damage from normal weapons as they used to. While Mines have been given a substantial HP boost now that there are fewer of them, it should make dealing with heavily mined wells backed by a fleet and fortification less of a death sentence for attacking forces.

You just gave me a reason to boot up sins again D: