After 4 years of on and mostly off development, Half-screwed is released under Public Beta!

What an amazing journey, guys!

After 4 years of on and mostly off development, Half-Screwed is released under Public Beta! This means that I am releasing what I have done so far onto you guys for comments/bug finding and other fun. I never thought I would be able to type this!

Half-Screwed is a modification where the impossible is in the game and it is unbalanced as hell. The time has come and I'll be showing you guys what I have been doing on and off. Please note, this is a Barebones Beta. Meaning, there is like 15% of what would be in the first version.

With your ongoing support and comments, I can continue to develop and have some great time along the way! I will be playing every now and again, so if I log in, greet me if you desire. That is, if you play past a day or so, LOL!

Thanks your ongoing support and comments and keep kicking ass, Moddb! Here's an exclusive peek of some of the player models included in the game. 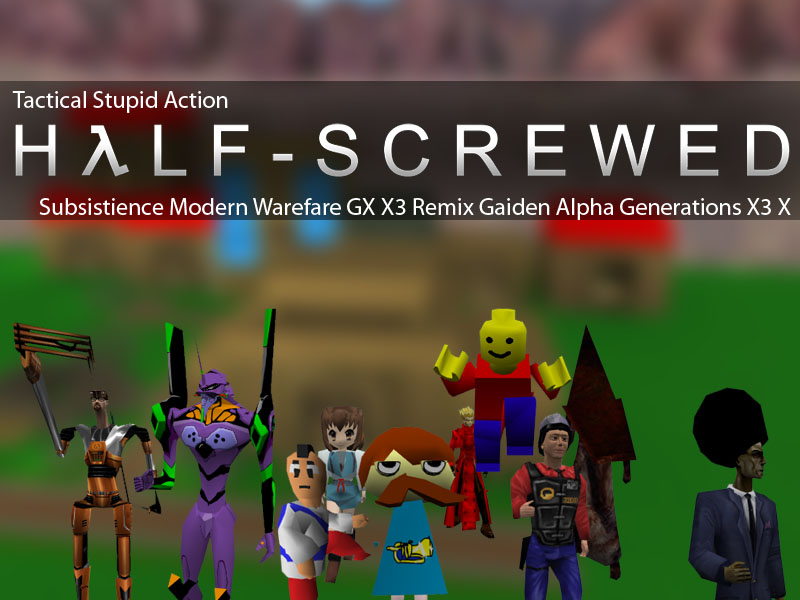 the courtyard map doesn't load and says it's missing drakkhen.wad

Those maps are leaked, whoops. They are incomplete maps and I chose not to release them just yet. However, they are still alive.