The newest progress update shows what has been added, planned and changed in WAR during the mod's development.

So it's been a couple of months since the last progress update, and some things have been changed.

HLW's story has been changed a couple of times since early 2018. In the beginning, the story was simple; you were just a guy on a quest to save his scientist friends from an enemy faction which wanted to take over a city. Then, in the mod's ressurrection in September 2018, the story was changed to you being a generic military man sent to a mission to sabotage a terrorist operation and capture a prototype of some weapon.

Now, the story has changed a lot. Since i don't want to spoil some parts of the story, i'll just give a basic premise for the demo mission:

You are Tony Snyder, a member of a top-secret military organisation called "The Hole". An unknown terrorist group has hijacked a cargo ship and are now using it to transport supplies to their bases. There are reports that the ship is swimming to an arctic base, called "Quincer Base". You will have to go to Quincer Base and retake the ship. And don't forget to kill every terrorist on sight.

Since the last progress update, i have been making new maps for the demo mission.

Here's a screenshot for the intro city map: 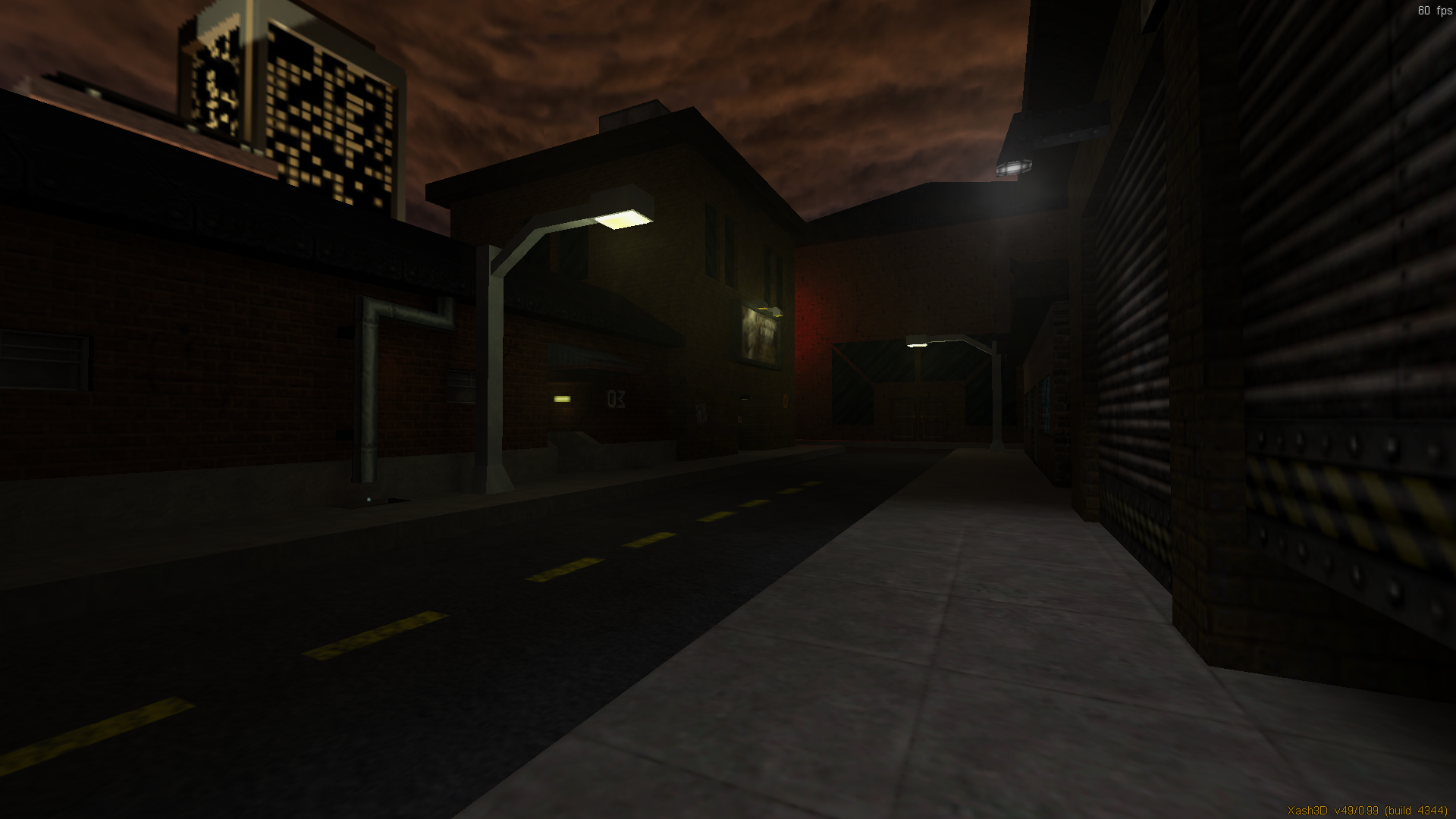 So far, that's the only section of the map that a bit complete.

Now the screenshots for the arctic maps: 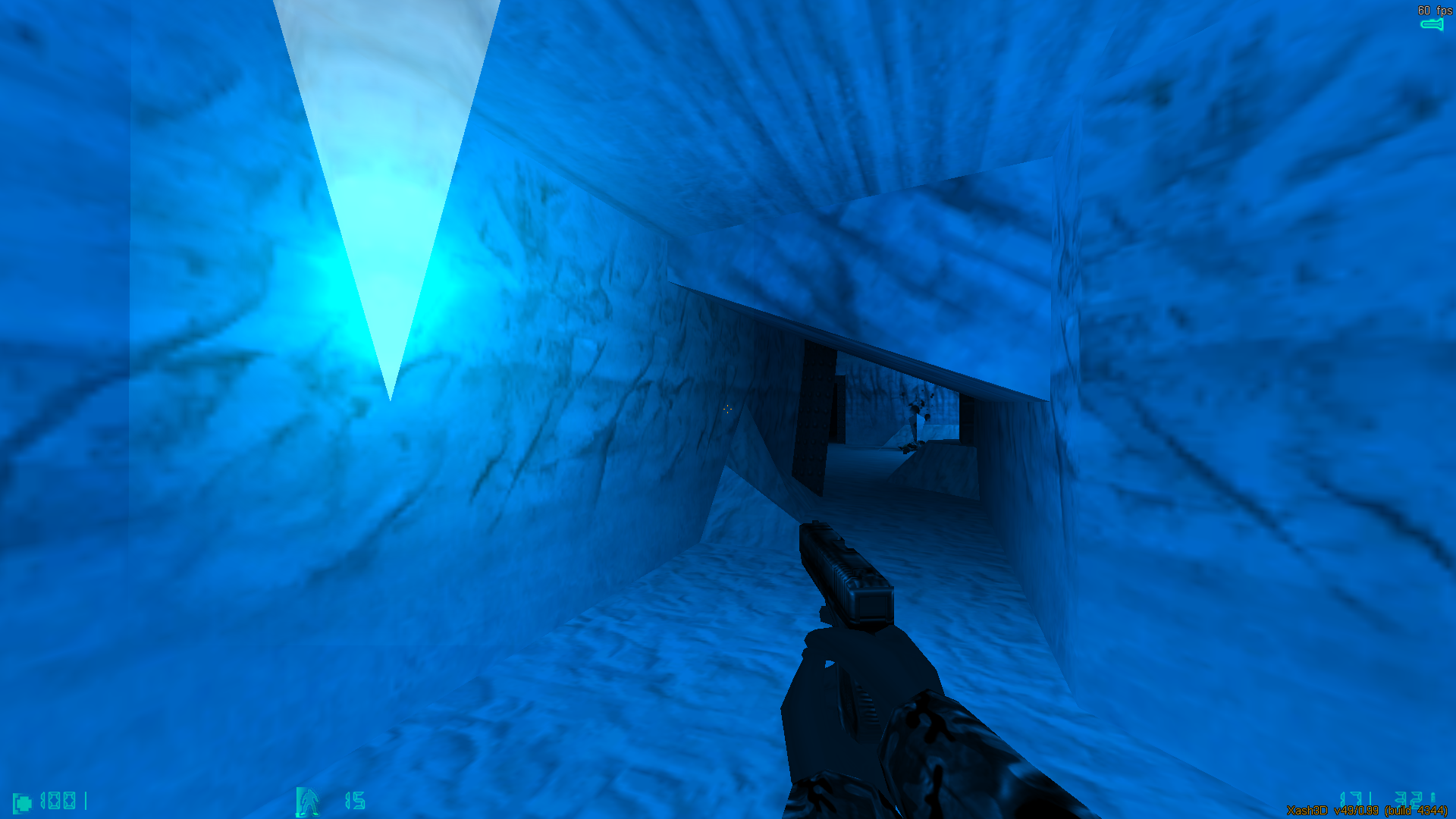 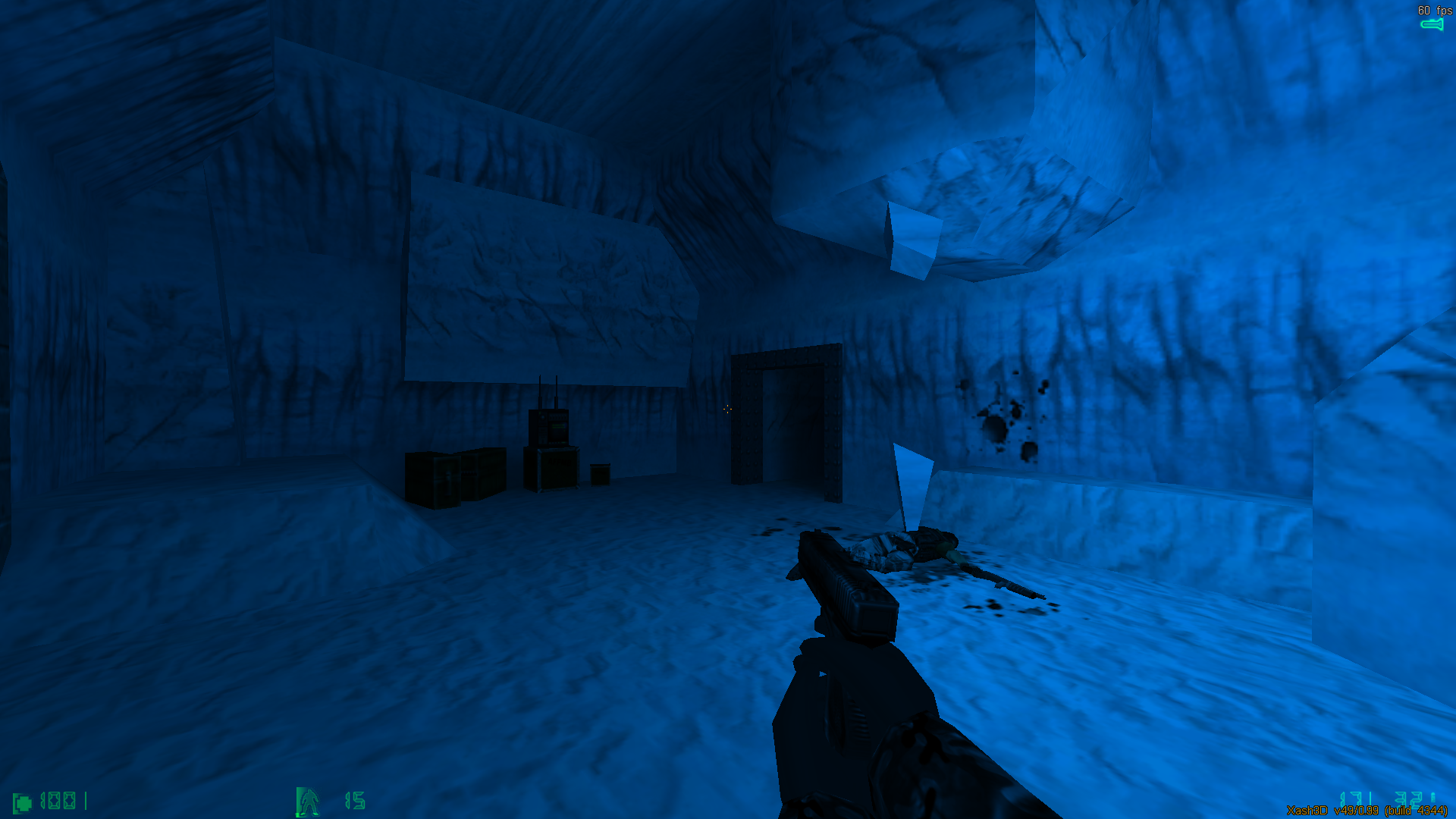 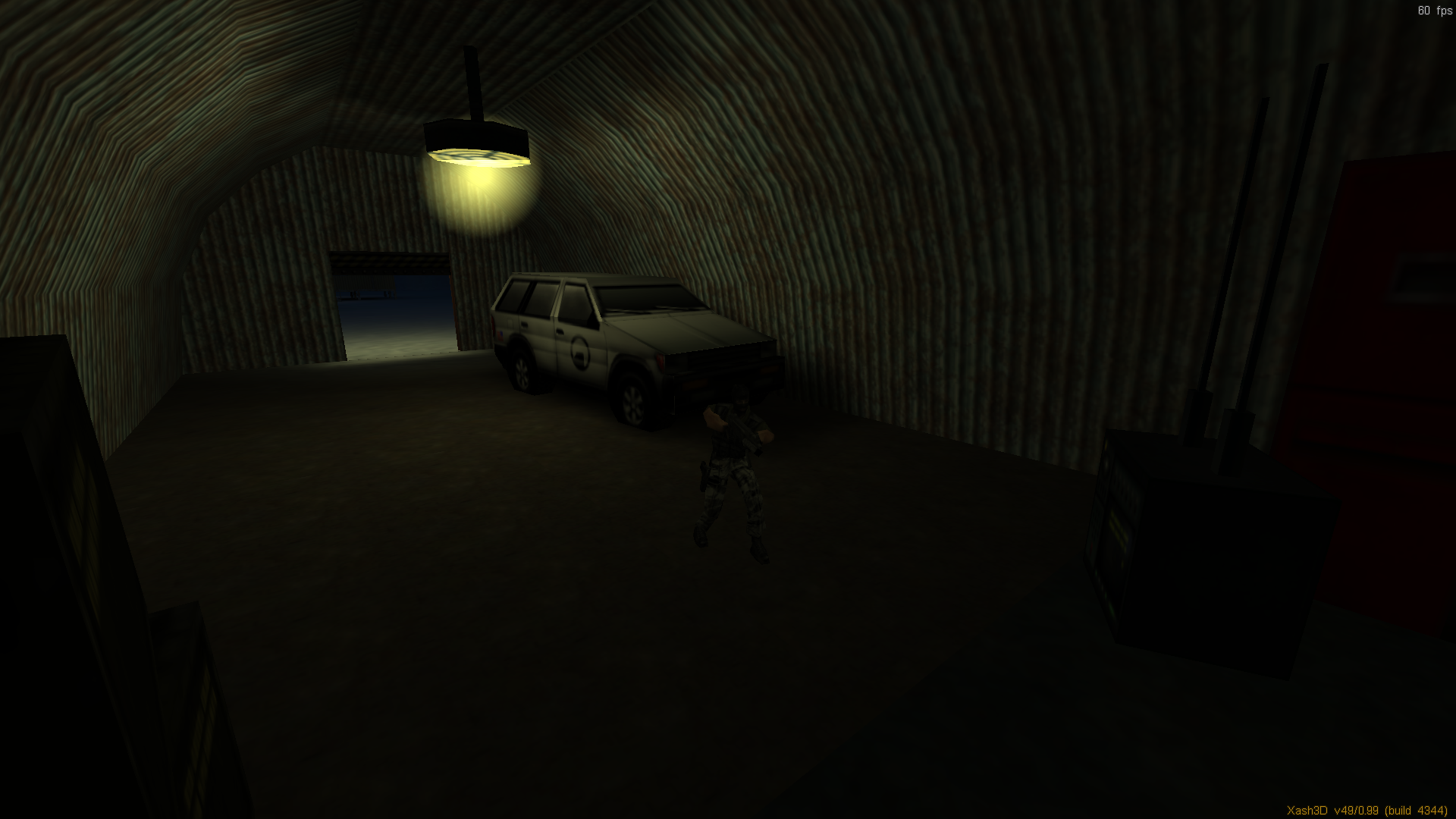 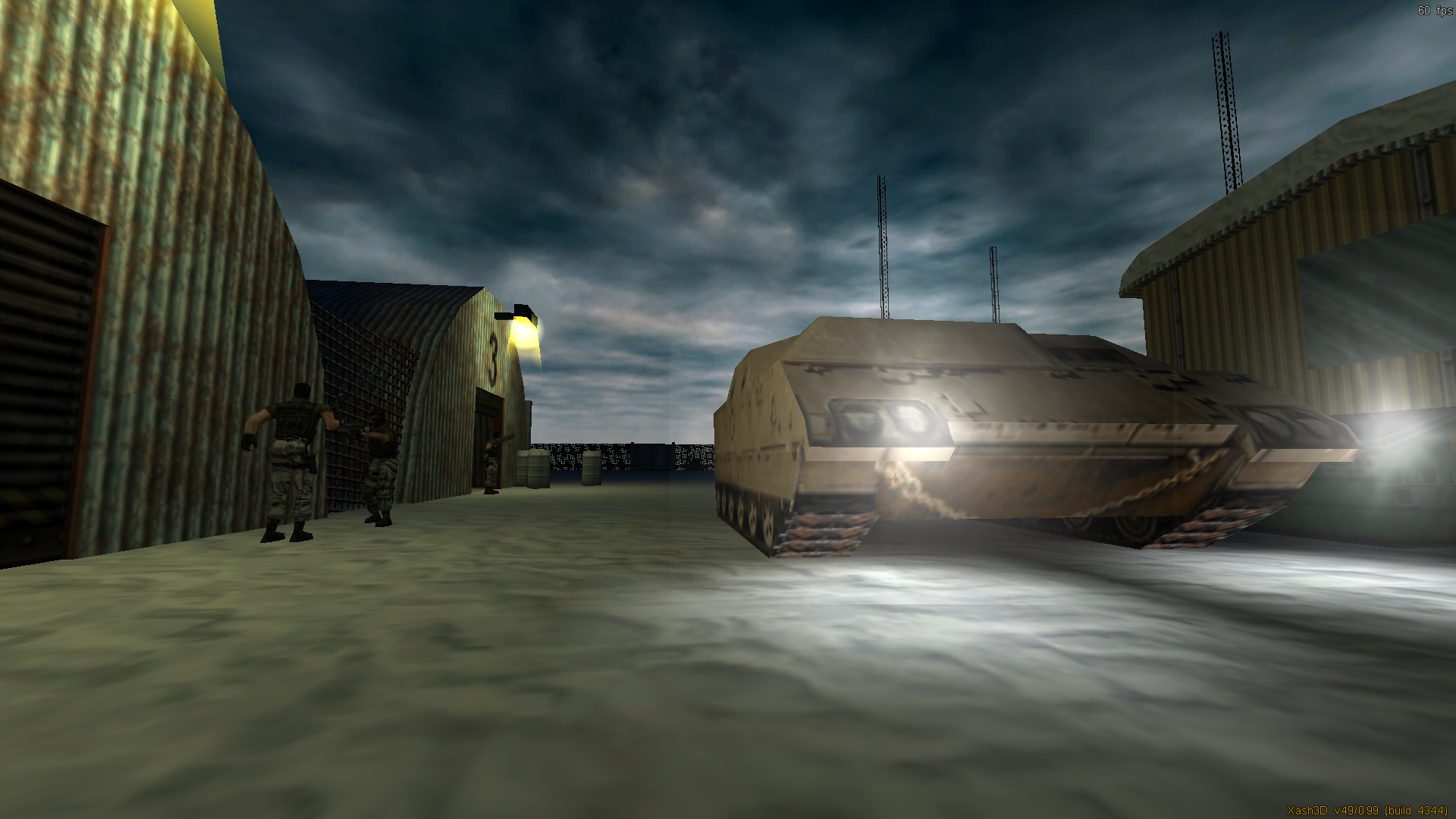 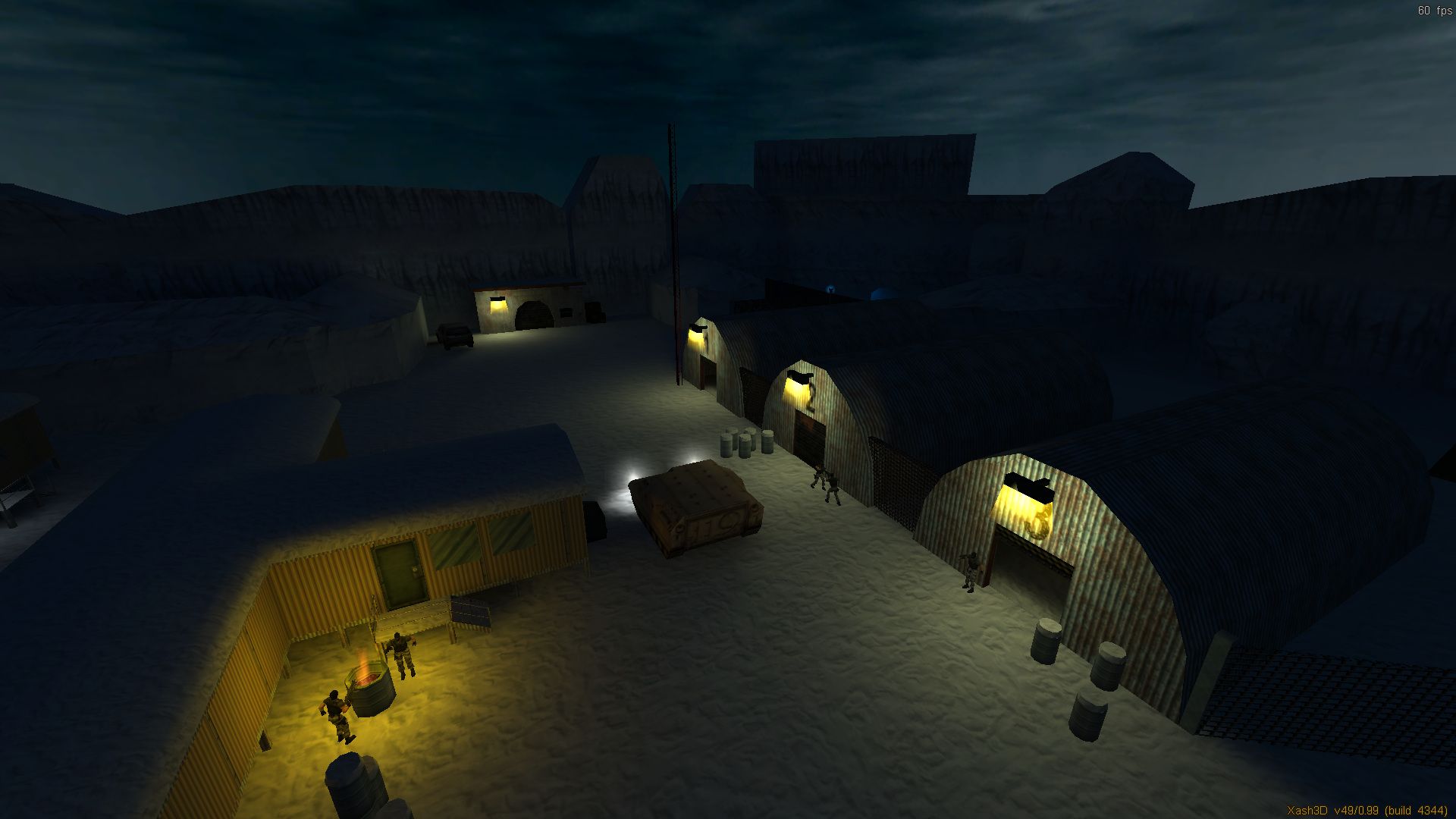 As you may have noticed, some of those screenshots look a bit like "demo_arctic" from Half-Life 2 Beta, that's because the map is actually a heavily modified version of demo_arctic, another thing you may have noticed, is that the terrorists aren't wearing clothing suitable for ice-cold arctic environments, that's because i still haven't prepared a working arctic version of the terrorist models.

That's it for maps, now let's move on to

No new weapons have yet been added, but the SMG has gotten a make-over, it now has a new (better) model, and new sounds. The Pistol has also gotten a sound upgrade, with the firing sound sounding much more powerful than the vanilla HL pistol.

Those sounds are basically modified versions of the gun sounds from a game called "Sniper: Path of Vengeance".

Basically everything that was posted in the first progress update, but i'm also planning to make a demo with a unique mission that won't be seen in the full release. Also, more of my voice-acting adventures, featured in this arctic teaser:

Nah, just a little shitty joke. I don't know when will the mod release, i don't even know when the demo will release, it probably won't release in the next couple of months. I want to deliver an enjoyable half-life experience, not a rushed piece of shit, so please. Be patient. The mod will come when it's done.

That's it for now. Thanks for reading, and i hope you will enjoy my mod when it eventually releases. You can check out the mod here: Moddb.com

Really nice graphics and sound is an awesome!

great job!!! i can't wait to play this masterpiece!

Yeah, nice job, your improvements to the one map look night and day!

I can't wait to play this mod when it comes out. I appreciate that you take your time with this mod instead of pushing it out as fast as possible. it's coming along very nicely since you take your time with it. great work on the level design. it looks like something out of a completely different game, but also keeps that classic Half-Life 1 feel intact. lovin what I see.

This is actually looking really good.
Keep it up my guy, I'm actually liking this idea.

I love this and I can not wait to play it! I love half life mods.

your profile picture reminded me when me and the boys used to play Warcraft 3 and dota 1. i dont know how many years has it been.

You have to adjust the attachment of new machinegun - muzzleflash & tracer's position is incorrect.

I'd love to work with you.