A grenadier is a soldier of high stature belonging to a company that formed the head of the regiment. The use of hand grenades made it necessary to create the grenadiers, whose object according to its name indicates, was to throw and to handle this kind of projectiles.

Posted by Mauromagno_Patriota on Apr 8th, 2017 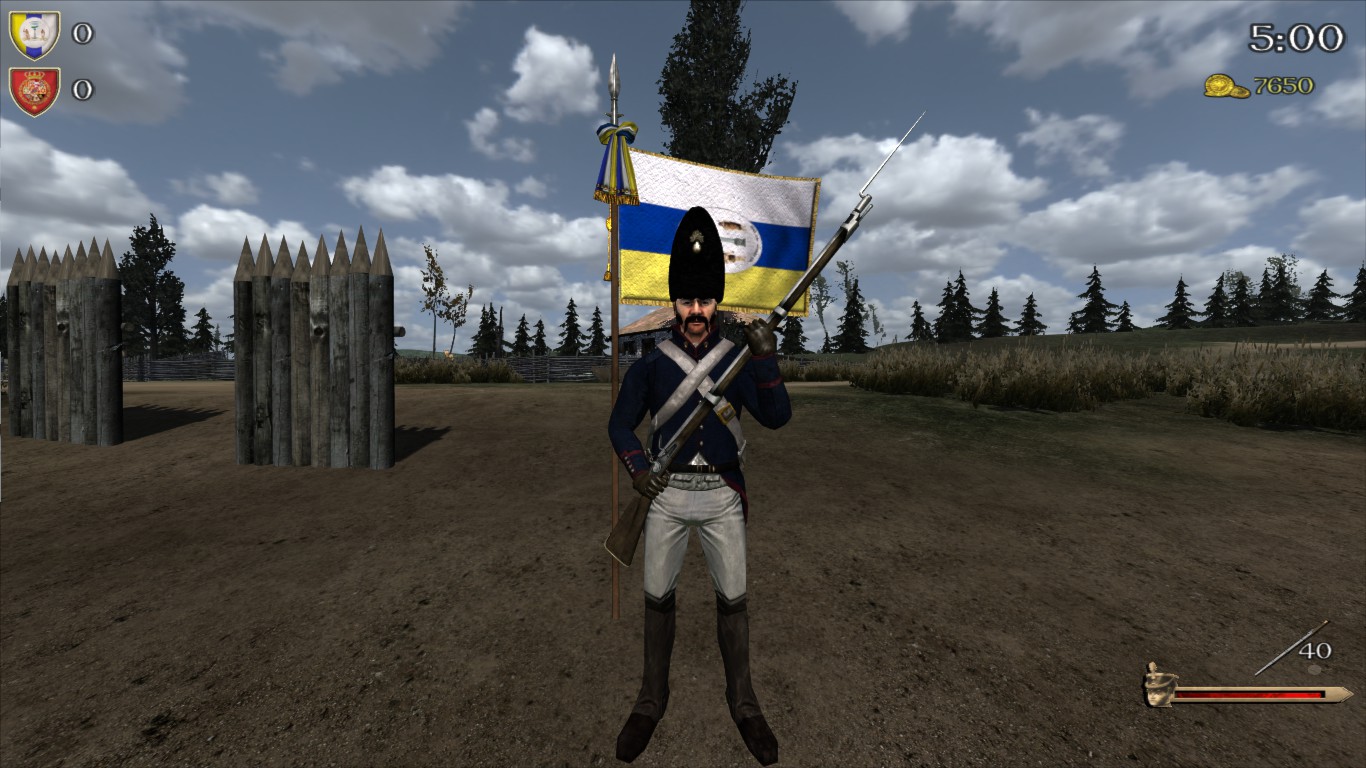 It seems certain that its origin comes from the French army, where at the beginning they had little reputation but in the time of Louis XIV the grenadiers acquired greater esteem. In 1667, in the words of the French, to remove the besieged from the road covered in the attacks of the fortresses, four strong and brave men, armed with an ax, a saber and a musket, were chosen by company, carrying a sack of twelve grenades. Called grenadier. In 1670, an independent company was formed; Then one was added to each regiment, and then one to each battalion, so that the musket began to be used with a bayonet, so that the companies of the grenadiers were first armed with that of the rest of the infantry.
The granaderos, who accepted all the nations of Europe, soon acquired great favor, although it is noteworthy that in 1690 the French themselves confessed that the role of the grenadiers was beginning to decline because of the use of fire by discharges to the detriment of their own Grenades 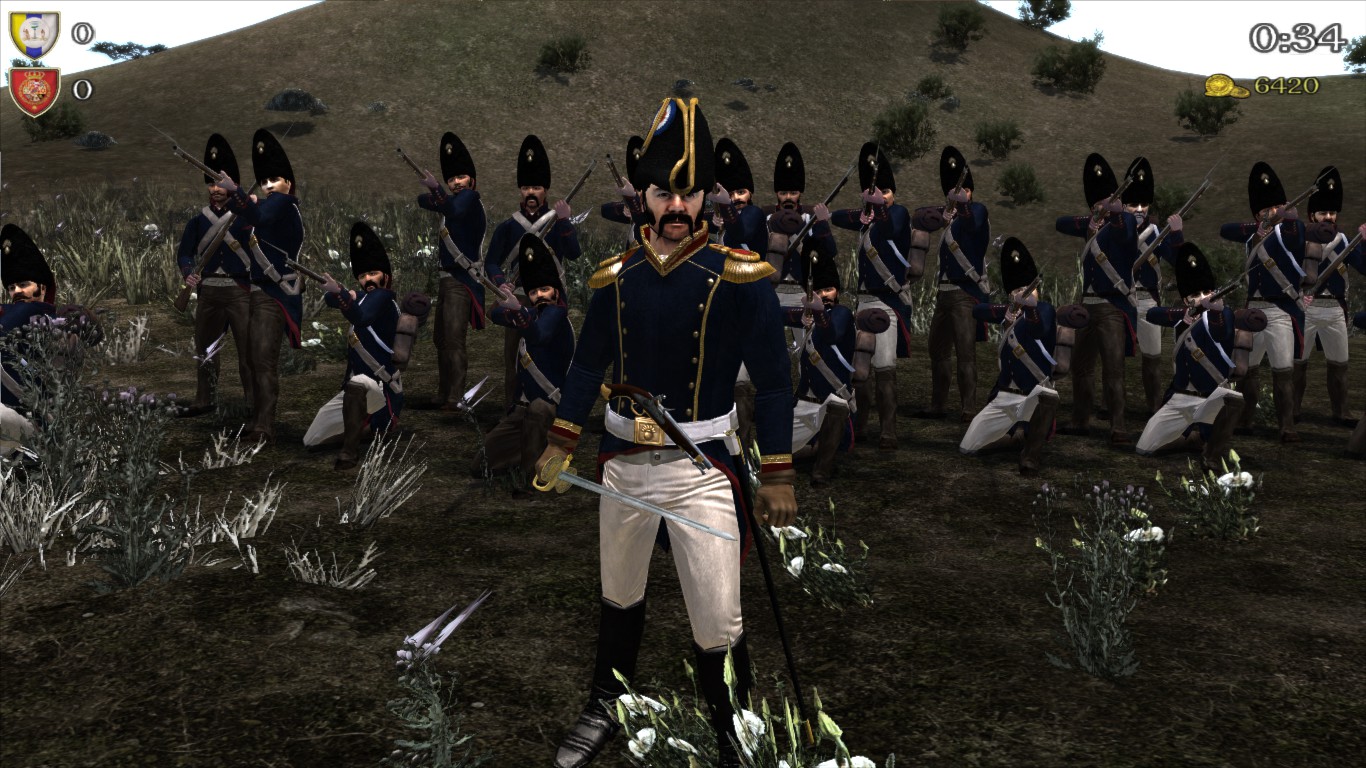 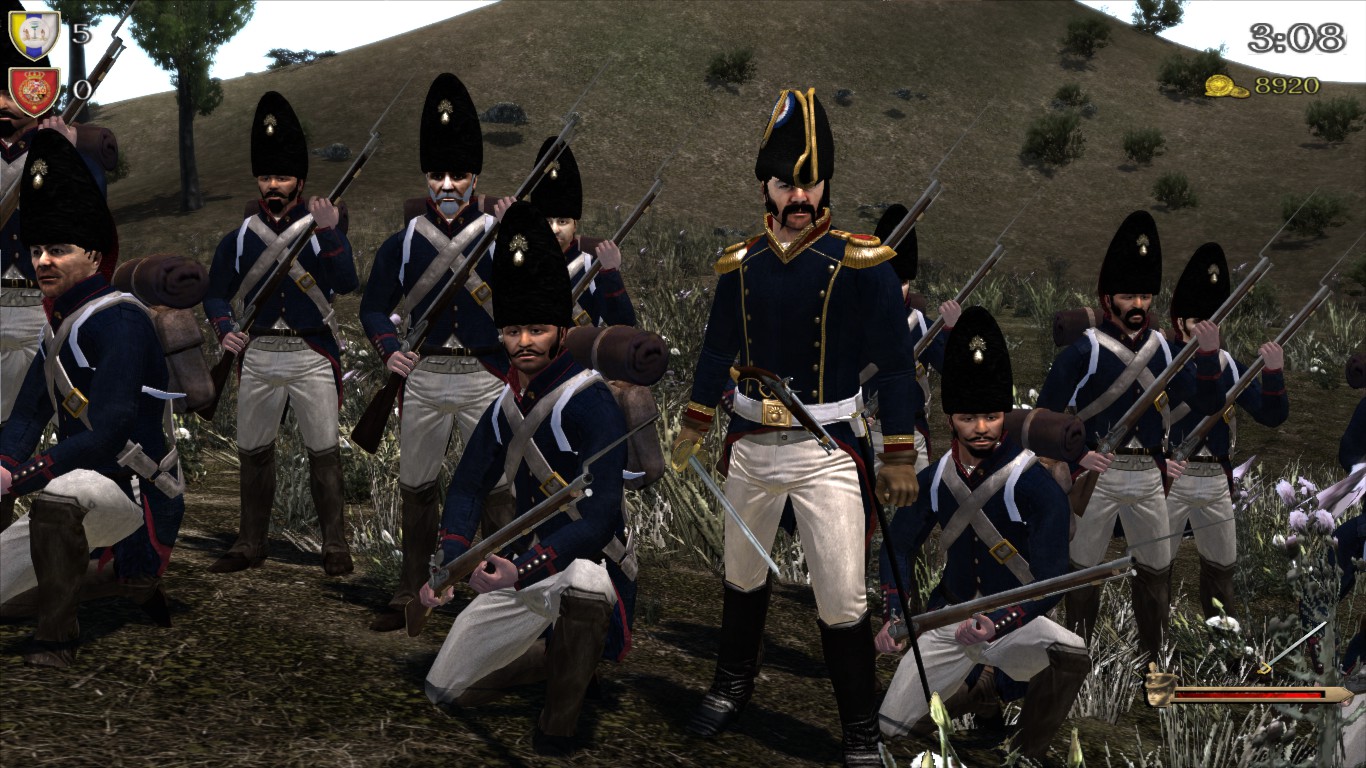 The decree dated December 2, 1810 created the battalion of Infantry with the title of Grenadiers of Chile and the force of 77 men (even corporal, sergeants and drums) for each company of which they must compose it. His first Commander was Lieutenant Colonel. Juan de Dios Vial Santelices and the 2nd Commander Sergeant Major Juan Jose Carrera and Verdugo.
Later it happened to be called Batallón de Granaderos de Chile n º 1 and participates in all the actions of the Patria Vieja, from the action of Yerbas Buenas, until the Disaster of Rancagua, after which it was dissolved with the Spanish reconquest.
With the reform of the Chilean army, the 1st Battalion of Infantry of Chile is created 1 of June of 1816. The 14 of October of 1826 is denominated Battalion Chacabuco, in commemoration of the battle of the same name of 1817. 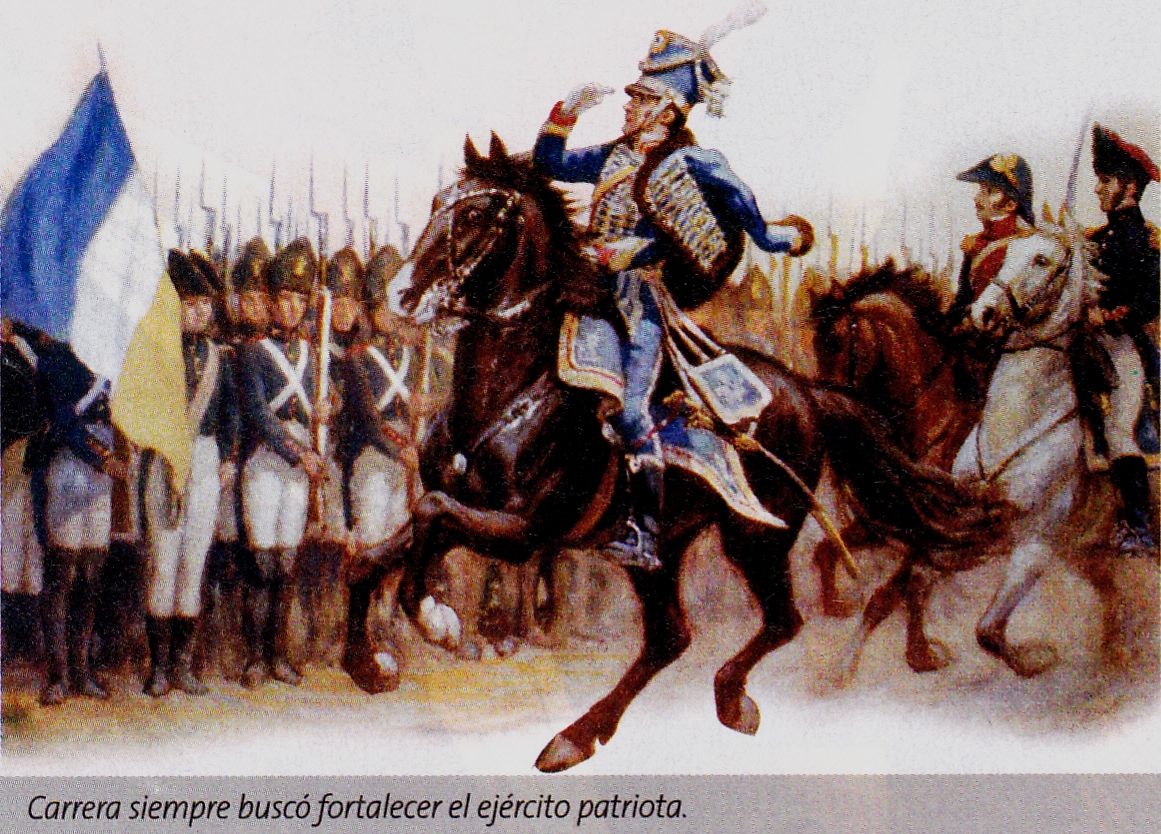 According to the study of colonial and independent uniforms of Chile by Nicanor Molinare, the uniform used by the Infantry Grenadier Regiment commanded by Lieutenant Colonel Jose Santiago Luco y Herrera "was equipped and uniformed in the European style, taking as a model the regiments Of Peninsular grenadiers, who wore French-style clothing. This was due, in large part, to the influence of Commander Luco because he had served in the Hussars of Pavia in Spain". 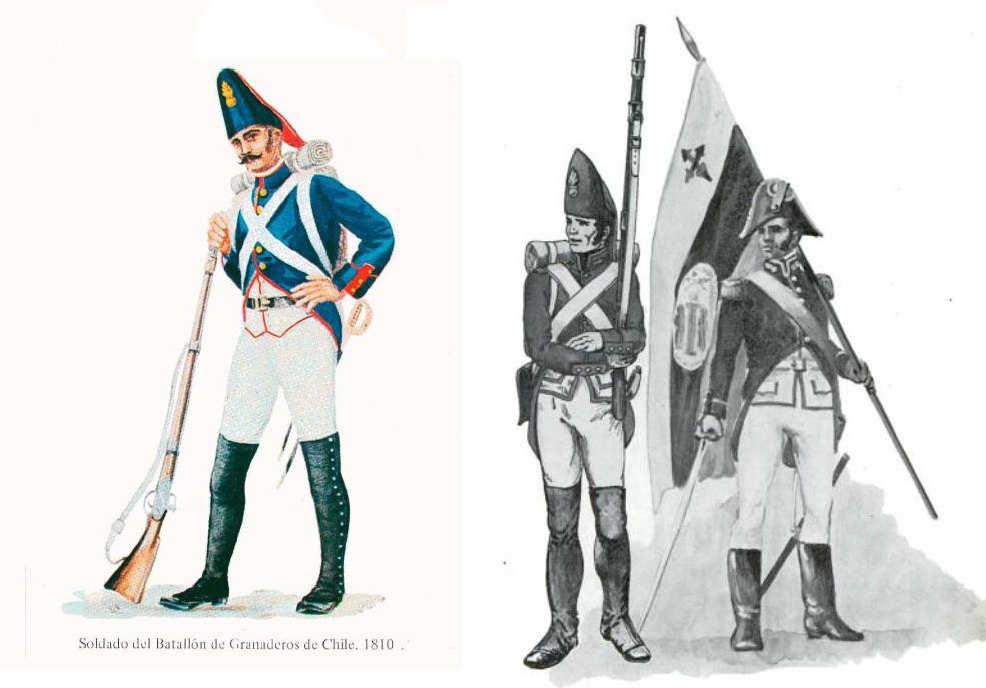 The Grenadier Regiment of Infantry wore a button-down jacket in the middle, with regular skirts of dark blue cloth, with lively seals on the collar, jacket, waistcoat and bocamangas; Yellow buttons, white waistcoat and trousers of the same color, leggings or booty up to the knee, from brin, strong shoes; In place of the morrión, the old high pyramid hat of the grenadiers, black blue finished in tip, with the traditional lap seal. In regard to the forniture, a double ply was used, with a strap that held the bayonet sheath and the other with the holster with 50 shots, in addition the briquet was used, which was next to the strap of the bayonet. 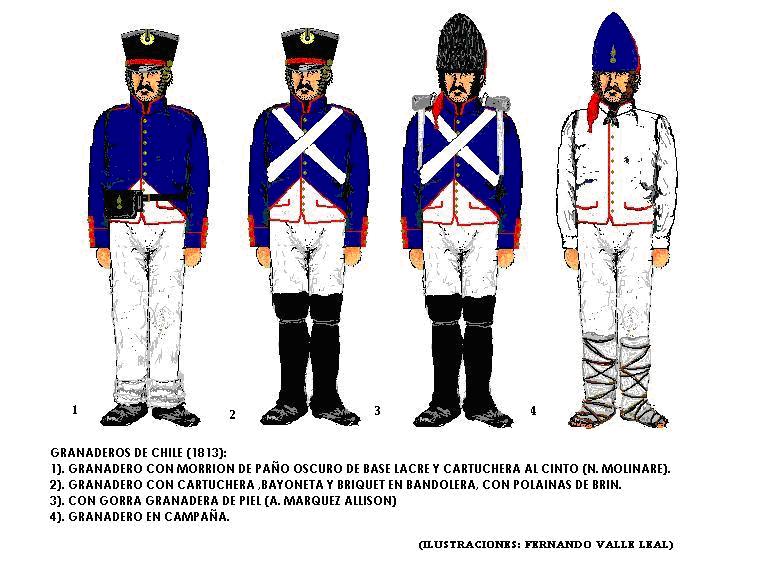 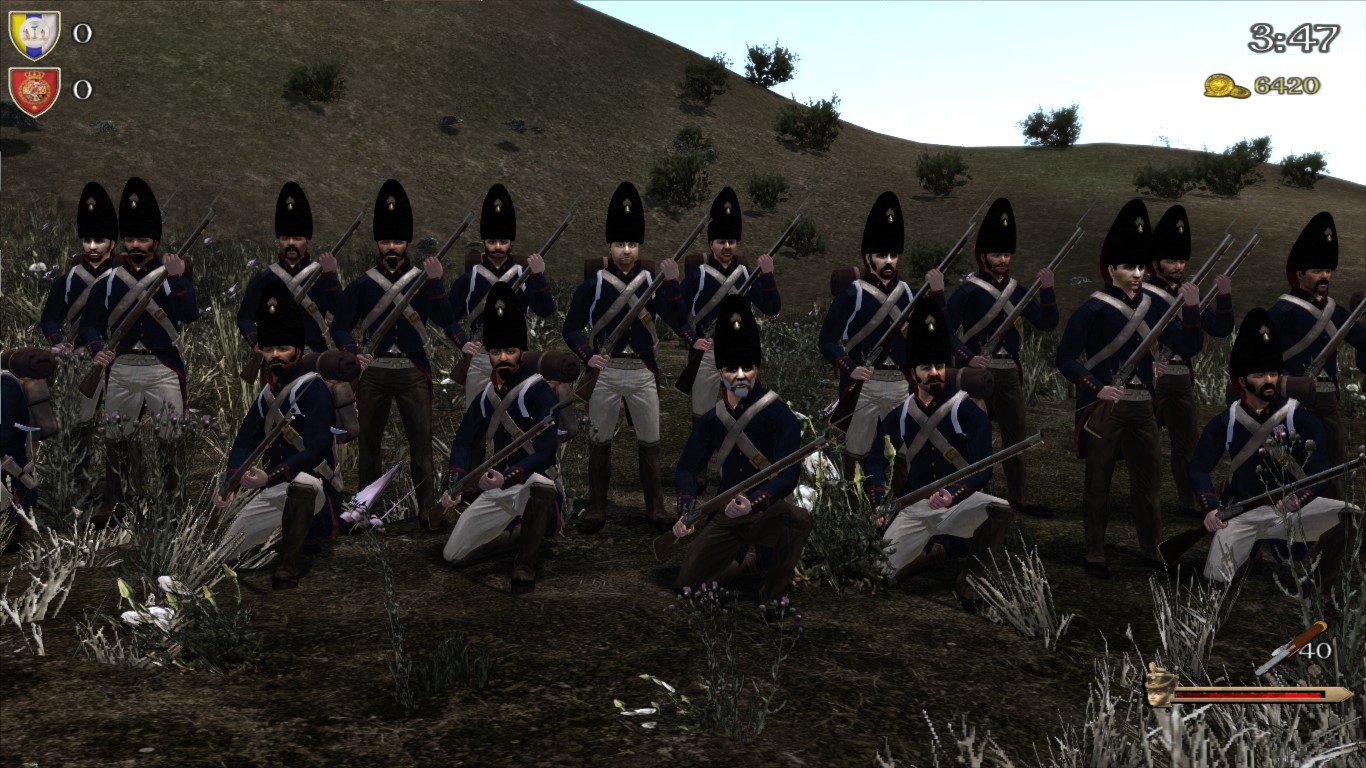 See the original on Facebook.com

Mod Independence of Chile for Mount and Blade Warband