Loyal fans and friends, It has been more than 7 years since the Alpha 1 build was released to the public. We have had millions of downloads since then, and we're humbled and honored each and every time a player tells us that we've delivered that nostalgic GoldenEye 64 feeling. Even as the original GE007 audience grows up and new gaming audiences emerge, GoldenEye: Source remains relevant to the gaming world. Since the main demographic for our game, those original GE007 players, are now in their mid 20's and early 30's - we have an older, but very unique market. Yet, we are still here. We are still working away, building a game worthy of the name ‘GoldenEye', but why? For many, this was our first game, our first multiplayer experience. GE007 was the first time you could sit down for hours with your friends and yell at the TV and each other and couldn't wait to do it all over again the next day. GoldenEye Source was our attempt at bringing that experience the PC, for both newcomers and 00 veterans alike. As long as we can continue to offer a sliver of that same feeling today, we'll keep working hard to deliver on our original goal. Thanks for your years of dedication and support, and now onto the main subject!

GoldenEye: Source v.4.2.3 is a ‘maintenance' patch, you could say. Community honed to deliver a great long term service version while we work alongside on our next large release (v4.3). Both have been in development this past year. With long term projects pushed to v4.3 and gameplay enhancing changes pathed to v4.2.3. We are here to announce the download and official change log for v4.2.3. 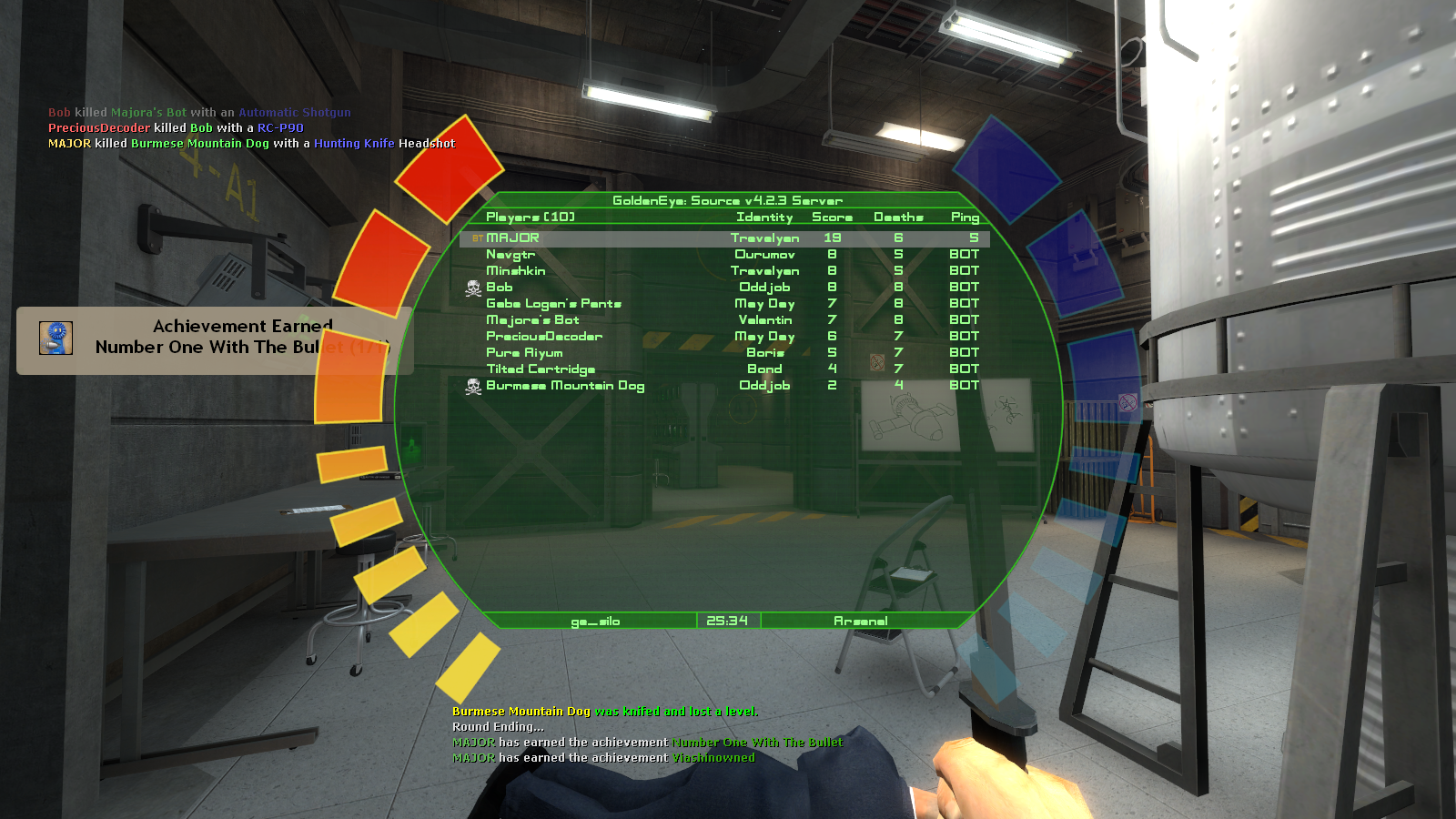 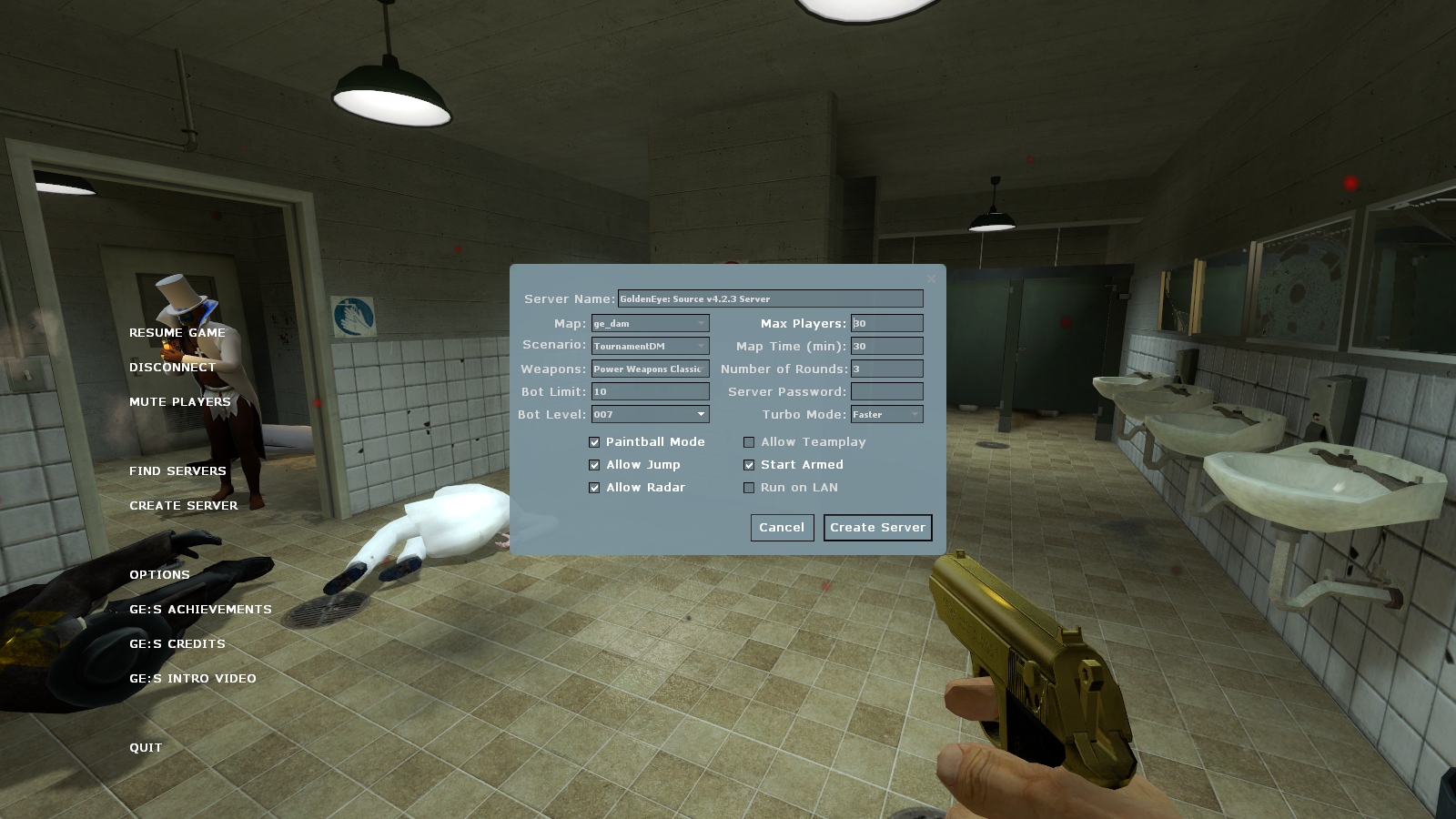 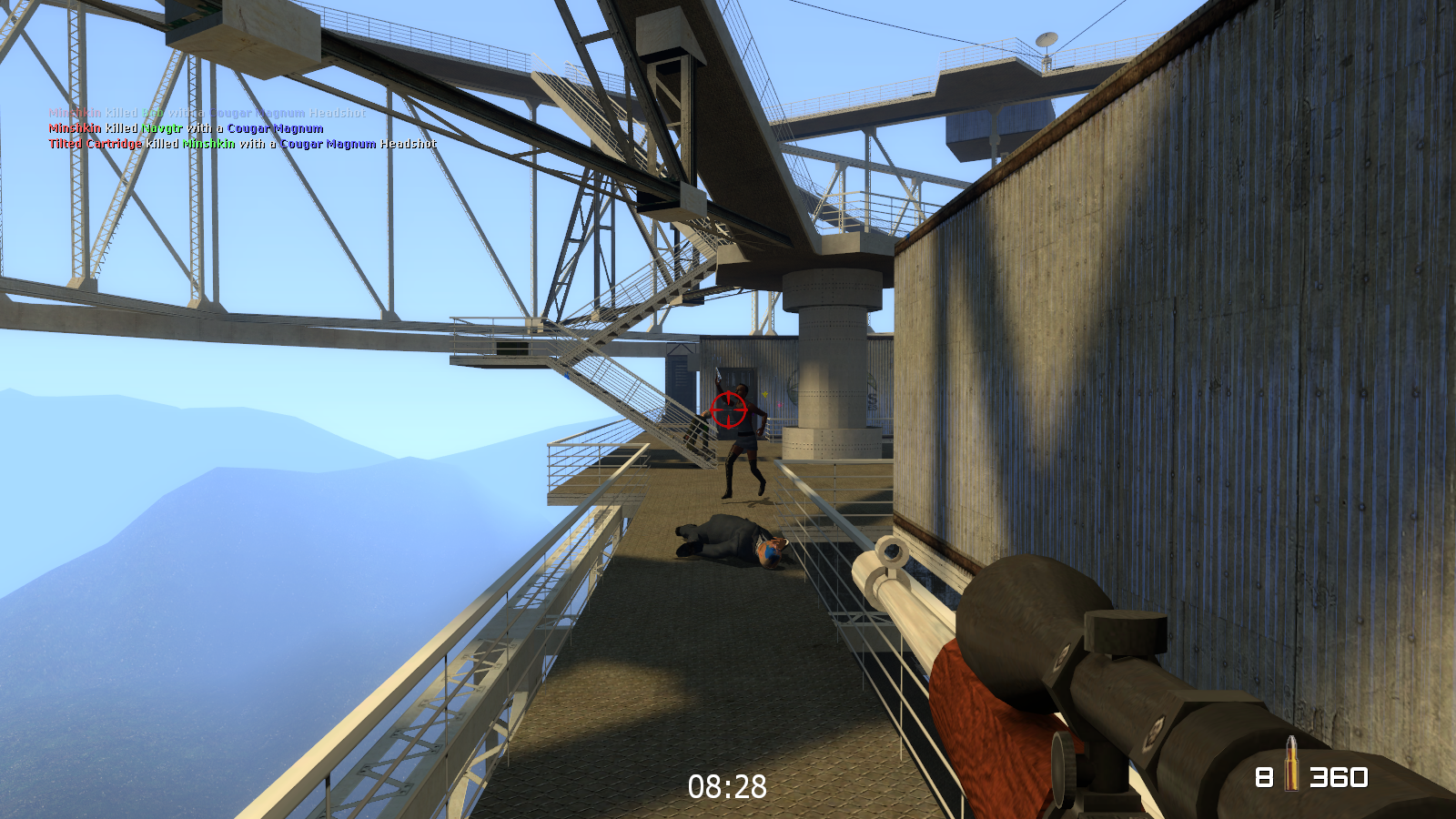 As always, you can follow us more closely at our community hubs! We love your comments, contributions, and excitement. Continue to give your opinions, and get involved with our discussion areas!

Woo can't wait to see some severs back up for this

Have you guys though about releasing it for Linux? I would want that very much. =)

That would probably mean porting to source 2013, which in itself is no small feat.

Which is exactly what we are doing ;)

Actually, it shouldn't too difficult for them to do. They'll probably have it done pretty quickly too.

Dang, I am so happy this is still being updated. Every single person who works on this mod is so dedicated and professional. Keep up the good work!

Oddjob hat or oddjob hat? Do you guys still plan on remaking the single player?

honestly doing the singleplayer i feel would be flying to close to the sun. (copyright detector.) though it would be awesome

Is there a big online community for this game?

ive been playing the absolute hejeba's outta this (Mudcrab) thanks for the update!