Welcome back for another community update. Today we are announcing and releasing our next Community Map Pack. Two are faithful recreations of classic GE007 maps, and one is a welcome departure from the GoldenEye genre. Each map's description is written by the map developer. Call it their final words; their reasoning for developing the map and crediting the people who helped them along.

Each of these maps were made by a GoldenEye: Source Team member, but were designed to be released separate from an official update. Although these maps are being promoted in a map pack, only Archives Classic will be included in future releases of GoldenEye: Source. These are fantastic quality maps, and we hope everyone will enjoy them as much as we had testing them. Nevertheless, let's dive into the details of each map.

"The map orientates itself towards the N64 classic layout as close as possible in order to capture the original feeling. In addition the map features some new high-res-textures and bot support for multiplayer experience. It took 6 months until the map was done: January - April 2014 and continued in December - January. While game artist Kraid modeled the exploding brake units, our new music artist Mesmonium created a new remix for Train. The map features the alpha version of the track. At last Graslu made the loading screens. Thank you all very much." -Cy 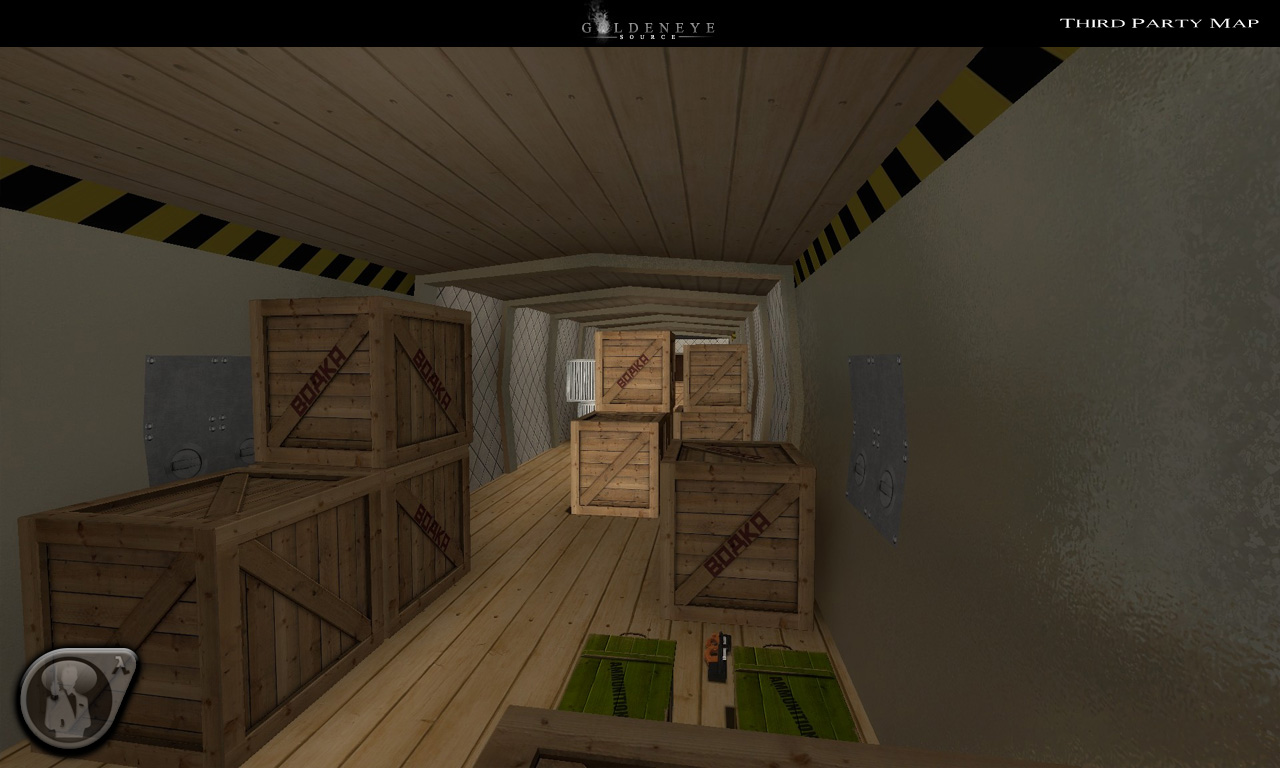 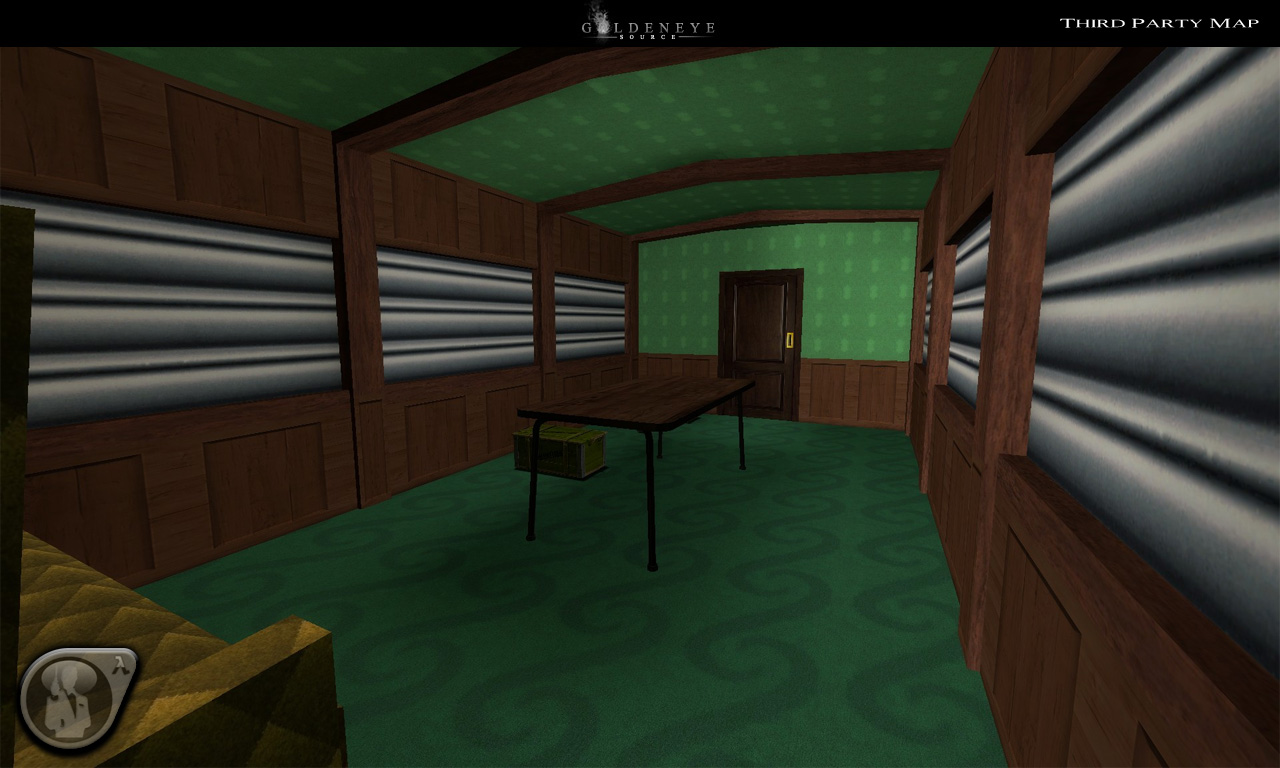 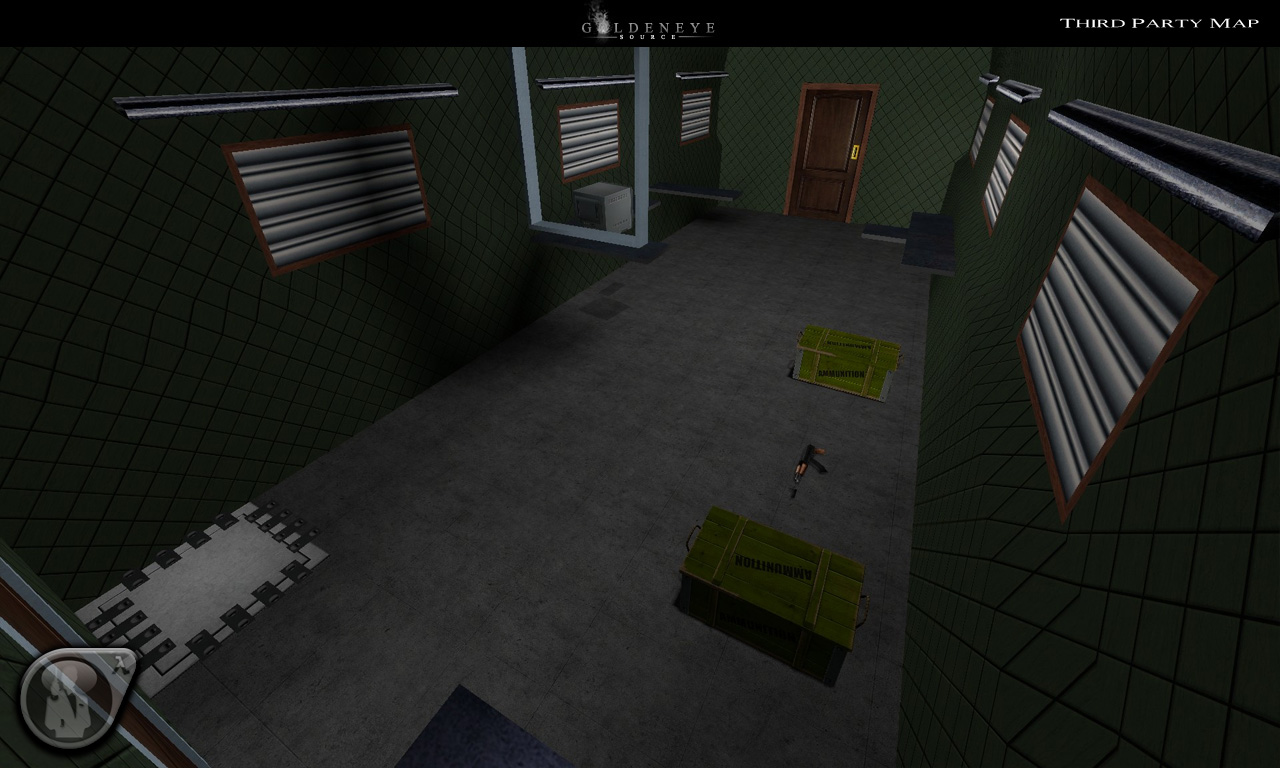 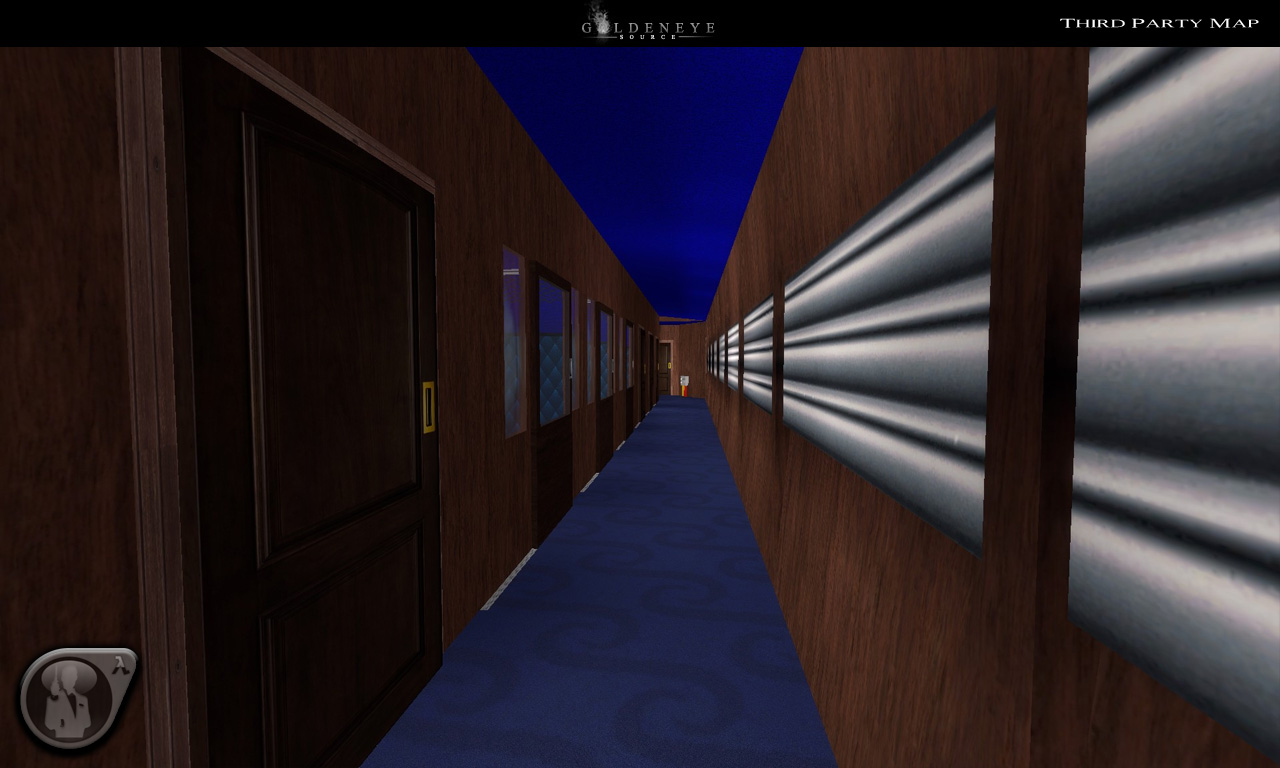 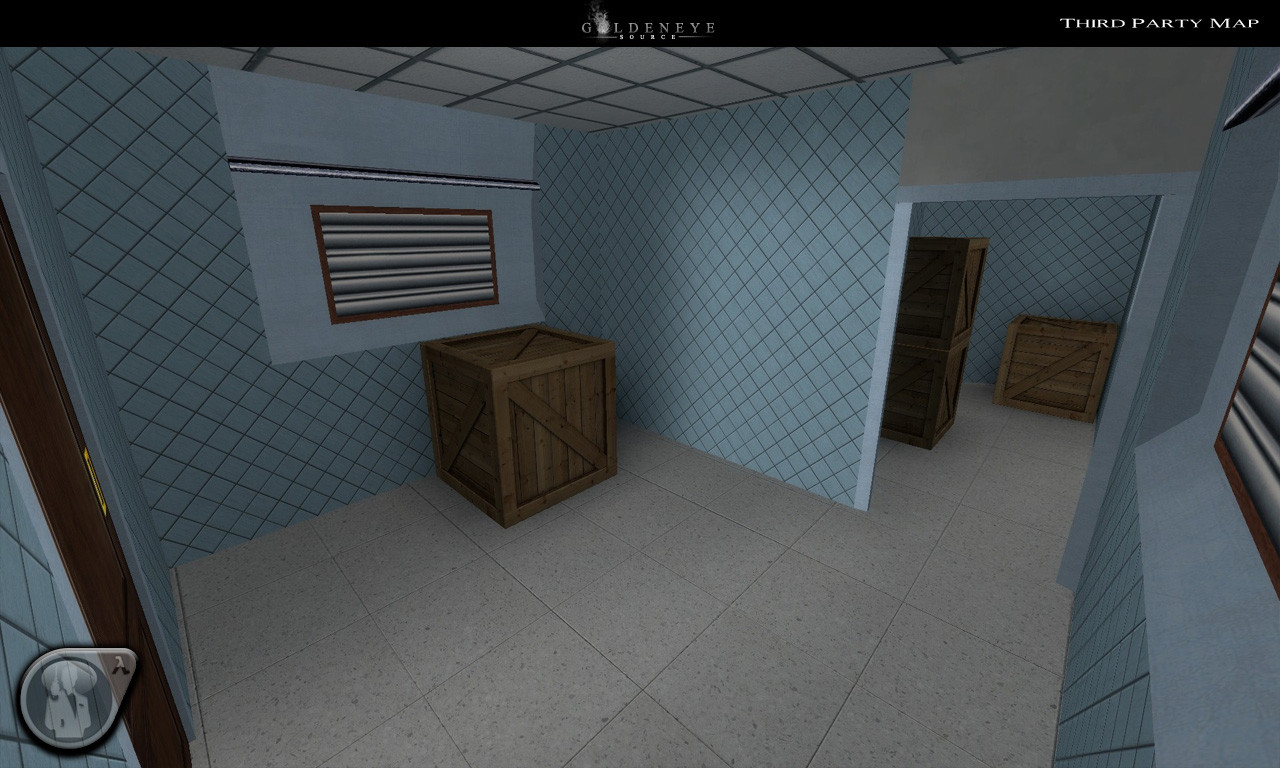 "A tear in the spacetime continuum has merged our reality with that of the Mushroom Kingdom. In a world where General Ourumov reigns supreme, he plays a twisted game of cat and mouse as he reminds players that they can not, in fact, win.

Blockfort was approximately a 3 to 4 week project, that began with a passing comment by JcFerggy along the lines of "I heard there was a blockfort Mario Kart map, I kind of want to see it" What started as somewhat of a joke attempt to create the original blockfort in a matter of hours, turned into making it a decently balanced, albeit silly multiplayer map. The original layout has been slightly modified to have interior sections that help to spruce up game flow. All team game modes are fully supported, and bot support is included.

The map became very much a community effort, and I thank everyone for their involvement. Kraid's tree sprites, Graslu's music, JcFerggy's texture help and loading screens, and Adrian's skybox all came together to help make the map what it is. And of course Luchador's assistance with hosting the map for us to test it. Their portraits can be found hanging in the map... if you know where to look. Along with a few other easter eggs strewn about." -Torn 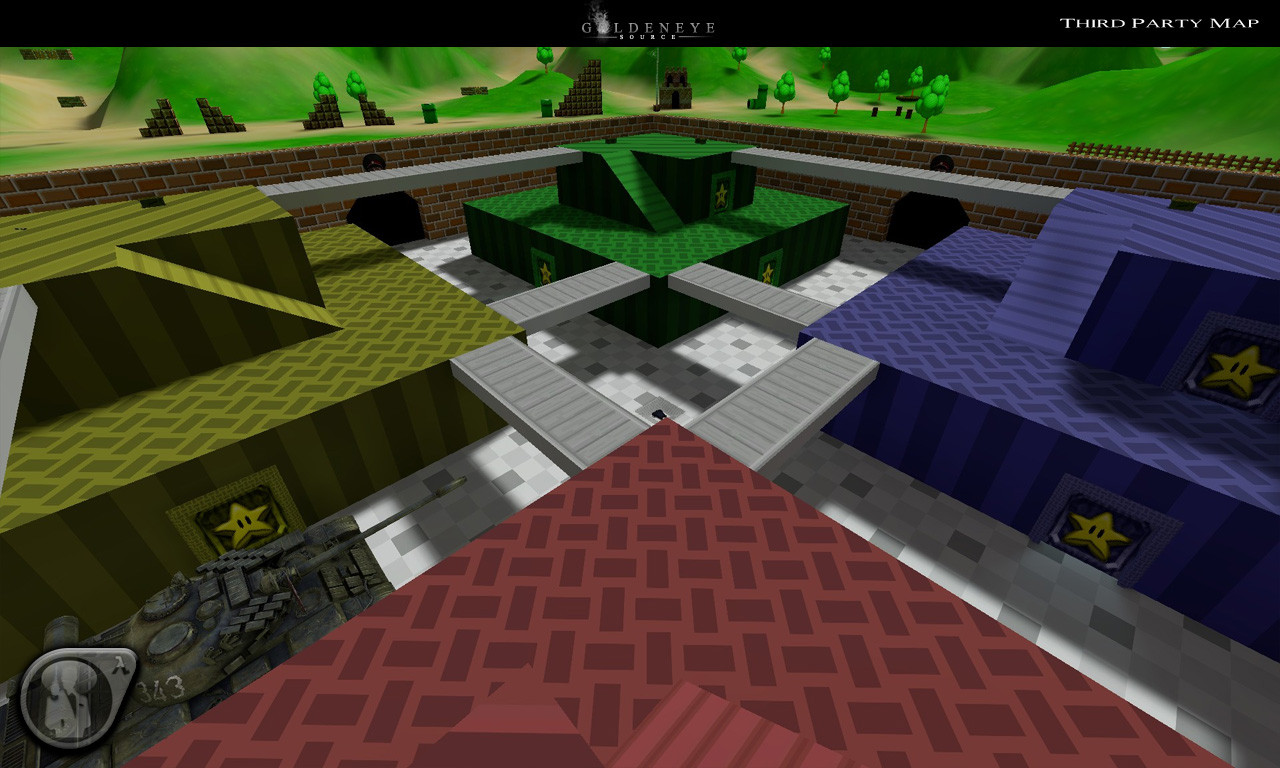 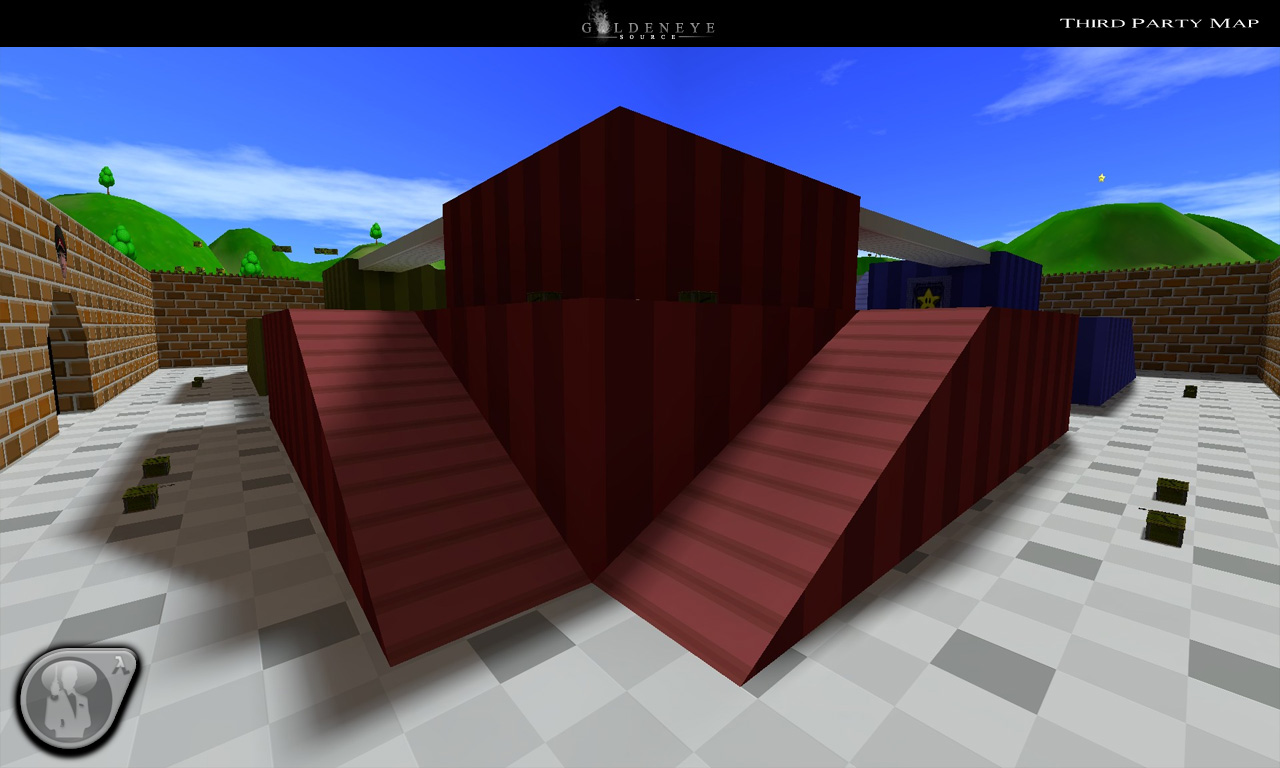 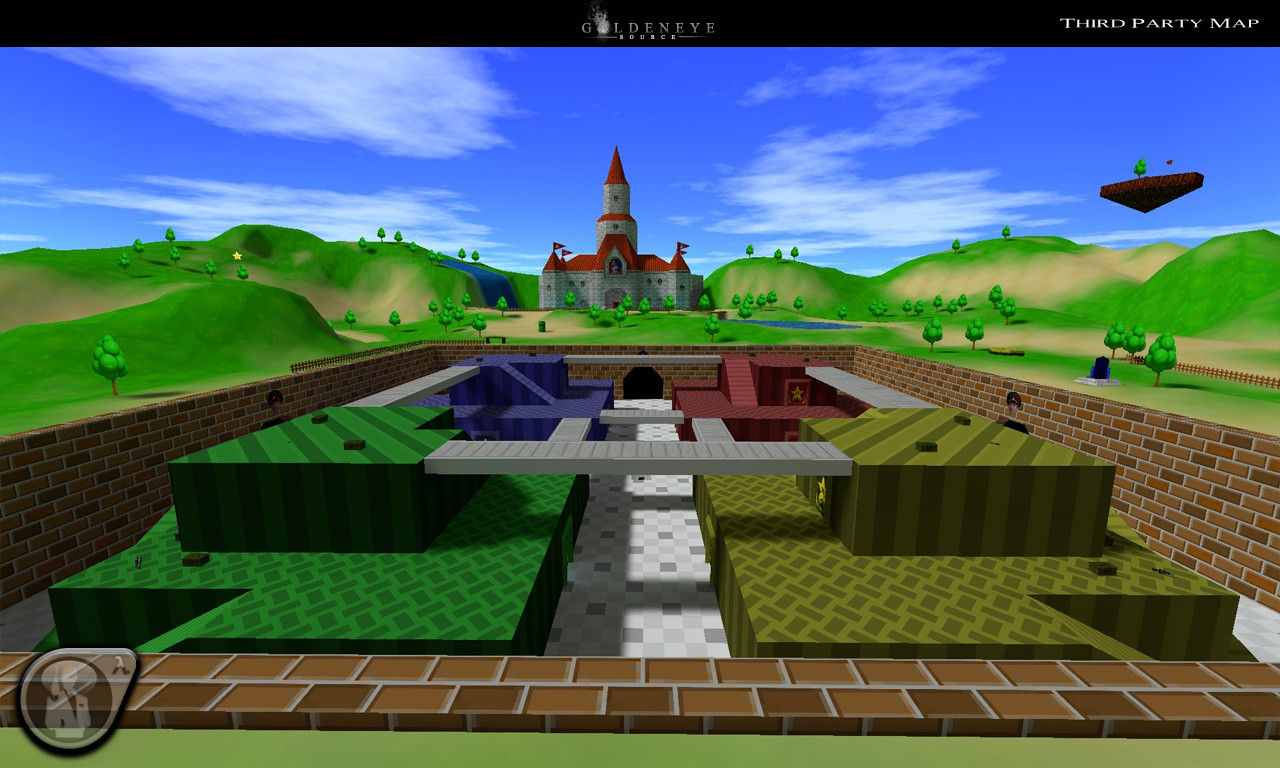 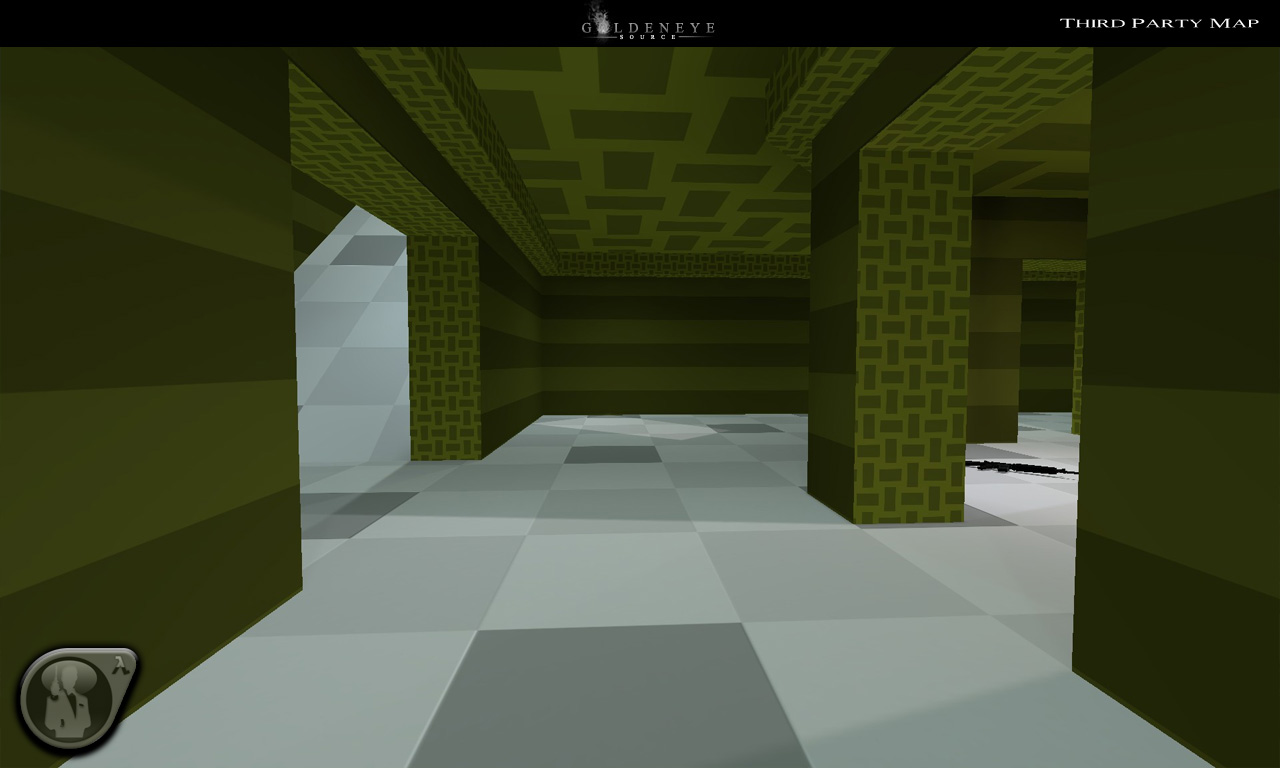 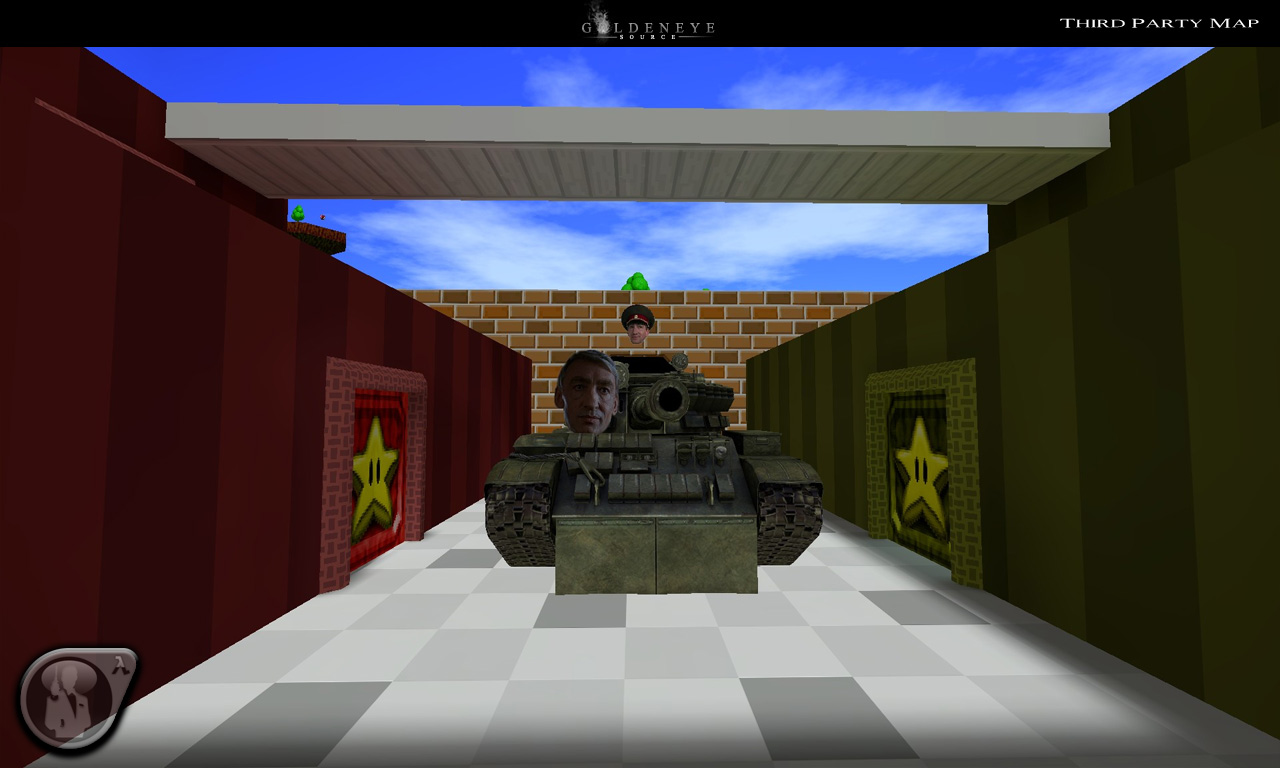 "Archives Classic is a faithful recreation of its N64 counterpart, from its scale and lighting to its high-res texture work.

The tight scale gives the map a niche for close-quarters combat. The classic aesthetics and setting bring memories of chasing after and rescuing Natalya while avoiding the hail of bullets from Russian soldiers. There was only one deviation from the original I had to make. The original multiplayer map was just the frontzone (the starting room, pillar room, tight hallways and the offices). This area was hardly suitable in multiplayer for even three or four players. The doors leading to the main room, and the rest of the backzone, were locked. In this, I unlocked them for more gameplay opportunity and playable space.

The map started as my trial project at the end of August, and was my gateway to joining the dev team. After four months of work, the map reached its final stage in the middle of December. This was one of the most important stepping stones for me. It was not only my first official project for the mod, but it was a chance for me to further develop my skills and get to know my tools more intimately. This was also where I made my first model, the cardboard crates which are strewn about. I worked closely with Mangley and Luchador while developing this. I cannot thank them and the beta testing team enough for their support and input. This map was an absolute pleasure to work on and I look forward to producing more content in the future!" -Adrian

*Note: This is an official GoldenEye: Source map and will be included in future releases. The version in this Map Pack may not represent the official release build. 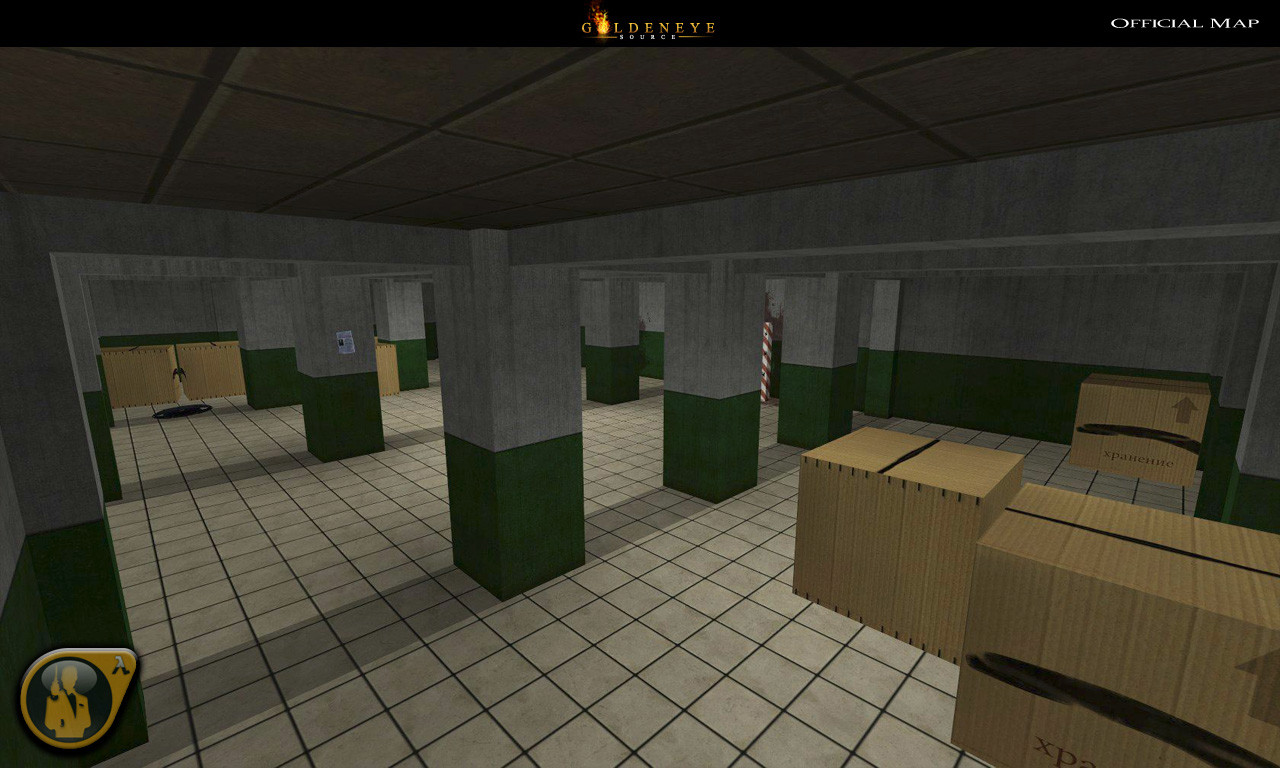 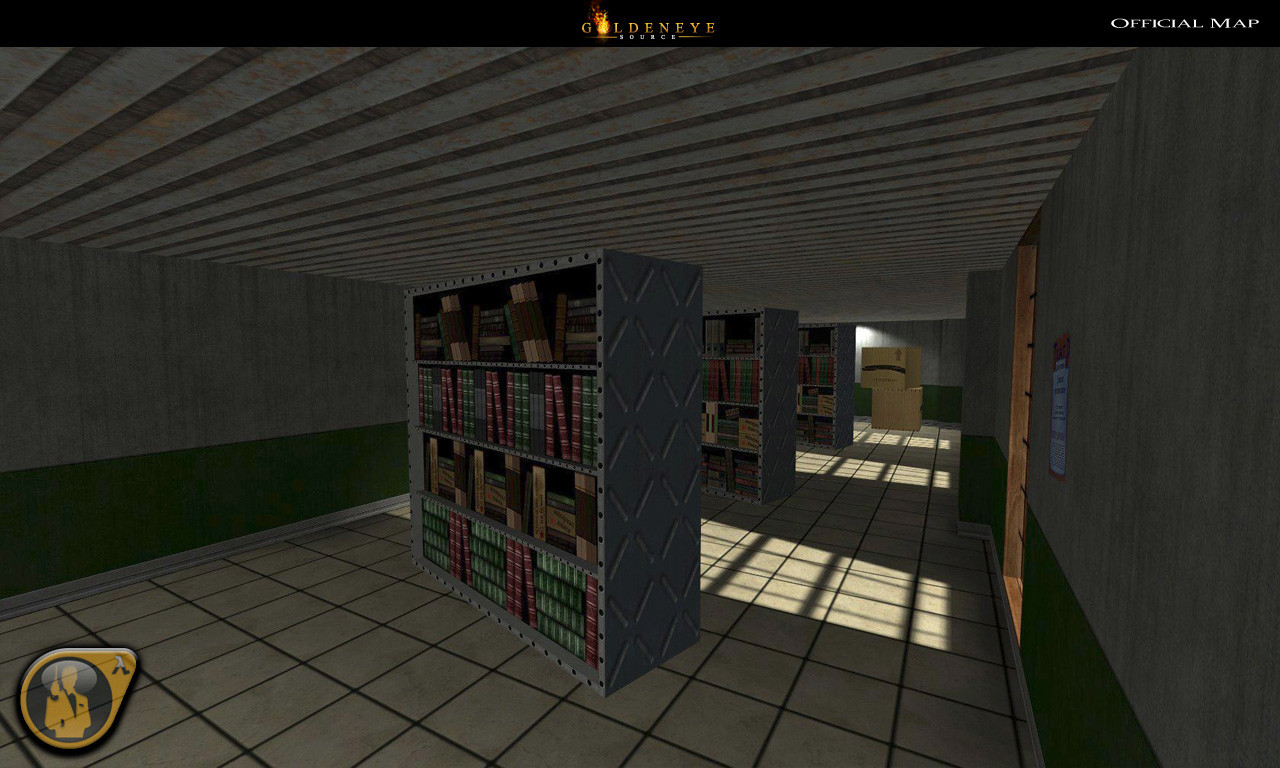 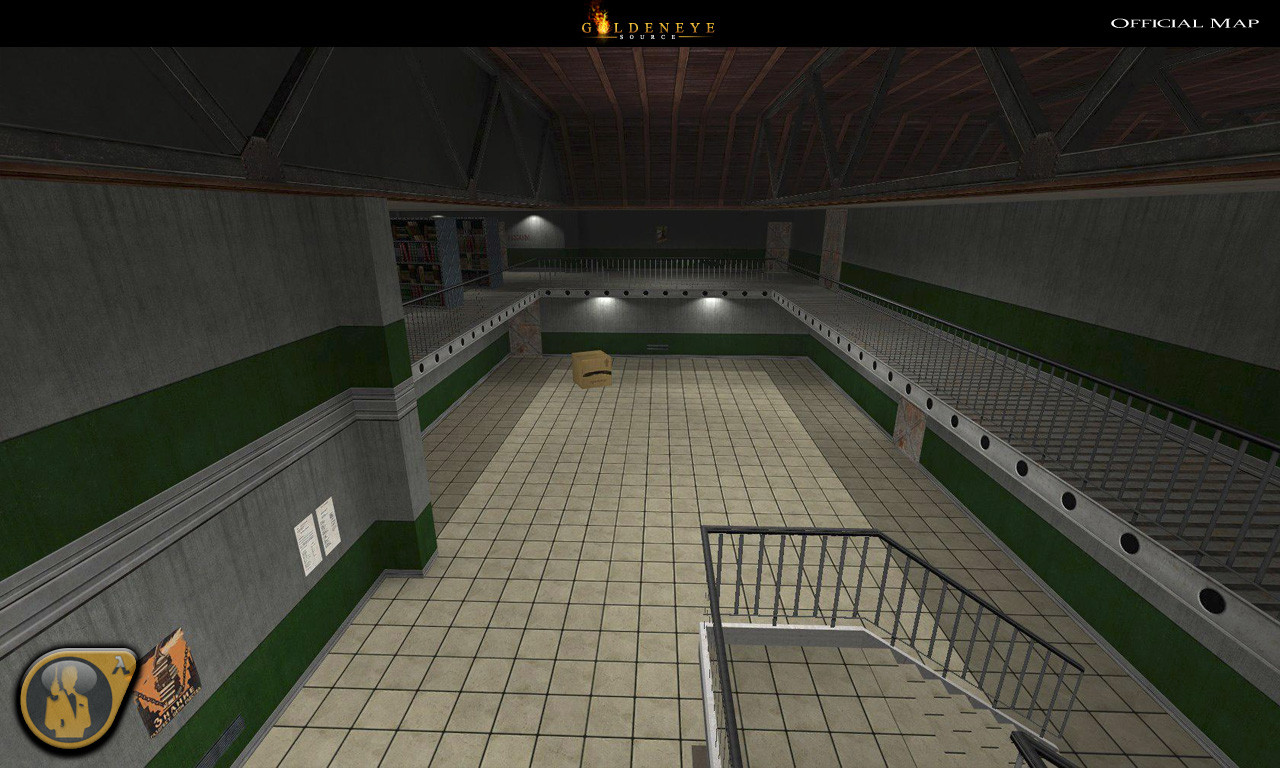 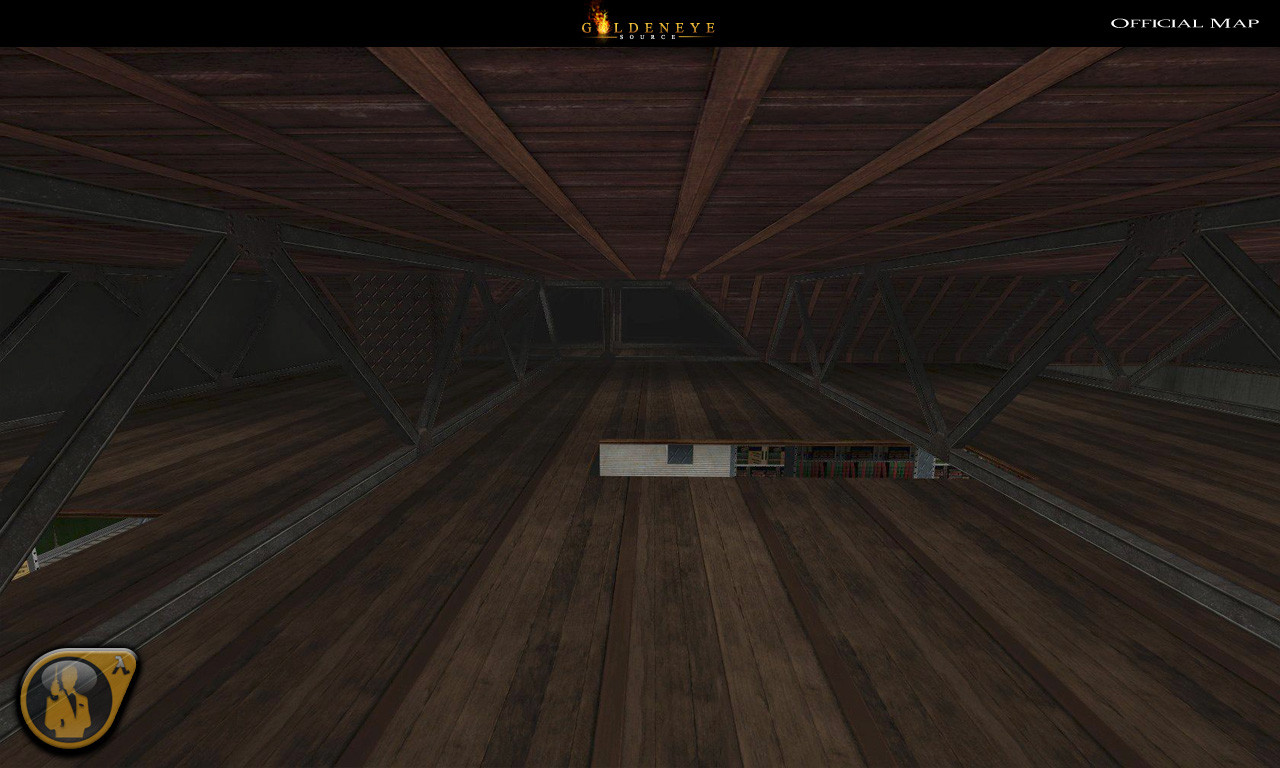 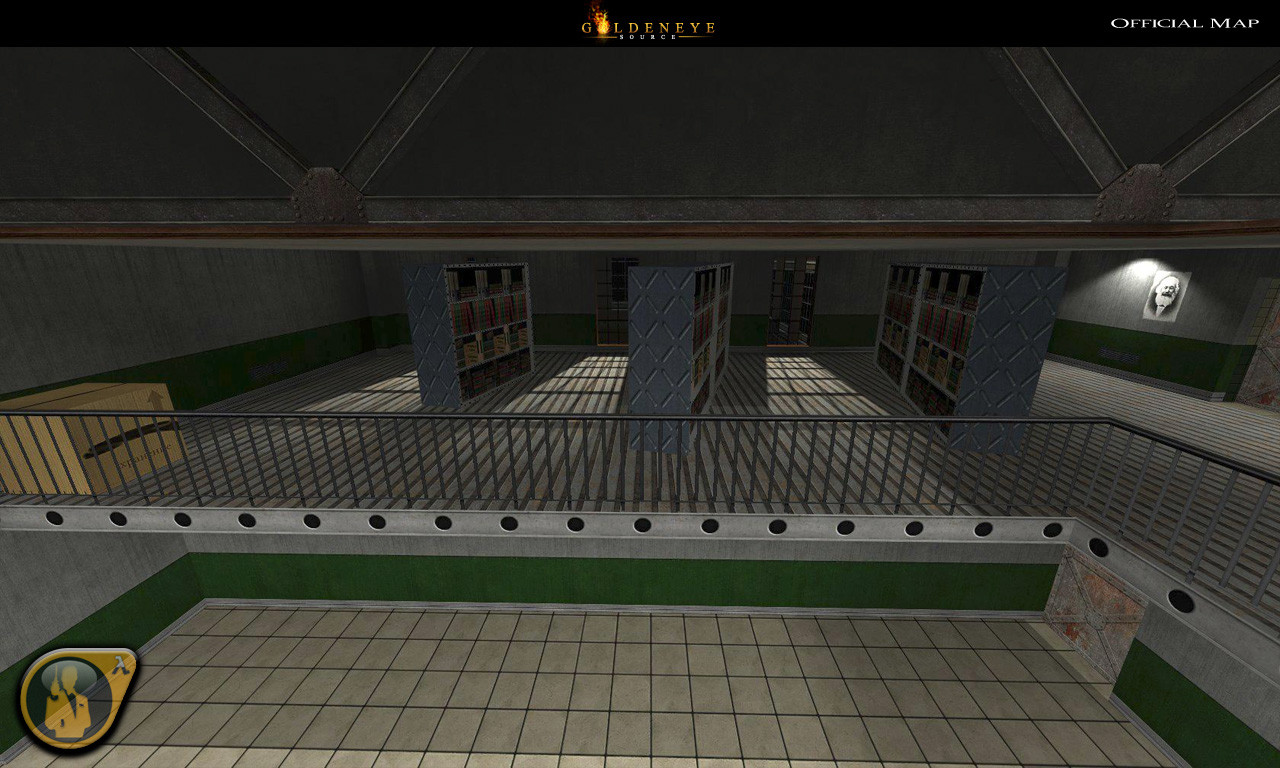 We'd like to thank the community for all the years of support and hard work you've given. For all the content and events the community creates between our releases makes this one of the longest and best communities around. Rest assured the wheels behind the scenes are still moving and that the future holds some awesome content for the dedicated player base. We're very lucky to have you.

As always, you can follow us more closely at our community hubs! We love your contributions, and excitement. Continue to

give your opinions, and get involved with our discussion areas!

With dedication comes reward, in a game that is always evolving and releasing. Made by the fans for the fans. As always, we are taking applications for our open positions. Mature and dedicated folk head Here to Apply

Not one I play, but one of my favorite mods. Almost time to redownload. Anyone know if they are still working on updates?

They do. Check out their facebook page and look at the pictures:
Facebook.com

This is great, have you released any other map packs in the past?

terrific pack, well done all those who worked on them!

Wonder if they will keep updating it?