We are proud to have been voted into the top 100! Thanks for all your support, and here's a token of appreciation with a January update!

Thanks goes out to everyone who helped us storm into the top 100! Now its time to go one step further and cast your top 100 vote for us!

Help us best our friendly competition, and once again win a MOTY award! To do this click the button below and find us in the "released" category under Half Life 2 mods.

Instead of just asking for your vote without showing just how much we appreciate your support, we want to give you this new years treat! 2009, our year of successful releases and media love is a fantastic step to proving our place at the top, but we are eager to cement our new year goals. With more promise of rich media, a release in the works, and the continued growth of solid development that makes Goldeneye: Source a big prospect for the new decade, not just a staple of the last, in the HL2 modding scene.

Help show support for the mod!

This model and texture has been crafted from one of our three key Project Manager's, and lead character artist, Spider. As you can see by these following mass of in-game screens (showcasing the character in beta 4 maps), Jonathan has made not only a brilliant and engaging look to the "better" side of Alec Trevelyan, but also continued his design strategy for a satisfying likeness to the actor without being a blatant infringement on his/her person. Rigged by Killermonkey, this Mi6 character begins our BETA 4 trend of pulling back the balance from the Janus' firm grip.

We promised the in-game goods, and we deliver.. For England, James? 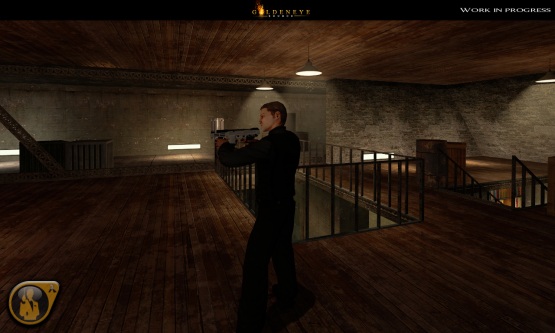 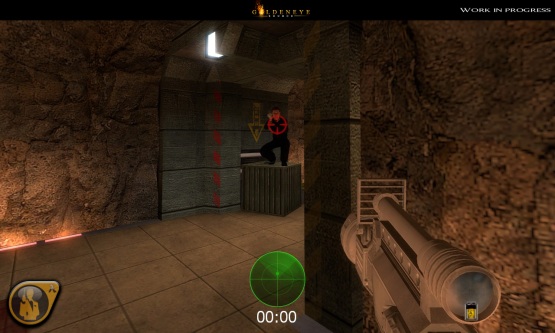 Mapped by our talented and long time modder, InvertedShadow, this map as you may know is already on the release list. Since its beta 3 installment, some have noted from both developers and the playing community, that the map would gravitate to certain areas and bottlenecks with not a deal of cover. Beta 4 Archives will change all that and give the map a general facelift and streamline at the same time.

Inverted, the master perfectionist, got to work immediately with a passion to design a series of minor and smart layout changes, such as removing the ability to snipe the attic. This has the bonus of increased performance. Also, all of the areas now receive good traffic and purpose, whether to get guns and ammo, or just to marvel at the lighting and detail improvements. Check it out! 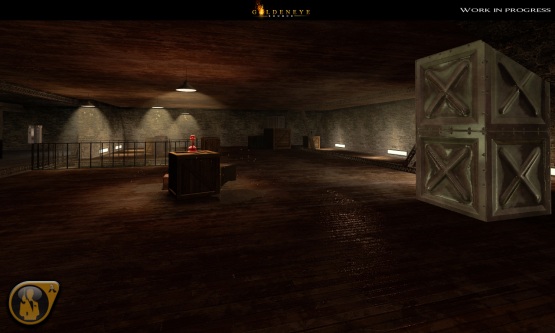 Mapped by Sporkfire, this level has been steadily laid out since before beta 3 came to be. In the original game, Silo was incredibly linear, making this one of the tougher maps to integrate into a MP experience. A lot of layout changes were made, and tested. By October Spork nailed down something from our developer feedback that has come through with flying and ever so vibrant colors, to what is at heart a bleak locale. Now he has received a deal of 2D love from our texture artists, and his map has come alive.

We are so confident the nostalgia, and the revisionist in all of you will be satisfied at this creation. Here is a showing of the well known areas, and the new areas that focus to break up the linear structure. And who could say no to amazing looking rockets? 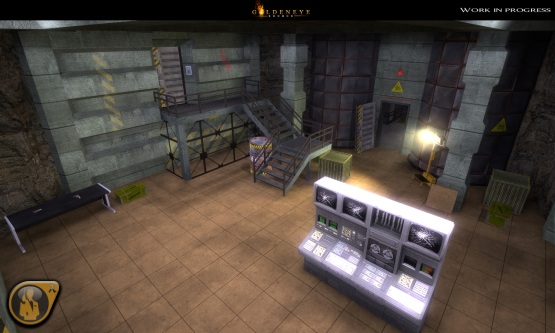 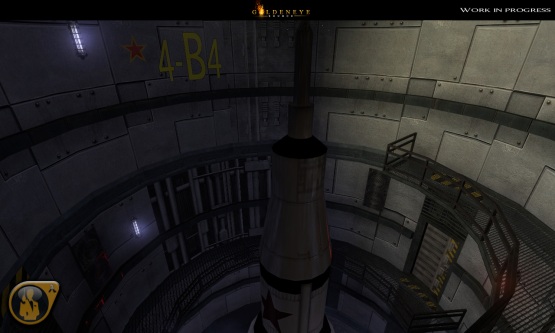 Several of the weapons are undergoing some texture reworking. Ones to note are the Laser, DD44, and Grenade Launcher. This week we have some hot improvements already. Josh [SLX], has been hard at work giving these weapons the whole range of upkeep, introducing phong and spec maps that allow the details and reflective properties to pop in each map's diverse lighting range.

Next update will be screens of a revamped Facility Backzone, a write up on some code elements and game-modes, plus a new addition to Sharpshootah's runway. Also, finally we are fixing up some small issues with some effects that should allow us to make some great footage during this month. We are really pushing our goal of some teaser video soon, so stay tuned!

Happy new year to all on moddb! Do us proud by visiting our profile daily and don't forget to tell your slack friends to vote for us in the top 100 race!

Remember, our forums and website are always welcome places to hang out, support us and find more!
Goldeneyesource.net

Love the guns! The maps are looking a little bare in the first shot.

That's a whole lot of awesome media made of win.

Oh chit, I thought this mod was dead. The new animations look very nice! The "DD-44's" hammer should be cocked as it's a single action pistol.

Keep up the good work !

can not wait for the update!