As we gear up for our Steam Early Access release and get super excited about it, we wanted to describe the features and bonuses.

We are receiving a lot of messages asking mostly the same questions so we thought we'd post about how the release will occur and what will be part of it. 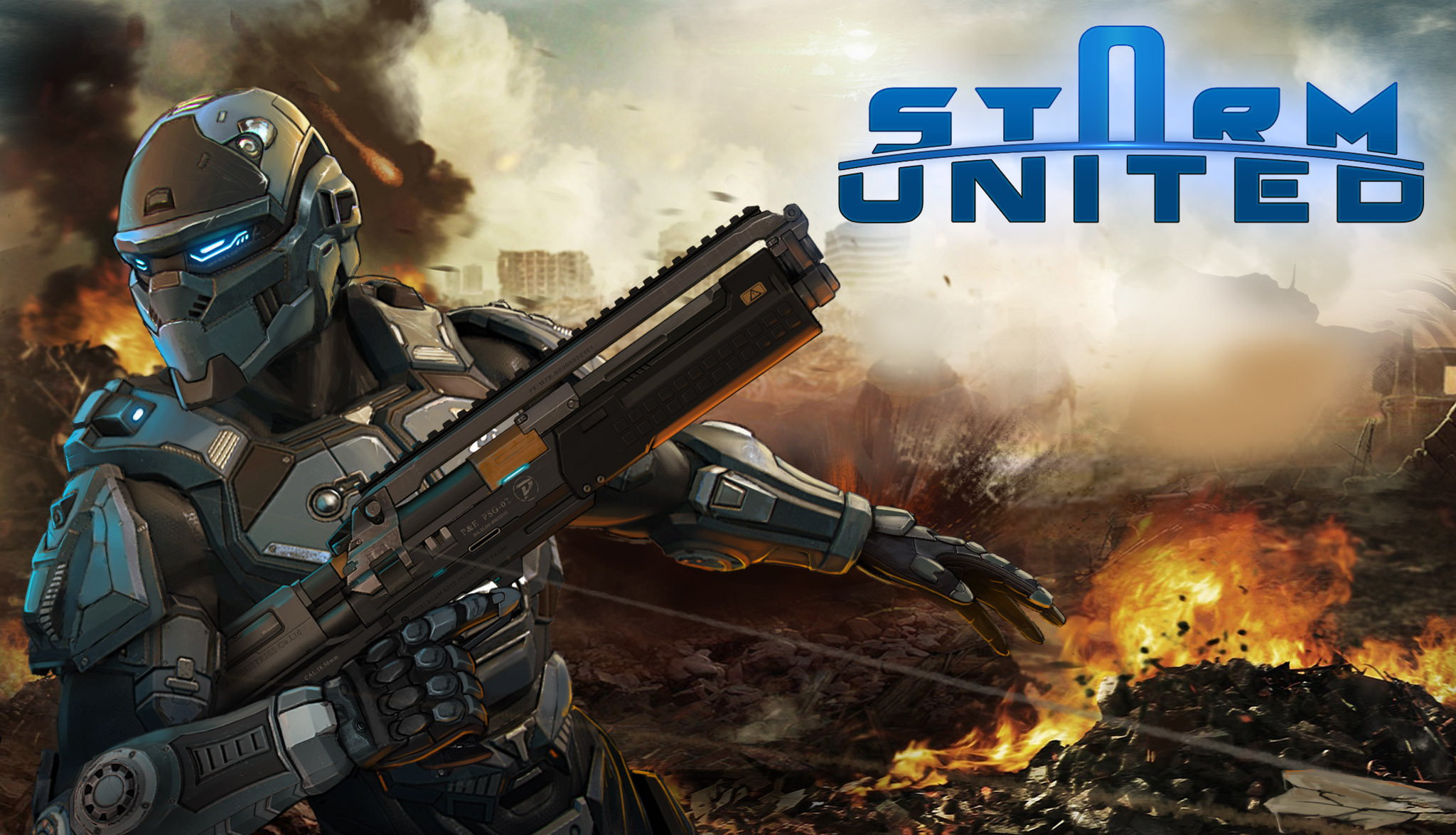 As you may know, Storm United is ultimately going to be a Free to play game.
Our decision to go with the free to play model has solely been taken to guarantee our fans a continuous flow of active players.

We want to make it clear right from the beginning; we will not monetize exclusive core gameplay elements to not fall into the "pay to win" trap so expect sales of visual improvements, toy acquisitions, convenience services and time shortcut types of goods in the shop. 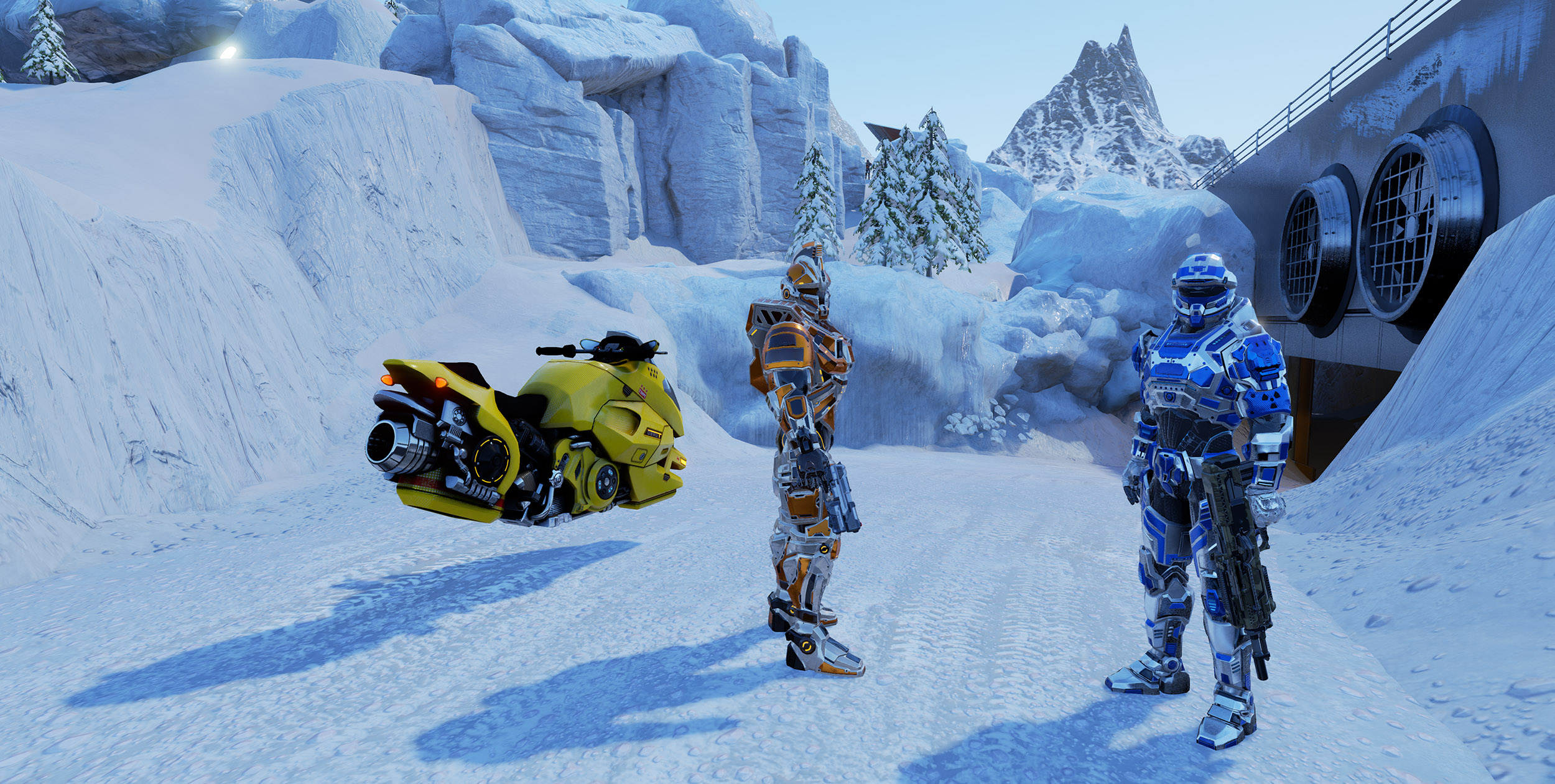 The game will sell on Early access for 25USD in the coming weeks. The money spent for the early access will be offered back in forms of in-game credits to our players once the final game build goes free to play. In other words, players won't loose money by getting the game early, additionally they will get exclusive goods including an early-access only weapon and a premium character as a token of our appreciation.

We could have released the game long time ago on early access but we did not want to give a half-baked game. This release although unfinished and with some rough edges should provide already a good load of fun and work well overall. We haven't tested it on many different computers, but it works here as expected on different types of computers including some with CPU integrated GPU.

The early access development period is estimated between 4 months to 8 months after which we will release the final version on Steam as a Free to play game.

The main features you will see at the initial early access release are the following ones: 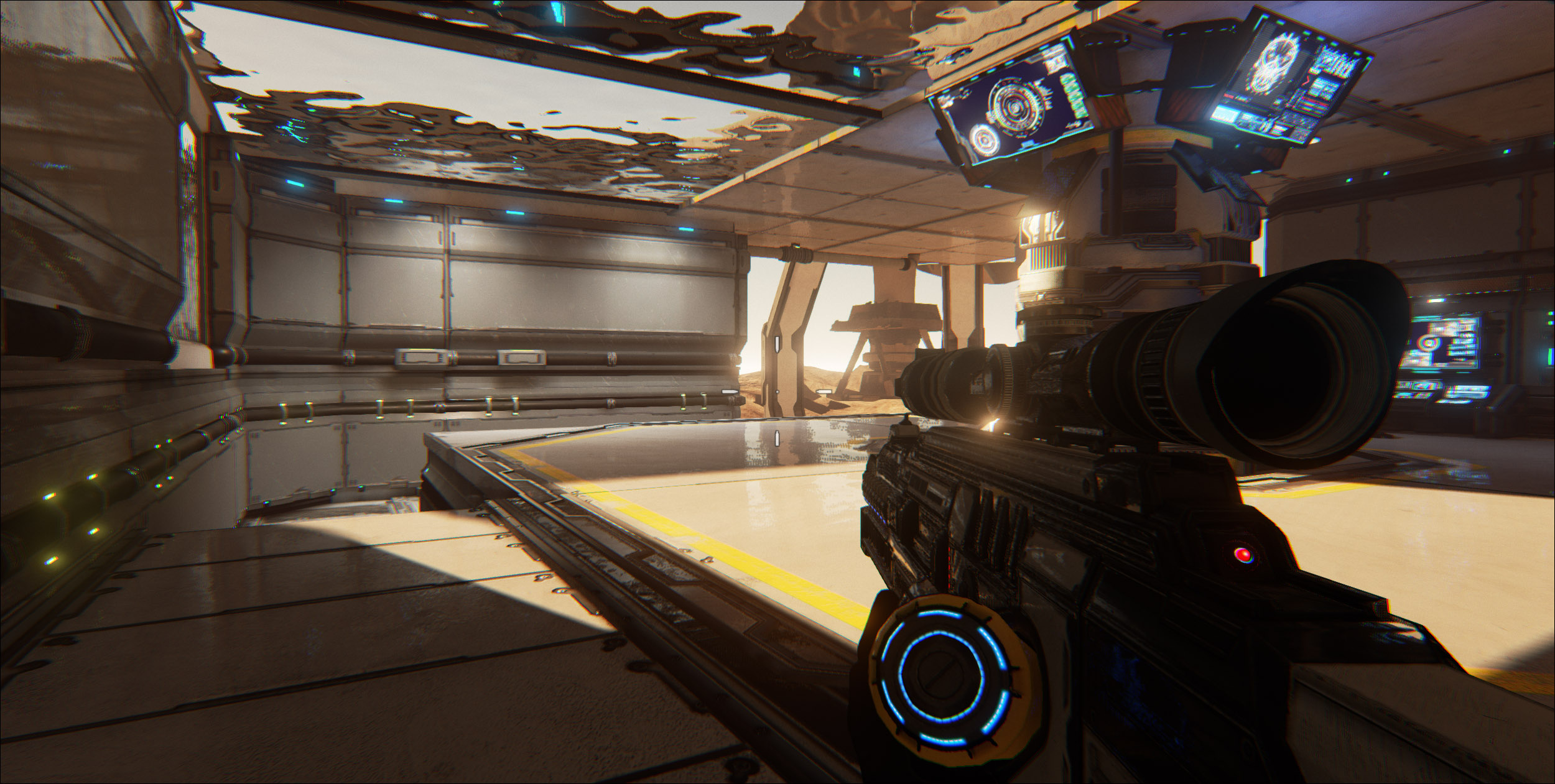 During the early access phase those are amongst others improvements you can expect:+80 weapons

Following the final release we will keep working on the game by adding new maps, new weapons, new features and game modes. Additionally, if the success allows us, we will work on a coop campaign where a team of players will have the opportunity to eradicate aliens and enemy factions with a twist.

I am looking forward to your game

Thank you, comments like yours are simple yet very motivating for us!

80 weapons on top of what existing weapons you guys have done already? Jeez, you people are dedicated :). But, in all honesty, i really hope the weapons are unique and not just better in stats only. (Ah, whatever, picky me). Is there going to be a demo version we can test out before purchasing the early access? I might be inclined to purchase it, but i don't know if my machine can handle it :P

We have spent almost 3 years now perfecting our weapon editor to allow easy weapon additions. We have further improved it when we switched to UE4 and now we are able to add weapons pretty fast so we have the ability to achieve what we wanted: guns, lots of guns :D. As for what kind of weapons, we'll have special ones for sure though for the initial release there will be a limited amount, for the sake of fixing core features bugs first and proposing a good experience even at the early access release.

Regarding the required computer system, UE4 is surprisingly scalable, much more so than Unity 4! You should be able to run it even on old system.

Im really looking forward to the release. Yet I think 20 Euro is much. But I think that is because I'm Dutch, Ill probably buy it :)

Hahaha, I've heard of Dutch people's reputation (being from Belgium) but I'm sure you will enjoy it and I truly believe you'll get bang for your bucks, hell you can always buy it now, try it if you like and otherwise wait for a couple of months and at the final release you'll get your credits back + bonuses to spend on many many new features and coolness we'll add during the following months and even years to come.

Ill, but it. It looks awesome and will also provide good footage for my YT channel.

But even more important, it will be fun :)

I personally cannot wait to get the game. But will Linux and OSX get a same day release? As well can you define what specific content with be for early adopters only?

Our servers are running the game on linux and we have tried a linux client version a couple of weeks ago and it worked fine too. We haven't played it deeply but I think there shouldn't be any problems besides perhaps minor OS GPU drivers artifacts that are inherent to the platform if you ask me ;).

As for OSX, that's the only OS we haven't tried yet but it won't take much time before we can confirm it. This said I think it should work fine, being close to how the linux client works and knowing that we have taken great care of using only cross-platform compatible operations.

Allow me to come back on this one in a week from now to give you a 100% confirmation.

I'm quite excited for this game, but I know my computer probably would not be able to run it at a good FPS. Do you know what the system requirements are/Are you willing to make a low-res mode (e.g. model textures are terrible, the guns are a few blocks with a barrel, etc) :P

Actually as surprising as it may seem, UE4 scales super well, better than Unity and and better than UE3 because of the Screenpercentage technology. We have tried it on low end AMD CPU with integrated GPU and it can run. Now of course you won't play at full glory but it is playable and it played stable at 50FPS on that 50USD AMD cpu. I guess time will tell, but I will make some tests soon with laptops to see how it works out and will let you know the answer here.

Hope to see you around too, we have created a Turkish forum section on our website: Stormunited.com

Thank you, welcome to you too Turkish players :D

Going to be great!

Man am I excited for you guys, for sure buying it! Everything from animation to grapihics looks absurd, good absurd. You have created what looks like an AAA title, and hopefully what feels and functions like one too. Congratulations on your soon to be new release, wish you luck!

I can't wait to play