Be a bastion of all that's good in the games industry or crunch like there is no tomorrow. Play as a game developer in an exciting new turn-based combat and narrative game. But beware, your colleagues will fight your decisions every step of the way. 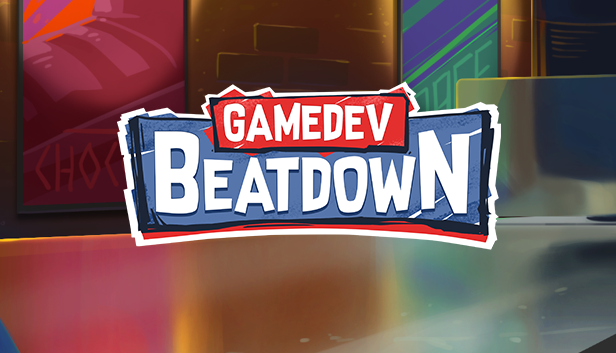 We have been spending quite some time the last year working on a game about game development that brings our experiences and that of several other developers in a fun and playable form. The result is Gamedev Beatdown.

Live through the life of a developer in Gamedev Beatdown. 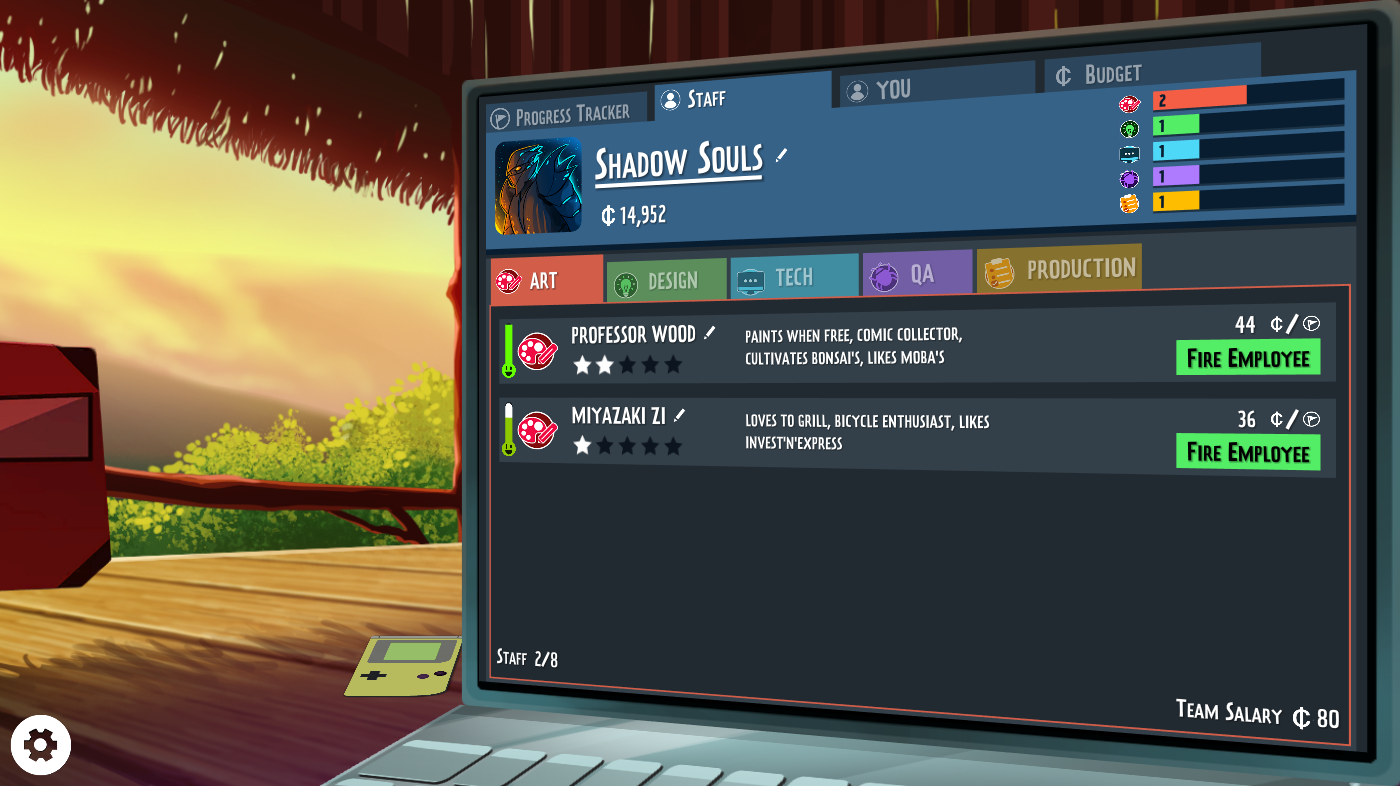 Have you ever wondered what goes behind the scenes of games that you love or whose names you never got to hear?

Have you ever been in a meeting that felt more like a war room? With the loudest voice winning arguments and deciding what decision gets implemented? 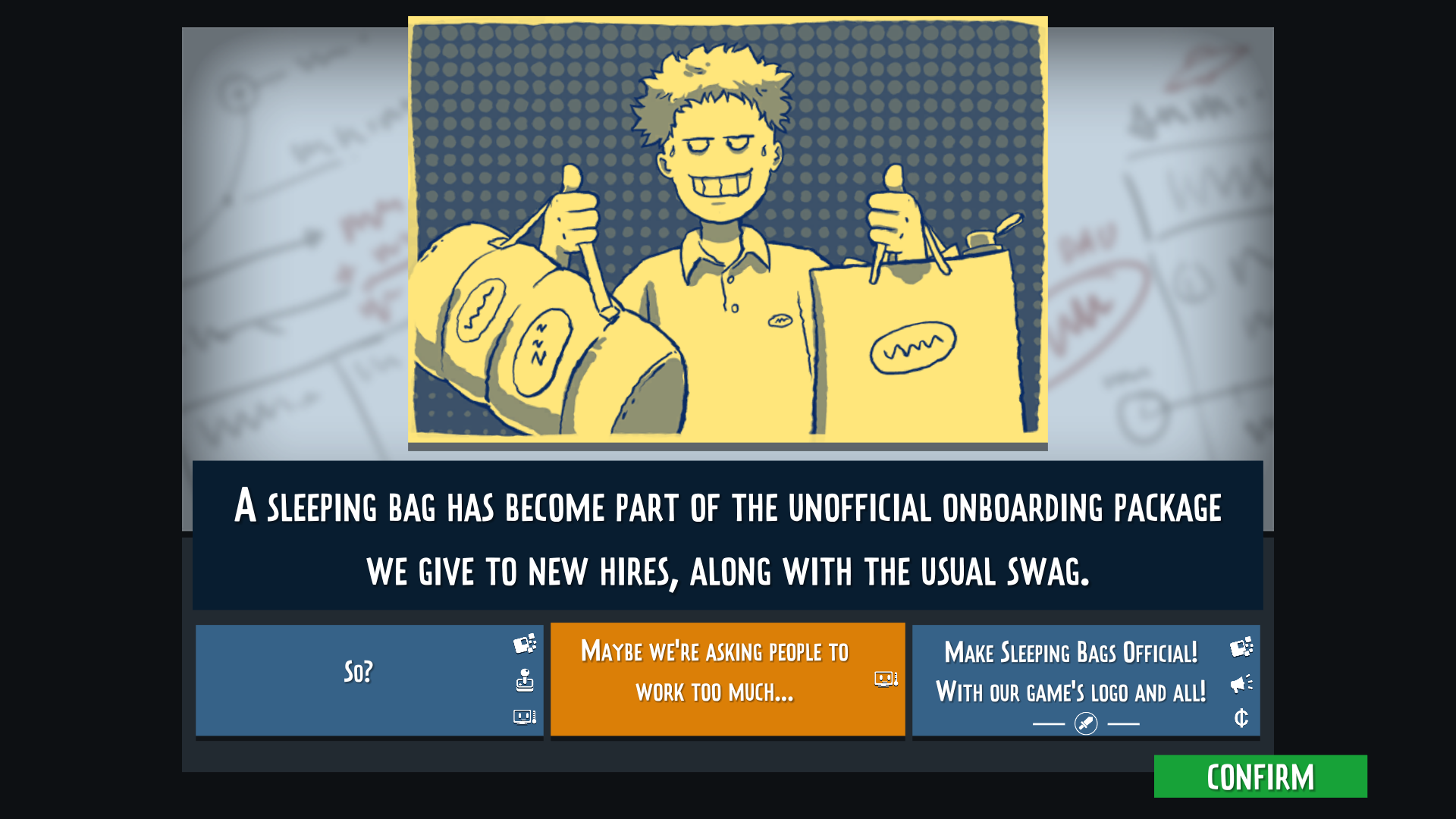 Play as a member of a team, making some hard and some not so hard decisions. If you win, your choices get implemented. Lose, and your game and studio might head in a direction you did not sign up for. 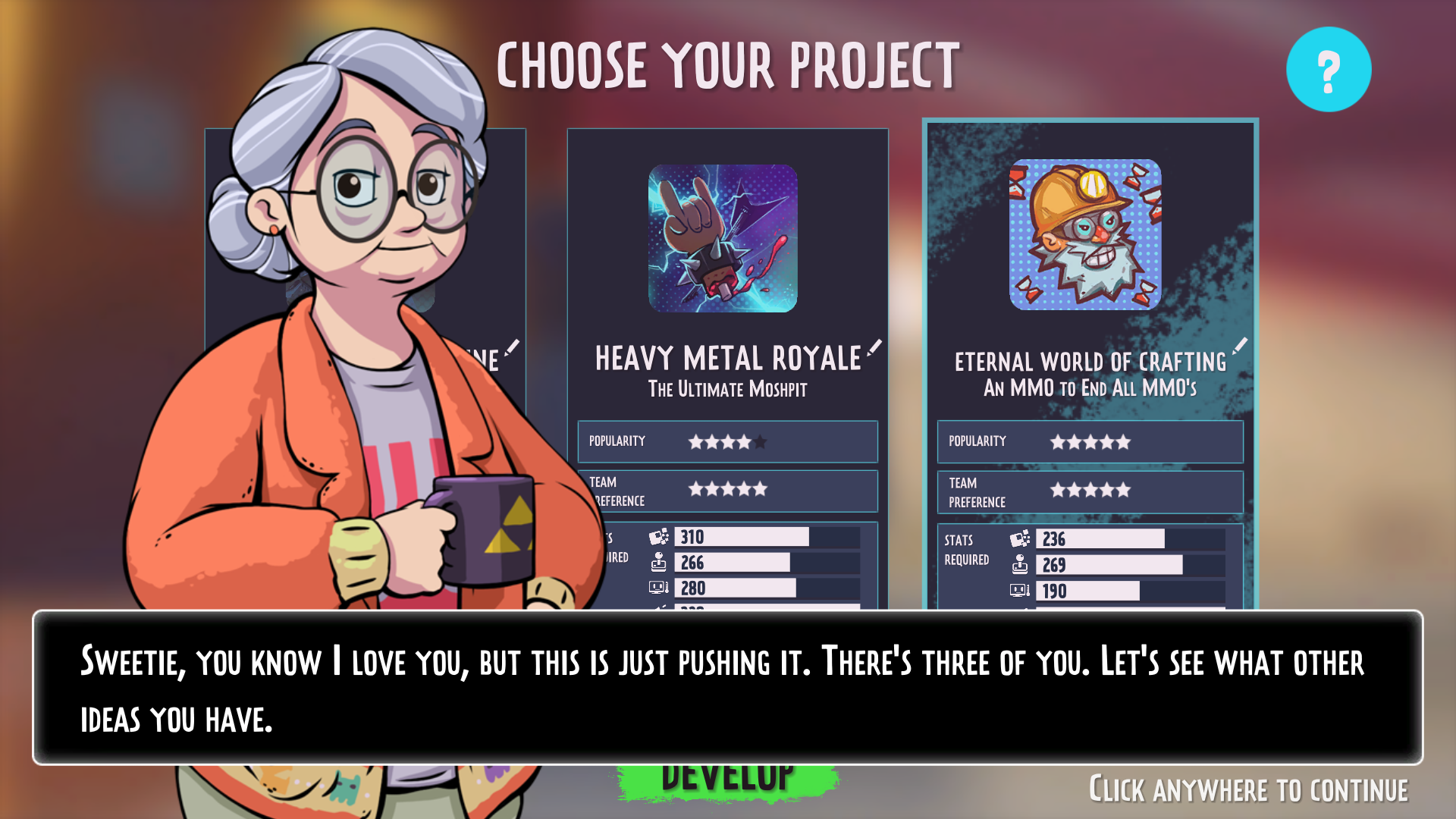 Work your way up from arcade-style games to full-fledged AAA releases. Once you start your journey as an Indie developer, move to new studio locations and hire the right people as you work your way up in the industry. There's a lot to handle, but you've got this. It was your dream, after all. 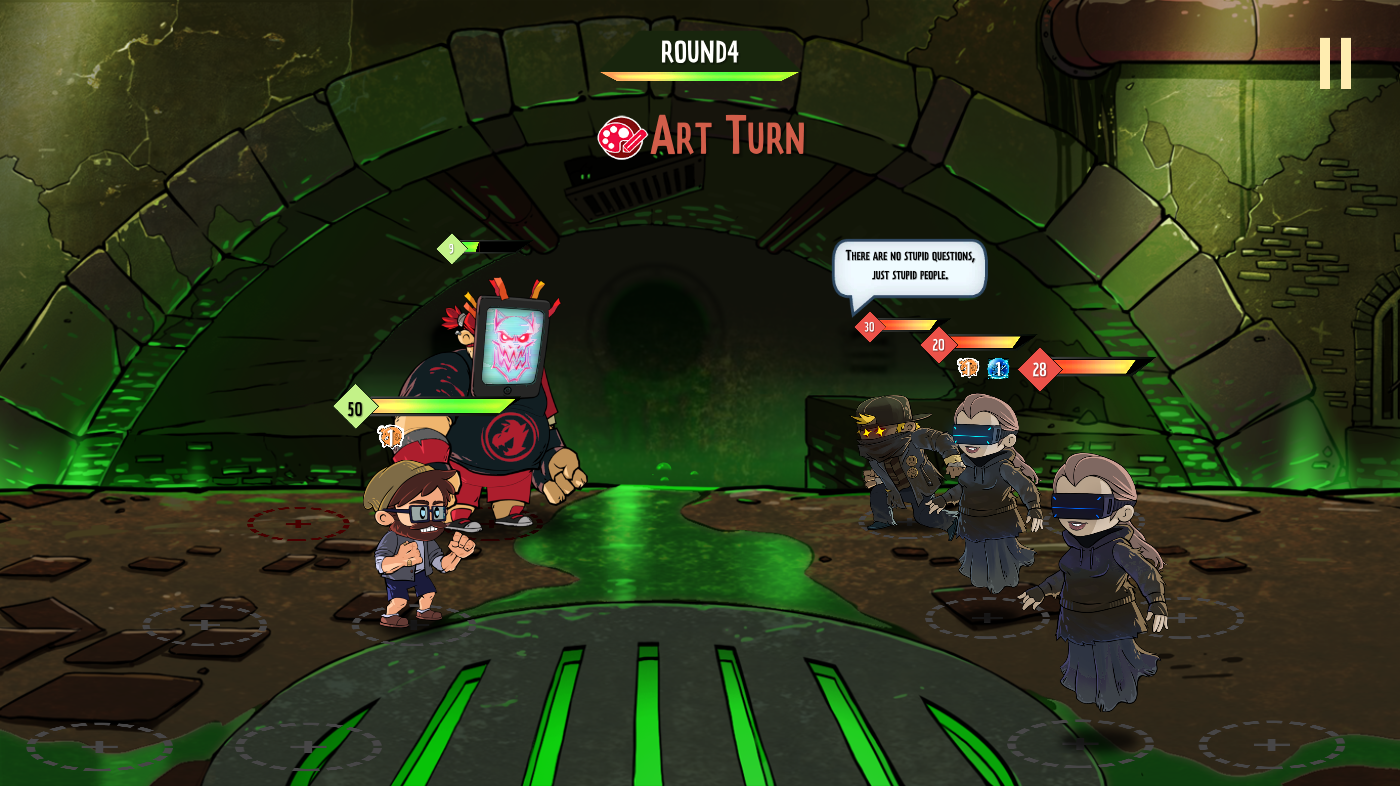 Did we tell you how Game Development wasn't easy? 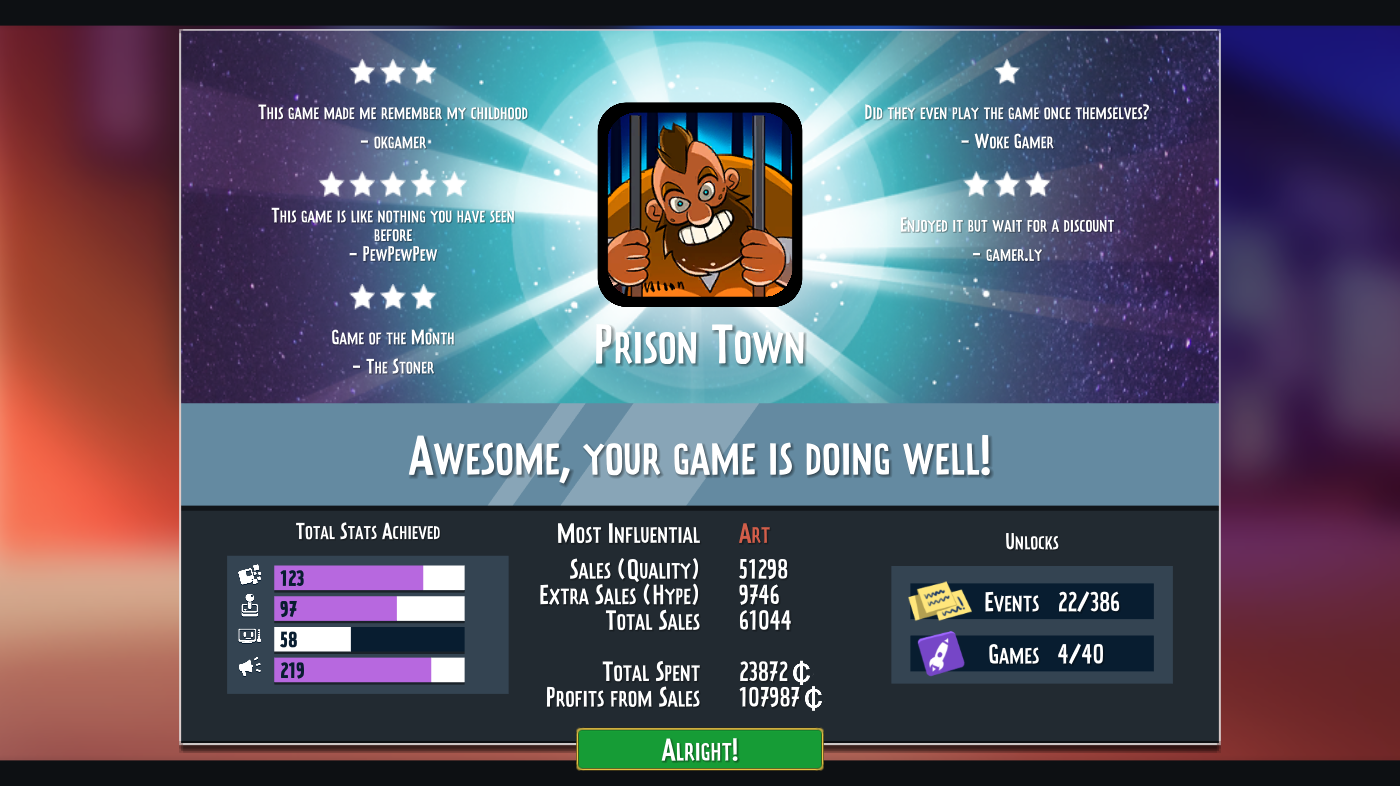 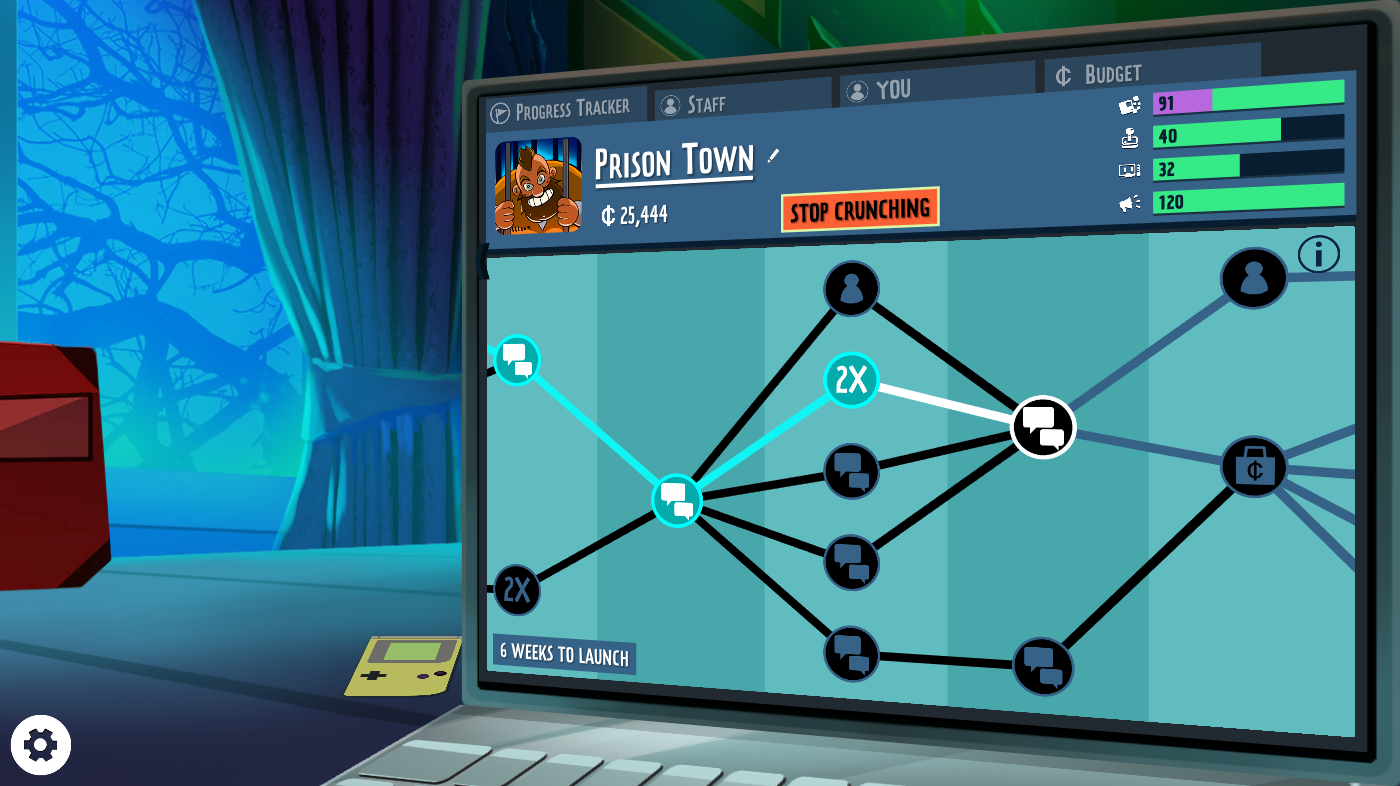 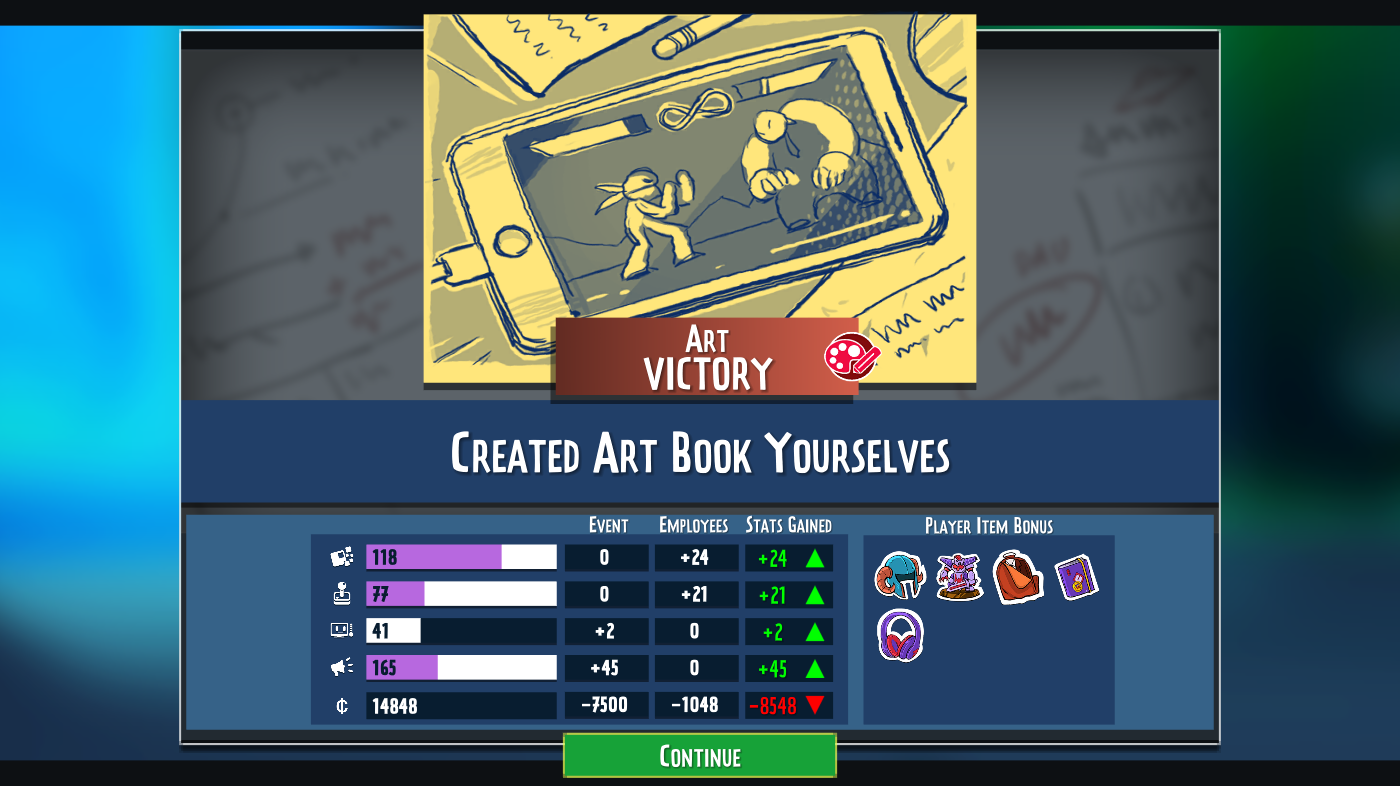 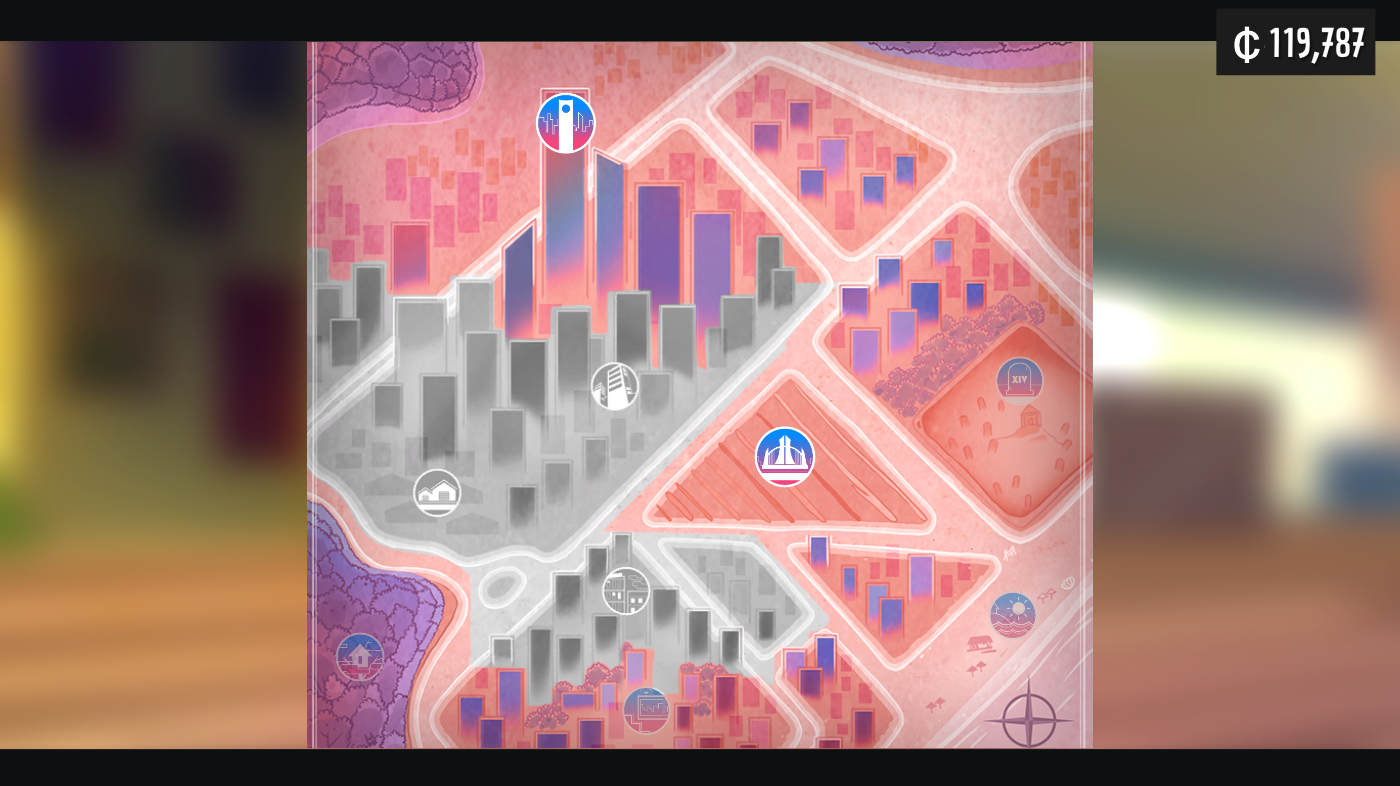 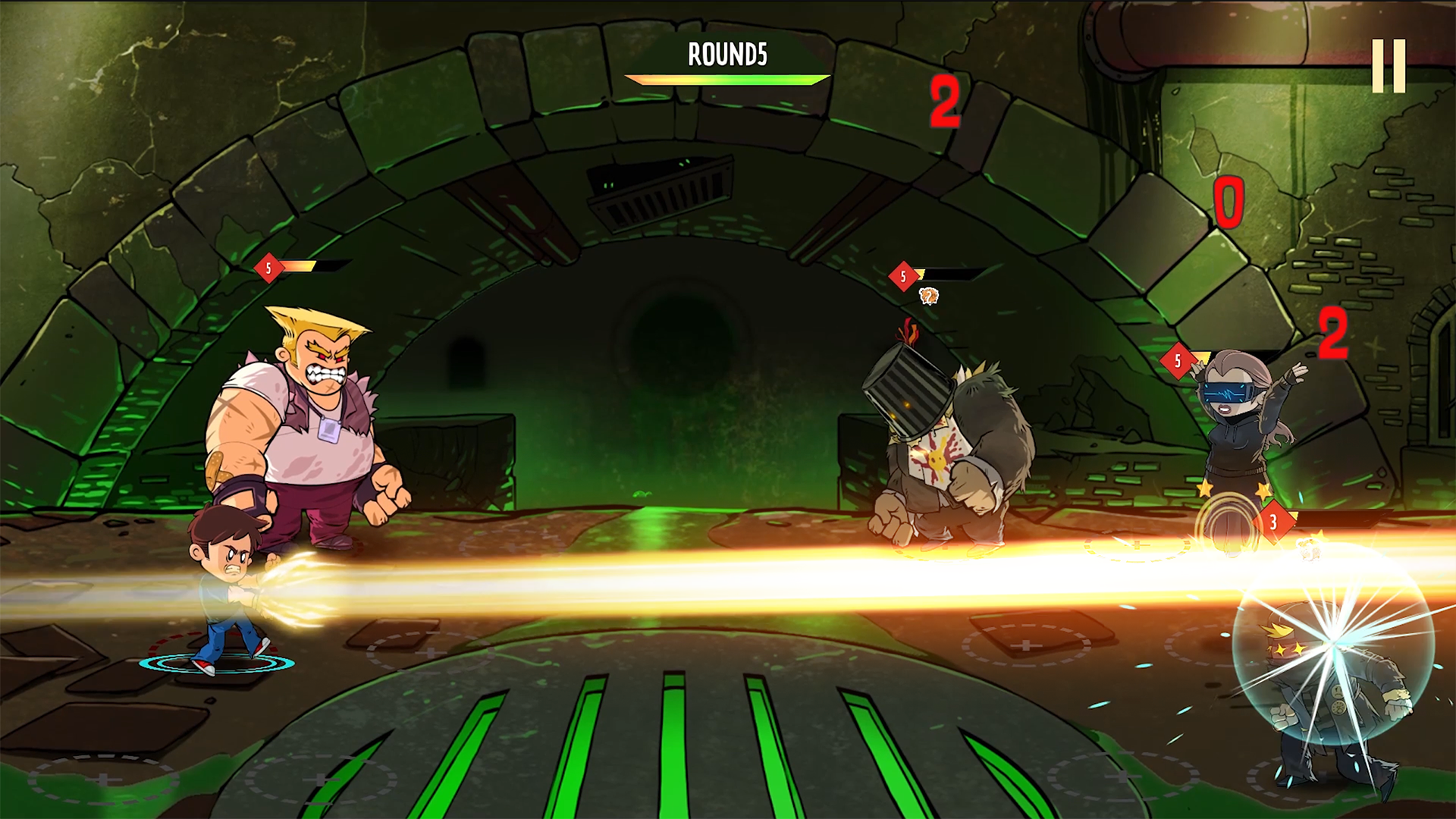 Support and Wishlist us on Steam:
store.steampowered.com