Live through the life of a developer in Gamedev Beatdown.

Have you ever wondered what goes behind the scenes of games that you love or whose names you never got to hear?

Have you ever been in a meeting that felt more like a war room? With the loudest voice winning arguments and deciding what decision gets implemented?

Play as a member of a team, making some hard and some not so hard decisions. If you win, your choices get implemented. Lose, and your game and studio might head in a direction you did not sign up for.

Work your way up from arcade-style games to full-fledged AAA releases. Once you start your journey as an Indie developer, move to new studio locations and hire the right people as you work your way up in the industry. There's a lot to handle, but you've got this. It was your dream, after all.

Did we tell you how Game Development wasn't easy?

Gamedev Beatdown Demo is available on Steam for Windows

We are so giddy and excited to announce that a free demo of Gamedev Beatdown is now available. For people to experience, and to complain to us about how much better the game can be.

The demo gives a sense of the hybrid gameplay of a narrative gamedev sim as well as turn-based combat seamlessly integrated into the progression.

We were initially planning an early access release, but it turns out we need to do a lot more work for the game to be really ready for that. Additionally, everyone who played the game had a much better impression of the game compared to just looking at the trailer or listening to our horrible attempts of explaining what the game was like.

Lo and behold, a demo allows a sneak peek into what we are doing. It also cuts down on buyer's remorse for something that's not just a cookie-cutter variation on a popular game or genre.

We are hoping that we get a better sense of what people think about the game and areas we need to improve on a war footing compared to adding and refining content.

Give the demo a look, and please tell us what you think, future generations of game developers depend on it! 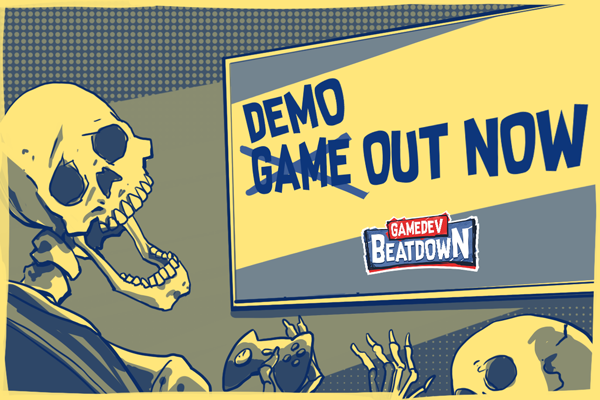 Check out the demo now!

Be a bastion of all that's good in the games industry or crunch like there is no tomorrow. Play as a game developer in an exciting new turn-based combat...

Castle of the Underdogs Role Playing