We've added new content, new dialogue, new mechanics and a better menu. Players will be able to focus more on the narrative of the game and less on searching their way through the network. Many things have been implemented to improve accessibility for players who might be unfamiliar with 3D platforming.

Read all about it on the Steam Community Announcement. We've added new content, new dialogue, new mechanics and a better menu. Players will be able to focus more on the narrative of the game and less on searching their way through the network. Many things have been implemented to improve accessibility for players who might be unfamiliar with 3D platforming.

New to Fumiko? Looking for a way to learn what the game is about in less than 2 minutes?

Give the new trailer a shot!

I was asked where all the social activity is in the biggest social area of the game: Hyperion.

This has multiple reasons. The size of the place was a perfect opportunity to hide secrets. I wanted the first homeworlds I added to be something the players had to look for. Something off track that can be found when careful. But what happens to the players who do not stumble upon the homeworlds? How many homeworlds are there to find? Is there some kind of map guiding them?

Well, there is now. With a new map in Hyperion, players will be able to track down every single homeworld. I also move some objects around and added visual hints to show where the social activity is happening, without ruining the open exploration. 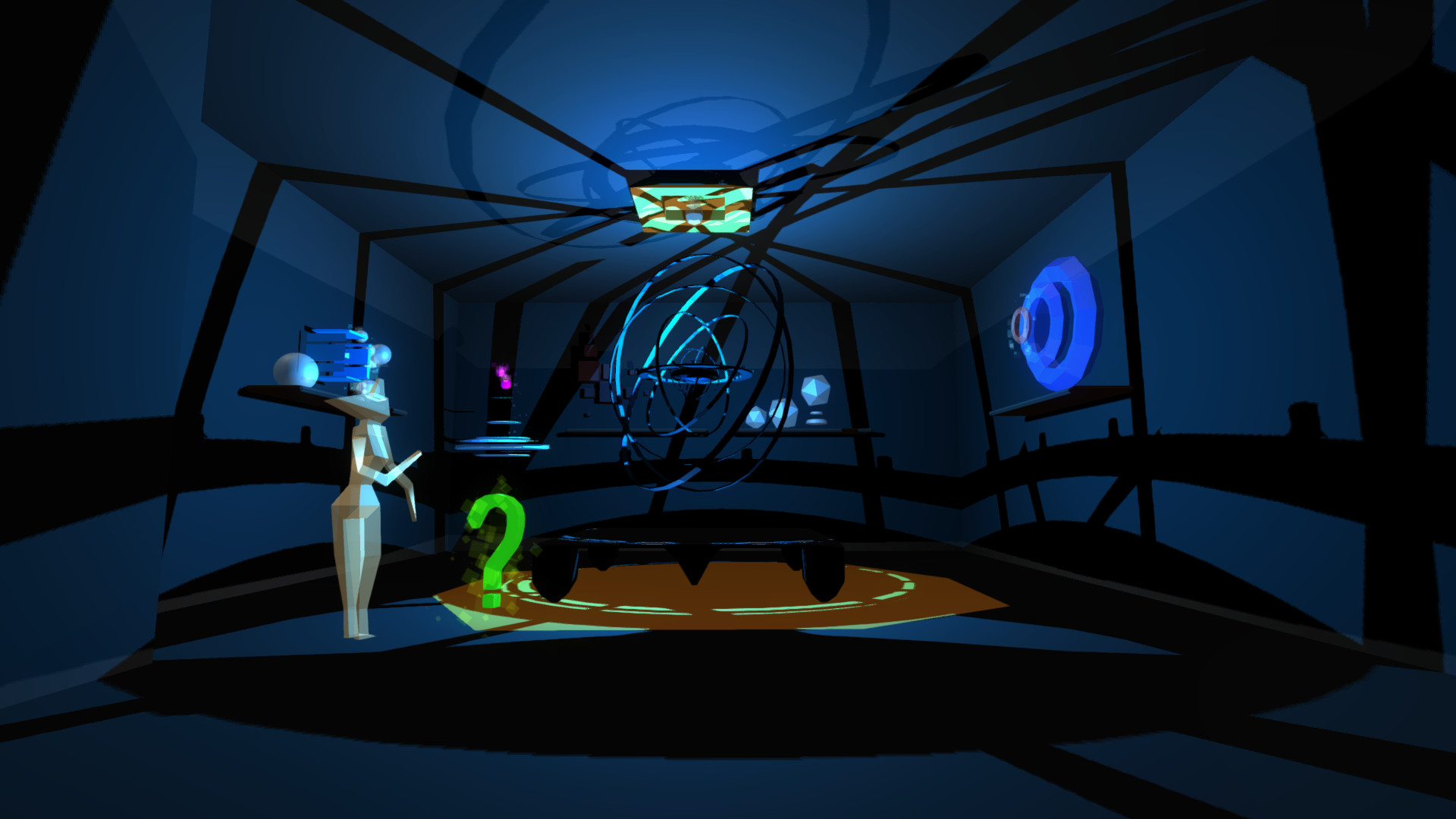 To improve the experience and world building even more, I have decided to add 6 new homeworlds to the road of Hyperion. These places are easy to spot and give a sense of casual social life. They contain new dialogue and are affected by the distortion happening in Hyperion. If things are starting to go wild, make sure to give them a visit and get two new Achievements: Dance Apprentice & Lonely Dancer!

With the patch comes a new ability: Dropdown.

A downwards jump with infinite charges to navigate

through the air like a sea lion through water.

The main menu received a major overhaul and now supports savegames. This removes the necessity of handling the menu through shortcuts. What I thought would be an interesting and quirky approach to a menu turned out to be clunky and unfamiliar. I can understand if players don't want to rethink how to navigate a menu, so I made it more streamlined. 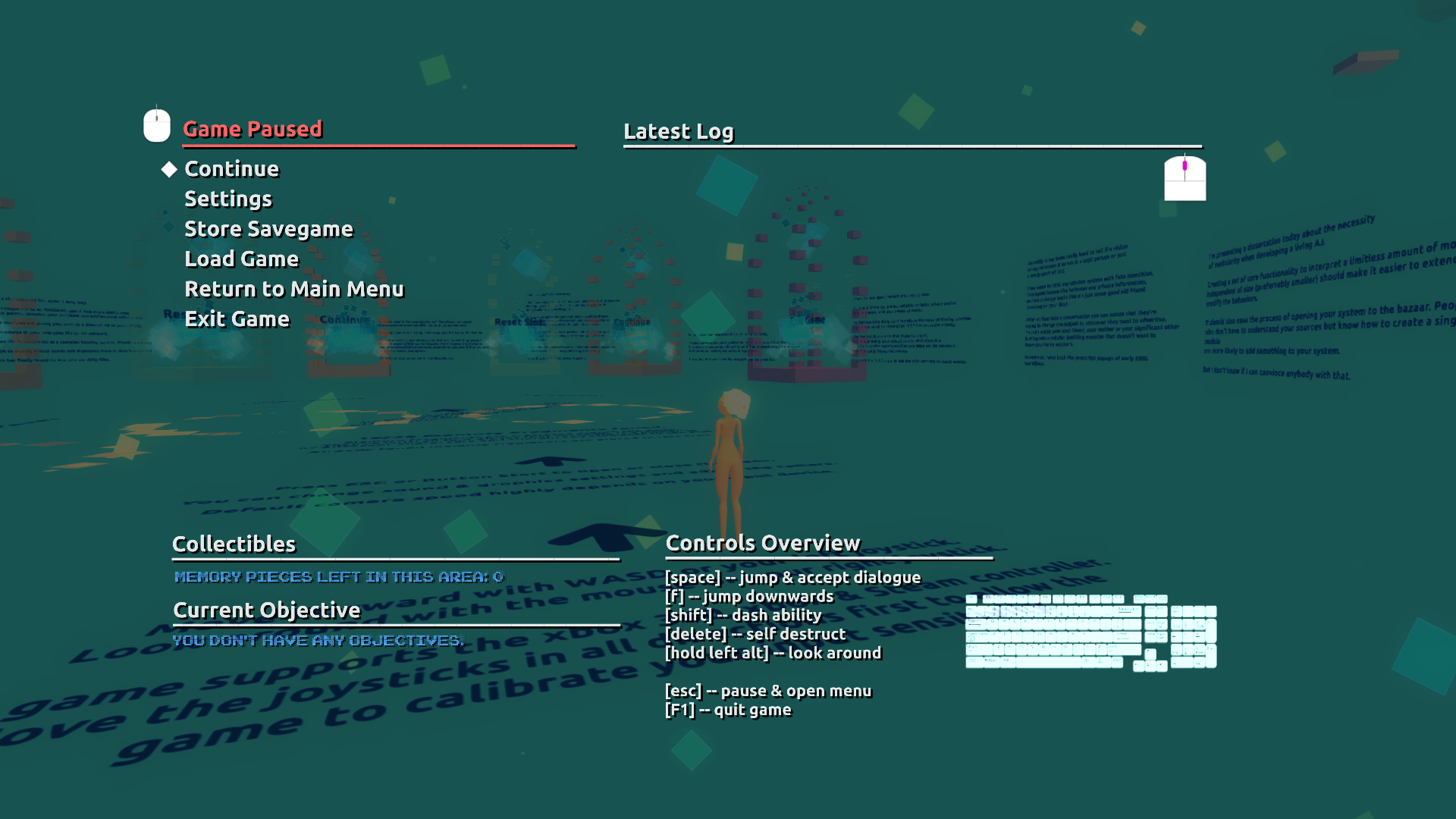 The savegame menu is especially helpful. The game will still auto save your progress in the 3 savegame channels available, but you'll be able to create your own savegames and safely travel between them. Each time you load a level, the game will create a backup savegame from the place you were coming from. Each major chapter automatically creates a savegame for you. Much convenience.

Felt frustrated with the game in the past? I've taken a look at every level and made it a better experience for everyone. The first levels received quite some rework, giving new players and the ones unfamiliar with the 3D platforming better hints. Some mechanics needed better explanation, some levels further guidance. Many jumping puzzles received more platforms to land on or alternative ways to reach the goal.

Players will learn Multijump and even Endless Jumping earlier in the game. This enhances the focus on exploration instead of giving the false impression that Fumiko! would be all about precision jumping.

The I.M. Server is no longer invisible and should be a lot clearer now.

This patch makes Fumiko! easier to explore but doesn't take away from the challenge to figure some stuff out. In the end, it all comes down to giving just the right amount of hints to point to a general direction. Many small and broader changes were implemented to achieve that. Some of it is subtle, some things were completely rewired.

I thank everyone interested in the game for your time and I hope Fumiko! will be able to reach more players in the future. Without your support few indie developers would be able to make games. Thank you for sticking around.