Full Invasion: Osiris is an upcoming co-op module for the popular game Mount & Blade: Warband. It is a complete remake of Full Invasion 2, and will feature much more content and diversity than any previous version of the mod, with tons of new content.

It’s been some time since our last article, for which we would like to apologise. We have been very busy working on Full Invasion: Osiris, and have just finished up something a large portion of our community will be glad to hear about — Lord of the Rings Combined.

We’ve received a few messages over the past few months asking about progress; if you would like to get involved in our community outside of these articles, stop by our Discord Server where you can chat with developers and the other wonderful people who hang around. 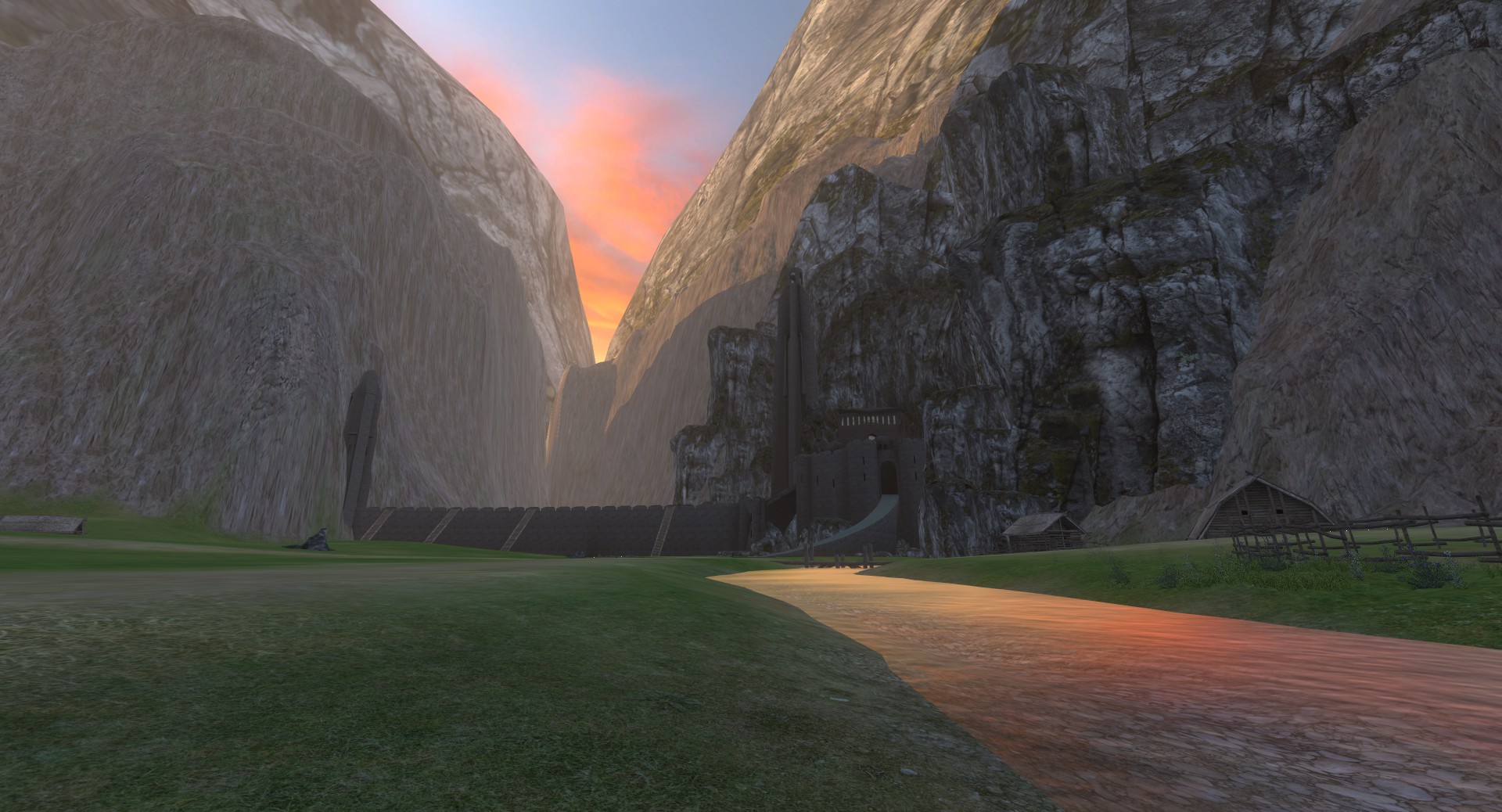 We started work on Full Invasion 2: Amber just a little over two years ago. It’s been a long journey, and we’ve learned a lot about working on a project of this size and about the larger Warband community. Full Invasion 2 has changed a lot since then, thanks in part to our awesome, dedicated community. We’ve received a lot of helpful feedback and great suggestions from our community on our Steam Group and Discord, a lot of which has found its way into the mod one way or the other. To tie that in with today’s article, the faction which we’ve had the most feedback on is by far the LotR Combined faction, and its associated Invasion and maps.

LotR Combined is the most popular faction in Full Invasion 2 without question, but it is in a weird place of being one of the most disliked by veteran players. This is due to how often it is played on public servers, whereas other factions, invasions, and maps, aren’t played as often or at all. In the past, we’ve addressed why we believe this happens, which is actually the reason we set out to reboot the module with Full Invasion: Osiris.

In previous versions of the mod, there is no denying that LotR Combined is the most fleshed out and varied Defender faction available. It has solid internal progression into elite classes and heroes, so it gives a sense of accomplishment and progress each time it’s played. That’s something which is missing from a lot of other Defender factions. Combined with people’s love and familiarity with LotR, we believe that the faction is played the most because other Defender factions lack those same traits. 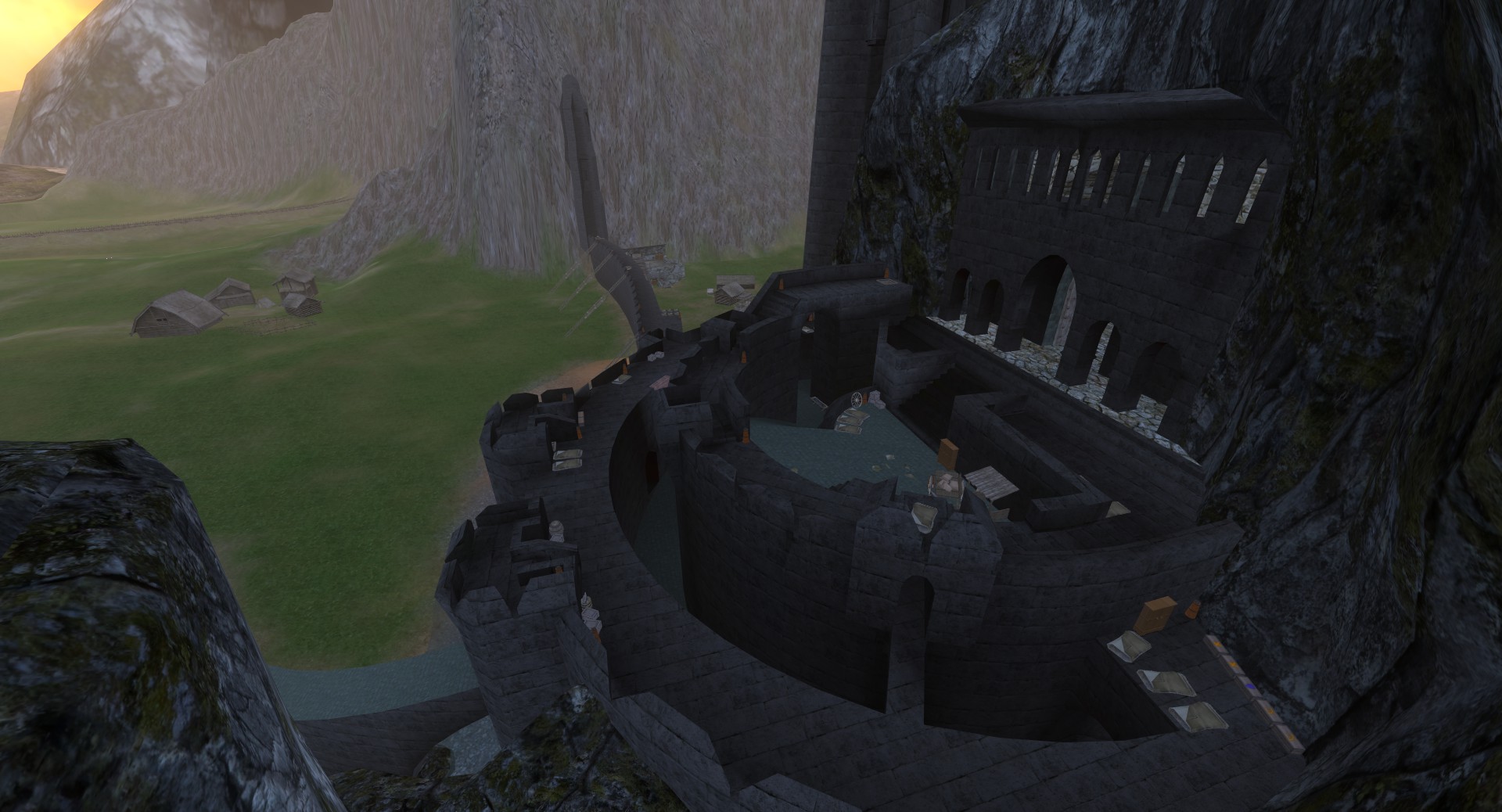 A lot of the work going into Full Invasion: Osiris right now is related to the factions, their progression, and the items they use. This is a monumental amount of work, but is essential or else the mod risks feeling unbalanced at best or unenjoyable at worst. Each troop class for every faction in the entire mod has to be unique from one another, along with the various weapons and armours they can choose from (all of which have to be assigned and balanced manually against all of the other items in the module). Our goal with Osiris - from the very start- has been to make every single Defender faction feel at least as unique and varied as LotR Combined has in previous versions.

Before we took over with Full Invasion 2: Amber, LotR Combined had 30 different troop classes for players to choose from, some of them with only 1 or 2 equipment variations to choose from. This has mostly stayed the same through Amber and Amber 2.0, although there have been a few troop classes and lots of variety added.

Right now, the LotR Defender faction in FI:O is projected to have between 85-90 troop classes to choose from, with 20-30 heroes and elite classes in total. We’re not talking about classes with just 1 or 2 sets of gear for each class to choose from, in total the faction will draw from over 800 unique items, not including several legendary items being added as well.

While LotR may still be the largest faction in FI:O when it comes to size, our goal is to make every other faction just as diverse. In the first preview build which we released to our supporters through Patreon, we showed off some of this diversity in the Calradia faction, which boasted over 40 classes with more heroes planned for inclusion before final release.

In the next preview build for Full Invasion: Osiris, LotR Combined will be a playable defender faction for our supporters to mess around with. We have also remade Helm’s Deep/Hornburg for players to explore in the preview build. We are also planning on including a handful of other maps specifically created for Osiris, which we will be doing closed testing events on to get players’ thoughts and opinions on the maps.

Speaking of LotR maps, we have three big plans for Full Invasion: Osiris. We are planning a complete remake of Minas Tirith. The city is being doubled in size, with branching paths across the various levels to make it feel like an actual city rather than a linear path. Matches will no longer devolve into retreating along a buggy path to the top of the map at the cost of time. Players will have a number of new areas to pin down the invaders and use the map to their advantages, we’re very excited about it.

We have plans to include several other LotR maps which are well-loved by the community, like Amon Hen. We are also considering the inclusion of a Mines of Moria map, although we’re not entirely sure it would be enjoyed by the community. If you would be excited to play on that map, or you have suggestions for other cities/places in Middle Earth where you would like to see a battle set in, let us know in the comments below!

If you leave a comment with a lot of detail and passion explaining why it would be a cool setting for a map, then there’s a good chance it’ll make it into the final version of the module (and you may be sent a copy of this preview build as thanks!). 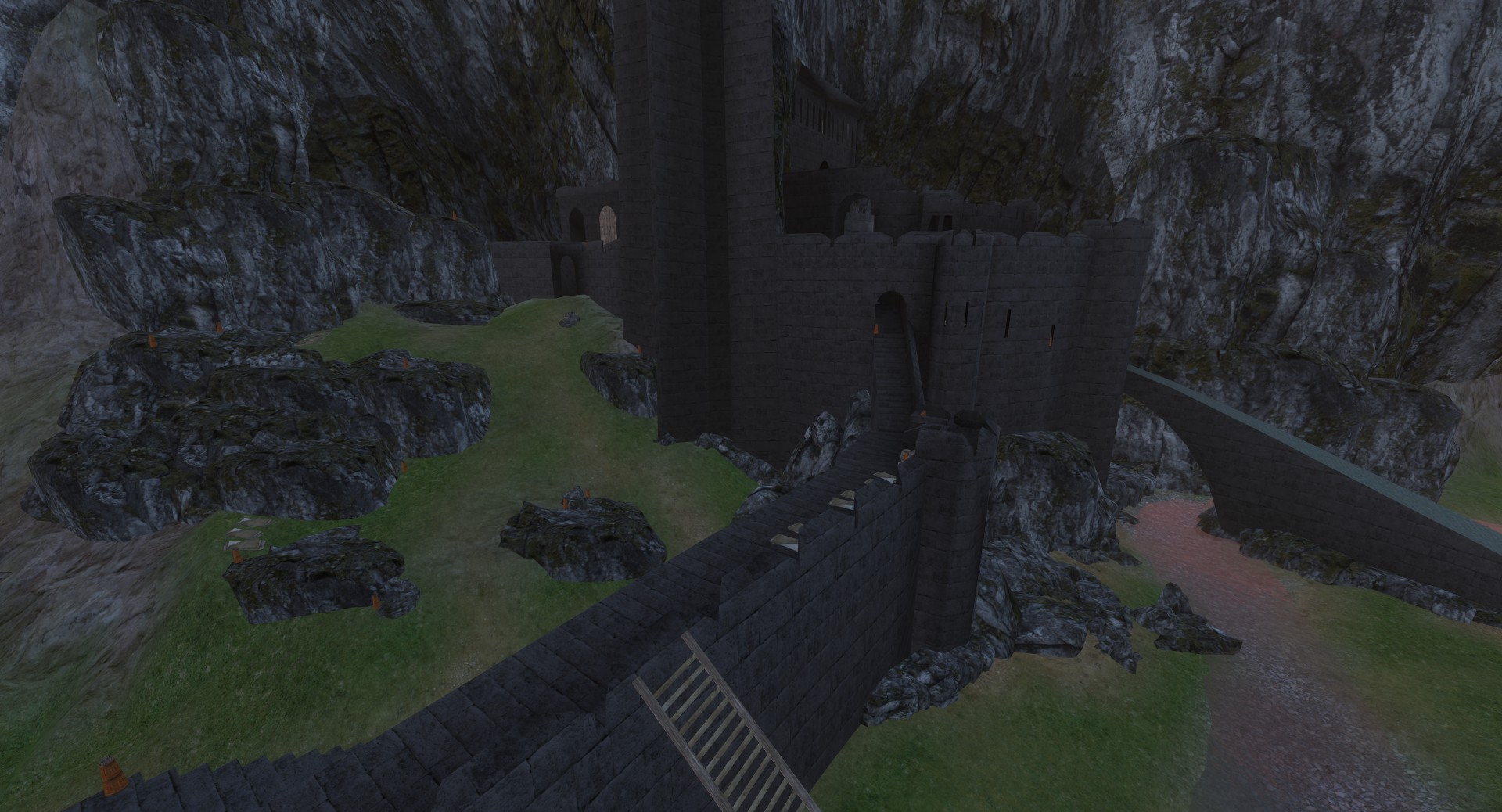 These preview builds are a special perk for our supporters on Patreon as thanks for ensuring development on Full Invasion 2 continues into the future. It is also incredibly helpful to have Patrons to help test the new maps and features being added before we get further in development, so a big thank you goes out to them (seriously, the generosity has been insane).

Please, let us know what you think about this article in the comments below or over on Discord. It’s been awhile since the last article and we’ve put in a lot of hours on the mod, so your feedback (and just hellos) would be appreciated. If you have any questions about the faction, the maps, or suggestions for new ones we would love to hear them!

This is amazing news and watching all the work you guys are putting is breathtaking. It would be awesome to make a mod as popular as full invasion focus on Lord of the Rings only but that is the opposite of what Full Invasion is. I would although beg the modding team to consider making a stand alone Lord of the Rings Full Invasion Mod because it is obvious that you have the content.

There used to be a mod like that, focusing on lotr but unfortunately it
died pretty quickly. I think it would just split the player base.

We're in the same mind as mr_mister about this, If we split Full Invasion 2 further it will equal less players for both of them. Perhaps if the Warband community was still as large as it was a few years ago we could, but not now.

Maybe Bannerlord will change that with FI3, we still don't know a lot about how mods will work in that game!

I understand but Fall of Mordor died because it had little publicity. You are the mod that reaches one of the largest mount and blade audience.The other mod needed a lot of players to play and people lost interest while on Full Invasion you can even play alone because you are fighting AI. I believe that if it is someone who can keep the audience interested, it is only you guys. Unlike the other mods you have hundreds of people waiting for your updates and content and personally, I think people would not lose interest.
I do see your point though, and as developers you guys know best.
I would still encourage you but of course my opinion is biased since I love Lord of the Rings so much but maybe that is not the best thing for the mod.
Anyways, the work that you guys put in is amazing.

I'd honestly like to see a Gates of Argonath map where you are on the shores of the river near it or on the upper cliffs next to the statues. It would be such an epic battle scene, honestly.

Making those models though... We tremble at the thought.

Wow, I love this mod!

NIce I heard you guys are overhauling all of the Lord of the Rings Combined faction in order to add new heroes etc. I hope Eowyn is amongst them.

LOTR is fine, I always enjoyed it. However I would hope that you guys take advantage of Warhammer also, take a look at Warsword Conquest as an example. Surely some arrangement could come about to use the chaos and skaven models at the very least.
Personally not keen on Minas Tirith, I would of course have to see the actual changes but making it bigger makes no sense at all, its large scale was the issue to start with, seems like wasted performance even if you do make some interesting areas. How about Osgiliath instead/aswell? I will include a photo in next post in case it ruins this one.

I would love to see a Mines of Moria map and an updated Minas Morgul map(if possible). Anyway keep up your' amazing work.

We're looking into adding one, if not both, of those maps :)

When will the mod be out?

Osiris is still in active development, we don't have a set release date at this time. It is unlikely that you'll see the full release any time before 2018 - until then, you can play the current version of Full Invasion 2 (Amber 2.0) or consider checking out the preview builds of Osiris available to our supporters on Patreon.

Perhaps Erebor or Edoras would suffice as a map? What about Mithlond?