News and screenshots about the progress of the Enhanced PC Version of Fractal Space, as we're getting ready for Reboot Develop Conference!

We are happy to write to you again :) We hope you're alright. We're back here to write about the current progress and state of the game :) 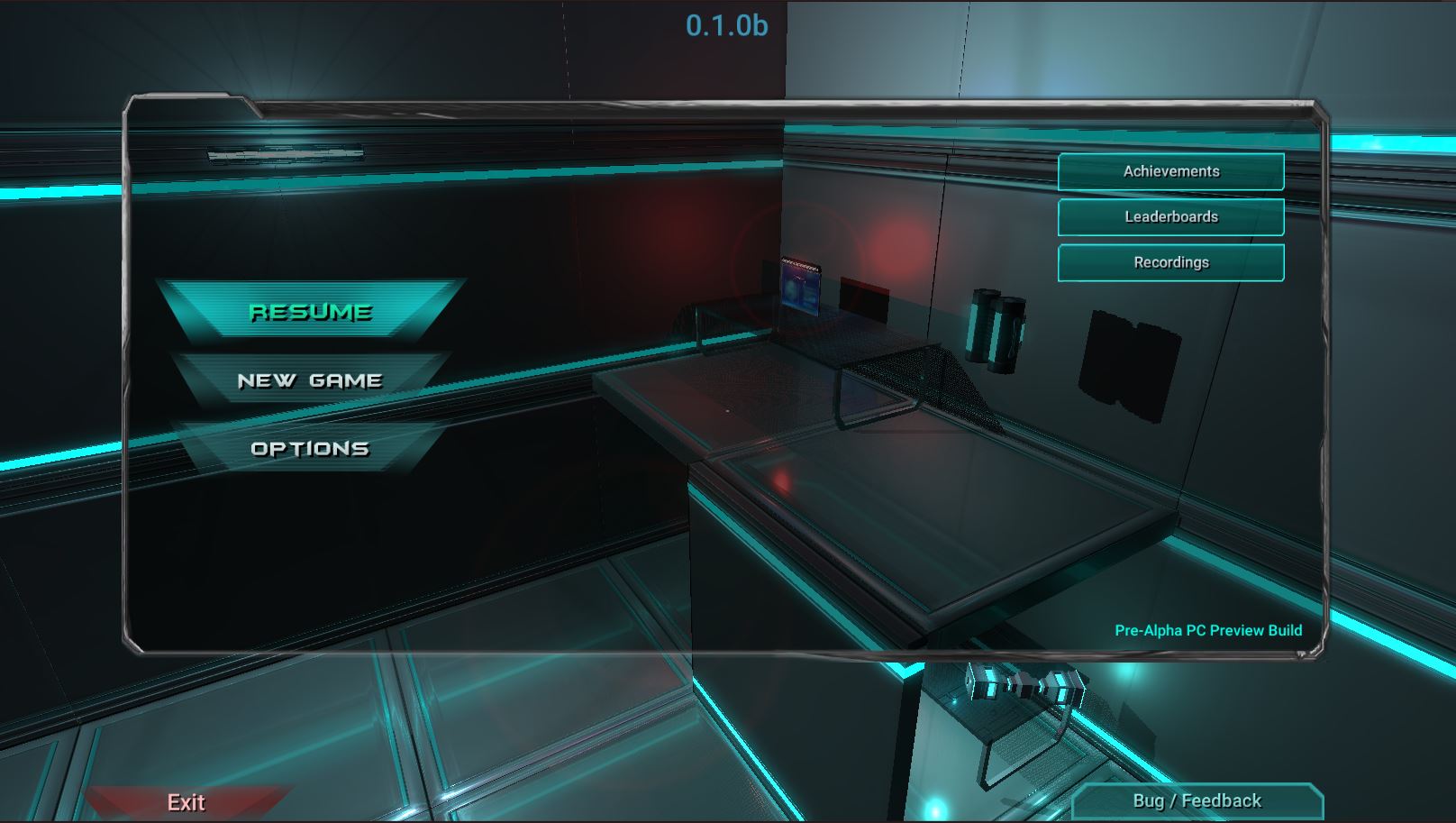 As mentioned in the previous development update, we have a PC Pre-Alpha build ready for anybody to play and test, if you are willing to play an early version in order to provide useful feedback and opinion on the game and find out bugs!

Current pre-alpha testers are currently finding a lot of nice glitches, bugs and other issues, but also provide interesting ideas for current and next chapters of the game. If you're interested in helping us improve the game, you can simply request a Steam key for the PC Pre-Alpha build of the game by sending an email to contact@haze-games.com.

The Pre-Alpha Steam build is updated about 1-3 times / week to fix all bugs which are encountered by players and test new experimental features.

Special thanks go to Peter and Kjus! They have both found many bugs and created videos for them! Peters also helps with Hungarian localization! Thanks very much to both of you!

We are focusing on fixing all bugs and polishing the first 2 chapters of the game, mostly because we want a good playable build for... Reboot Develop!

We are happy to announce that Haze Games is going be present at the indie games event Reboot Develop in Dubrovnik, Croatia!

We are thus working actively on a fully working build of the first 2 Chapters of the game on PC, for the people on-site to play! We are getting some very useful feedback, bug reports and comments from Pre-Alpha players that have requested a Steam Key. Thanks to them, we hope to achieve a bug-free and fully playable demo build :)

This also means we have to work on Posters, Flyers and Business cards for the game; a different, time-consuming type of work, but also very important.

We hope to have a few players at our booth - if you live in the area, please feel free to come and see us, we would be very happy to meet you! 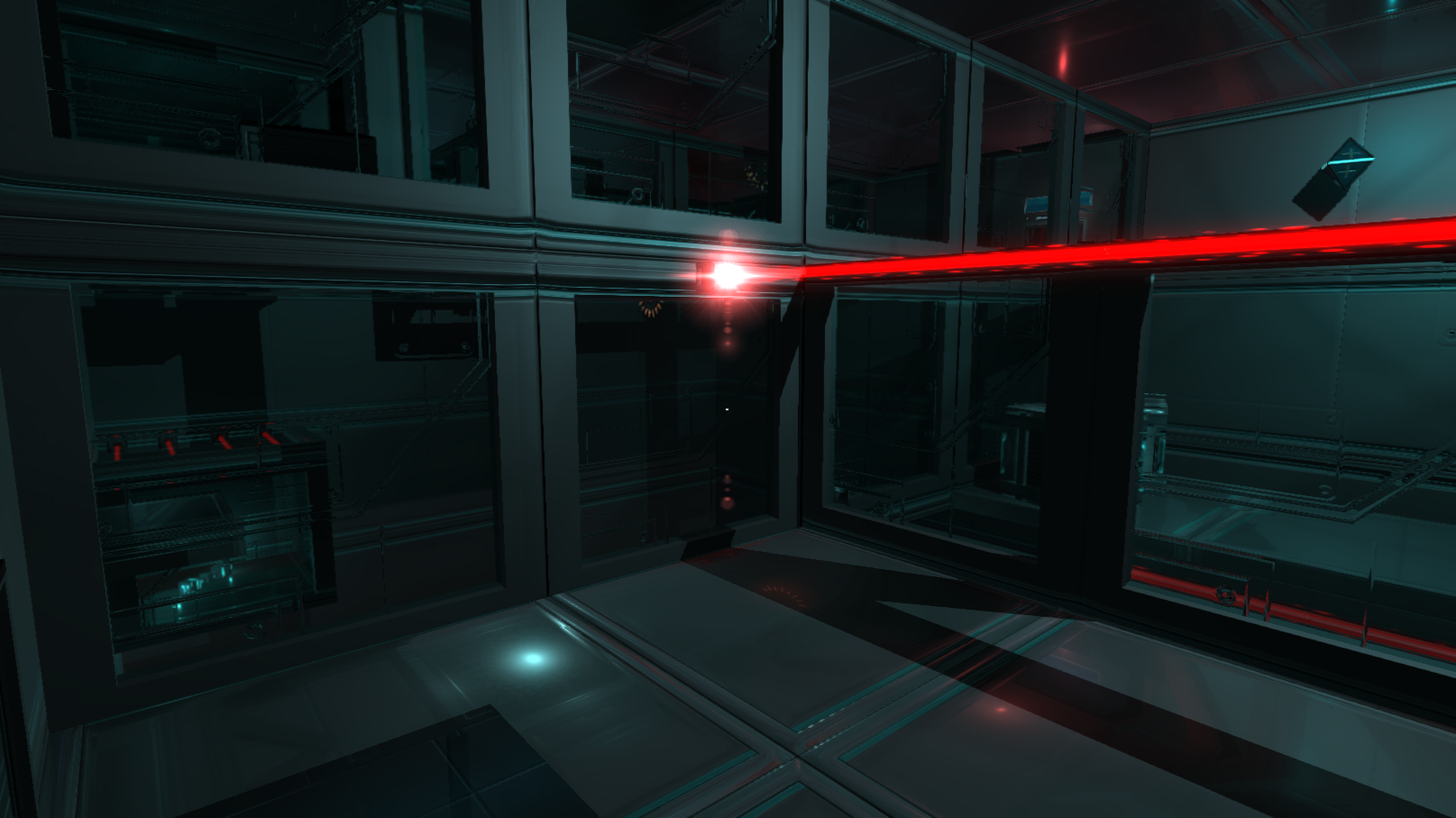 We have reworked all tutorials to be fully compatible with display of keyboard/mouse icons and Xbox One / Xbox 360 controllers! Now, we're sure everything can be understood easily, and those controllers are now fully supported: 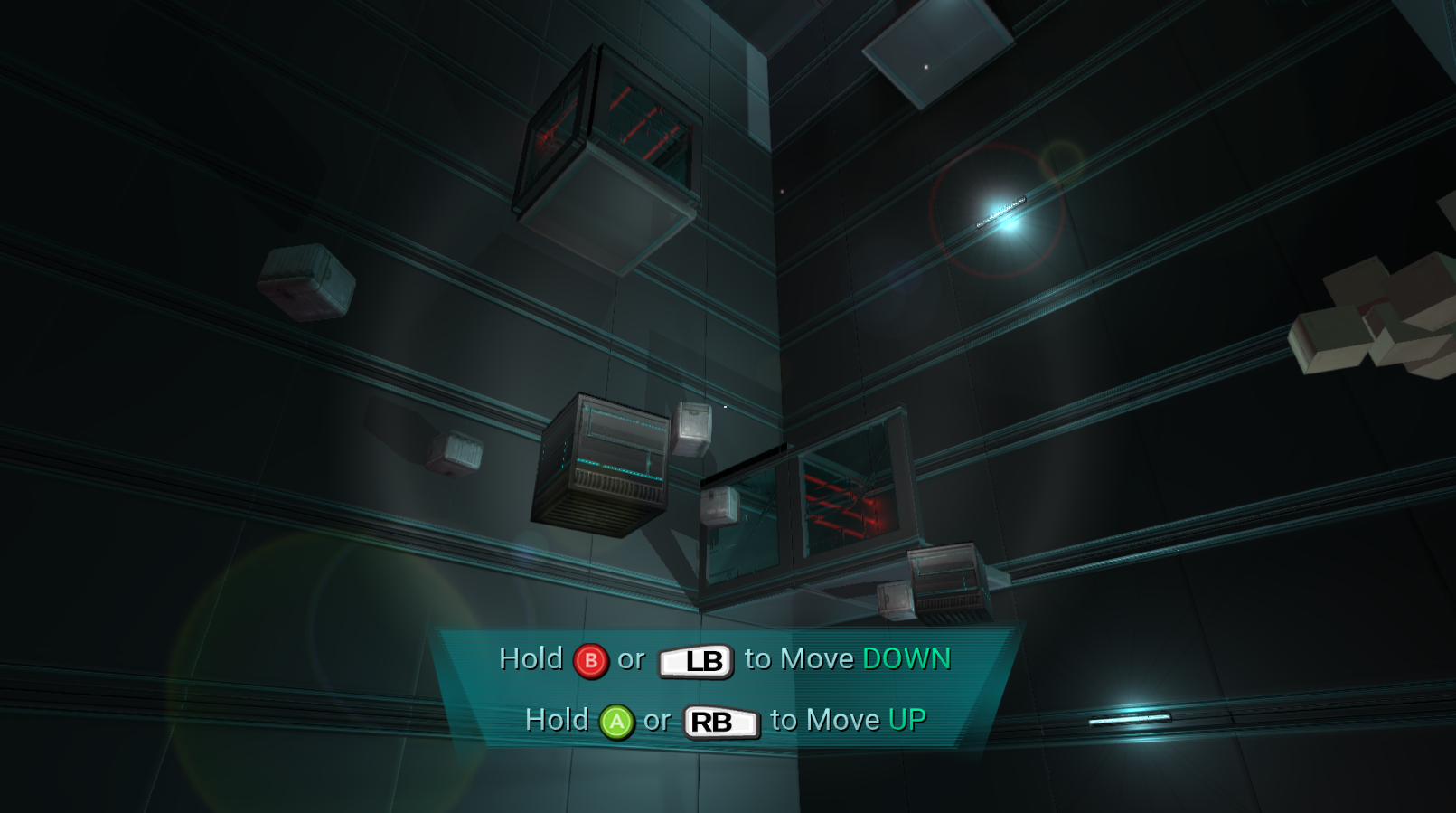 Note: Later on, we'll add support for the Steam Controller and various others.

Using a gamepad, the Jump/Jetpack buttons are now either

. The player can use either of these 2 buttons at anytime to Jump/Activate Jetpack.

In most circumstances, using

to jump is fine. However, using

button to use the Jetpack forces you to remove your right thumb from the right joystick... This is bad, since you cannot look around or change direction without interrupting jetpack thrust.

Instead, you can now use

for Jump/Jetpack, and keep both your thumbs on the gamepad's joysticks while using the jetpack. This makes it much easier to control!

We have been working on an interesting feature for Fractal Space on PC: The Upgrade System from Upgrade Terminals. These Upgrade Terminals allow the player to, for example, improve Taser capacity, movement speed, Jetpack duration, maximum Health, or unlock new abilities: 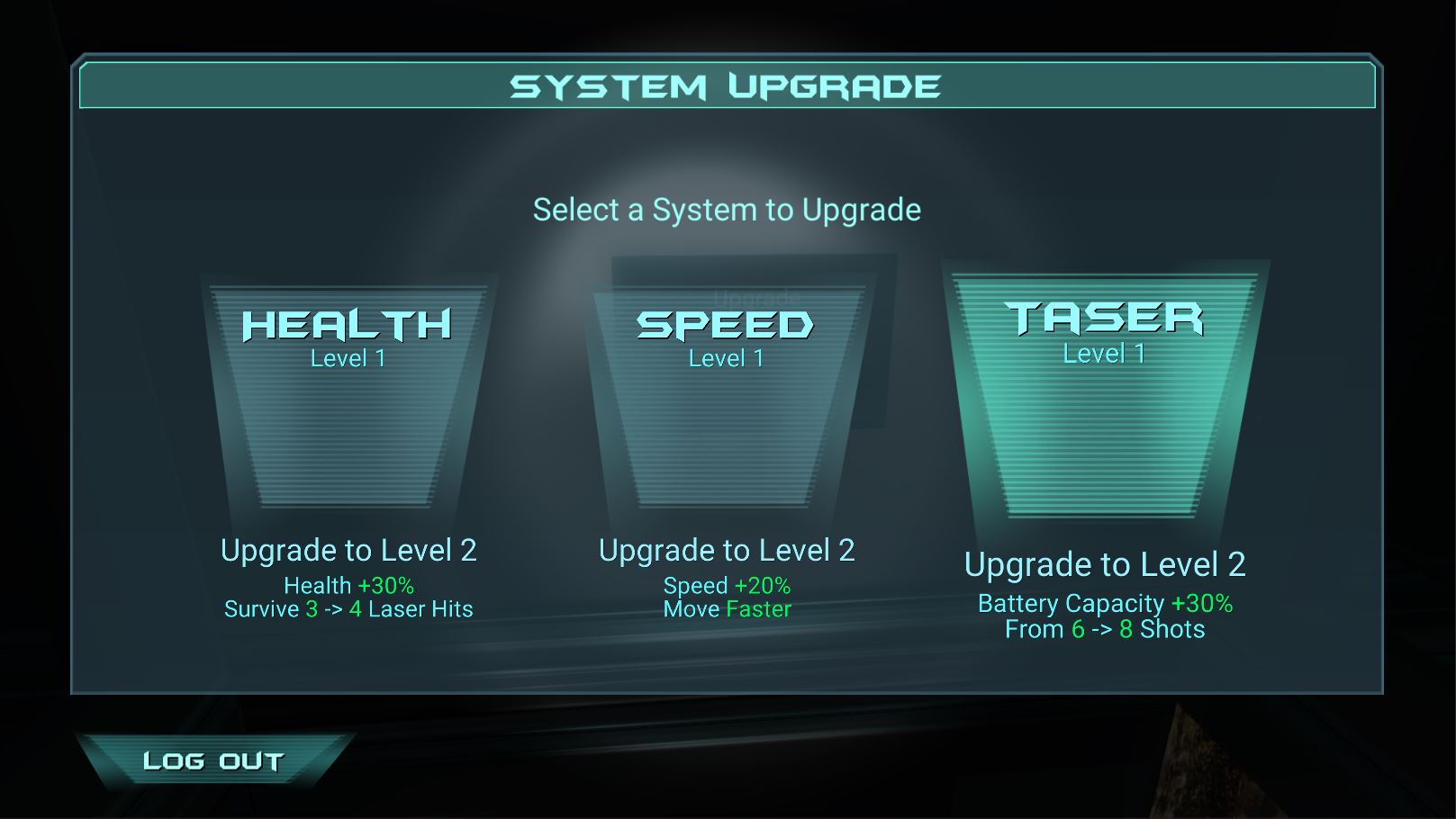 You can only select one type of upgrade out of 2 to 4 choices every time you encounter an Upgrade Terminal. They are not always easy to find (or reach). Upgrades being persistent from a playthrough to another we hope it improves replay value for a New Game+. As soon as an upgrade has been selected, the Upgrade Terminal is not longer available, you'll need to search for the other ones throughout the station if you want to upgrade more!

We will be adding the Sprint Ability to unlock from Upgrade Terminals very soon to the Pre-Alpha for current alpha players to test. This allows you to run much faster. We've been making sure it works nicely, both with and without controller.

The Focus Abilitiy is not yet ready for testing and will be introduced in Chapter 3, when it is ready for pre-alpha testers to play with. However, further work has been done on this feature to make sure it works well while in Zero-Gravity, and a few new rooms exploiting it have been created.

We are also working in parallel on the third chapter of the game, which will mainly exploit Zero-Gravity and introduce the Focus Abiltiy described above!

Here are a few screenshots of some of the new rooms of Chapter 2, and Chapter 3 Work In Progress! 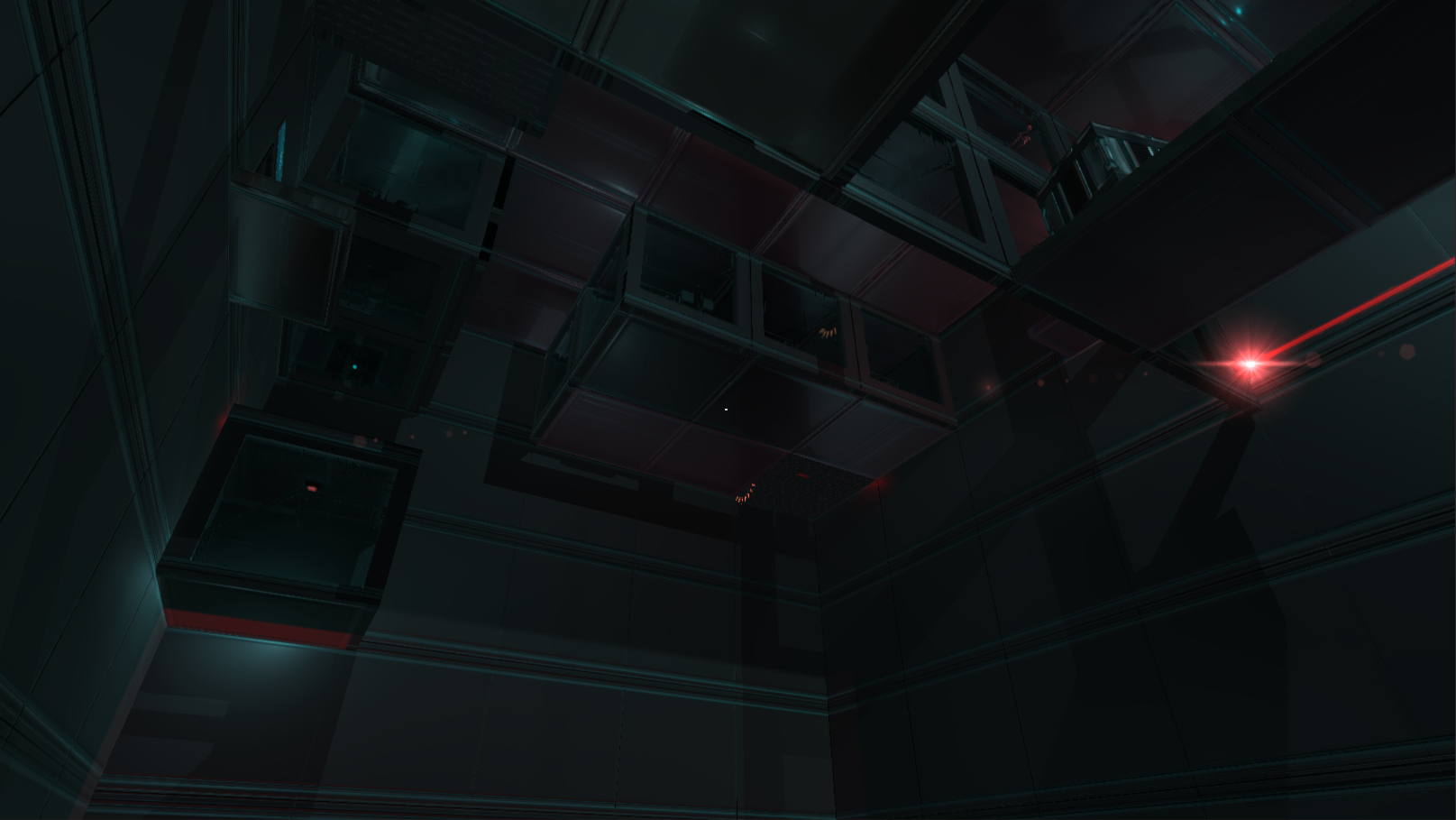 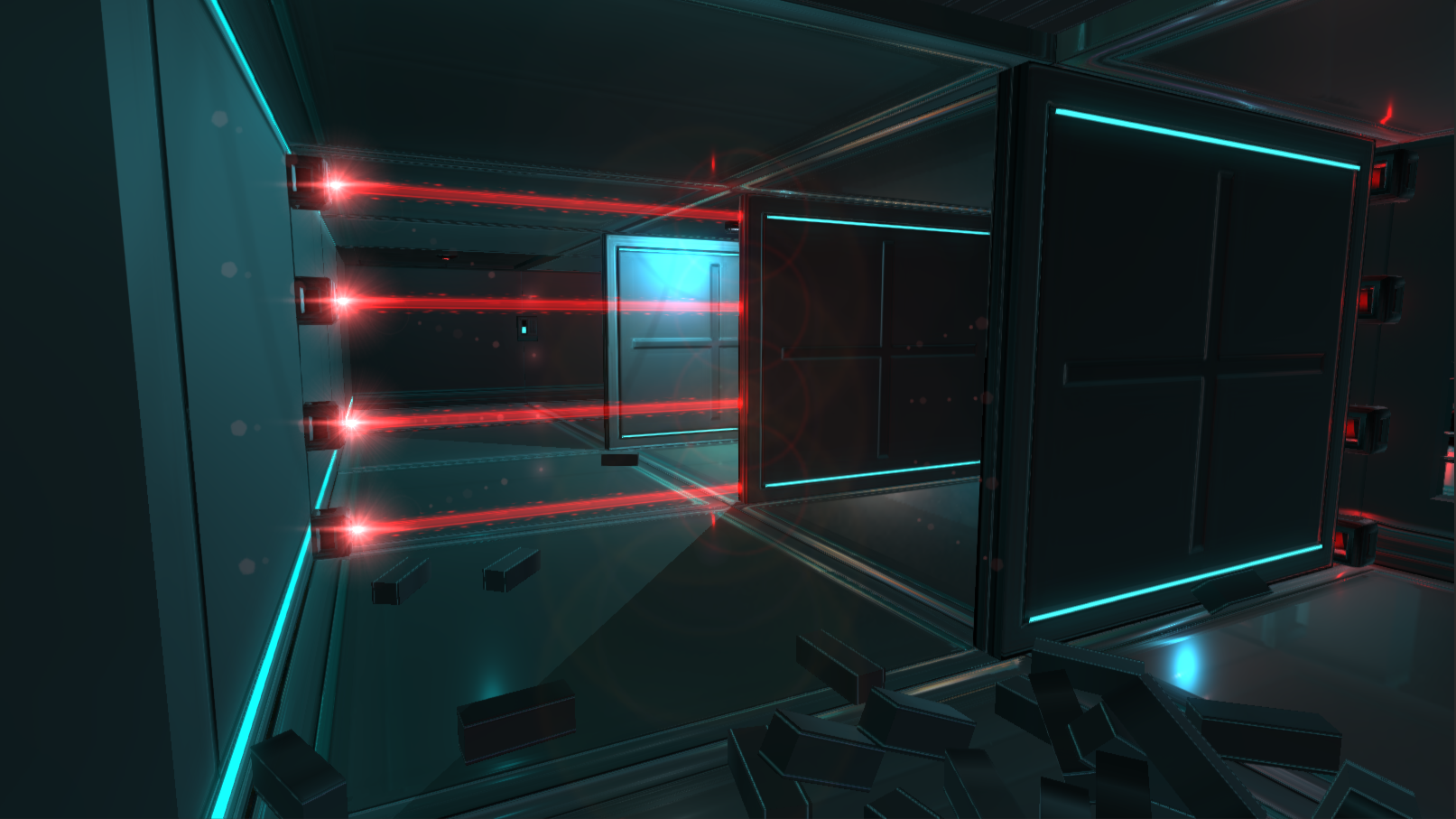 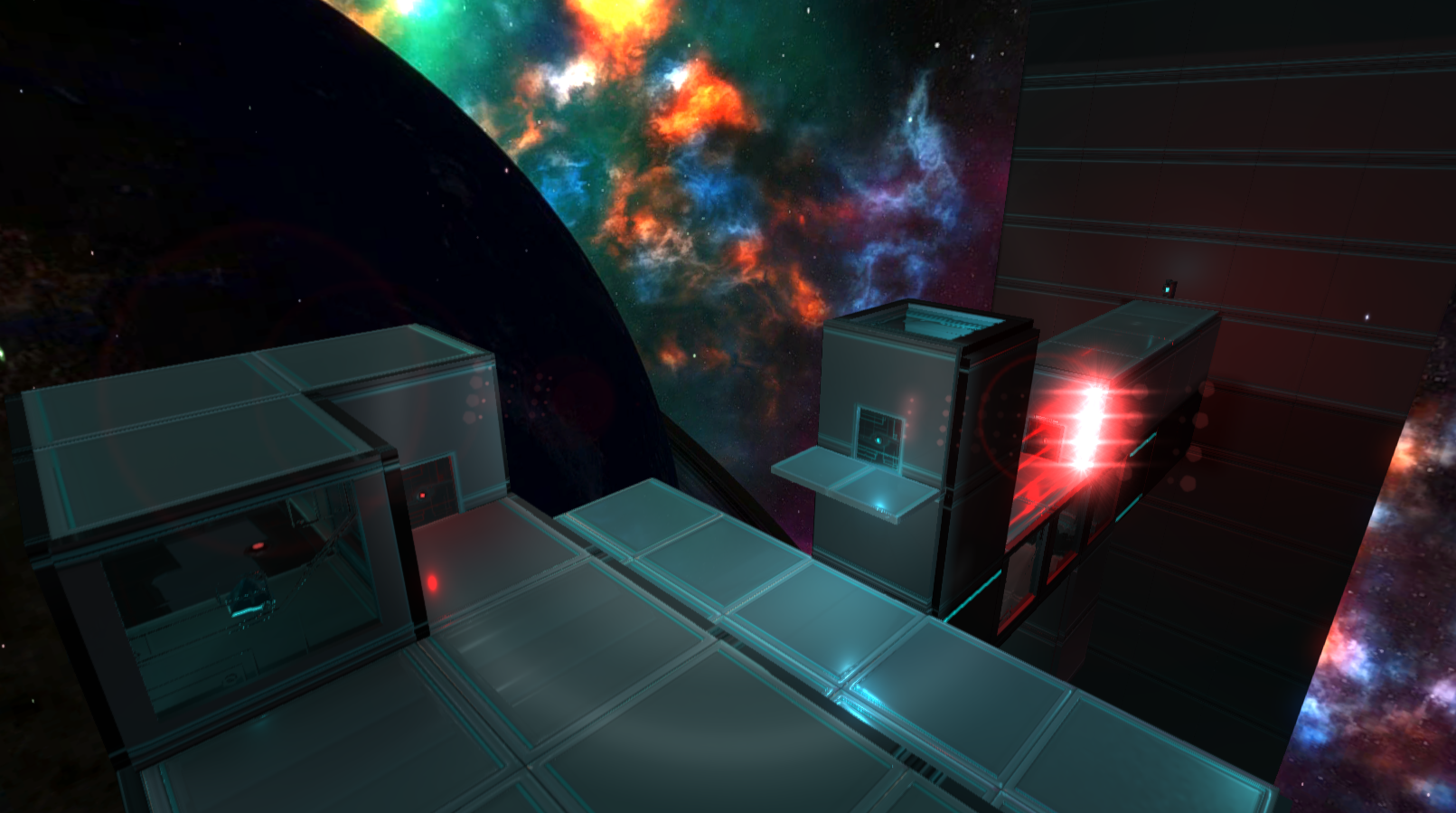 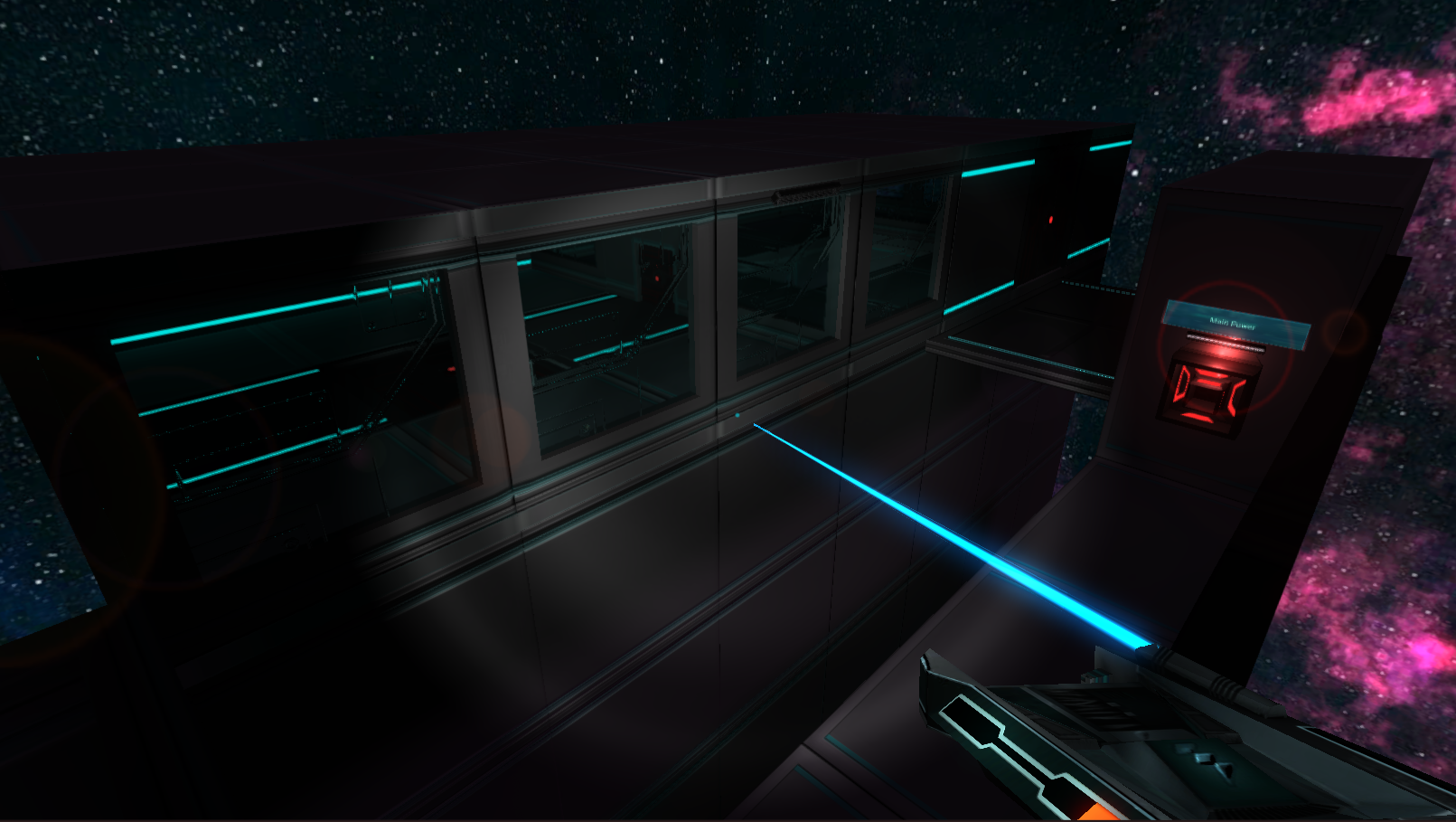 We hope you enjoyed reading us today, and we'll be back next month for more news! Have a great day, and happy gaming!

Charles and Amélie, from Haze Games