Thought I'd share some thoughts about an underlying issue I've always had with the game, which was the lack of a cohesive story. It caused a decent amount of anxiety as far as dev decisions were concerned. Thankfully that's in the past now.

I can't believe it's been almost two years since work began on Hevn. Granted the first year and a half was mostly dedicated to ramping up on game development skill, business and marketing, as well as prototyping. But it's pretty cool to see that a finish line is finally in sight, even though it wasn't always that way. Until recently, one major underlying issue that lingered was the lack of a cohesive story and setting. So for this post I thought I'd share some thoughts about this process, or lack of process as it were.

Who needs a story?

As mentioned above, the idea for an immersive first person sci-fi survival mystery game came about a couple years ago. The words (or qualities) I've underlined in the previous sentence were the initial pillars that the game would be built upon. It would feel immersive in a different setting, require some survival efforts, and provide a sense of mystery. I should also mention one other very important aspect and that is the game should evoke a desire for subtle vengeance. After all, the game is named after the Norwegian word "hevn" which translates to "revenge". In any case, at the time I had a pretty good idea of how the game should feel. But there wasn't a concrete story. 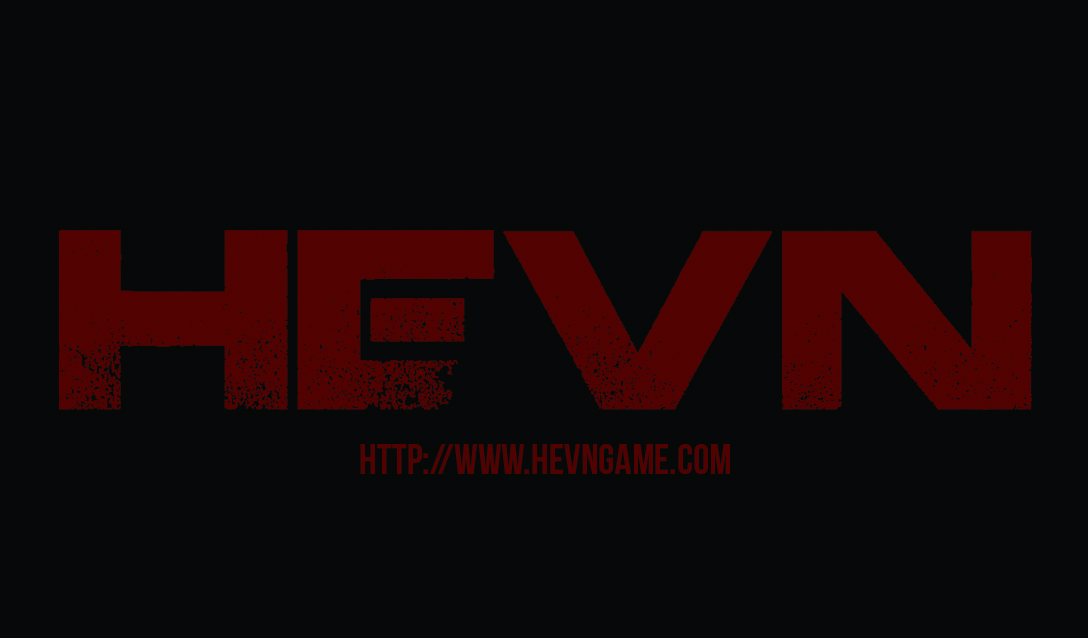 So why start developing a game without a story? Well, the thinking was that pre-building a world full of places and things would provide some inspiration organically. Maybe it would strike tomorrow or three months in the future, but it would definitely happen. I also happened to read an interesting article in gameinformer about various other games where the story was finalized or pivoted in the final months of development. So in my naivety, I concluded the lack of a story might not be all that much of an issue at first. I'd focus on developing some core systems and features, learn 3D modeling and texturing, and basically learn how to piece everything together in Unity. What I didn't realize was that a lack of story would bring about an underlying anxiety in a lot of the development decisions, especially since the team is quite small. I'd question whether I should model certain objects or implement certain features - worried they might not be relevant later and thus time would have been wasted. Regardless, once the development process started to yield visual and audible results, the ideas for a story starting coming in.

The first two prototyping phases spawned some really cool ideas. There were some interesting and challenging sci-fi ideas of which some revolved around black holes. Meanwhile other ideas were geared towards the paranormal - of which I thought could be interesting if handled in a unique way. Since we're an agile company, all of these ideas were added to the icebox/backlog, or work queue, by splitting the technical features that could be reused in other ways away from the basic idea-related features. As an example, for the paranormal idea, I developed a random event system that could generate 12 different paranormal events such as flickering random nearby lights around the player or knocking random books or objects off of shelves. Thankfully we were able to salvage the event system, but the actual paranormal entities and their reason for being were ultimately dropped for reasons I'll discuss in a bit. Also the flickering lights are still there not only for general ambience, but they happen to fit the setting. By the way, there are some images of the early prototypes of the game here: Imgur.com 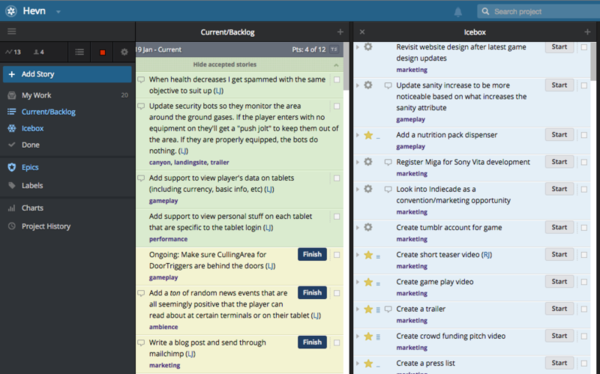 By the time the third prototyping phase kicked in (the third phase basically morphed into the final) we had a huge list of cool things that the player should experience at various points in time. Everything was entered and tracked in Pivotal Tracker. We had black holes, ghosts, big corporations, creatures, NPCs, lots of robots, vehicles, narration, and a ton of other features. Talk about scope creep. Instead of being inspired, it was kind of exhausting. I guess two years of working on one thing can do that!

About two weeks ago the unexpected happened. I was struggling with implementing yet another feature, which happened to be narration, and I kept running into thoughts such as "what is this for again?" or "this is way out of scope" or even "this isn't what I envisioned". I started to have real doubts and questioned everything. All of these thoughts kept me up for several nights. I probably slept a total of 15 hours that week. Then one night at 4:30am I happened to get up to tend to my dog for a few minutes. After laying back down to try to fall asleep, the miraculous happened. Very specific ideas about the story for Hevn started funneling in. Ideas about every object I had modeled up to that point started to have a true reason for existence in the game. 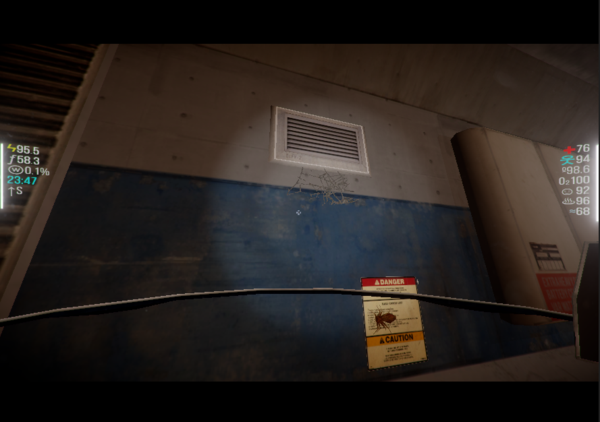 The best analogy I can think of is a spiderweb. The first few ideas were the anchors for the spiderweb. Then as more ideas came in, the web started to grow. But more importantly, the nodes in the web were linking directly to other nodes. Even new ideas started to fit easily. I even tried to think of things in the game that I thought would need to be removed, and sure enough they could be linked to other nodes in the web as well. With the adrenaline rush going, I finally used the voice recorder on my phone and rambled off 30+ minutes of ideas.

The next day I excitedly shared this epiphany with the team in our daily "stand up" session. More ideas came about, but they all seemed to fit well and were within scope. The game started to feel more like a hard sci-fi game, built on three essential pillars: story and setting, psychology, and survival. I'll admit that it would have been great to come upon the story in a different way, but I'll take any luck I can get. 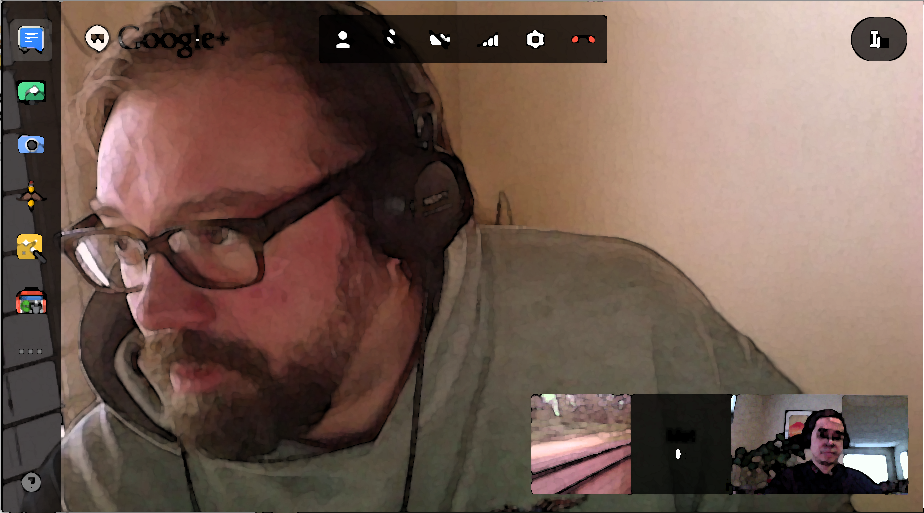 There was a tangible result to this as well. In terms of planning the previous code completion date according to our project in Pivotal Tracker was approximately March 2016. But after locking the story down with the team, I was able to clean up our project and now code completion is closer to June 2015.

There's still a lot of work to do though. And heck, the story might not even be that good! But I think most important is that all development efforts can be laser focused now. And fortunately all the work that happened over the past two years still matters and is being used to finish the game. We'll definitely do our best to make it enjoyable and fun!

Thanks for reading - and until next time,

Thanks for sharing! This post actually reminded me of something zero punctuation have mentioned when reviewing Dark Souls:"Sometimes you can obviously tell that the game is done by building the environment first and figure out how you get around it second". It seems like a fun approach, I hope you guys get benefits for going by this method.

Well that's quite encouraging to hear. Definitely hope it's not too noticeable to be a distraction (guess that's part of the process). And thanks for sharing that - DS is still one of my favs.