FHSW 0.552 is here with a lot of new secret and regular Weapons of WWII at Sea, Land and Air. Also a new level bombing mechanic is introduced.


After a long wait the FHSW devs have finally released version 0.552. There was also 0.55 and 0.551 but I skipped them because they were very buggy and laggy and the devs said they would release a bugfix very soon. 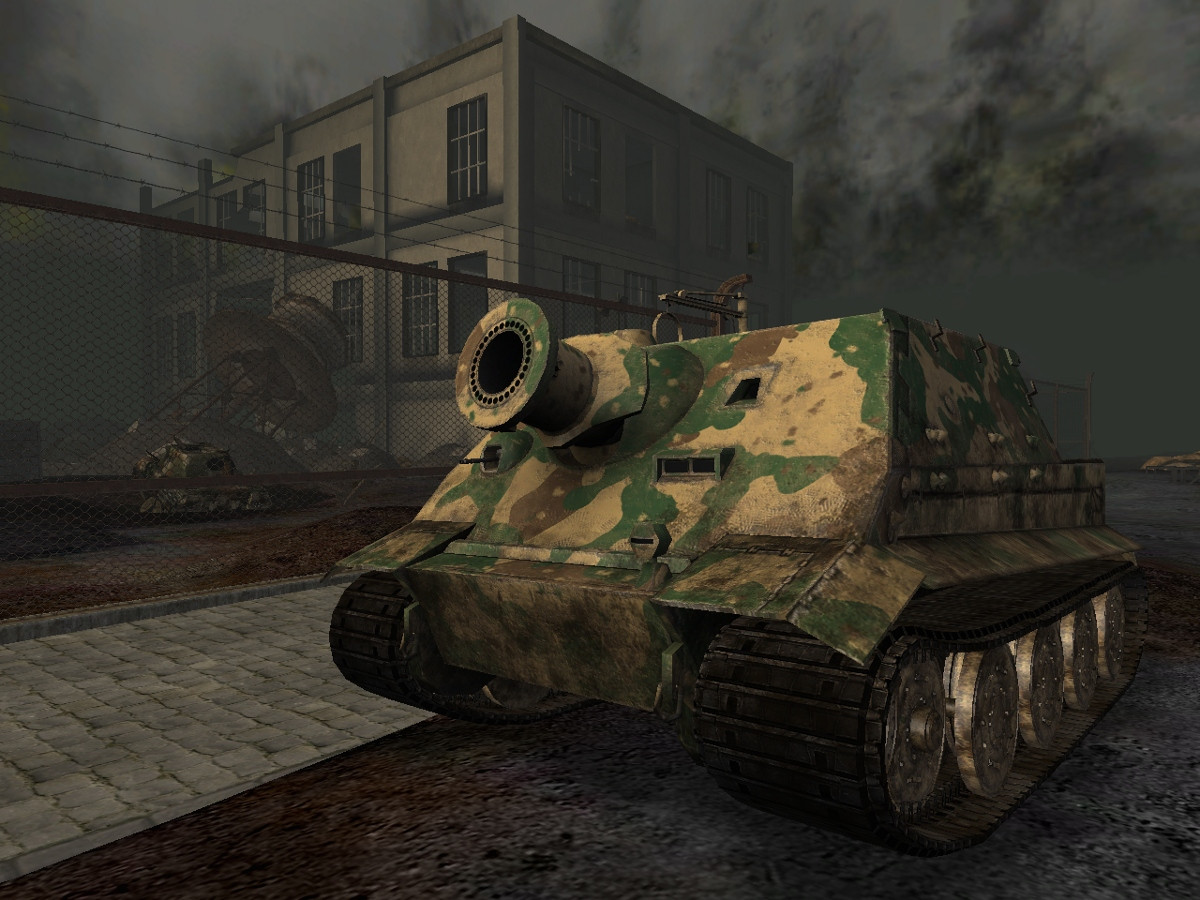 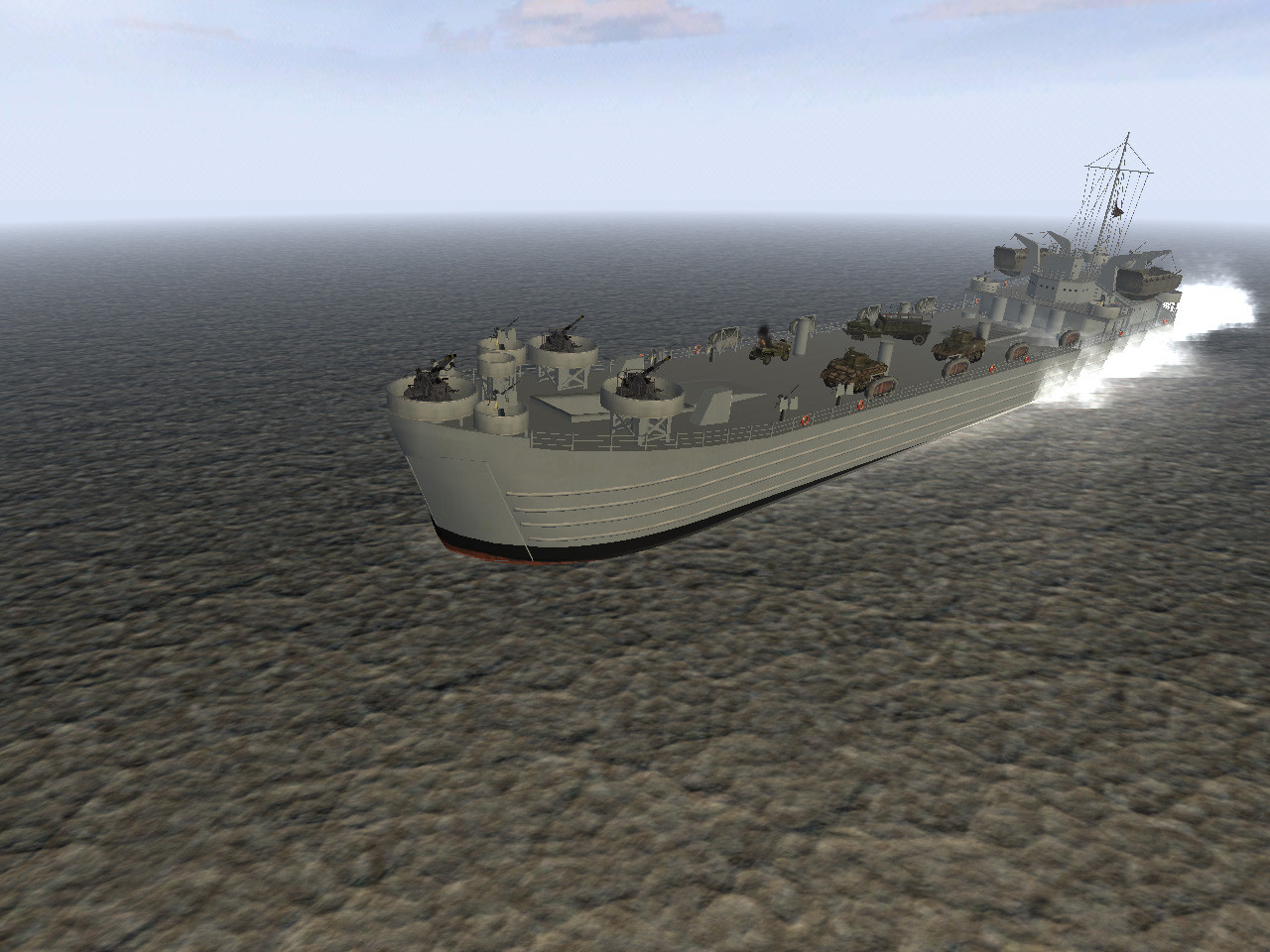 I'll list all the news since the last release to give you an quick overview of what has been added:

But there are also a lot of things added which haven't been mentioned in any news yet or we didn't cover properly on moddb like the new Panzer II late variants or Japanese tankettes. Also see the pictures below for some examples.

(thanks to MinefieldJoe for the translation) 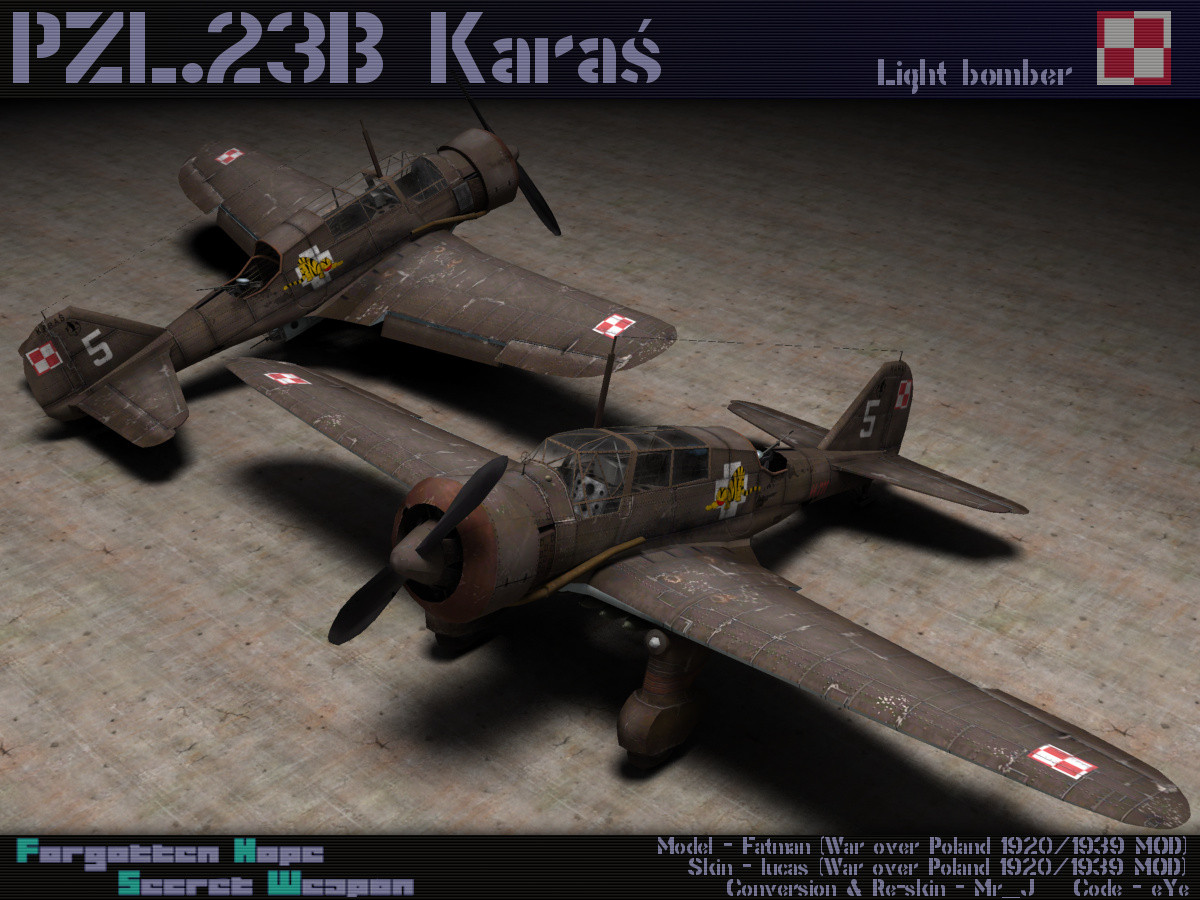 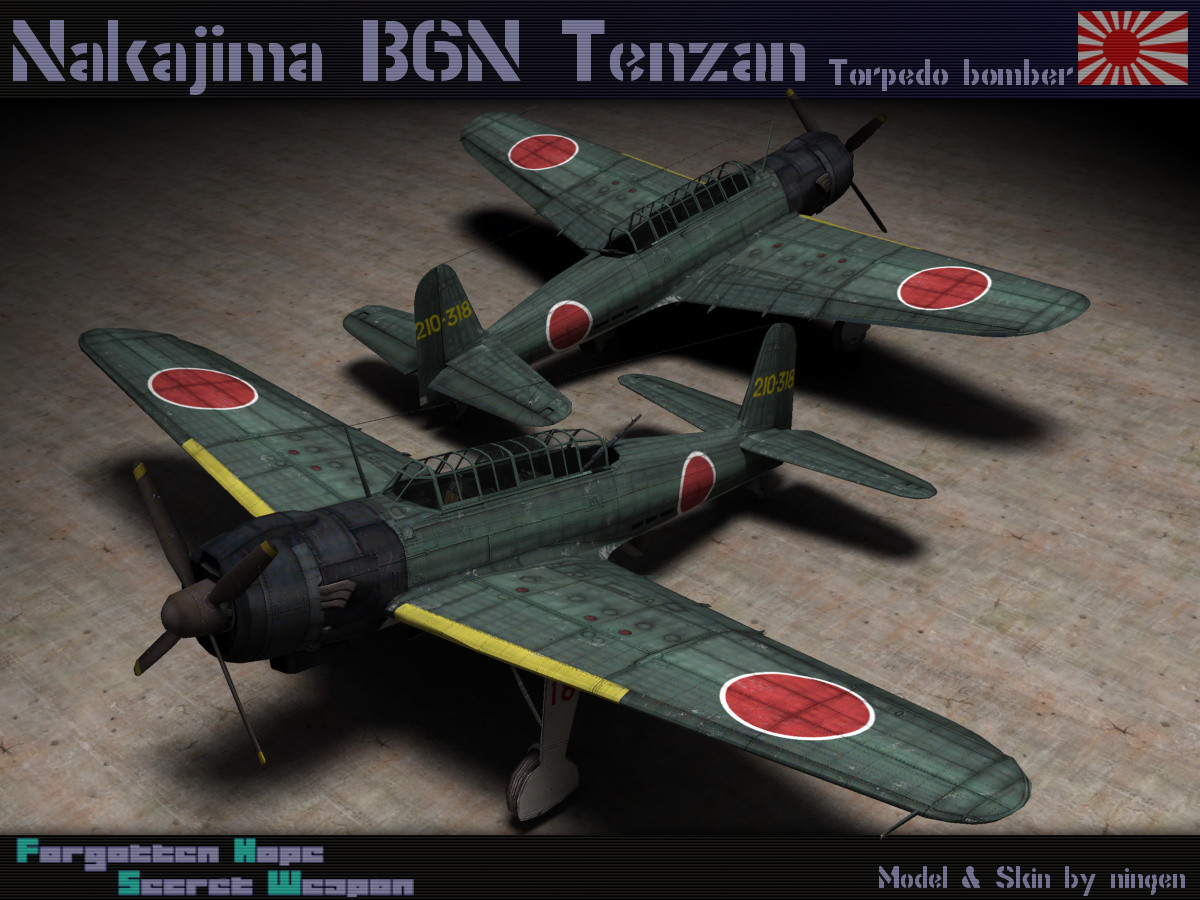 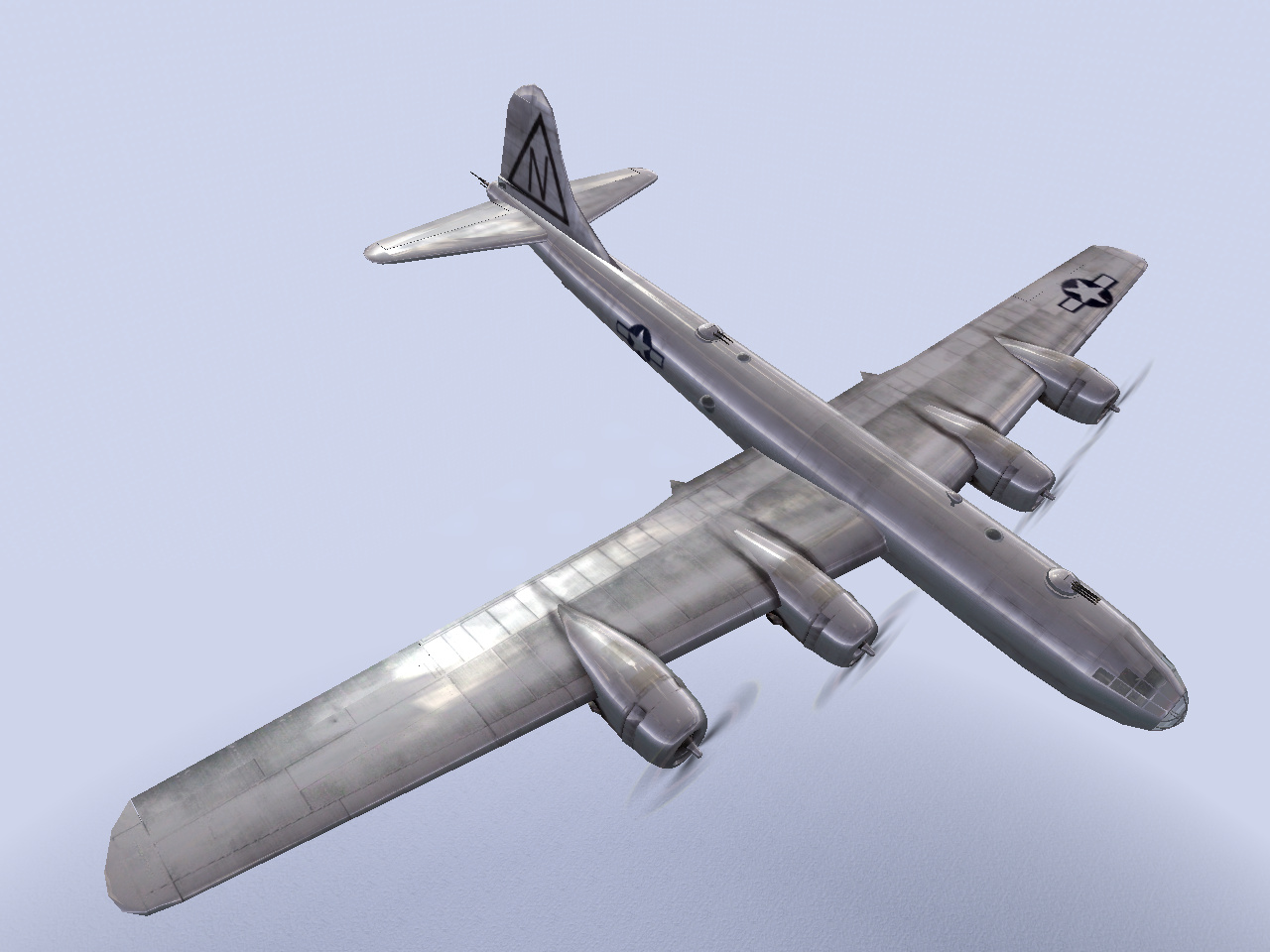 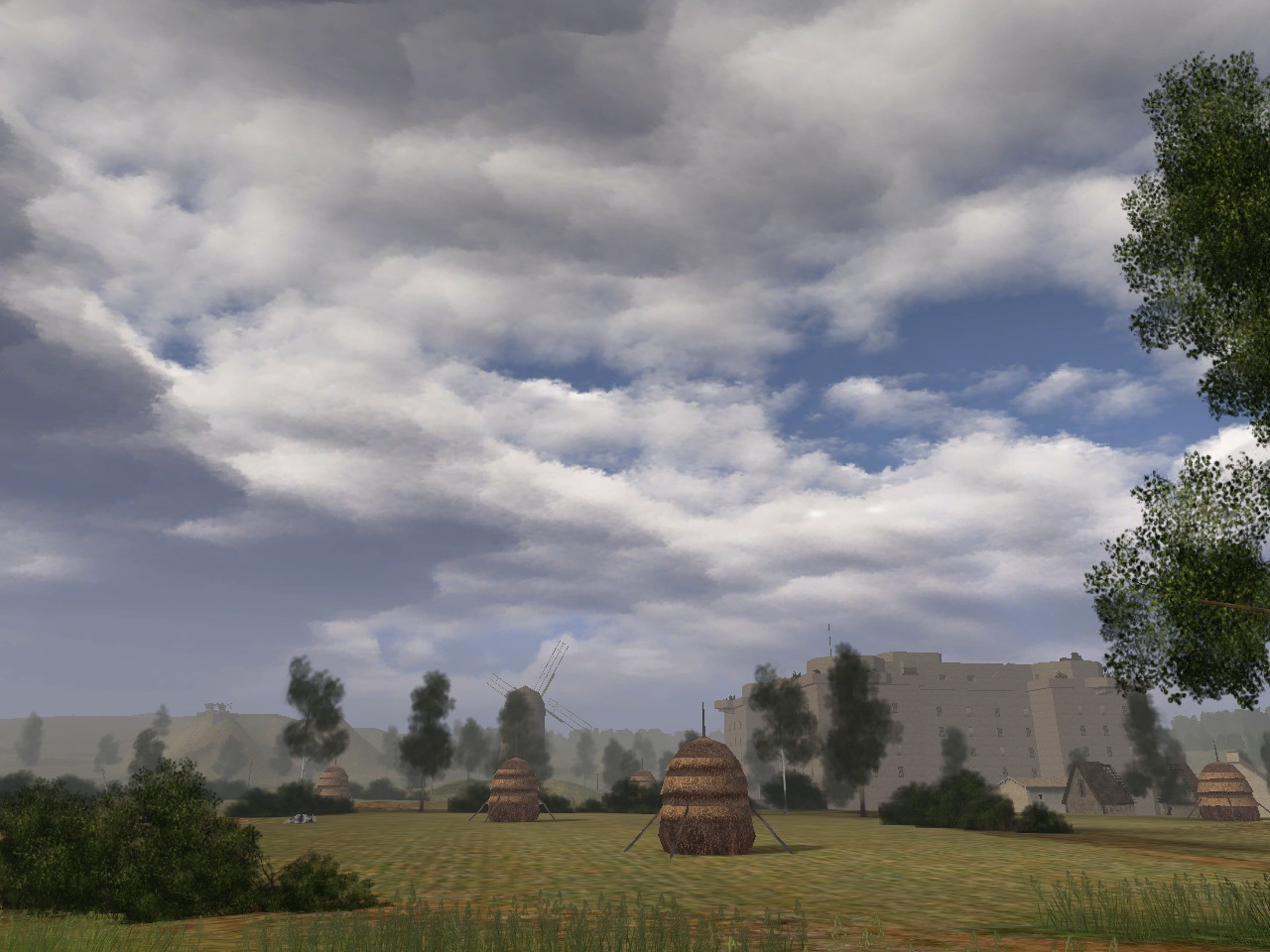 One huge gamplay related addition is the new bombing sight which allows proper level bombing for heavy bombers. On the minimap you can see two new icons which show the current position of your plane (reticle) in relation to the horizon (half blue/black circle). 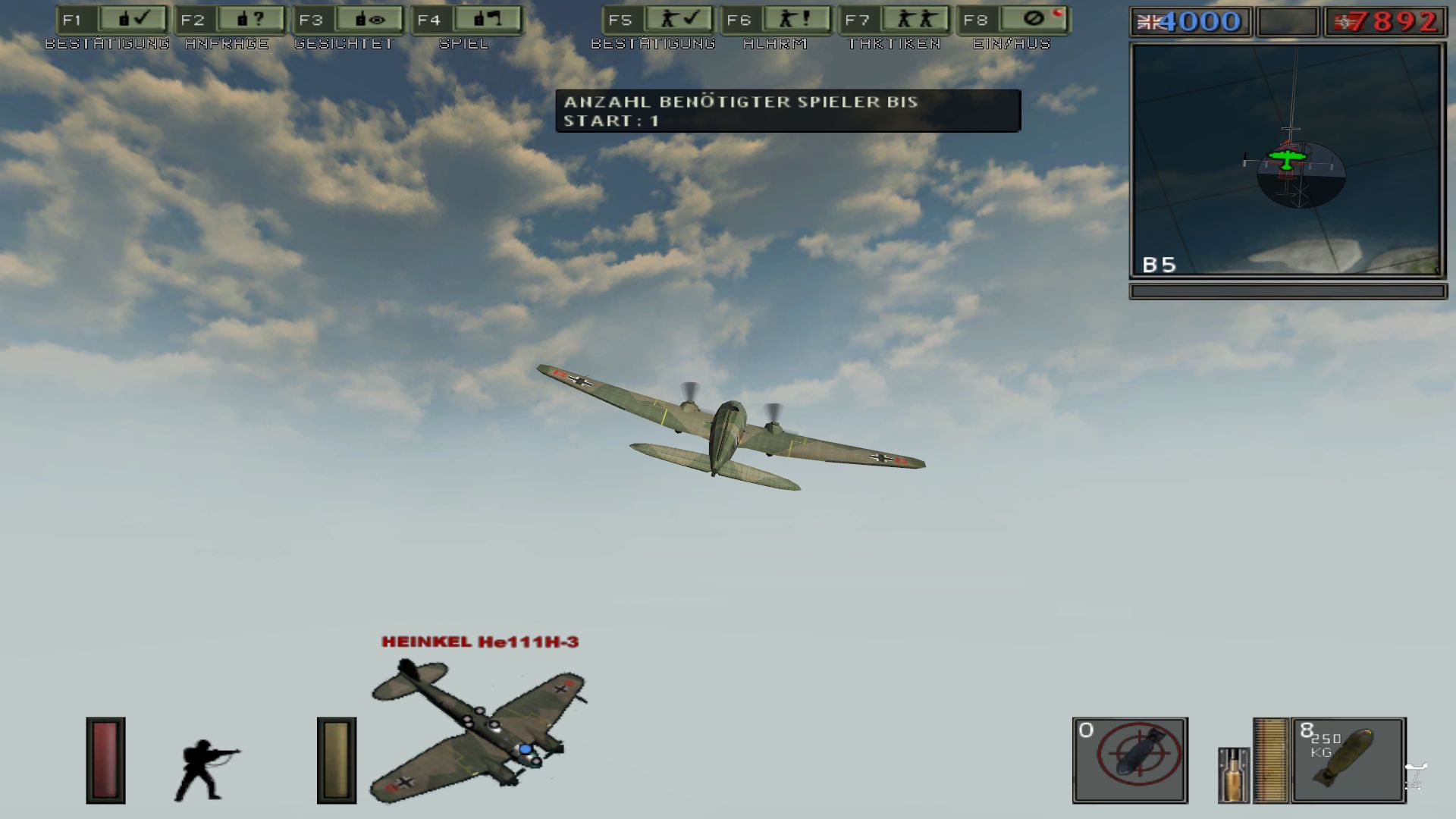 If you go for a bombing run both indicators you have to be aligned which means your plane flies level. 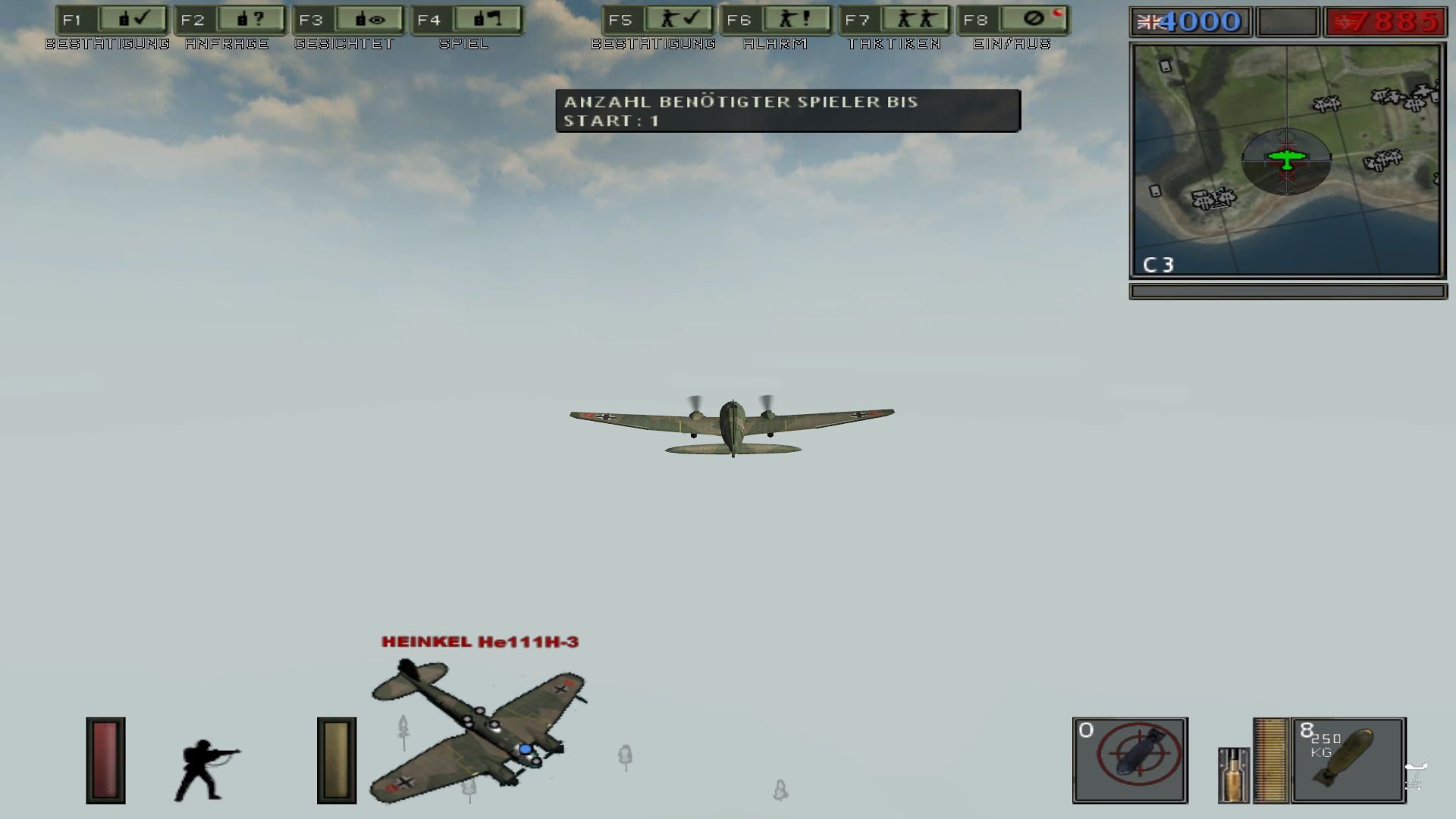 Use then the bombing sight (left mouse click) to aim at your target. The center of the reticle is where the bombs will approximately hit. 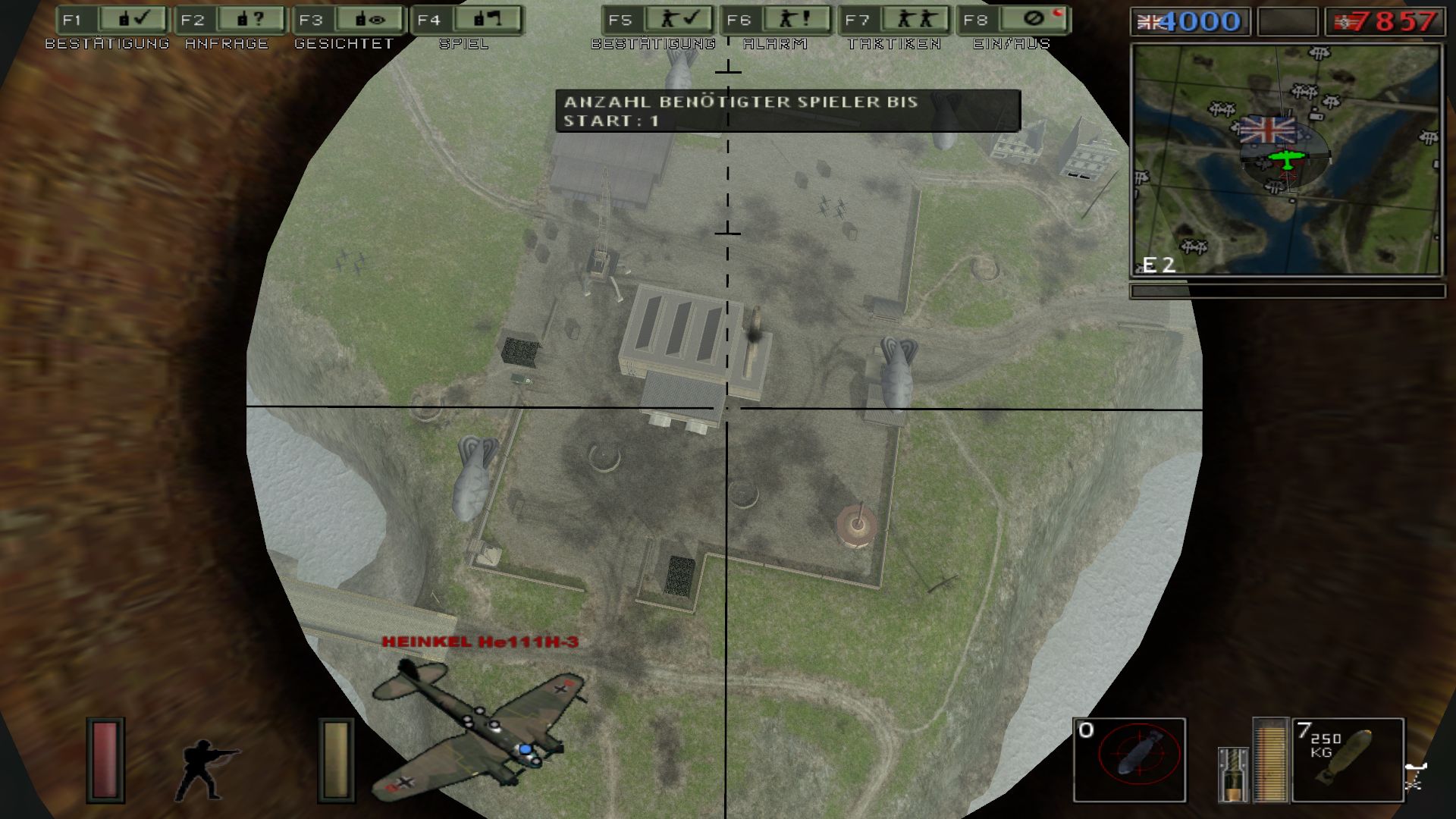 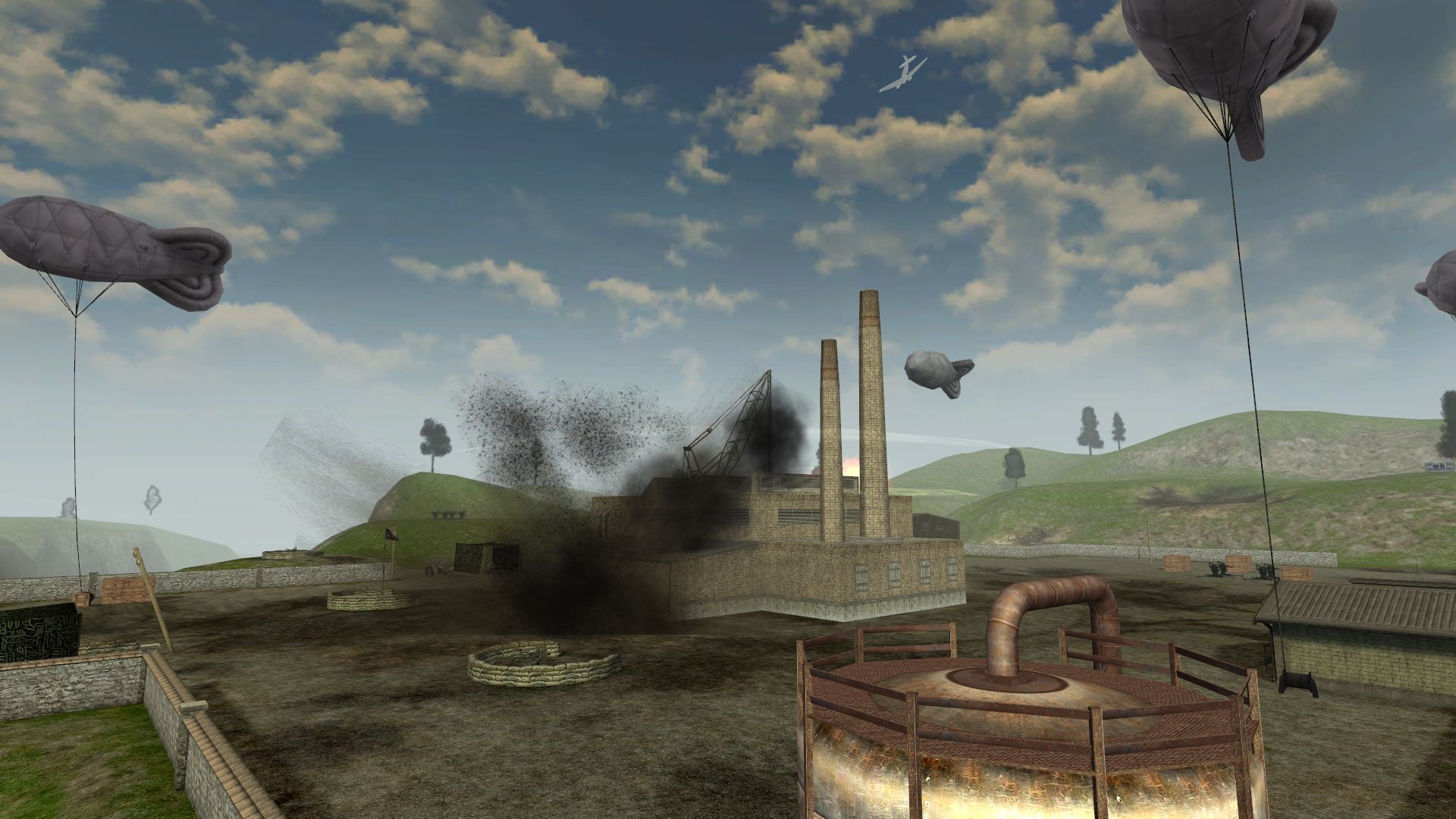 Be aware that bombers with this new bomb sight can't be used as dive bomber anymore. Because of a built-in game mechanic you'll always miss the target. Practice and stay over the clouds! Then flak and fighters will have a hard time shooting you down.

In short, you need:

As you've probably heard Gamespy shut down the online support for BF1942 which means either your game locks up or it doesn't show any servers when updating the in-game server browser. But as always the community puts EA to shame and within days a solution was available, huge thanks to the creator s[sk]. I included the fix into the FHSW installer so no additional steps are required to play online. Go to here if you want some information about the changes he did.

As you might or might not know FHSW is a pure multiplayer mod, the game crashes if you try to play singleplayer. There are two servers but you'll only see players on them on specific times.

The European server hosts events regularly with a lot of people participating the next one is right around the corner, see you there! To avoid any timezone confusion use this timer as reference: 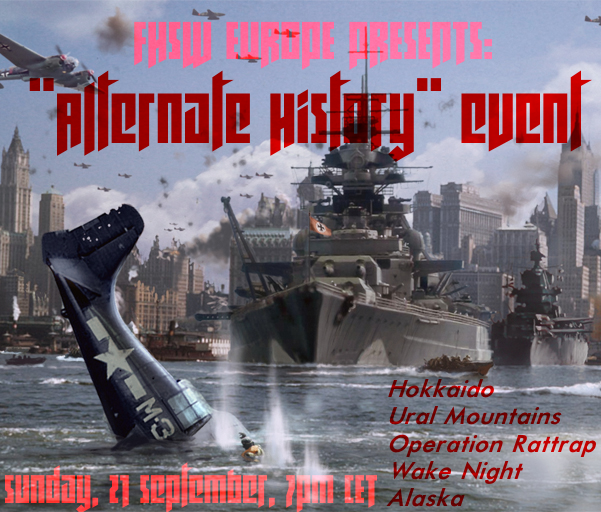 Alternatively there's the Japanese server which is always full at about 8pm Japanese time. Be aware that you'll get kicked with a high ping which you usually have when connecting from Europe or the America East.

Good that this is out now, I was worried about having to look at vehicles with transparent parts in .551 for very long.

Because of the Gamespy shutdown it's no longer on Origin sadly. But there's help: Try the first link in the installation guide: Moddb.com

But if anyone uninstall it, he/she can still reinstall 'cause it's in the library (list of games for Steam. For Origin, I didn't remember.)

developers, where have you been 2000/2002 ? :(
now everyone playing latest battlefield games
for me EA games did not appreciative of value this game, there s very big aspects different with games today, simply for example; there is no useable ships and planes, they went to make small maps and land warfare only (like call of duty style) "run and die" this is not meaning of war, you use everything to engage enemy everywhere in real... nevermind no one cares anyway, lets jut say long dead games having good time with mods :)

Did the FH 0.7 community ever make a workaround for the shutdown?

Is FH:SW still being 'censored' and blocked by those a**holes running the 0.7 community? Because when I played it last time it REALLY annoyed me how FH 0.7 had like two full servers daily but FH:SW which is just much, much better had none unless you played on the Japanese ones at 06:00 AM GMT, and talking about FH:SW got you perma-banned.

About Gamespy, this is mentioned in the article:
As you've probably heard Gamespy shut down the online support for BF1942 which means either your game locks up or it doesn't show any servers when updating the in-game server browser. But as always the community puts EA to shame and within days a solution was available, huge thanks to the creator s[sk]. I included the fix into the FHSW installer so no additional steps are required to play online. Go to here if you want some information about the changes he did.

Regarding your second question: do you mean Pixel-Fighter? Yeah, it still all the same.

I assumed FH:SW had a workaround since there's a new patch out... I can't see any servers though. Is no-one hosting at the moment or am I being slightly retarded?

Never mind I found it. I was just being slightly retarded...

Where did you find it? I guess I`m the one who is slightly retarded as i cant find it. And playing on mp maps alone is kinda boring.

Huh interesting that people are still working on this, used to love BF1942 back in the day. I highly doubt you will, but if the bots were ever fixed, I'd definitely give it a try.

Just curious, what's the purpose of the zeppelins "on string" in the screenshot?

They were intended to defend against dive bombers, if a balloon is in your way you obviously can't dive bomb there. :)

How would you patch 0.51 to the latest version? I cant find anything on it.

There's no patch available, you have to download 0.552 Full.

Hi, i have a problem. I have the version 0.51 of FHSW, i can patch 0.51 to 0.552? Or i need to download another time the Forgotten Hope 0.7? And another question, in my folder of mods, i dont see this folder STFHSW, so... if i dont have him.. Is a problem? Sorry for that.. but my own question is, i need to download the fh 0.7 another time and late the fhsw 0.552 or i can download the 0.552? I have all in my mods, Forgotten Hope and Forgotten Hope Secret Weapons, Thanks you for read this and sorry for my english

If you have Forgotten Hope 0.7 you don't have to download it again. You also don't need STFHSW, just download FH 0.7 Mappack and FHSW 0.552.

This is amazing, love to see this mod is still looking as active and great as ever. The new bombing system looks great and super work on new models.