A rundown of the second faction in Ascendancy, the more obscure Empire of the Hand, including their fleet compositions, history, and general tactics.

...History...
"There are a hundred different threats out there that would freeze your blood if you knew about them." - Stent

The Empire of the Hand was established by the Chiss Grand Admiral Thrawn during his time in exile from the Empire, as part of an arrangement between himself and Emperor Palpatine. The purpose of the shadow empire was to establish the first defenses of the galaxy against the Yuuzhan Vong invasion in the Unknown Regions. Supplies and personel were funelled to the organization by the Empire and the Chiss Ascendancy, leading to a joint administration by Chiss and Imperials. Thrawn eventually left the Hand in order to take control of the Imperial fleet and recover the worlds lost to the New Republic, ultimately resulting in his death. Voss Parck, Soontir Fel and Stent then became the de facto leaders of the Empire of the Hand, and lead it during the following period of expansion, leaving it with several times the territory of the Imperial Remnant by 19ABY. During the Vong War it lost contact with the New Republic and Imperial Remnant, with Chiss officials insisting it had dissolved, although it would later re-emerge under the command of Jagged Fel. 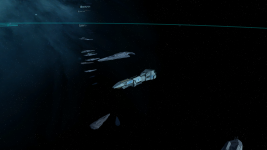 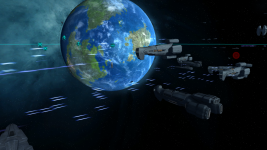 ...Playstyle...
"The Empire that Senior Captain Thrawn is carving into the evil that pervades our worlds is not the Empire you chose to leave.
His is an Empire of justice and dignity for all beings." - Vaantaar

The territory comprising the Empire of the Hand was largely made by voluntary coalition between Thrawn's forces and locals, as well as territory Thrawn liberated from pirate groups. As such, while it still maintains some of its Imperial character, it lacks the xenophobia of the Empire proper. One of the key advantages of the Empire of the Hand is their ability to gather intelligence about the positions and movements of enemy fleets. While it doesn't rely as extensively on culture as the New Republic, it is able to more effectively spread than that of the Remnant, although it therefore doesn't gain the same advantages from civilian repression. 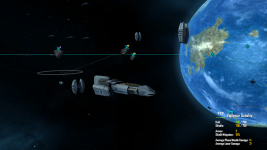 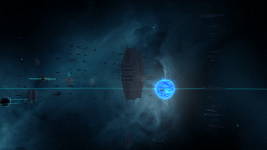 "You're being granted an honor, Admiral. You're the first to behold a secret finally come to light.
You're looking at the vanguard of the Empire of the Hand." - Jag Fel

The Empire of the Hand is heavily focused on fast movement and strong defenses, both tactically and strategically. Their ships sacrifice some firepower for strong defense and quick movement, including tactical microjumps and the ability to research quicker hyperspace travel. And while their planets are less directly fortified, they can build more defensive infrastructure than other factions, and have access to the most powerful defensive structures in the mod. 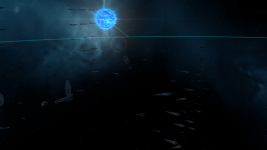 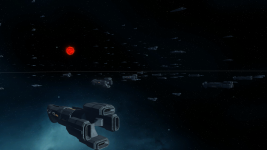 like Kevin replied I'm surprised that a mother able to get paid $5889 in four weeks on the internet. have you read this web site... can99.ℂ­om

What a convincing spambot! You're so on topic I almost didn't realise you're completely irrelevant to the news post! Whoever programmed this should be given a medal. I'm sure Kevin feels like a proper fool for providing you cover.

Wow, cool. I may end up playing as these guys a lot, their play style fits me fairly well. Well from what I've read anyway. Awesome job guys I'm really excited for the eventual release.

Cant wait to play this faction, probably first I will play when its released

Is this faction not going to have a titan??