Post news RSS Extending Half-Life beyond possible: XDM is back!

The X-Half-Life: Deathmatch modification is about to be updated, testing started!

After another few years of (casual) work, XDM is back in very good shape!
It's quite stable, and quite fun to play (confirmed by summer lan-party testing). List of game rules include: free for all, teamplay, capture the thing, domination, and...
Suddenly, co-operative appears! Not very complete at this precise moment, but more than just playable. With bots (which are a little bit more intelligent... and lethal by now)! 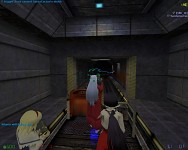 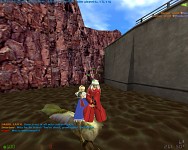 Main difference from other mods is: XDM doesn't need special maps or offline map copying or patching - everything is done by small scripts or the code itself.

Also, XDM is now not only multiplayer, but a good single-player platform, featuring full Half-Life and basic Spirit of Half-Life compatibility. 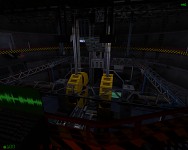 Still no questline, but I guess it's not that important right now (^_^). Anyway, author of The Monorail Quest proposed cooperation in mapping, so there are some different possibilities...

Change log of recent testing release (once in 3 months):


Some technical details: XDM modular engine now detects Half-Life protocol version or even Xash3D and tunes itself accordingly - the only thing XDM cannot be ran under is HL1015- :)
Player model format was not changed (there were some requests for additional animations and blending) so your hundreds of HL DM models will be put to good use!
As usual, more screenshots and updates @official site

Too bad that HL1 multiplayer scene is dead.

It's not, there's a crapton of hl1 servers filled with players, look it up.