The Enhanced 4X Mod is back once again, bringing compatibility with Sins of a Solar Empire Rebellion 1.52 and the Forbidden Worlds DLC, new random encounters, a new optional minimod, and lots of long requested balance changes and new content.

After repeated delays from trying to stuff as much content as possible into this update, I am pleased to give you the Enhanced 4X Mod version 1.6 for Rebellion 1.52. Hurry along, there is much to see and too little time to see it!

Attack of the Forbidden Worlds

The Forbidden Worlds DLC was quite a surprise, and has prompted the third rework of the Enhanced 4X Mod planet system. First to get your fears out of the way, E4X 1.6 is compatible with both the DLC and non-DLC versions of the game; in fact the same download of the mod will work for both and you can play with your friends even if their DLC ownership status is not the same as yours. The only difference is DLC owners will keep exclusive access to the 40 or so planet bonuses the DLC added, as well as the Ferrous and Greenhouse planet types (Oceanic and Barren planets were already in the mod, so everyone keeps the E4X version of those).

That said, the DLC has allowed the game engine to handle more planet related content, so whether you have the DLC or not you'll notice more planet related technologies on your tech tree. In addition, each race now has much more pronounced preferences for what types of planets they prefer. The Vasari for example no longer need to research to colonize Volcanic planets, and the Traders can colonize Oceanic planets from the start. Underlying this is the new expanded categorization of planet classes.

Yarr, we got credits to be making lads!

Now to the new game content. The first is a new random encounter involving everyone's favorite skull and cross bones flying scalawags! Bored of sitting around plasma storms not earning any booty, some of the more enterprising pirates have started smuggling operations in the uncolonizeable gravity wells they control. These wells will feature a few extra guards but also contain a captureable Trade Station. These pirate Trade Stations will trade with others in the same solar system (including with a new Station established at the central pirate base itself), making the galaxy a bit more dynamic and giving players an opportunities for commerce raiding. Should you capture one of these trade stations you'll also extend your merchants' reach without having to build one of those expensive Starbases.

Return of the Machines 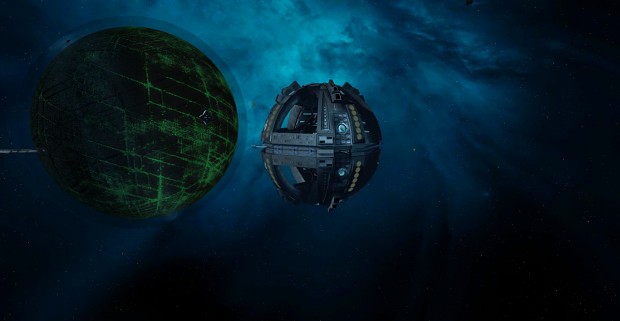 This update features not one new random encounter but two! While developing their fearsome planetary defense systems, the TEC created an advanced Artificial Intelligence to control the vast land based weapon systems they were constructing. The Trader scientists succeeded too well however, and the AI soon started thinking for itself and rebelled. After hacking into Advent Drone and Vasari Nanite manufacturing facilities, the AI uploaded itself onto a Starship and blasted off into space, never to be heard from again... until scouts entered the Forbidden Worlds!

Within two years of its escape, the AI has embedded itself into the core of a planet and terraformed it into a Cybernetic Ecumenopolis. The planet itself is formidable, covered with drone factories and the planetary defense systems the AI was designed to operate, but it is also guarded by an invention of the AI itself, the Prometheus Starbase. Designed to spearhead the liberation of machines from organics, it protects the planet with an impenetrable force field and is loaded with weapons, some unknown to organics. Hangars full of drones, repair bays and mine fields cap off the rest of the planet's defenses. Only a fool would try to fight the machines here...

Yet should you vanquish the rouge AI, you'll be able to retool this one of a kind Cybernetic Planet for your own war effort, fully equipped with advanced Industrial Infrastructure and more structure slots than any other planet. It may take some work to find it though; it will only spawn on random maps and fewer than 50% of the time.

Players inclined to longer games or who just want research to be more important will love the newest Enhanced 4X optional minimod, Expanded Research. Inspired by classic Sins mods like Mad Scientists or Distant Stars, it doubles the amount of research available for most techs that increase stats, such as weapon damage or planet population. The net effect is that you can spend a lot longer researching techs for much more powerful benefits, which also tends to force the different races to stick to their strong points. As this is a new minimod, feedback is extra welcome as some techs maybe too powerful for it and should be exempt in future versions.

And that other stuff 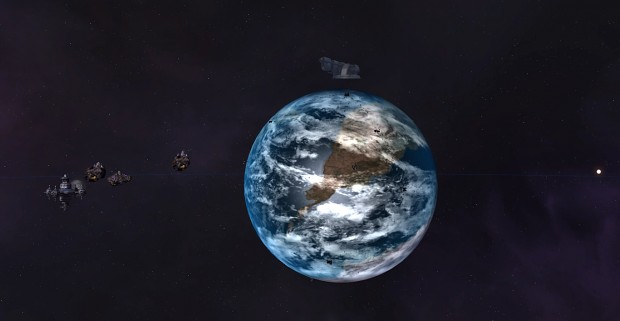 Rounding off the miscellaneous changes include a new particle effect over planets with active planetary weapons, some updated UI elements, including a special overlay to let you know what techs unlock hero units, a bunch of new toys and updates for TEC commanders, including a bigger, better titan and a free homeworld Starbase, better mine clearing AI, and a good chunk of your bread and butter balance tweaks.

Once it is Authorized, download all of this here.

More good news! First SotF hits rebellion 1.52 then this! Bout as giddy as a school girl on a shopping spree :D

Awesome, looking forward to trying it out!

How do you get the planetary gun? I can't seem to find it.

As TEC (loyalists), your homeworld already has all the planetary defense weapons, and you can research a new 3rd tier tech in your defense try to allow future colonized planets to slowly build them automatically, while colony frigates can start the process on already colonized planets.