Today we want to present to you new maps for the upcoming version 4.5. Not only does this include 3 completely new maps, but also 1 rework of the map „Fords of the Isen 1“, which hasn’t been played much due to strategical problems.

Today we want to present to you new maps for the upcoming version 4.5. Not only does this include 3 completely new maps, but also 1 rework of the map „Fords of the Isen 1“, which hasn’t been played much due to strategical problems. 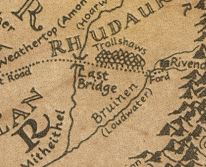 The so called “Last Bridge“ is the only crossing of the river „Mitheithel“ south of the Ettenmoors and north of Tharbad. It is part of the Great East Road and connects Rivendell to Bree and the Shire.

Built and protected by the Dúnedain of the North, the bridge was used for the vast trade among the Elves, the Hobbits and the Dúnedain. During the war between Angmar and Arthedain it fell into the hands of the hillmen, who followed the witchking. The once lively surroundings of the bridge fell into ruin, which can be seen to this day.
Today the bridge, which is hardly damaged at all, due to the outstanding architecture of the Dúnedain, is still used as an important crossing. Thorin and his companions, as well as Aragorn and the four Hobbits used this bridge on their way to Rivendell.

This is a 1v1 Map with 12 settlements, 2 outposts and castles as starting points. Structure-wise it resembles famous maps as Fords of the Isen 2 or Brandywine.
The crossings over the river allow different offensive strategies. The outposts are located in a position, where it is close enough to the castle, but surprise attacks are possible and effective. 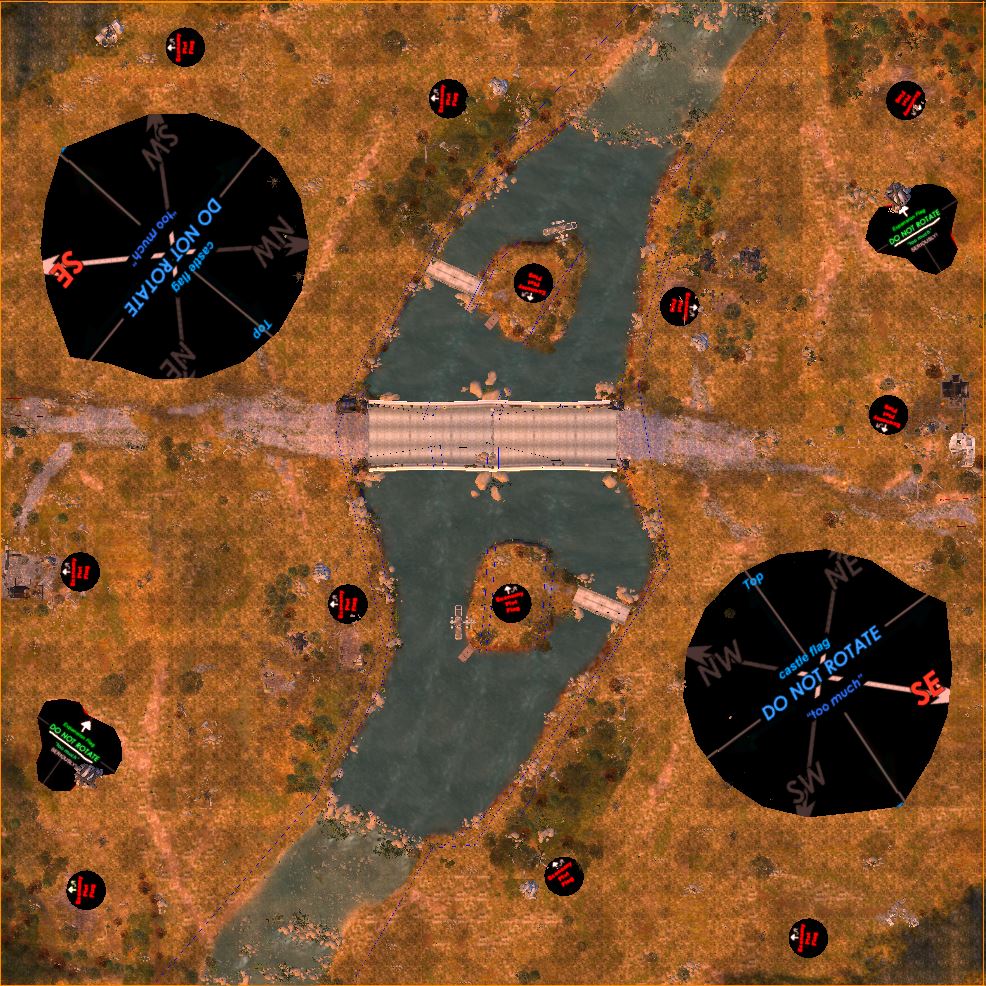 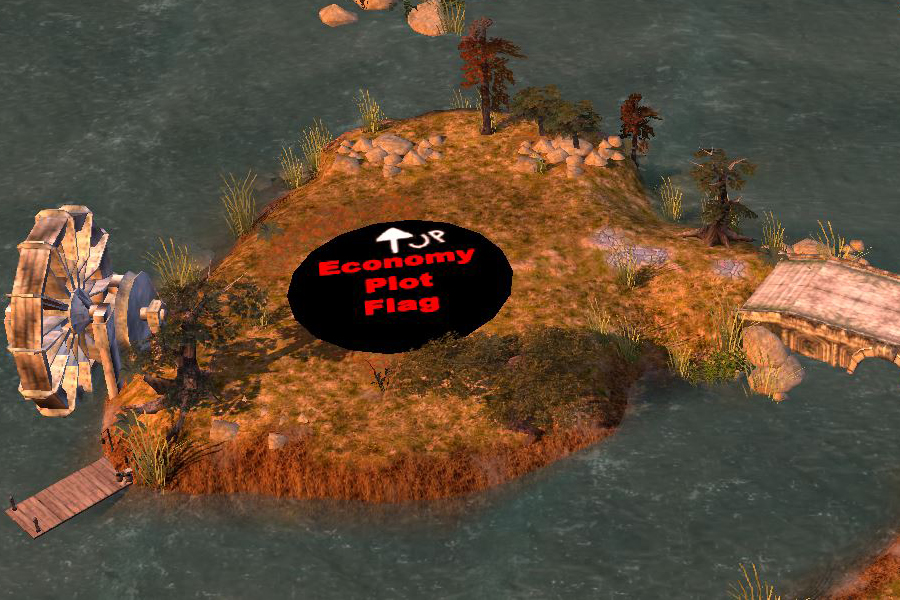 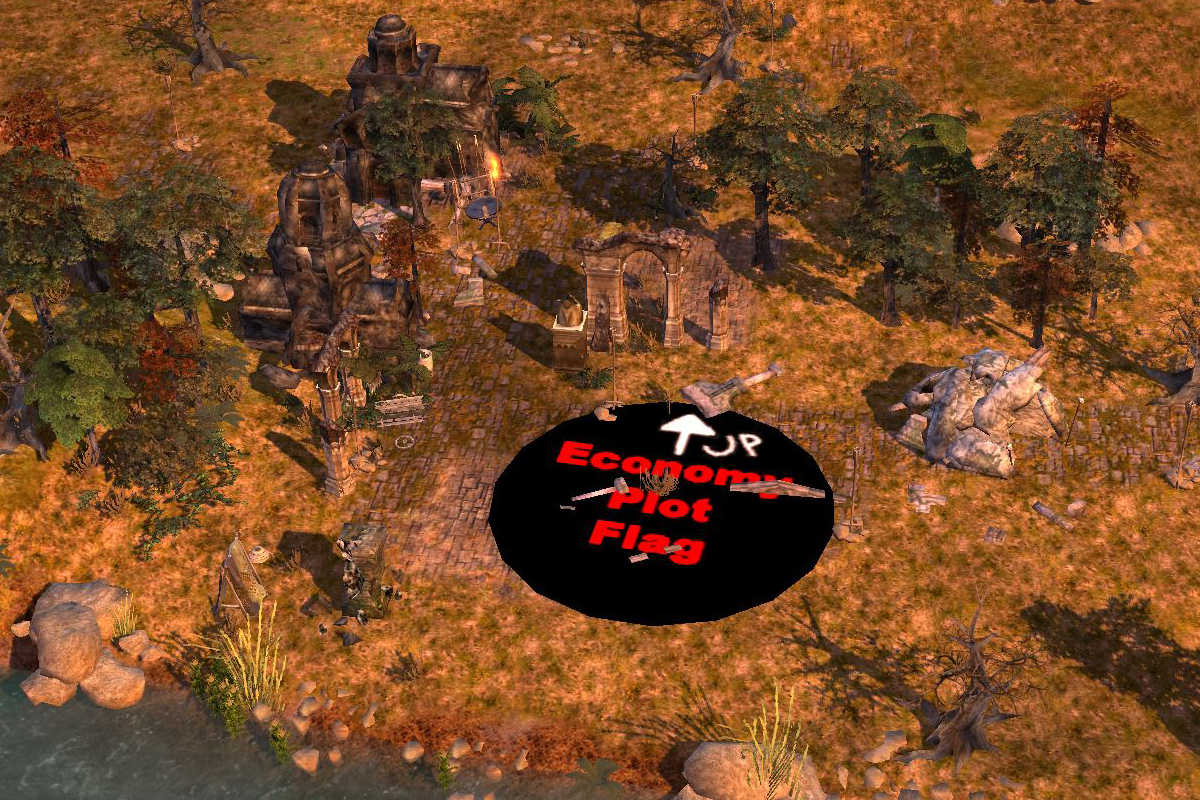 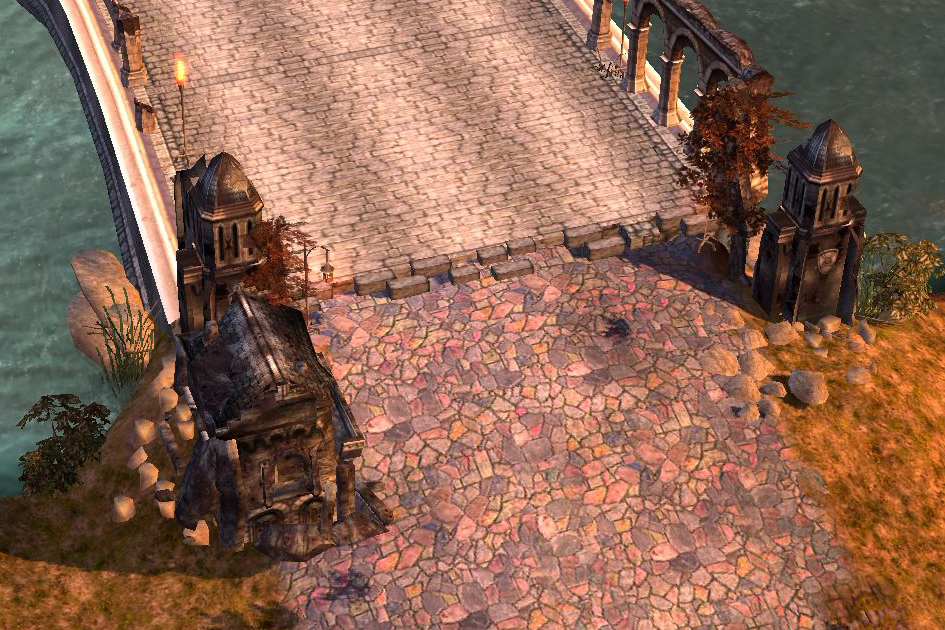 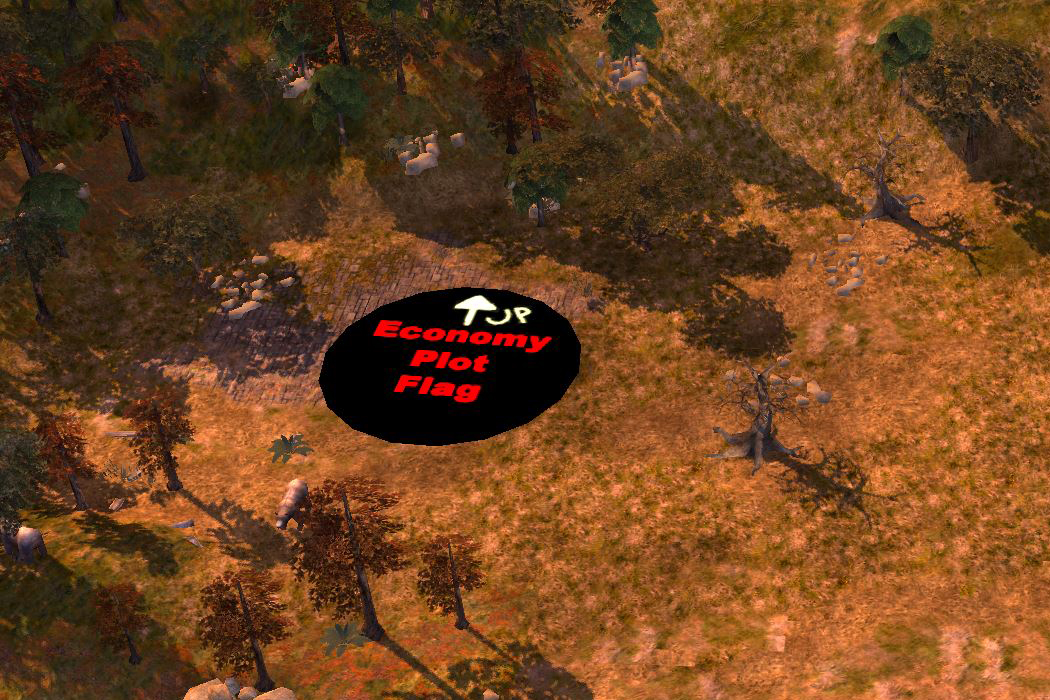 For all those, who don’t know what the black weird shapes are: Those are the objects that you have to place in order to have settlements, outposts, camps and castles. 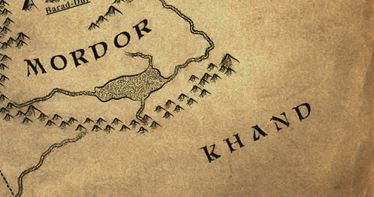 ”Khand” is located south-east of Mordor and borders the Mountains of Shadow in the north, Rhûn in the north-east and Harad in the south. Since only tough nomads were able to settle in these lands, there has never really been some form of government. Even though most of the land consist of dry wasteland and desert, the northern part of “Khand” is affected by the darkness and takes after the wastelands inside of Mordor.

Khand has been historically very insignificant, because of its small population. However, the rare but very tough “Variags”, the nomads of Khand, were part of different alliances against the free people of Middle-Earth. There were even groups, which praised Melkor (and later Sauron), and were inspired by him and his actions, rather than to be frightened by him. Later the hatred towards Gondor took hold among the “Variags” and they supported the kingdom of Harad against Gondor. It is reasonable to assume, that Khâmul had the north under his control.
The north of Khand was a safe refuge place for all the foul creatures after the decay of Sauron. All of these factors lead to the myth, that in Khand the darkness may endure forever.

It is a 3v3 map with 21 settlements, 2 outposts and Camps as starting points. The map can be split into 2 different regions: 2 outer passages with a lot of settlements and one centered passage from which the outposts and the enemy camps can be easily reached.
The idea behind this map was to create a 3v3 map that allows real 3v3 battles, that do not lead to 3 separate 1v1 battles, as it is the case on some maps. The map is drafted in a way that the team has to think as a unit in order to win. The relatively small map size makes it possible that you are very quickly able to come to the aid of your allies.
The low amount of outposts is supposed to lead to more highly-competitive battles. 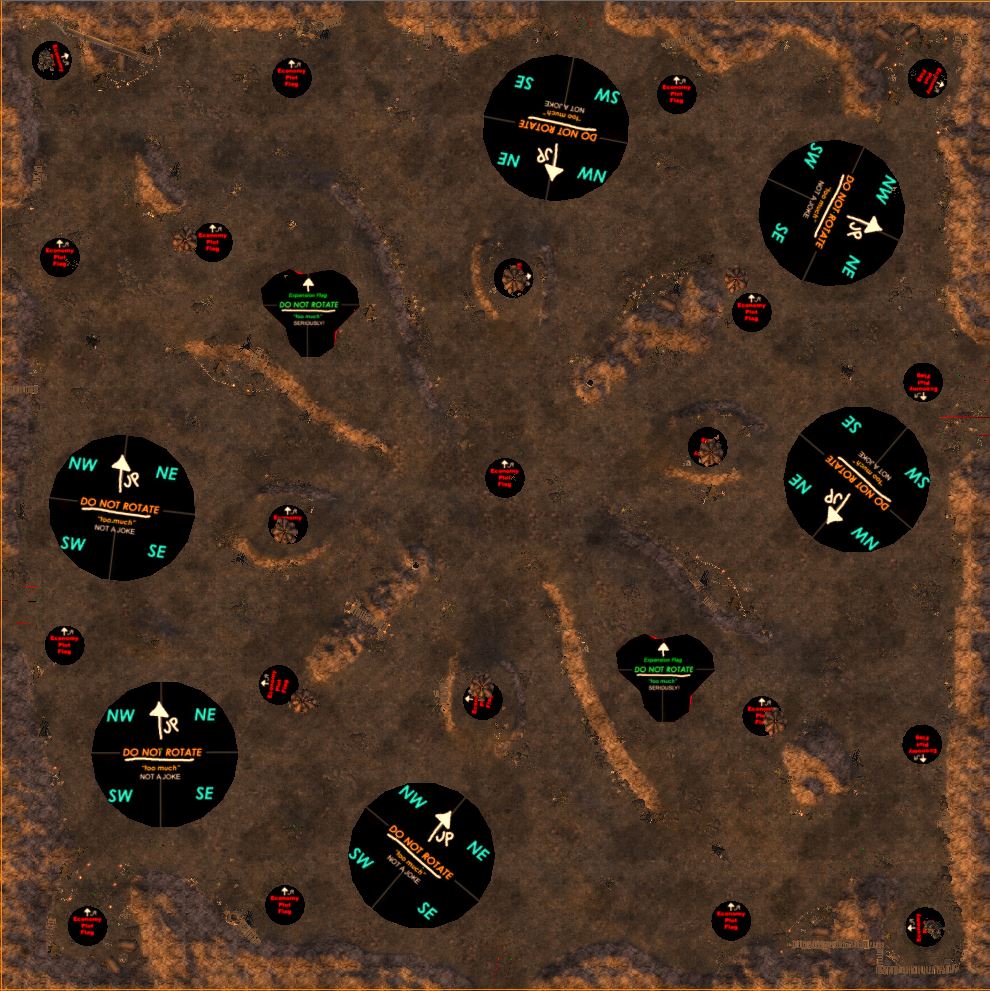 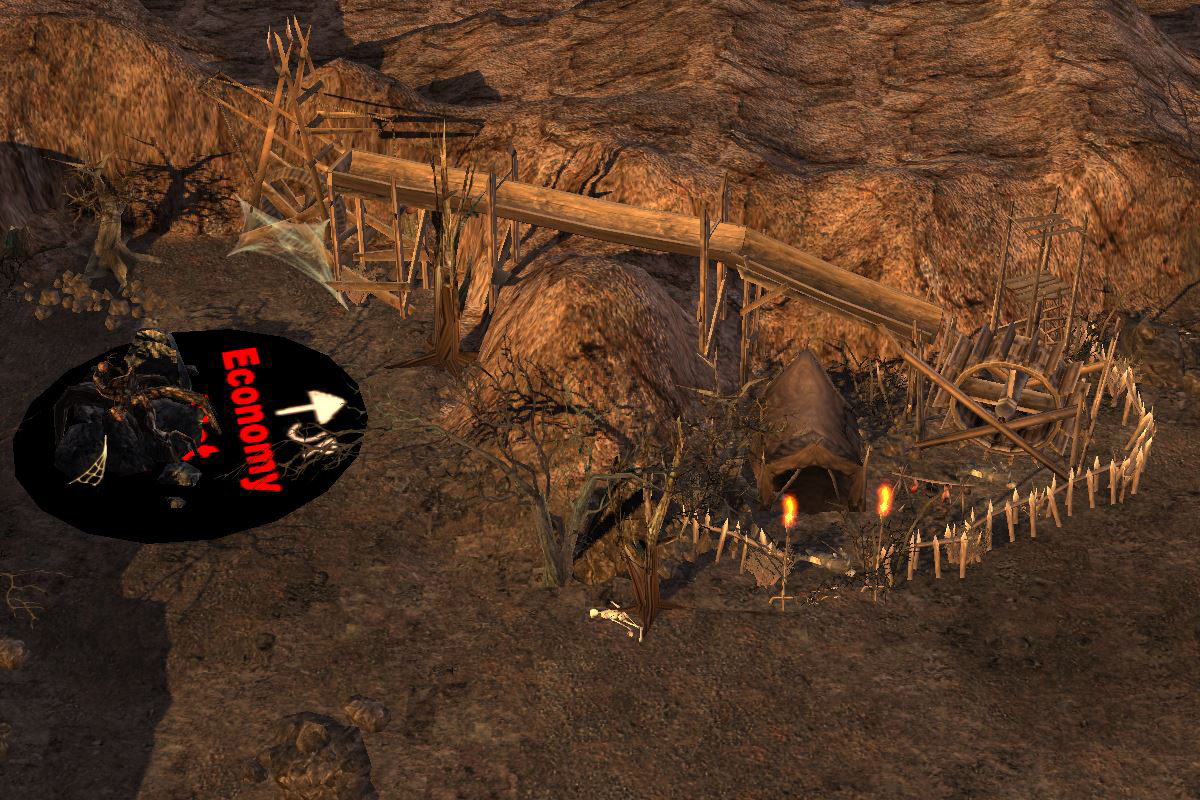 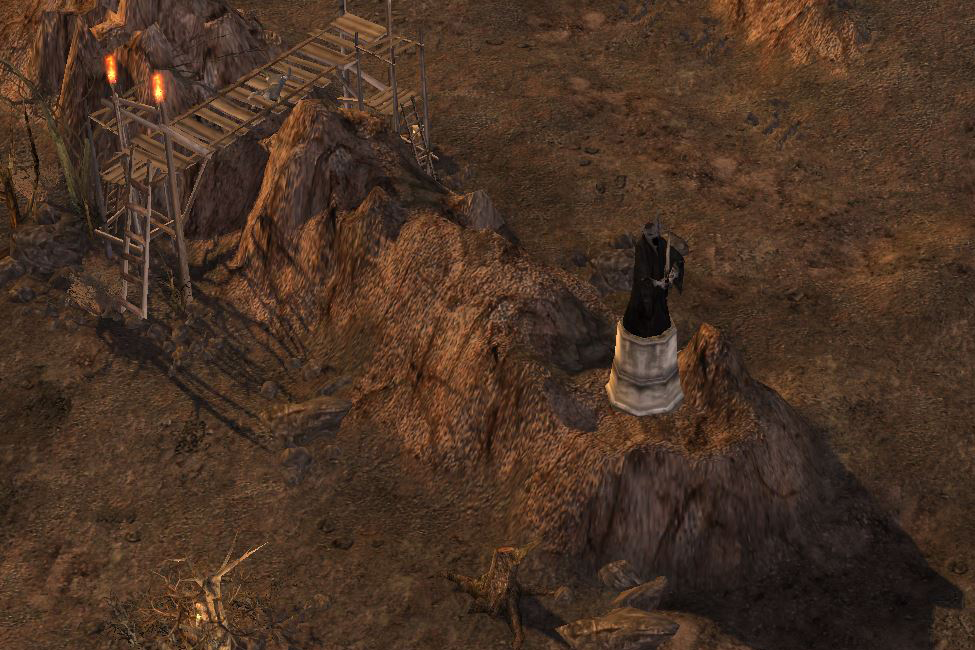 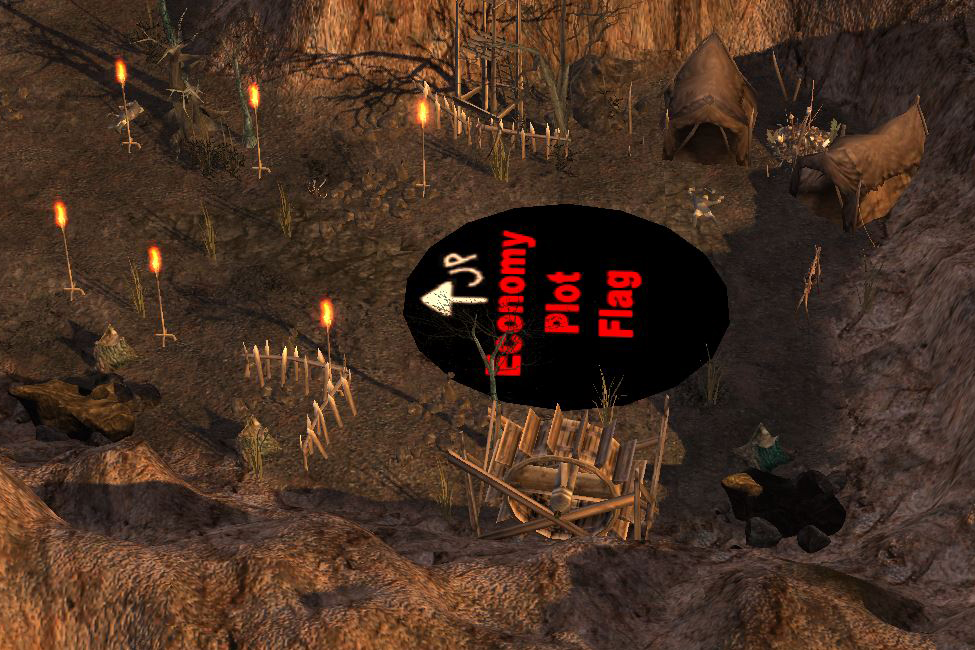 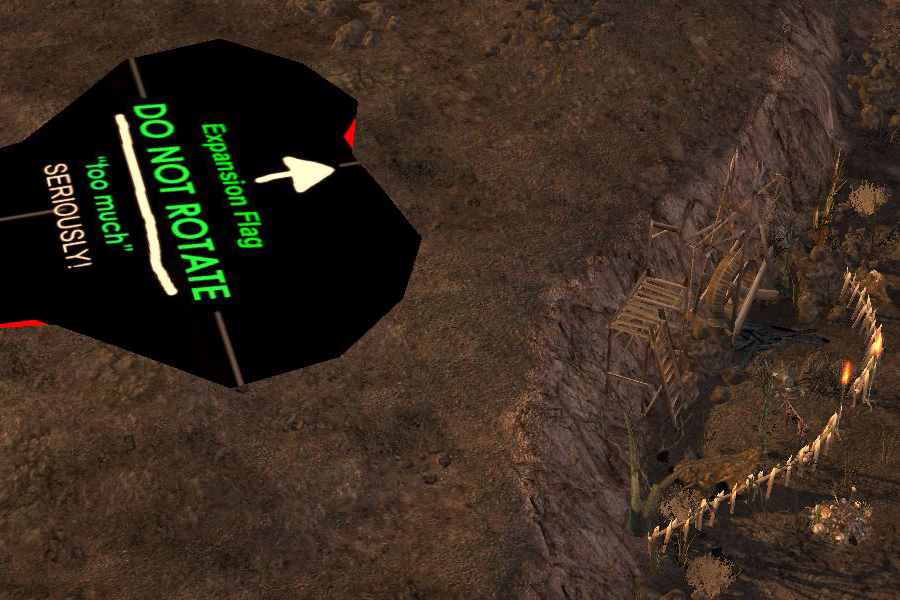 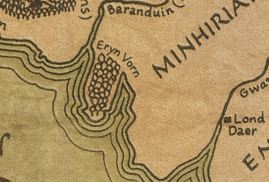 Eryn Vorn is a coastal region with a lot of cliffs, located in the south-east of Minhiriath. North of the peninsula, the river “Brandywine” discharges into Belegear, the Great Sea. Eryn Vorn was once part of a vast wooden region, which spread across most of Eriador. After the ruling of the numenorian heir Aldarion, most of the forest was destroyed.

Eryn has always been a densely wooded area, which was used by Aldarion, who started to ruthlessly cut the trees and quarry a lot of stone. The native inhabitants of Eryn Vorn, descendants of the Edain from the house of Haleth, who originally were peaceful towards men, were brutally slaughtered after revolts against the kingdom of Angmar. The resources that were gathered were used to build the city of Lond Daer and a big fleet of ships, with which Aldarion could go to war.
During the war of the ring, most of the forest has grown back und and the numerous stone quarries, lumberjack buildings and the villages for the workers, are nothing more than ruins.

This is a 4v4 map with 32 settlements, 3 outposts and camps as starting points. On this map Arnor is playable. On the right side of the map the famous and dangerous cliffs of Eryn Vorn can be seen, on the left is the more wooded area of Eryn Vorn. The center of the map is elevated and offers a large amount of settlements and outposts to be captured. The relatively small amount of outposts focuses the battle more on capturing said outpost and defending them. Also the size of the map leads to more of a team fight, where good team work is rewarded. 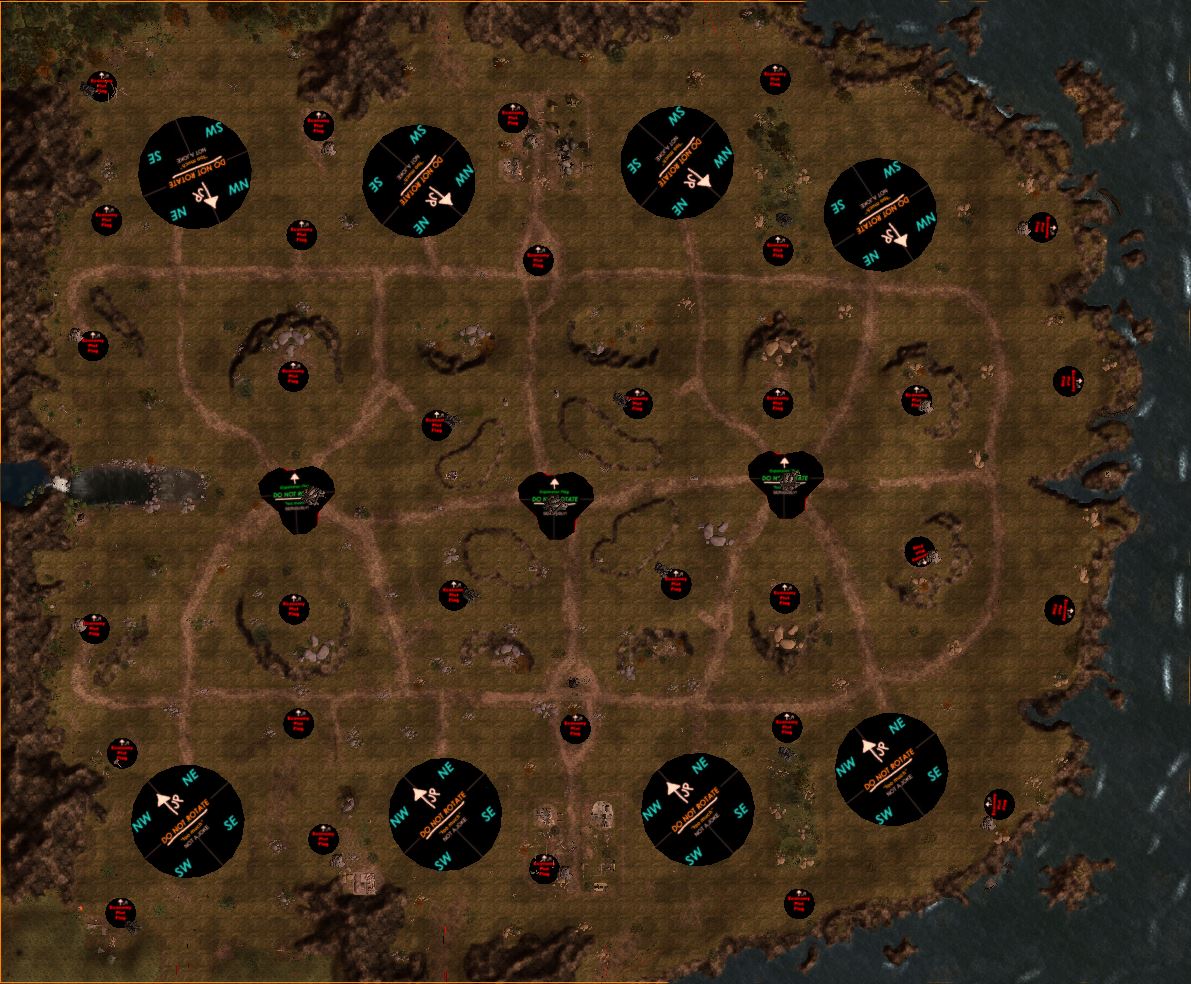 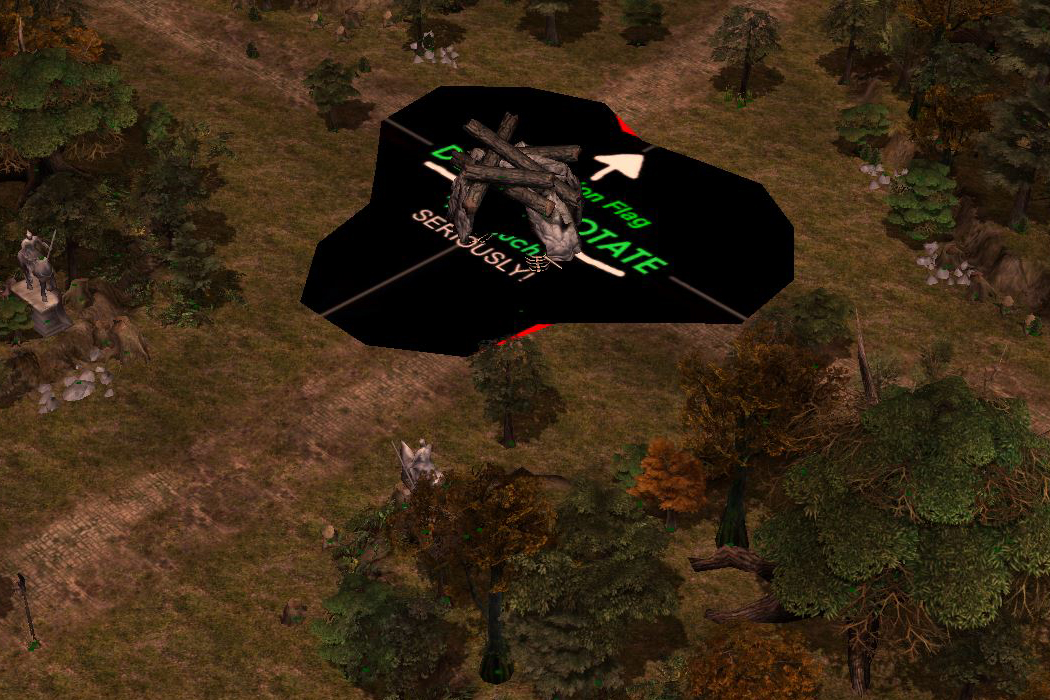 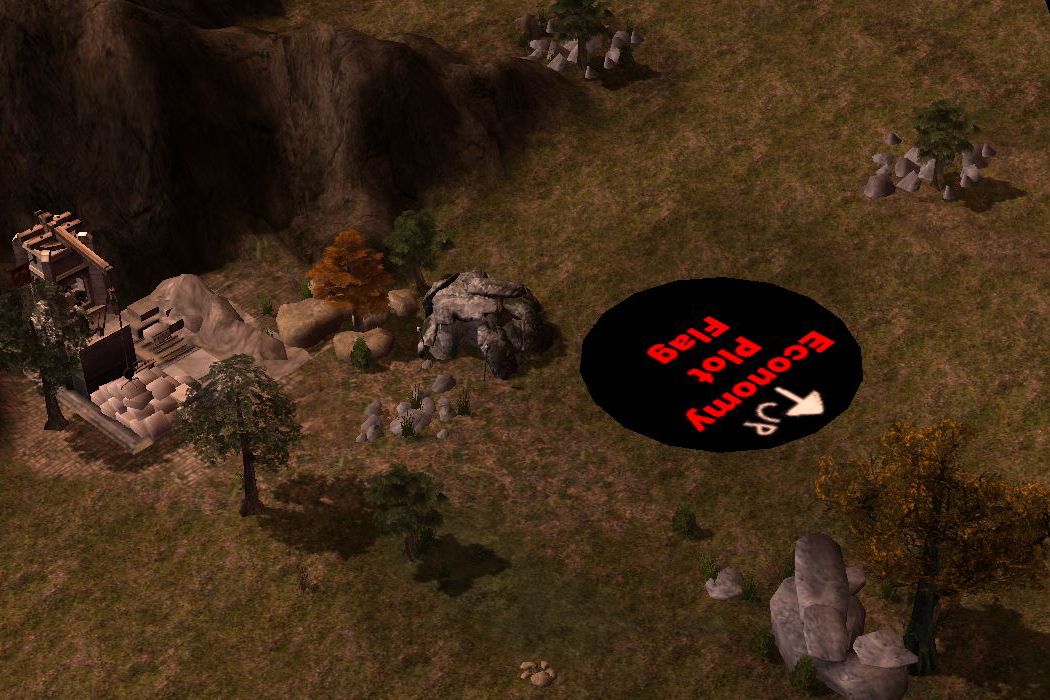 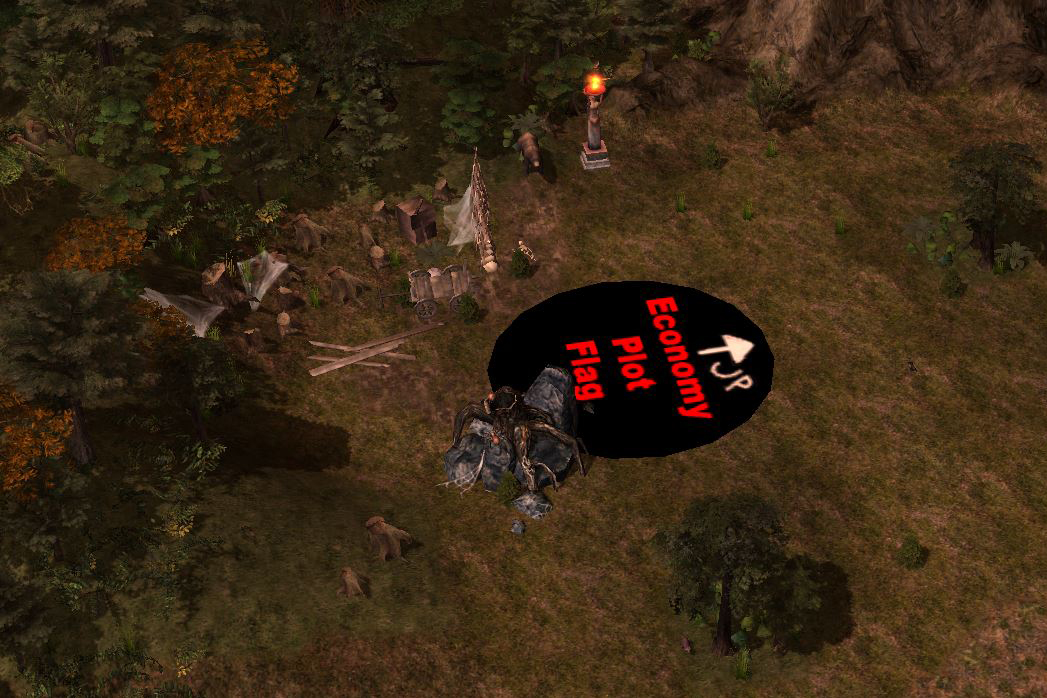 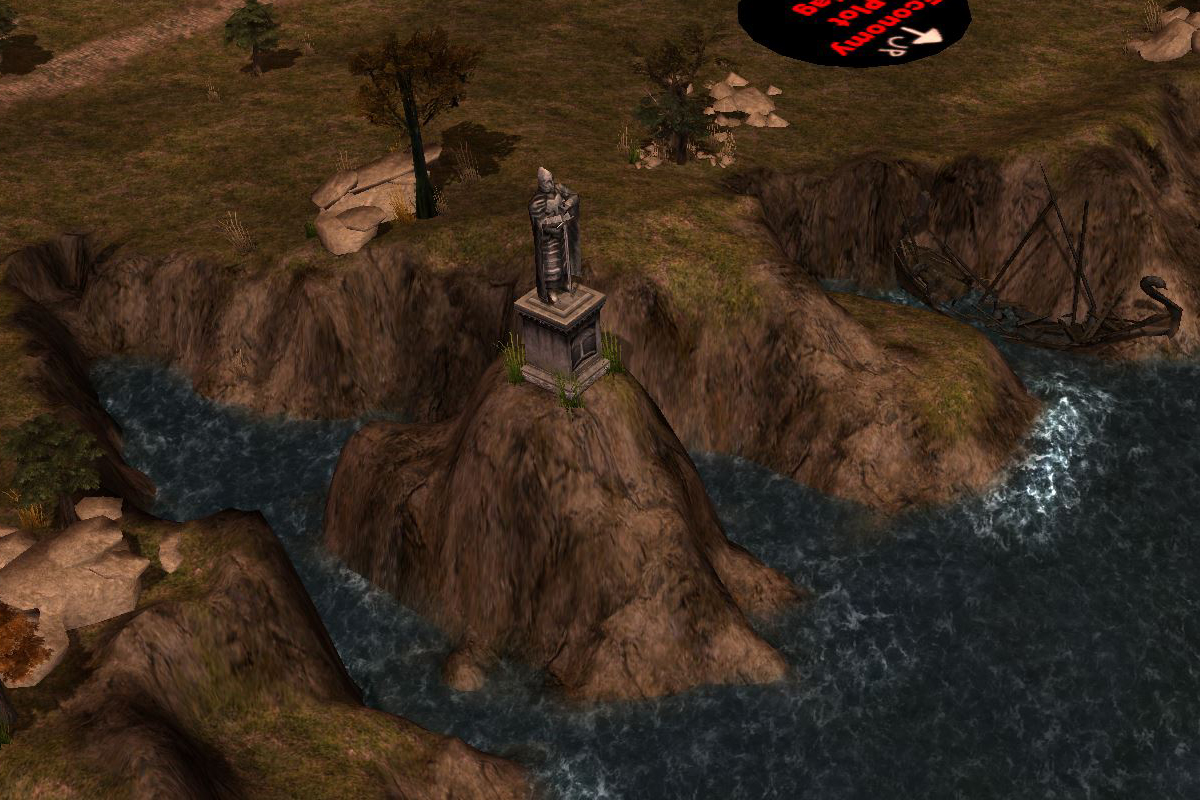 Last but not least, you are now able to enjoy 1v1 battles on a newly structured “Fords of the Isen 1” map. In a lot of points it is similar to the famous “Fords of the Isen 2” map, but differs in the following very important points:

Here you can compare the two maps form above: 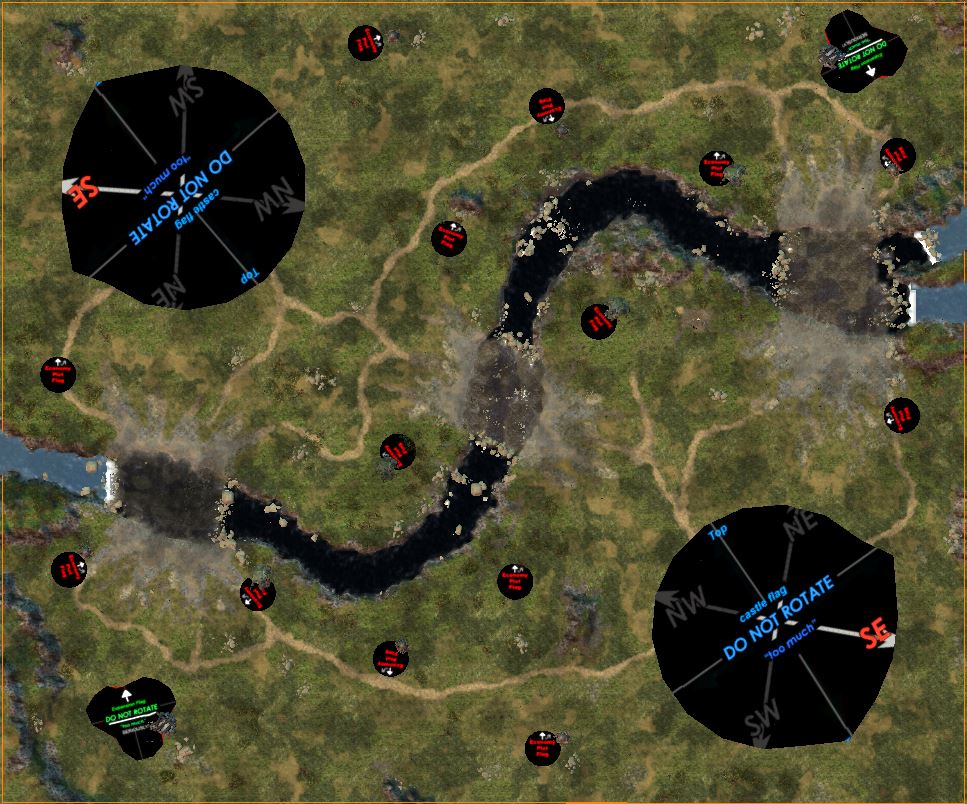 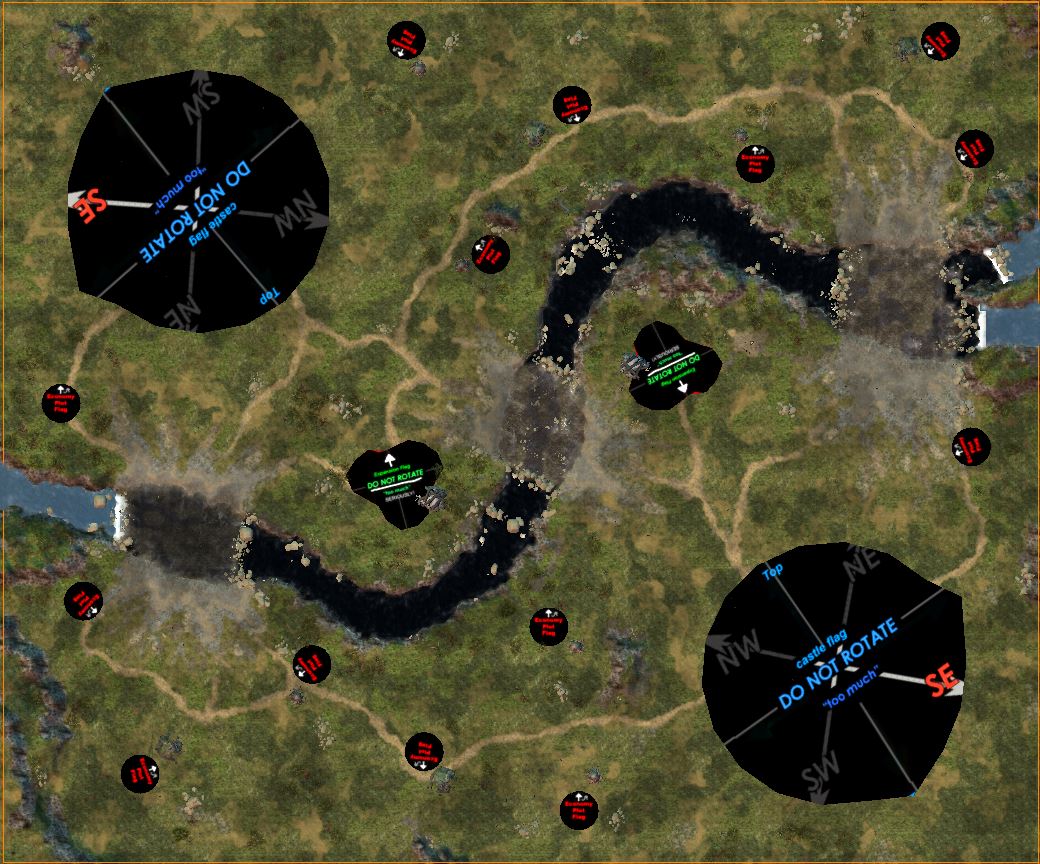 The changes may not sound like much, but it has been reported, that the map is now much more fun to play.
If you have suggestion for improvement on specific maps or if you want to change the fact that some maps are not played as much as would like, take look in the Map Suggestions Thread !

We hope you enjoy these new maps and are looking forward to your feedback.

I would like to know if you have add Dunlending army in Fold or Rohan army ?

Nice maps but Eryn Vorn is simply wonderful with those details that prove that once was a place that was thriving now reclaimed by nature itself is something I like.

With Fords of Isen 2 being one of my favorite maps, I look forward to playing the new FoI map.

Other three maps are beautiful as well. Great job!

Question: do these maps help you if you're bad?

Sounds great! But I do have a question: I think I remember that there was at some point an iron hills fortress map concept... do I remember correctly?

Thank you for another fantastic places to battle...

will there be a goblin faction anytime soon?
love the mod tho, great work!

updating a mod just 1Mb and my game is broken sometings are pink sometings are not visible. normal game is the same :/ can anyone help please?

You probably have an "asset error". Try deleting and the reinstalling the game.

It'd be cool if the cursed Isengard map was reintroduced when the issues with it are fixed. Isengard doesn't really have a fortress map at the moment