Since our last development blog, the developer took a well deserved break before continuing to add more features and improvements to flesh out the game even more. We’ll be covering updates from the past three months and our biggest discount sale yet! 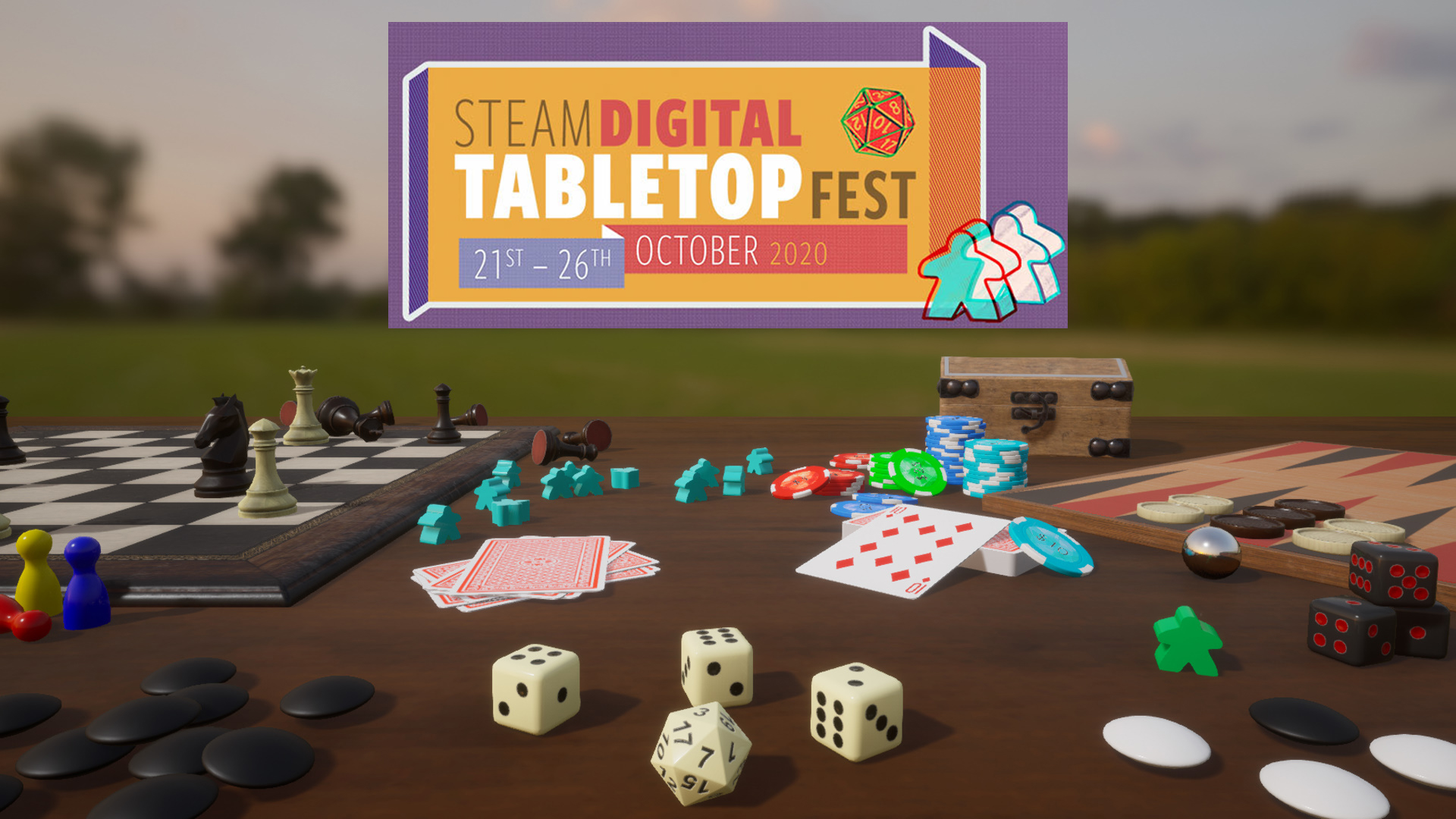 Since our last development blog, the developer took a well deserved break before continuing to add more features and improvements to flesh out the game even more. We’ll be covering updates from the past three months and our biggest discount sale yet!

We’re excited to be part of the Steam Digital Tabletop Festival and to be running our largest discount yet! You and your friends can grab Tabletop Playground for 33% off!

The discount will run until the end of the festival on the 26th of October. So get in quick and grab some copies for your friends, so they can join you for some board games online. Check out all the other great games on sale as part of the Steam Digital Tabletop Festival. 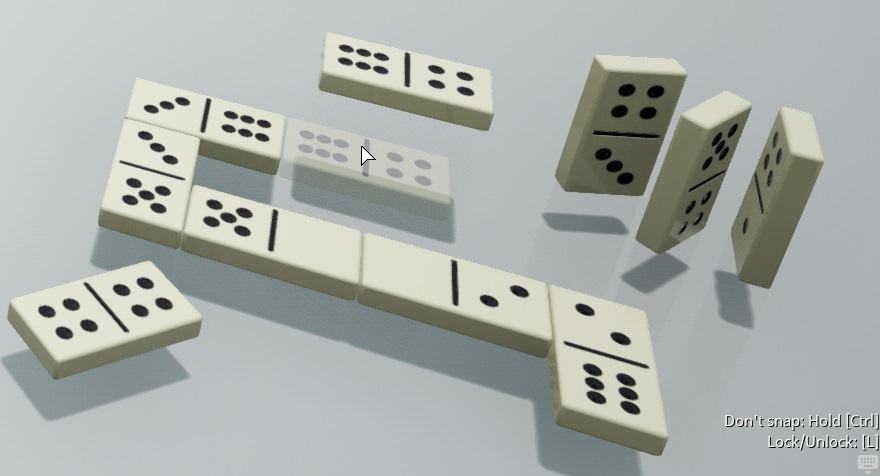 Speaking of games, a whole new classic game has been added in our latest update. Along with knocking off another two items from the development roadmap and several other improvements!

Find the full list of enhancements, VR additions and bug fixes for each update at the end of blog. 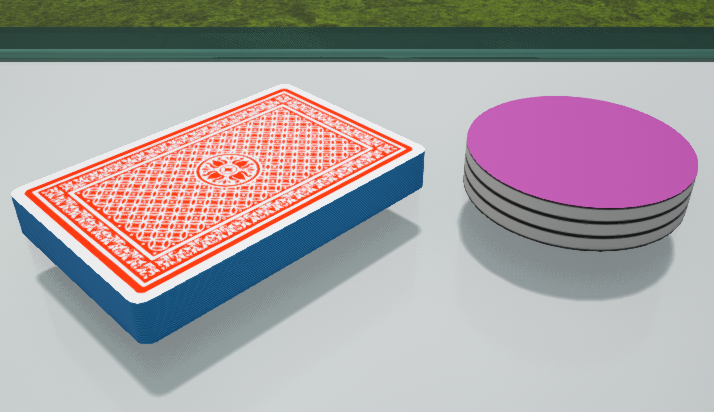 More players, more colors, more customization update, which came out a couple of weeks ago. There are now 18 available player colors, and the maximum number of players per game has been increased from 8 to 16.

The default set of colors is optimized so players with color blindness are able to distinguish between them, but you can also set your own colors: While creating or playing a game, you can now change the player colors from the session options. Modified colors are stored in the game state, so you can decide what colors the players in your game should have!

You now also have more flexibility with using colors for cards and card-like objects, and scripts are able to access the internet!

You can now use PDF files with multistate objects to easily create rulebooks, guides, and similar objects. This was one of the earliest requested features from our avid community members and developers, so we were ecstatic to get it into the game!

Card deck splits and saving/loading data from scripts! You can take a number of cards from the top of a deck, split into a number equal sized decks or into decks with a fixed number of cards.

Check out the full list of enhancements and bug fixes we’ve added over the past three months below:

• Add new context menu option for splitting card decks: you can take a number of cards from the top, split into a number equal sized decks or into decks with a fixed number of cards.
• Improved physics stability for object stacks
• Added snap points to poker chips to make them easier to stack
• Add chat message when player is peeking at the underside of a card
• When editing a card template in preview mode, don’t reload the stack so you can edit a partial stack without resetting it to full size. Don’t allow editing single cards in a card stack from preview mode because it gives inconsistent results
• Multistate objects now support PDF files: you can select a pdf instead of a texture, and each page will become a state
• New object type “Book”: When you create a new object, select Book and choose a PDF file to create a new Multistate object with the correct size for the PDF

• Card objects now have an option in the editor to use their primary color for the sides of the stack. If enabled, the color can be changed in the editor and in the game. Cards with different side colors cannot be stacked.

• You can now switch to a “screen” style cursor in the interface settings: the 3D cursor isn’t shown and you only use the regular hardware mouse cursor. You can select multiple objects using a rectangle on the screen instead of a 3D box.

• The lower right corner of the screen now has a switchable dynamic input guide: click on the keyboard icon to toggle hints on what actions you can do using hotkeys in the current context.

• You can now set snap points for an object to global from the object properties in the editor. When snap points are global, they cursor does not need to be on the object in order for its snap points to be active. This is useful for tile laying games when you use snap points that are not on the object, for example with Domino pieces.

• When an object has a fixed zoom direction for the object zoom (also set in the object properties), the direction will be reversed when the object is lying upside down. Also, the “Below” key allows you to look at the opposite side, like with cards. This is useful for 3D objects that are used in a similar way to cards, with an open and a hidden side, like Domino pieces.

• You probably saw where this is going: Domino is now part of the included games!

• GameObject.attachUI and GameWorld.addUI now return the index of the added UI element
• UI elements that have been removed can now be added again
• Add SetSavedData and GetSavedData methods to GameObject and GameWorld. These methods allow you to store arbitrary information in game states.
• Add Card.Split and Card.Divide for splitting card decks

• HTTP requests are now supported using the HttpRequest class and the fetch() function. Players will be asked to allow internet access from scripts.

• New setting to allow enlarging or shrinking free cursor orb
• Separate bindings for grabbing and UI clicks, allowing you to bind them to different buttons. By default, they remain on the same button.
• Allow scrolling in UI using the main hand analog stick

• Context menu did not show the correct state when changing multistate object state on clients
• Standard chat message (e.g. player using card stack explorer) were displayed in the configured language of the player who caused the message, instead of the locally configured language.
• Object UI remained after changing object script
• Objects that were flipped while in hand while directly on top of the table (with minimal hold height) were dragging against the table

• Could not select no resource in editor (e.g. resetting texture to no texture) when using German translation

These updates were some of the many features on the early access development roadmap for Tabletop Playground, which you can check out on Trello here. Sign up for a Trello account and you can vote on which features we should focus on next.

Don’t forget to join our community Discord to chat with the dev team and give us your suggestions for new features for the game! Until the next monthly development update, we hope you have many fun and great tabletop sessions in Tabletop Playground.