Discussing the problems about this mod and the differences between SOASE and the Homeworld games. At the bottom of the article includes what is currently being done.

This article will talk about the problems this project will have to endure to get to the released state. Some of it might not be 100% true but here are the problems i've listed in the past few days. I have also deleted all the old articles as it covered older information which was no longer valid and I want to start clean.

- The ships in Homeworld have guns which rotate 360 degrees while SOASE doesn't support this. An example of this is the Taiidan destroyer or the Kushan Destroyer, all most guns on these ships depend on them being rotatable.
- The corvettes in SOASE don't act the same in Homeworld; in Homeworld they act as fighters but in SOASE they act like frigates. (I think some act like fighters.) One way to overcome this problem is to make them into buildable fighters.
- Squadrons can only be built in carriers or hanger defenses. (I think?)
- Unable to utilize ship upgrades. An example of this is on the Hiigaran Carrier where you can build sub-components to allow building other ships.
- No Homeworld ships are designed to destroy planets (ignoring the planet killer).
- SOASE can only utilize one team colour.
- Probably even more problems will be found.

Because I wanted to use Homeworld Remastered assets instead of the older ones, I have restarted the mod again but started on the Taiidan Faction and will be focusing on only one faction at a time. I'm also currently coding a few programs to help me detect any errors whilst editing the game files. This might seem pointless to some of you but will help when i've done a stupid error and have no idea how to fix it. With the ship convertions I have just done the Taiidan Carrier and here is an early WIP screenshot. 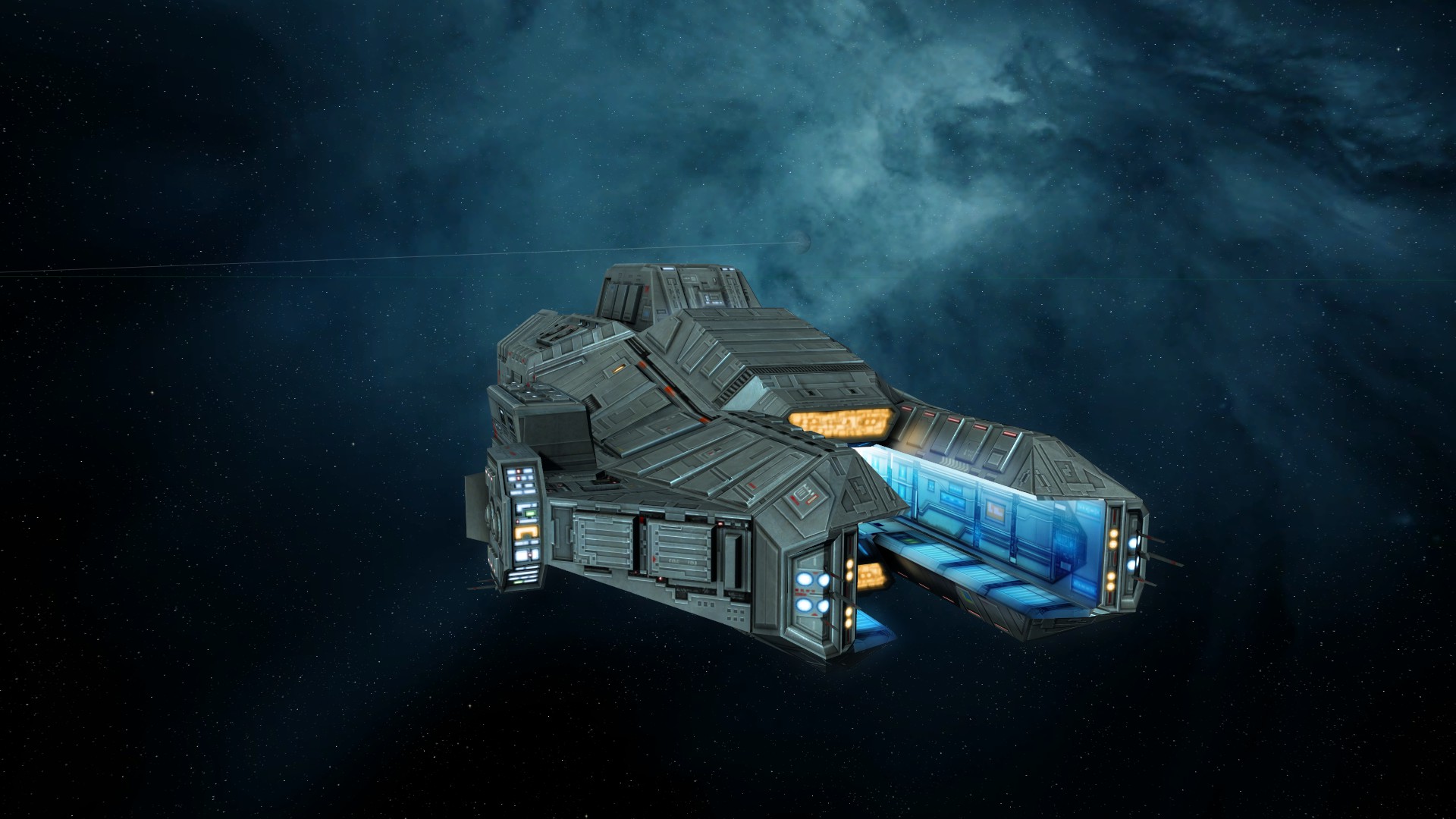 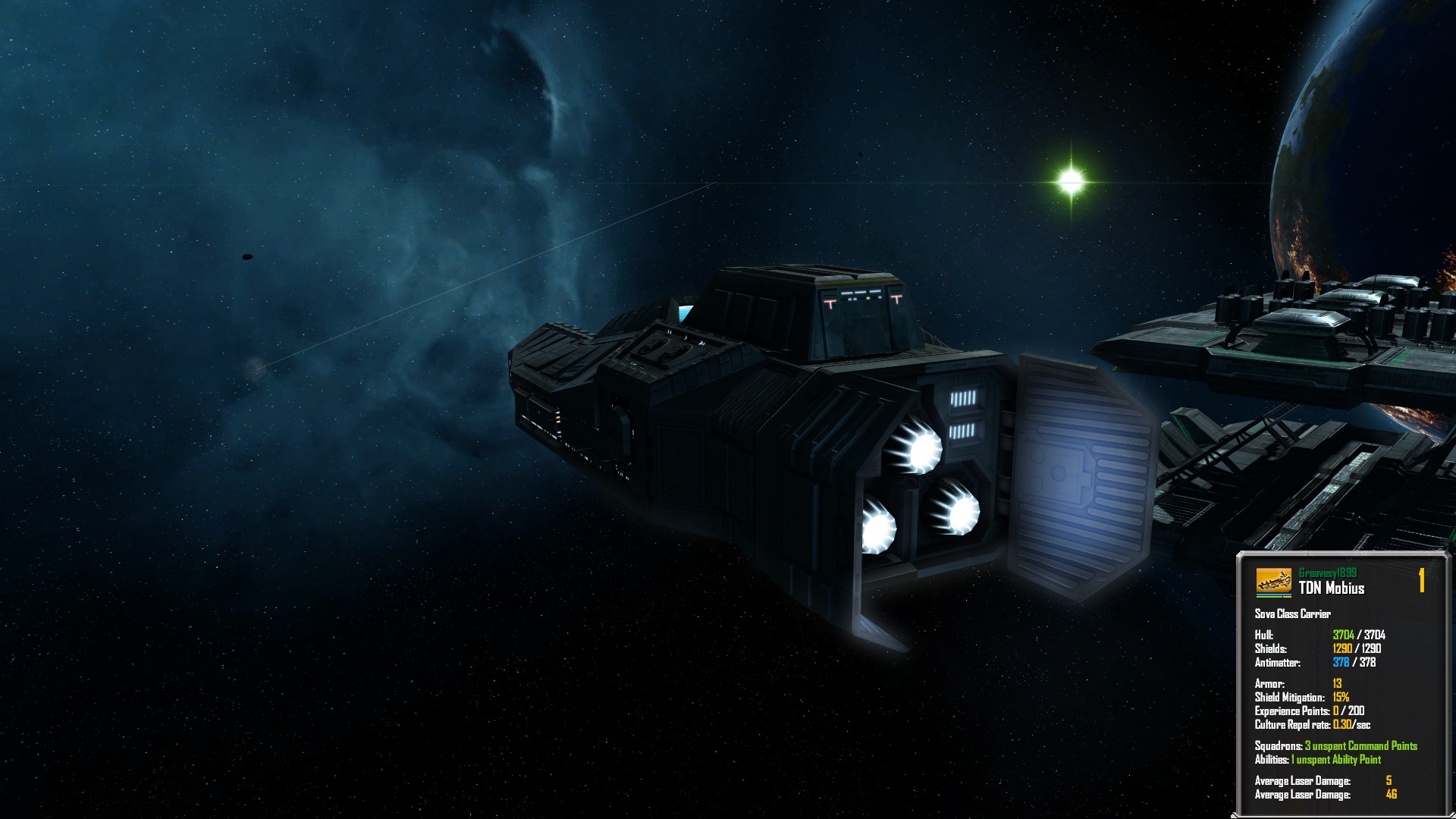 More content will be shown off at later stages. Please tell me what you think!

Please note that these resources are from the game "Homeworld Remastered" and this mod might need you to own it.

Sins has 1 corvette per faction, and they act like fighters. I believe anyway :P

Also looking good, definitely use the remastered models, they look so much better :)

Thanks for the input! The new assets sure do look good. I will play a bit of SOASE and think of solutions.

the SOASE corvettes do strafing runs I think, so that could be used for the corvettes.
Maybe its possible to change the strafings so they go around in circles like they do in homeworld?

Homeworld guns moving 360 but cant in SOASE:
A few ships in Sins have guns that look like they could go 360 but cant (TEC Flak frigate), you could have the guns facing forward instead.

Homeworld corvettes:
Probably better to have them as fighters than working like a frigate. You could have them as one of the first re searchable ships like in normal Homeworld where you have to build a research module/station.

sub-componets to build other ships:
You could have a certain amount of carriers to unlock another ship. Or you could have a special carrier with a module like an advanced research module or for the Tiidan or Kushan it could be the normal faction colour from Homeworld

Oh you could have a random event with a T-MAT ship arrives and bombs planets :o

Thanks for the input! These are some good ideas.