Made a dungeon (crypt) for the mod, but I am wondering whether it is too challenging...

How Difficult Should a Dungeon Be?

So, I am working on the second ‘crypt’ of the mod. Without revealing too many spoilers, the crypt is a bit…difficult. Unlike the ‘dungeons’ of the original game, the ‘crypts’ of Trinity have relatively few ‘hallways’ and are mostly composed of rooms that are directly connected. Part of the challenge of the original dungeons was navigation throught the multiple, (8) levels of dungeon hallways, and their connections with the rooms. For Trinity, I am planning on making the challenge for the crypts different, and having it mostly surround the challenge of making ones way through connected rooms, rather than hallways. Anyway, one of the dungeons I have made is…potentially…difficult. It has 125 interconnected rooms. With nearly zero connecting hallways (ladders only). So using Peer or View to navigate your way through will be of limited help. 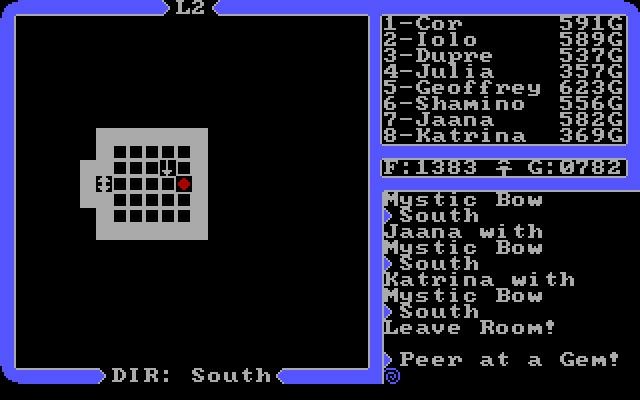 Now, this surplus of rooms is modulated by limited enemies. So not every room is a grind. Still. 125 rooms. So I wonder, how difficult the mod should be. The original game was considered ‘difficult’ by many people, and still is. For some it may be considered almost unplayable for modern, pampered gamers. Should I keep with the original levels of difficult? Should it be increased a little, as this is a mod which is meant to ‘extend’ the game, adding gameplay for likely higher level characters? Or should I bow to modern sensibilities and make it easier? I’m not sure. For now the difficult dungeon is in.