Come check the latest Porto: Isolation updates, from the new gameplay build to the animations! Come and get to know what's up!

We have many different things to showcase, especially in what regards the game's programming! Stick around to check out what we have to offer!

Since a big part of the gameplay loop consists of shooting, we created concepts for the 3 weapons intended for the release.

The choice for these these weapons comes mostly from what the Portuguese Army uses. They are (sorted by the image order):

Animations are key to a good gameplay, so we invested time creating these. We decided on making the final Boss re-use the animations that the Whiner does.

The Whiner animations are in the first GIF, whilst the Grabber animations sit at the second one. Note that these are not all of the animations, just a small compilation of the coolest looking of the bunch!

According to the new level design, the blockout received a few slight tweaks on it!

We decided to change the Inventory System to a Radial Menu since it wouldn’t affect the player’s flow as much as having an inventory (which would make the player open and play around with it for a bit). The radial menu is a good solution, in the sense that it pops up, shows everything you have and is a selection away from acquiring the weapon you intend. A lot quicker!

With the controller, however, the implementation is different. Instead of having a radial menu, we have a cycle system which works better when using a controller.

We felt that the game was still missing something and we didn’t want it to be just mindless shooting. Thus, we created a solution - puzzles!

Although they're simply two - a Shadow Puzzle and a Combination Lock Puzzle - they offer a dynamic, more interesting gameplay.

Since we want the game to be playable for PC and Consoles, Controller Support and Aim Assist were implemented. The game automatically detects if the system is running on PC or Console - which means that even though you’re playing on PC. if you decide to use a controller, the game will make the change seamlessly.

We wanted to make the player and enemies feel more natural instead of simply having preset animations. Therefore, they will behave according to physics as well.

For example, if the enemy gets shot in the leg, it will be pushed backwards; if the enemies bump each other, they will behave accordingly; and so on.

No one likes lags due to bad optimization. Bearing that in mind, we optimized the scripts as much as we could to avoid such issues!

We’ve created our first Dev Build to test the game as is thus far, with the purpose of fixing and tweaking certain events that don’t happen whilst running the game inside Unreal Editor. 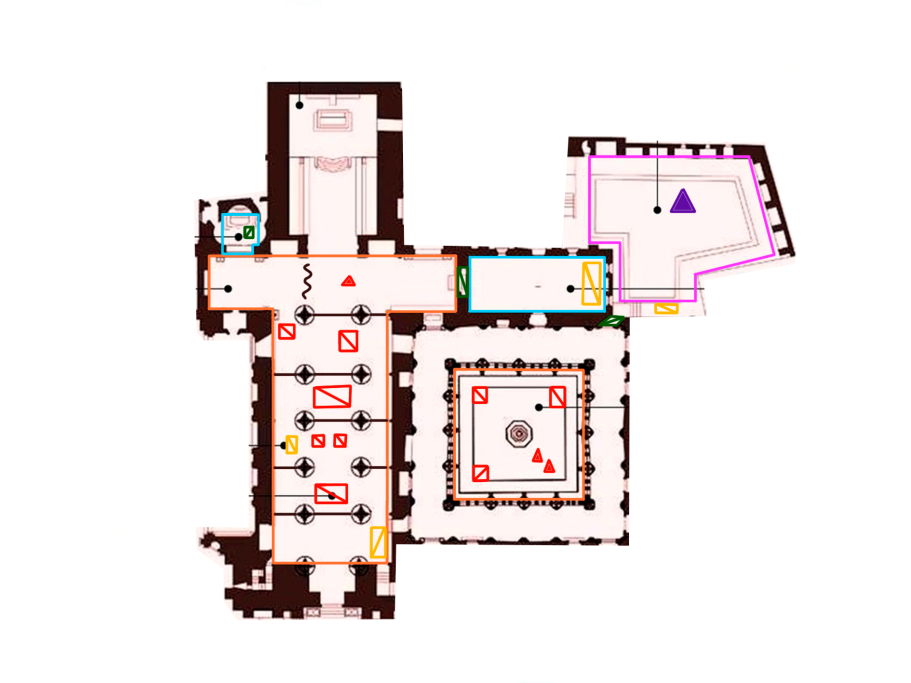 As we just mentioned a puzzle room and the puzzles back in the game development tab, why don't we talk a little about these?

With the Shadow Puzzle, we have a certain object with a light pointing directly towards it, creating a shadow on the wall in which it projects itself. The objective is to rotate the object around to match the slightly shaded preset position on the wall. Once this is done, it unlocks the next part of the level.

With the Combination Lock Puzzle, there is a lock on a door with a number combination sequence that needs to be guessed based on hints dropped in the level. Once the correct sequence is figured out, the lock opens itself and drops on the floor, making the door openable to the player.

As production progress is done, documentation has to stay on par. Therefore, documents like the GDD, Roadmap Documents and more were updated. Here's the roadmap's current state, for instance: 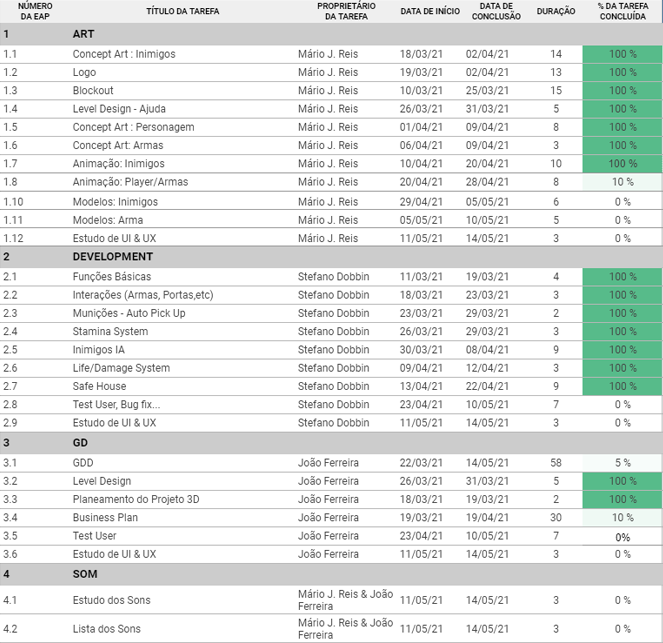 Finally, the Game Designer and Game Developer both got together to review exactly how strong should the attacks for the player and enemies be, as well as how fast the player the enemies go to create a logical, fluid and entertaining gameplay.

Don't forget to follow our social medias! Thank you, and stay tuned!

Good work, see you next week!