The burning question right now: Where is the Steam release? Info on the release and what you can expect from it right here!

Hello Survivors! The burning question right now: Where is the Steam release? The short answer is close. The long answer being: There are two major issues we need to get resolved before we feel like we can pull the lever. The first being Steamworks integration. We are waiting on some emails from Valve right now to get us up and running at full capacity on the Steam pipe. The second issue is an elusive, major crash bug.

Let us talk about what is included in 1.07 shall we? We have two new survival maps, nms_ransack by Lou_Saffire and nms_notld by Payne. Ransack is set in a dense urban environment centered around a convenience store. NotLD (Night of the Living Dead) is the most accurate adaptation of the set from the classic 1968 Romero film ever created. The objective maps we have in development are not ready for the release, unfortunately. They will be patched in post-release. 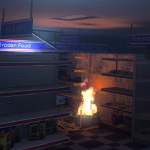 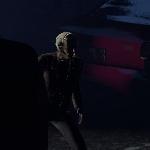 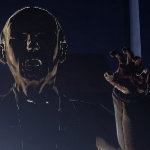 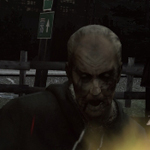 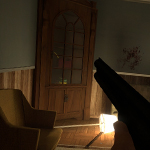 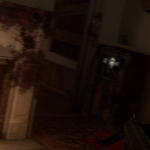 Xendrid has been learning how to animate and has replaced the zombie run animation with a motion captured run. We plan to add several more run animation variants post-release as well as overhauling the climbing, shambling, and attack animations. The first versions of our own custom player animations are finished. They need to be coded in the game however and may not make it into the initial release since the crash bug is top priority. One of our new texture artists Porky-da-Corgi has been creating new texture variations for our zombies. He isn't finished with all the zombies yet, but post-release patches will see each zombie having three or more alternate variants. Though the Steam release won't be featuring any new playable characters or NPCs, longtime member, CYN, our new lead character artist and our newest modeler Plasmid are working on some fresh content. We'll post some media on those in the coming weeks. The Deerhunter bow and CZ858 are fully functional in-game. In order to give the player better feedback we implemented a highlight system for all items. The highlight will appear green if you are able to pick up the item/weapon. The highlight will appear red if your inventory is full. This is just the first step in removing the clunkyness from the flow of the game.

The team has been brainstorming achievement ideas. Maxx has already created a plethora of achievement icons. We are also putting together Steam trading cards!

The Steam release will not be compatible with current custom maps. We have been methodically cleaning out our material and models folders removing and remaking certain content. This means all current existing custom maps will be filled with missing textures and models. This is an unfortunate setback, but it is a necessary evil and will be better in the long run.

We'll be posting up a new dev-blog video later this week to showcase some of the content mentioned above. In the meantime, we handed out some keys to an early build of 1.07 to SeaNanners and Diction:

"The second issue is an elusive, major crash bug." must resist urge to demand release anyways....FUUUUUUUUUUUUUUUUUUU

Amazing,its a shame that the new objetives map arent ready for release
because its getting really boring playing the same maps all the time

Don't worry, we know how you feel. The two new survival maps will keep you busy long enough for us to crank out Toxteth and others :)

Just a question, but if the mode doesn't end when the objectives are taken, is that intentional? Because it makes sense and it makes things more frantic.

Well guys, just remember, DON'T RUSH :D I think I speak for 99% of the fans of this game that we REALLY want an amazing game (and we will get it)! So thanks for the update, looking forward to it :)

I think that dead mod "Mortewood Plaza" is a good example of someone taking "Don't Rush!" a bit too heavily.

The highlights are ok, I guess, I hope they aren't too intrusive or maybe we can turn them off?

New weapon/zombei stuff is fine though.

If everything goes well we'll have a bunch of new our objective maps out shortly after Steam Release (we were going to have them in 1.07 but things never go as planned :P )

Highlights only really pop up if you're standing really close to a usable weapon/tool and if your cursor's over it, one of the problems players had was not knowing if they could pick something up or not

Maybe they'll only highlight if you are in immediate range (like 5 or 6 feet)?

Been Following the Mod since '05. Keep up the good work!

Thanks for the longtime support!!

When do we get the option to remove running zombies?

I love reading every update. Each time you guys have updated (since 2005), I sit here and stop whatever it is I am doing and give it a quick read while taking a gander at the pictures included.

While I haven't played NMRIH since it's initial release (lacking money for new computer) I do look forward to playing it within the next year.

That being said; I'm just so glad to keep reading updates like these. Here's to more years of hell, and John Goodman. Thanks.

The Steam implementation is going to be sweet.

You should do a round-up of the best quality community maps, have a vote, and release them in the Official release. I've seen other mods do this and it's a great thing for longevity. For some reason, people are iffy ab out playing maps that you have to download - I don't really get it myself, that's part of PC gaming, but, you know...

Like every major update, have the top 3 community selected maps, added, with credits and authors consent(Who wouldn't? If I was a map maker, I'd consider it an honor), just as a way to keep variety going.

i honestly dont get why the development team are making survival maps when the community pumps them out relentlesly, its nothing big but why bother spending time on them when u can spend time on other more important tasks.

God,who's playing in this video? I swear, everytime I watch a NMRIH video there are guys just running around barely knowing what to do or how to play the game.

NMRIH is better than that!

No immersion from the pple playing it...AMEN!!