After the first official release, the mod finds itself on a hard point of development.

After the v1.0 release, I've done a few more cosmetic changes to the mod, and started making it more "mod-friendly" with other gametypes and custom content: 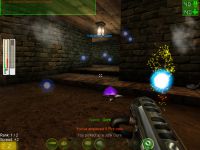 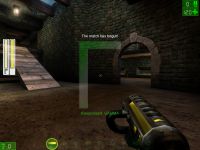 I've found myself in a hard situation, since the focus on the mod development is divided: I should favor either polishing things as much as possible, for non-milestone releases (v1.1, v1.2...), or add more content to it and release a third class or maybe even additional gametypes or heavy custom content (custom models) and make a full milestone release (v2.0) .

But... right now the production has been a little delayed, since I focused on polishing the mod instead of adding newer content, and due to the lack of feedback I'm not very confident about the mod's future, since I depend on it to polish things, through bug reports and general suggestions.

Meanwhile, I'll try to acquire more experience with Uscript, while creating smaller projects, like the Shared Life mutator and others that are expected to be created soon.

But I'd like to ensure that I won't stop this project "for nothing", as I've got many ideas already for a third class and I definitely enjoy playing this one.

If you've played the mod, having liked it or not, I'd love to hear your thoughts about it so I can make it as good as possible, and find enough motivation to keep up with the initial production rhythm I had when I began it.

I did not play this of mod, but all the same I tell thanks! In the near future I will arrange it on all4ut.ucoz.com!With impatience I will wait for updating

Thanks for the input, it's nice to see that UT99 still has a great comunity going on.

One of my favorite games of all time, thanks for keeping it alive!