Hello and welcome to our second development diary! Today we will try to unveil the whole mystery around faction system!

Factions are deffensive and offensive alliances between rulers of Azeroth. Joining such an union, results in alliance with all other union members. Simple, isn't it? There were many factions like those in history of Azeroth. Canonnical factions can come into live under various circumstances. For example, Old Alliance can be created if Stormgard falls to strong enemy host, such as Horde. Factions cannot be created by every pleb in Eastern Kingdoms, you must be at least a King and a capable diplomat to unite other kingdoms under one banner. After years of succesful cooperation between members of faction, leaders can try to strengthen them into more centralized states. 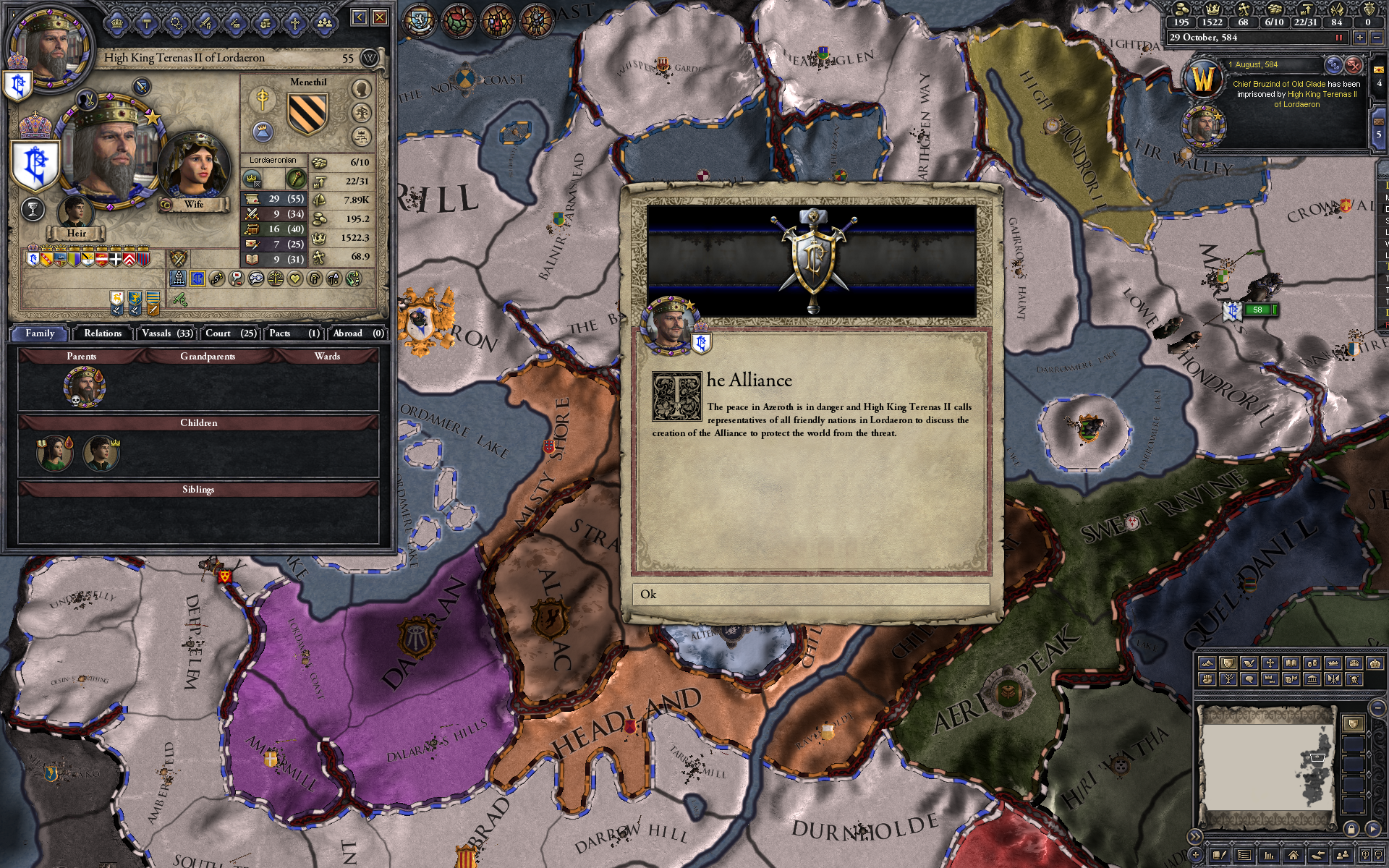 As faction's main goal is joint defence, we need to raise up subject of war. All members take part in all wars concerning one faction, no matter if it is defensive or offensive war. Orcish Horde also get a special casus belli - „Orcish Invasion” , which allows them to annex whole countries at once. But, if the defenders win, all annexed provinces will return to their old owners or friendly candidates (Daval Prestor and Alterac), if there is noone to recive the province, it will go to the person with highest war participation. There is no white peace in a war between factions, conflict ends with total annihilation of one the sides. Even if the leader of an alliance falls, war will continue under a new leader (chosen from the members). Lok'tar ogar, as the saying goes! 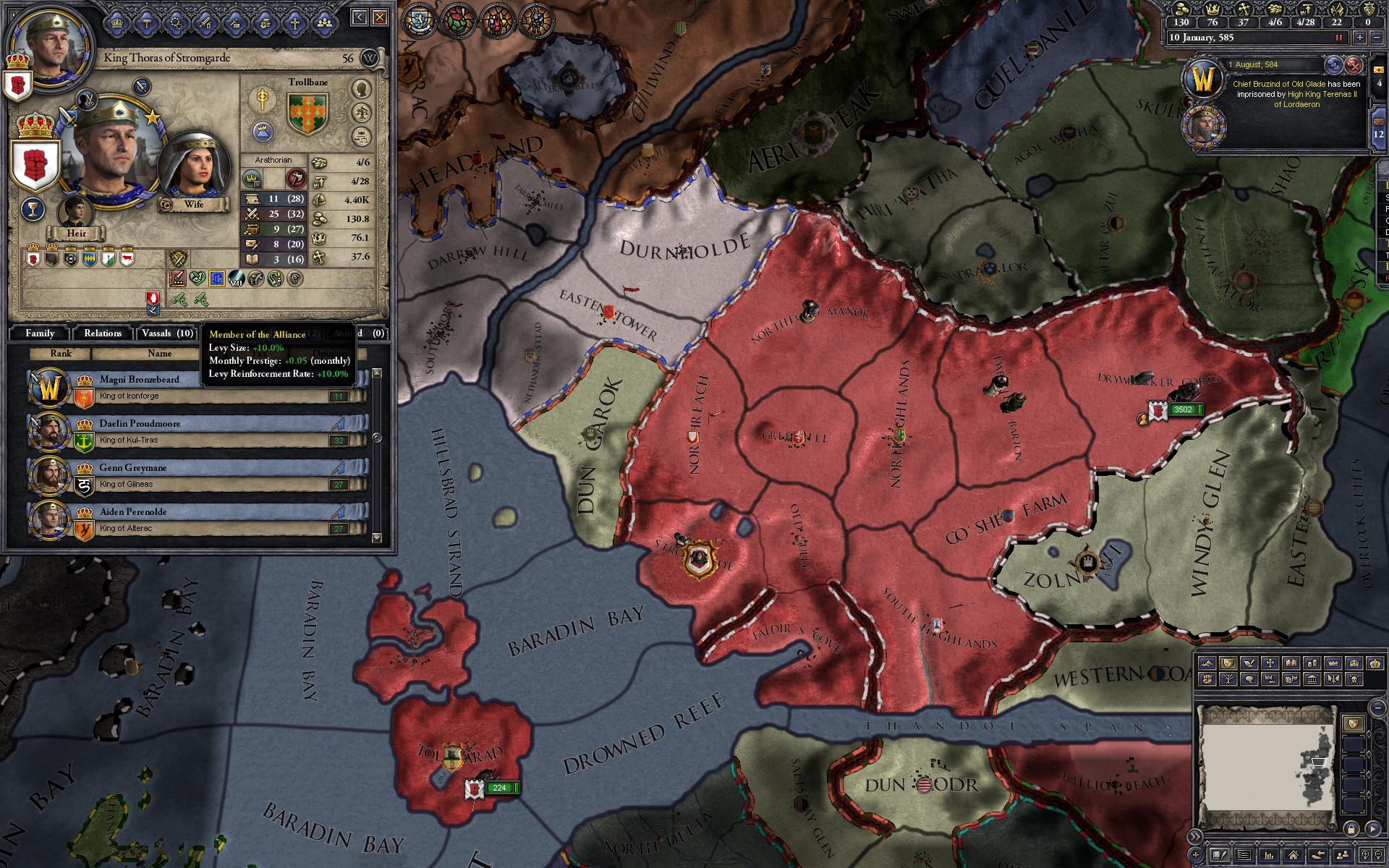 After a similar war you can ask your leader for occupied provinces, if you have a claim for them or if you realm borders that province. Of course, stronger and more prestigious characters will have an easier time with it. 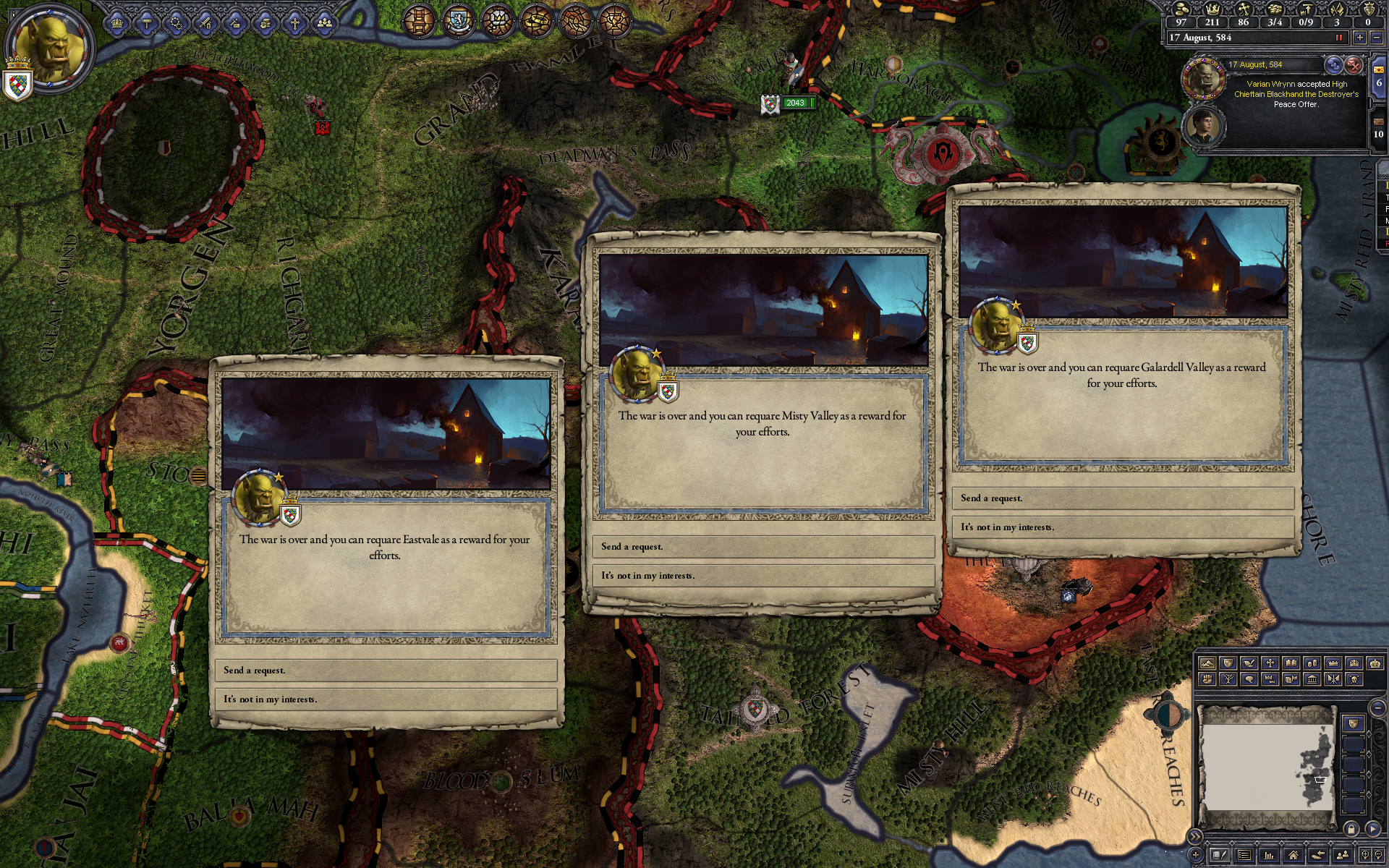 That's all for today's diary, cheers!