New information regarding the inventory and in game user interface.

In my previous developer blog I discussed a bit about handling inventory in Cave In and a lot has changed since then. Inventory is a core element in Cave In as we want to integrate that feeling of old school puzzle adventure games with modern mechanics. This being said I decided to go a different direction in how we handle not just inventory, but our user interface over all.Cave In is very story driven which means along the way you will come across notes and information as well as interact with items and the environment. A good way of gluing it all together was through a singular device which the modern person tends to carry in their pocket.

A smart phone was a logical container for the data the player has access to in the game, but I didn’t want just a static graphic of a cell phone. I wanted it to feel tangible and immerse. This meant utilizing a 3D model for the phone and not just a 2D GUI that appears. 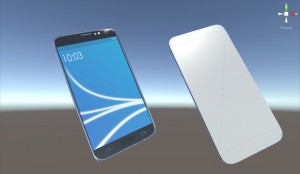 First step was to model and texture a realistic phone model that we could then overlay uGUI on top of. The nice thing about the newer Unity GUI system is that we can have a GUI canvas in world space which meant having it attached directly to the phone. I also wanted the interface to function similar to an android desktop with functional “apps” for accessing player inventory, notes and also a camera and gallery (more below about this).The inventory concept in some ways resembles how the PipBoy 3000 works in Fallout 3. You press tab and the phone swings in and you can access the UI attached. Because the phone is 3D and attached to the player it is properly lit by and reflects the environment. 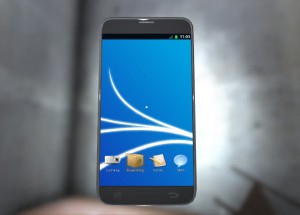 After deciding on using a smart phone for the core interface gave me the idea to also integrate a Camera App. This way the player can take a snapshot of certain important information in the game that isn’t “written” down and collectible. So for instance taking a picture of ancient symbols on a wall that may relate to a puzzle element instead of feeling like you should scribble it down on some paper for reference. This will make puzzle progression more immerse and interesting by allowing for easy reference to important data. 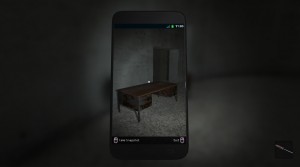 At first adding the inventory in to the smart phone seemed rather silly given that the cellphone is not a physical storage container. The player is simply tracking what they have on them via the inventory “app” which does make sense and keeps all ui interactions in one centralized location. 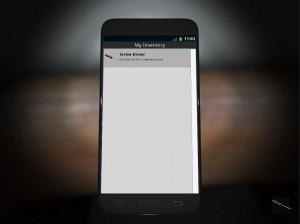 Much of the phone UI is still a work in progress as we continue to add more functionality to it, but so far the core mechanics are in and functional. We’re very excited about this new feature as I feel it helps to make Cave In a bit more unique and exciting.